In the retrospect, skating was considered only the men’s cup of tea, but now some brilliant women have changed history. Skateboarder girls have become increasingly popular across the globe and got recognition like other athletes. So, here we are to show you the top 10 best female skateboarders in the world.

Skateboarding has also been dominated by females like some other sports. The younger female generation is also captivated by skateboarding and they are getting appreciation for their extraordinary passion and enthusiastic performance worldwide.

There’s no doubt that you are curious to know about the top female skateboarders around the globe. Without further ado, let’s begin the countdown of influential and pro skater girls.

Skateboarding is not just one of the most difficult sports in the world but also one of the most dangerous sports due to its injury potential. However, there are many great female skateboarders who already proved this a myth. And here they are! 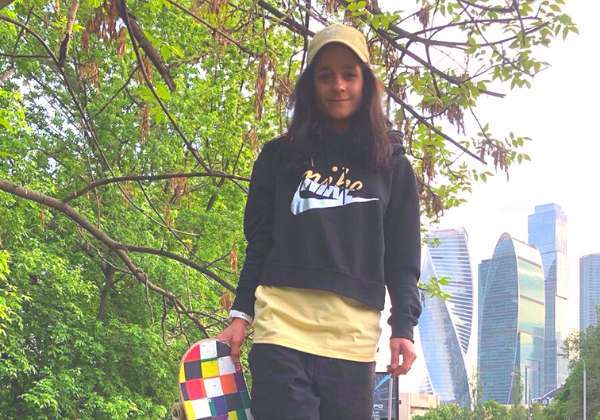 Russian athlete Kate Shengeliya is a professional skateboarder who is our 10th successful female skateboarder. Kate is the goofy-footed pro street skater and competed in the X Games in Austin in 2015.

Kate also participated in the Women’s SKB Street final at XG Minneapolis in 2017 and got 12th in the finals and again she competed in 2018 and finished 9th in the finals.

Due to her accomplishments, she is ranked 600th globally and she is also a riddle for sponsors and shouts like Nike SB, Baby-G, GoPro, and Skate Bag.

A few years back, skateboarding was not that known in Russia. But now, due to skaters like Kate, skateboarding is definitely developing and huge numbers of female skaters are emerging every day which means the ladies are going to dominate the skateboarding world in the future. 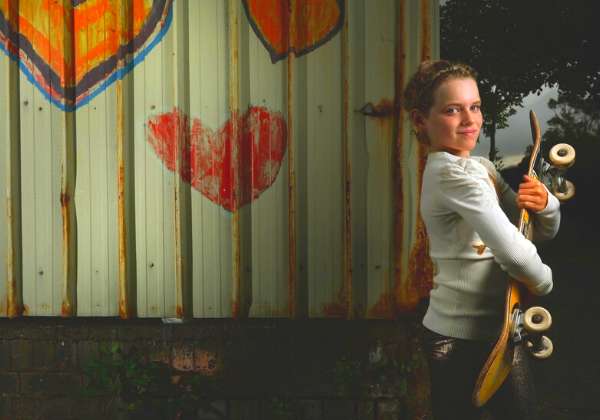 Sabre is well known for her health issues and was diagnosed with the condition Chiari malfunction but despite all these challenges she never stopped skateboarding.

Because of her dedication to skateboarding, she is in the top 10 most successful skateboarders. And there are just a handful of skateboarders who showed equal prominence to Noris at the age of just 16. 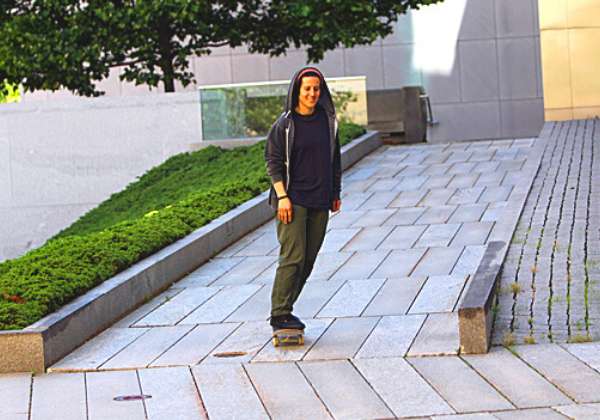 She started skating when she was just nine years old. Despite her graduation in Architecture, she decided to pursue her career in skateboarding and participated in many X Games competitions, and won silver medals twice in 2009 and 2011 playing for X Games in Los Angeles.

In her whole career, Sablone also won gold medals three times in 2010, 2012 in Los Angeles, and 2015 in Austin. Besides, she won the Bronze in 2018 in Minneapolis, representing the United States.

As she is an Olympic skateboarder, in 2020 she participated in the Olympic Games in Tokyo and got the fourth position there. A Filipino professional skateboarder Margielyn Diedal, 22 years old, is also one of the most successful female skateboarders. Didal is also a street skateboarder who started skating at the late Concave Park in the Philippines and pursued her big dreams.

In 2018, she won her first gold medal in Asian Street Games in Jakarta Palembang. Didal also competed in the Southeast Asian Games and won gold medals two times in the Game of skate and Street games.

Time magazine included her in the list of ‘’25 most Influential Teens of 2018’’ after winning the gold medal representing the Philippines. She is now also widely dubbed as one of the most popular female athletes on Instagram.

Besides, these gold medals she also played nationally accomplishing one more medal in Women’s Street at the 2019 Philippine National Skateboarding Championship. Recently, at the finals of the inaugural women’s street skateboarding event, she won the Tokyo Olympics too because of her resilient performance. 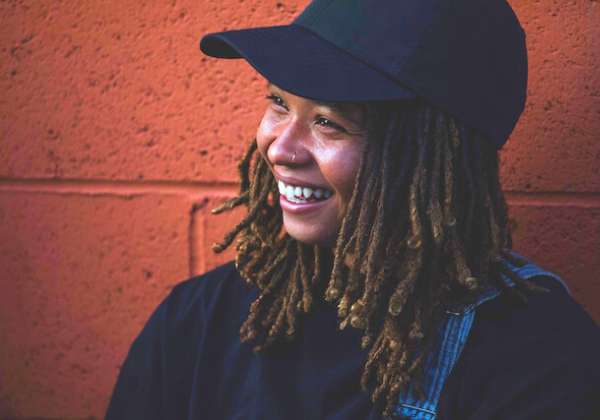 The 27 years old American Samarria Brevard is a professional skateboarder and deserves the 6th spot in our best female skateboarders ranking. Pro skater Samarria began skating at the age of 13 and is the most powerful goofy-footed skateboarder.

She is a true street skater and made history as the first black woman by winning the silver medal at the X Games competition in 2017.

Brevard is famous for her unique skating tricks and she also films her impressive tricks such as landing a 360 flip-down ten stairs.

After winning the Kimberly Diamond Cup Women’s Street Championship in 2014, she became the most famous skateboarder and got multiple advertisements from most famous brands like Enjoi, MovieTickets.com, Bones, Active, Cloud, and 9 grips. 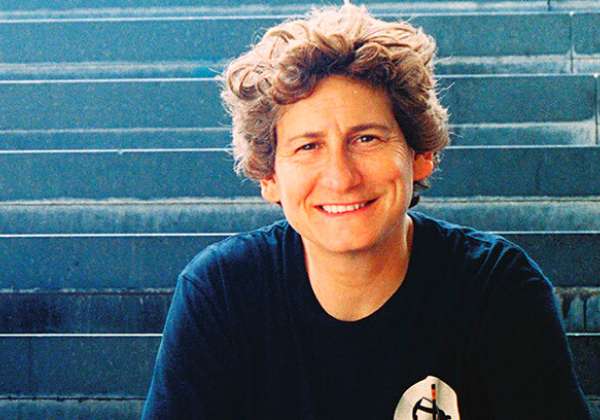 An American professional skateboarder Elissa Steamer is a 48-year-old pro skater, who started her career in 1989 representing the United States. Despite her age, she is still dubbed as one of the fittest female athletes right now.

In her whole successful career, she won many titles, medals, and awards and earned the 5th position in our top 10 best female skateboarders in the world. Elissa was titled Check it Out Girls as ‘’Female skater of the Year’’ in 2003.

She won the gold medal four times between 2004 and 2006, and again in the 2009 X Games, in Women’s Street, and in Los Angeles. Besides her skating, she also proved herself the most playable and influential character in the first five installments of the Tony Hawk’s Pro-Skater video game series.

It was the skateboarders like Elissa who progressed without gender discrimination and conquered the skating world. In addition, she got much fame for advertising some stalwart companies like Nike, Zero, Machines, Baker, and Toy. 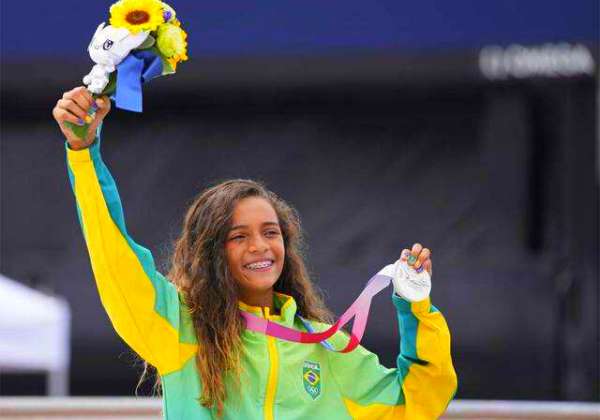 13 years old, Julia Rayssa Mendes Leal is a Brazilian professional skateboarder. She got famous because of her skating internet videos, and is widely famous as ‘’The Little Fairy of Skateboarding’’.

Known as Rayssa Leal, she is the youngest skater who won the women’s final on the Street League Skateboarding World Tour. In 2019, she won Nickelodeon Brazil Kids’ Choice for becoming the inspiration of the year.

Recently, in the 2021 Tokyo Olympics, she won the silver medal in women’s street skateboarding and again she is the youngest skater to do that. Despite her young age, she received huge praises from everyone, and she hopes to reach the top in the coming years.

In a short period, Leal has achieved so much in her profession and made her country proud, that’s the reason she got 4th position out of the top 10 best female skateboarders in the world. 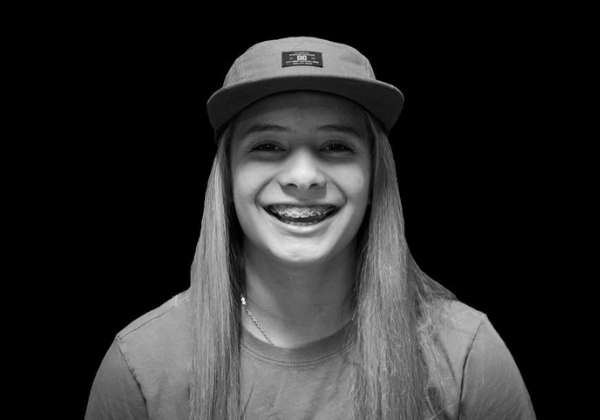 20 years old American professional skateboarder Alana Smith is one of the best girl skateboarders, who started her successful career in 2012. In the same year, she landed a 540 McTwist and became the youngest female to win that competition.

In 2013, she won the silver medal as the youngest skateboarder at the X Games in Barcelona. And now, she is one of the most dominant forces in the world circuit.

In addition, she is fearless, the first non-binary skateboarder, and made history at the Olympics. 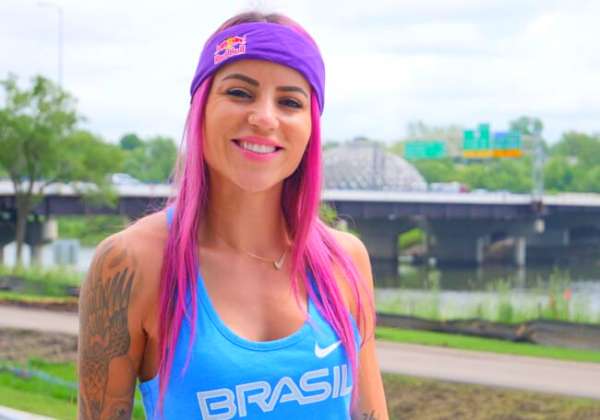 A Brazilian-American professional athlete Leticia Bufoni is the second most successful skateboarder in our 10 best skateboarders in the world. Besides, she is now also regarded as one of the most marketable female athletes in the world right now.

Bufoni began skateboarding when she was just 9, and at the age of 14, she went to Southern California for competition in the X Games. She started her career as a professional player in 2007 and became a pro-girl skater.

Two years in a row, Leticia won the Excellent Mystic Skate Cup in Prague, Women’s Street, Czech Republic. Besides, in 2016, she also won the title of “Queen Of Swag” in Nickelodeon kids’ Choice Sports. Due to her devotion and passion for skateboarding, she has won X Games Gold medals five times.

This is her huge accomplishment as a player and that made her more famous in the skateboarding world. After Armanto, she is the most influential and energetic skateboarder, who is paving the way for other skateboarder women. 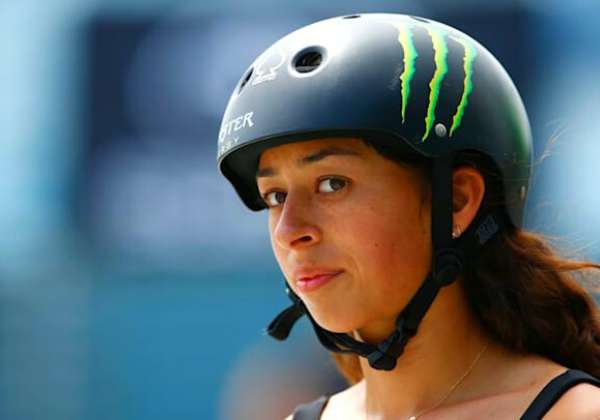 The 28-year-old, Elizabeth Marika Armanto, is the most successful American Finnish professional skateboarder. Armanto started skateboarding in Santa Monica at the age of 14, in 2007.

During the 2013 X Games in Barcelona, she won silver in the women’s skateboard park event. And then in 2014, she accomplished Van Doren Invitational in Huntington Beach, California.

She has won many tough challenges including the most infamous one when in 2018, she rode the loop, a 360-degree vertical ramp that was invented by Tony Hawk himself.

Widely known as the best female skateboarder, Lizzie is also an expert in fashion, as she designed unique skating uniforms for her and her coaches. Being the champion, she is widely recognized by major companies like Vans, Dailygrams, Inspo, and Boss.

That’s all folks! We brought for you amazing females who are queens of the skateboarding world. And they are robust and advance confidently to break stereotypes.

Skateboarding is a kind of fun more than a game or competition, and women are surpassing male skateboarders as females are achieving more goals as compared to males.

Hopefully, you loved the rankings and got interesting facts about your favorite one. If you liked our rankings, make sure to write a comment for us or send us an Email. It will be encouraging for us to bring up more alluring facts about female skateboarders.

Q. Who is the best female skater in the world?

The best female skateboarder in the world is Leticia Bufoni. She has achieved multiple awards and medals which made her the best and very successful of all time. Bufoni has over 2.8 million Instagram followers, making her likely the most famous skateboarder of her time.

Q. Who is the best female skateboarder in 2022?

Q. Who was the first female skateboarder?

1 thought on “Top 10 Best Female Skateboarders In The World”