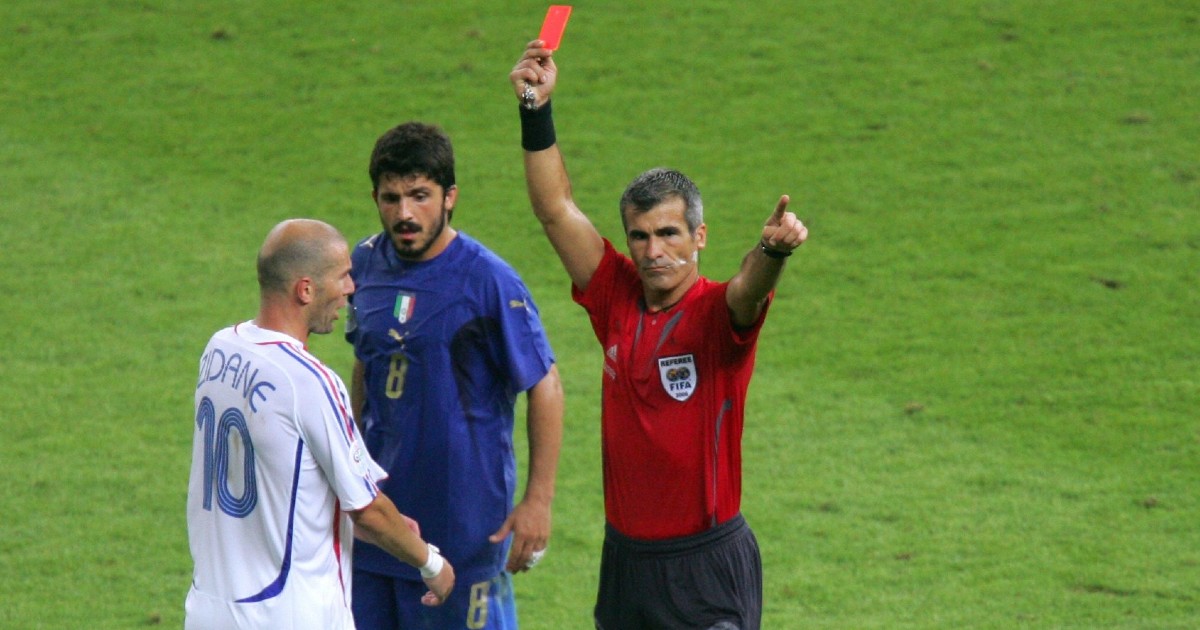 In a few months, the footballing community will shift their attention to Qatar and the World Cup. As always with any World Cup, the usual suspects, such as Germany, Brazil, and Argentina, will be expected to go deep in the tournament.

Of course, there will be fascinating subplots and twists, and you can expect a few upsets.

Ahead of this year’s edition, we’d like to cast our minds back to 10 of the biggest World Cup surprises, which sent a few shockwaves through the game.

Please note that this carefully curated list isn’t in any chronological order, but they were still huge upsets nonetheless.

Despite boasting one of the best footballers of all time in Diego Maradona, Argentina was tamed by Cameroon. At the time, Cameroon’s starting XI largely comprised of players from France’s second division.

But Argentina, who won the World Cup four years earlier, was unable to prevent Francois Omam-Biyik from leaping into the air and powering home the header. It was truly extraordinary stuff, and Cameroon lit up the World Cup that year.

Well, we have never forgotten the exploits of Roger Milla, who, at the age of 38, was the oldest World Cup scorer, and he helped Cameroon reach the quarter-finals.

Yes, it may seem hard to believe, but there was a time when Scotland was good at football! While World Cup Finals appearances have been few and far between in more recent years, they topped the mighty Netherlands in 1978.

Archie Gemmil produced a moment of genius as he scored a stunning solo goal, and a Netherlands side that was renowned for ‘total football’ when they had a certain Johan Cruyff playing for them was left stumped.

The Germans were supremely confident before the match that manager Jupp Derwall had suggested he would head straight back to Munich if his team lost.

Even some of the players thought Algeria would be a walkover, and they were convinced they would shovel a few goals past them. But Algeria failed to read the script, and they were more lively, winning the game thanks to strikes from Rabah Madjer and Lakhdar Belloumi.

Germany, however, had the last laugh in the group stages when a 1-0 win over Austria sent Algeria tumbling out of the tournament.

Perhaps not renowned for their footballing ability, North Korea wielded the ax as they claimed a huge scalp in Italy.

Although Italy was forced to play an hour down to 10 men due to an injury, Pak Doo-Ik was the difference between the two sides as he supplied a neat finish after latching onto a headed-through ball.

England and the USA are accustomed to facing each other in the World Cup. In 2010, the two sides played out a 1-1 draw, but 1950 was on a different level.

The Three Lions were dripping with talent at the time, as the side contained the likes of Stan Mortensen and Alf Ramsay. But a USA team made up of part-timers spoiled England’s party as Joe Gaetjens netted the only goal of the game seven minutes before the interval.

This was the start of Germany’s nadir. For Germany to be bundled out of the group stages was nothing short of national humiliation. Perhaps then Germany manager Joachim Low was guilty of his unwavering belief in his players for delivering the World Cup in 2014.

But Germany turned in a dismal performance against South Korea, and it was one of the biggest upsets of the World Cup in 2018.

Germany features again on this list, but this time for all the right reasons. Brazil is known as the Samba Kings, but this was far from a regal performance from the South American giants.

It was utter carnage as Brazil was torn from limb to limb by an unrelenting Germany who surged into a 5-0 lead inside half hour. It had the feeling of a training game, and Germany loved every minute of it.

Whether we will see an upset of this nature in the forthcoming World Cup remains to be seen. However, the best FIFA World Cup betting sites will be brimming with plenty of outright markets to tempt bettors to part with their hard-earned cash.

Some of the top sites for FIFA World Cup betting, such as bet365, don’t expect the five-time winners’ Brazil to capitulate in the manner they did against Germany in 2014. They are trading as the short-priced favorites at around 5/1 to hoist the World Cup and end their 20-year drought to secure international football’s biggest trophy.

But in 2002, the all-conquering French were brought back to earth with more than a bump. A Senegal team featuring mainly unheralded players secured a famous win thanks to a scrappy Papa Bouba Diop goal.

Spain – at the height of tiki-taka – was dizzying to watch. They were merciless as they used to pass teams off the park who were chasing shadows.

But in 2014, they were given a taste of their own medicine by the Netherlands, and the game will be fondly remembered for Robin van Persie’s Superman-style header for the way he launched himself into the air, and Spain lacked the fluidity and panache that we had borne witness to in the past.

On the face of it, there may not seem anything special about West Germany winning the World Cup Final. However, we would be overlooking a highly vaunted Hungary side that contained none other than Ferenc Puskas.

Hungary was the dominant force in international football in the 1950s. They raced into a 2-0 lead inside eight minutes thanks to goals from Puskas and Zoltan Czibar, but Germany had other ideas.

A double from Helmut Rahn rounded off a superb day for West Germany, and it remains one of the biggest upsets in the post-war period.