Christian Mate Pulisic, famously known as just Christian Pulisic, currently plays as a winger for the Premier League side Chelsea. Besides, he also played as an attacking midfielder for the United States national football team. A product of the youth academy system of German Bundesliga side Borussia Dortmund, Pulisic first came into prominence while playing for the club in 2016.

Christian Pulisic Biography, Net Worth, and Other Interesting Facts

He instantly created a sensation over the German media after making his debut at the age of just 17 in 2016. Chelsea then bought him for $73 million ahead of the 2019-20 Premier League season. That transfer made him the most expansive American footballer of all time. Besides his club success, he also made his international debut for the US team in 2016. Shortly after, he became the captain of his country. 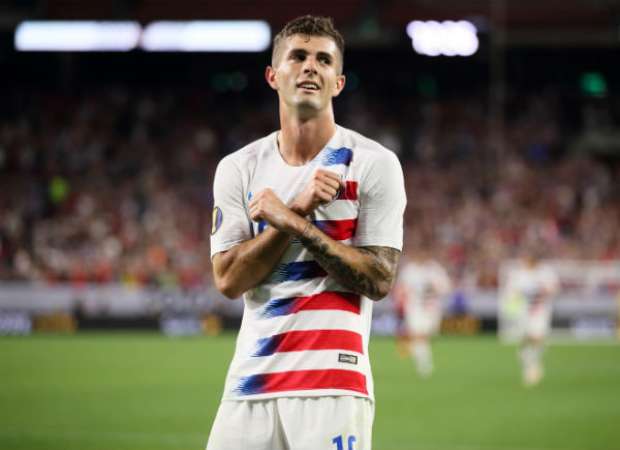 Pulisic continued playing for the Penn FC during his teenage years. He first caught the eyes of German Bundesliga side Borussia Dortmund due to his impeccable skills and brilliant dribbling abilities. The club then signed him in February 2015 when he was just 16 years old. After playing a few matches for the U17 side, he has earned his promotion to the U19 squad in the summer of 2015. In his debut season, he scored 10 goals and provided 8 assists in just 15 matches.

He made his UEFA Champions League debut against Legia Warsaw on 15th September 2016. Pulisic then marked a brilliant assist in the UCL against one of the richest football clubs, Real Madrid, in that same month. He signed a contract extension with the club on 23rd January 2017 that made him stay at the club till 2020. Shortly after, he scored his first UEFA Champions League goal against Benfica on 8th March 2017. He then scored his first DFL-Supercup goal against Bayern Munich on 5th August 2017. 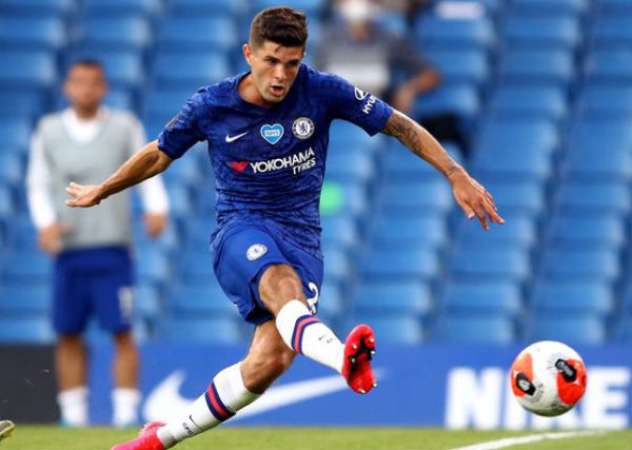 Pulisic took his transfer to one of the Premier League champions, Chelsea, on 2nd January 2019. He recorded an unbelievable $73 million (£57.6 million) transfer fee making him the most expansive American footballer of all time. He also became the second most expansive transfer from Borussia Dortmund, right behind Barcelona star Ousmane Dembélé. Pulisic made his Premier League debut in a match against Manchester United on 11th august 2019.

He scored his first hat-trick against Burnley on 26th October 2019. With that feat, he became the youngest player of Chelsea to score a Premier League hat trick. Shortly after, he scored his first UEFA Champions League goal against Valencia on 27th November 2019. Right before the COVID crisis in England, he suffered an injury. After the lockdown gets over, he made his comeback and scored his first goal against Aston Villa on 21st June 2020.

Since he started gaining prominence in his club career, Pulisic also started representing the U15 and U17 sides of the United States. He led his country as the captain in the 2015 FIFA U-17 World Cup. Pulisic also received the opportunity to play for Croatia which he declined. He continued to play for the U17 side of America and scores 20 goals in 34 international games. Shortly after, he earned his first senior team call-up on 27th March 2016 to participate in the World Cup qualifying game.

He made his first international debut for the USA senior team in a match against Guatemala on 30th March 2016. Pulisic then took part in the Copa América Centenario hosted by the United States. In that tournament, he became the youngest soccer player ever to score in an international match against Bolivia. He then scored his first FIFA World Cup qualifier goal against Saint Vincent and the Grenadines on 2nd September 2016.

Pulisic then scored back-to-back goals against Panama as well as Trinidad and Tobago in the FIFA World Cup qualifier. He also became the top scorer of the fifth round after scoring five goals. However, the United States failed to qualify for the FIFA World Cup despite his brilliant performance. He then captained the USA soccer team for the first time in a friendly against Italy on 20th November 2018. 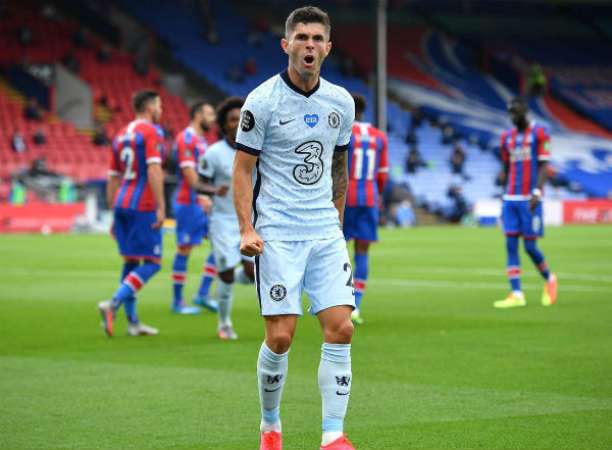 Mate Pulišic, the grandfather of Christian Pulisic, was actually born on the island of Olib in Croatia. He then moved to Germany after obtaining Croatian citizenship to avoid getting a work visa in Germany. Christian Pulisic is the youngest child of Mark Pulisic and Kelley Pulisic. Both of his parents played soccer during their time at George Mason University.

His father, Mark Pulisic, also played professional indoor soccer for Harrisburg Heat during the 1990s. He then became a soccer coach for both youth and professional teams. Christian has a cousin named Will Pulisic who currently plays for the German Bundesliga side Borussia Dortmund. Besides, he also represented the U17 side of the United States alongside Christian.

Pulisic was born on 18th September 1998 in the Hershey community of Pennsylvania, United States. His last name, Pulisic, was actually derived from the Croatian city called Pula. He grew up cheering for several other teams besides soccer teams, such as the New York Jets and Philadelphia 76ers. During his childhood days, he spent some time in Tackley, a beautiful village near Oxford, England.

According to the current financial report of 2022, the net worth of Christian Pulisic is estimated to be around $15 million. He currently earns around $4 million per year for his current club Chelsea. Besides, he also earns quite a lot for his appearance on the United States soccer team. He currently has several endorsement deals under his name. Pulisic is currently associated with some of the biggest brands like Hershey, Gatorade, and Nike. 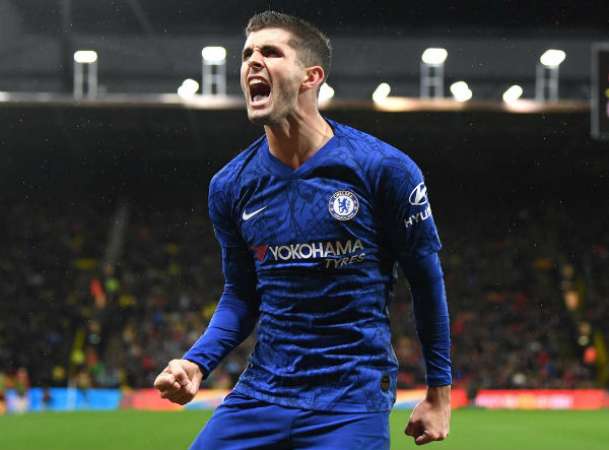 Besides helping Borussia Dortmund to win the DFB-Pokal in 2016 and helping the United States to become the runner-up in the CONCACAF Gold Cup in 2019, he has many individual accolades under his name. Some of the most notable awards among those are as follows.

Q. Why is Christian Pulisic so famous?

Pulisic became famous for playing in, assisting, and scoring in the UEFA Champions League and winning the DFB Cup over Eintracht Frankfurt in May 2017 because he was the youngest American to win a major European trophy.

Q. What is the current net worth of Christian Pulisic?

There is no exact figure for Pulisic’s net worth, but it is estimated to be around $10 million (£8m).

Christian Pulisic, the American midfielder, said. “I feel like there’s always someone around me.”   “My faith in God has grown significantly in the past year, especially since I’m here alone”.

Q. What does the tattoo of Christian Pulisic say?

Christian Pulisic has four tattoos that are very prominent ‘Eagle and Flag’ Tattoo, The player’s left shoulder and upper arm are covered by a tattoo of a giant American bald eagle. A quote tattoo, a sculpture tattoo, and a ‘Tiger and Date’ tattoo.

Q. What is the current salary of Christian Pulisic?