What has been the biggest football debate of all time? Yup! you got it right. It’s Ronaldo vs Messi. The fans, the critics, the football stars, the coaches, the managers, and it seems that everyone on the face of the earth who has anything to do with football has given his/her opinion on the matter. 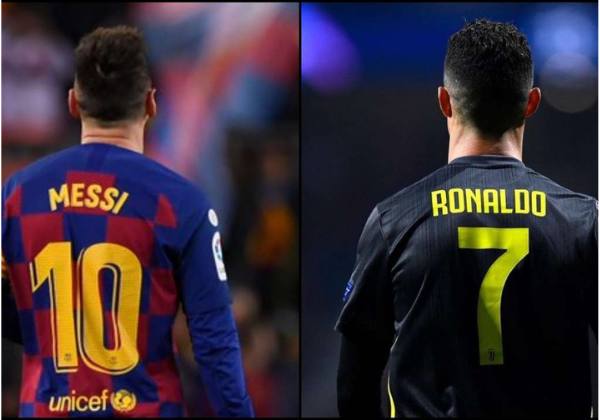 13 Reasons Why Cristiano Ronaldo Is Better Than Lionel Messi

12. Ronaldo has proven himself in 4 different clubs in 4 different leagues. While Messi has only played for just two clubs in his career (Barcelona and PSG) and has found a comfort zone from which he is not willing to come out.

11. Ronaldo has 1 major International Trophy. Messi has none.

10. Ronaldo is the highest ever goalscorer in the Champions League with 120 goals, while Messi is at second with 103 goals.

8. Ronaldo has much better leadership skills and knows how to carry his team and inspire them to victories under crucial circumstances. Messi, on the other hand, has shown again and again that he gives up under pressure and becomes totally silent on the field.

7. Ronaldo is a much more complete player than Lionel Messi. Ronaldo is strong on his right foot, left foot, and head. Messi, on the other hand, is only strong on the left foot.

6. Ronaldo is faster than Messi. This is a no-brainer. We have seen time and again that Ronaldo defeats defenders with his incredible pace. Messi, on the other hand, is a great dribbler, but he does not have the same pace as Ronaldo.

5. Ronaldo is much better at Penalties than Messi. He is able to score those crucial penalties under pressure. Messi, on the other hand, seems to crumble under pressure and is not reliable when it comes to converting penalties.

3. Ronaldo is a much more marketable player than Messi. The primary reason behind this is his better footballing abilities and excellent style on and off the pitch. So the big companies see Ronaldo as a better option for marketing than Messi.

2. Ronaldo is a better sportsman and knows how to face defeat. Messi, on the other hand, has been seen taking retirement after facing embarrassing defeats. And then taking back those retirements.

1. Cristiano Ronaldo is considered the greatest ever footballer for his country, Portugal. Messi, on the other hand, is still considered to be behind Maradona by some. Ronaldo is the best all the time.

Do you agree with the article? Tell us your opinion about Messi vs cr7 in the comments section below. Also, don’t forget to share the article with your friends.

Q. Who is best the best footballer between Ronaldo and Messi?

Q. Who is faster between Cristiano Ronaldo and Lionel Messi?

Manchester United star Cristiano Ronaldo is currently regarded as the fastest player in the world. He can now touch a speed of 33.6 KM/h while playing the beautiful game. On the other hand, PSG’s Lionel Messi can touch a top speed of 32.5 KM/h.

Q. Who is the current best footballer in the world?

Though it would be foolhardy not to mention Lionel Messi’s season with Paris Saint-Germain, he remains the undisputed king of the football world. Lionel Messi is the best player of his generation.

Q. Who is the skill-king in football?

Lionel Messi, without any doubt, is one of the most skilled players in football today. He has run riot with his magic touch on the ball for almost two decades.

Q. Who is considered the GOAT in football?

Tom Brady, the quarterback of the New England Patriots, better known as the GOAT, is set to retire after 22 years in the league.

37 thoughts on “13 Reasons Why Cristiano Ronaldo Is Better Than Lionel Messi!”