Filipino pool legend Efren Manalang Reyes, famously known as just Efren Reyes, was the first pool player ever to win the World title in two different categories. Nicknamed ‘The Magician’ by the fans, Reyes defeated Earl Strickland in the 1996 ‘Colour of Money’ event and bagged $100,000, the highest single-event purse in the history of pool till now. Besides, he also won several other notable titles, such as the 1999 WPA World Nine-ball.

Reyes won the Eight-ball Championship four times, the US Open thrice, World Pool League twice, and Derby City Classic a record 14 times. He is widely considered the greatest pool player ever, as he has five Master of the Table crowns under his name. Efren Reyes Early Career

Reyes started working as a billiards attendant during his early days at a billiard hall operated by his own uncle. During that, he developed a keen interest in several cue sports. He then started practicing the game. However, he was too short at that time to even reach the height of the pool table. So, he started practicing the pool while standing on coca-cola cases.

He started playing ‘three-cushion billiards’ during the 1960s. And by the 1970s, he established himself as the winner of small gambling matches and tournaments. After several competitive successes, promoters discovered his talent and thought of putting him in big tournaments. Shortly after, Reyes earned his place in ‘Team Philippines’ for the 1978 RP-Japan Pocket Billiards Tournament. 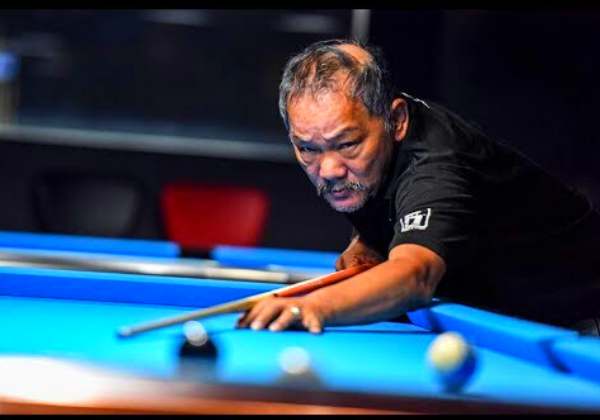 The first big break of Efren Reyes came when he defeated Pepito Dancer with a 39-32 score on the seventh week of the Philippine Professional Pocket Billiards Championships in 1983. Shortly after, he went to the United States to start his hustling career and to get international recognition. After winning several big-shot tournaments in the US, Europe, and his homeland, Reyes established himself as one of the best players in the Philippines in the 1990s.

He became the first non-American to win the US Open Nine Ball Championship after he defeated Nick Varner in 1994. Reyes then created a solid media buzz after he was chosen to face Earl Strickland in the inaugural ‘Colour of Money’ match in 1996. He won the match by a score of 120-117 and bagged a $100,000 single-winning pool purse. Reyes then became the first-ever pool player to win the WPA World Nine-ball Championship after it started broadcasting on television in 1999.

He won the International Billiard Tournament in Tokyo in 2001 and bagged $170K prize money. It was also the biggest winning prize at that time. He then won the International Challenge of Champions by defeating Mika Immonen in 2002 and bagged $50K. Reyes then won the WPA World Eight Ball Champion in 2004 and became the first pool player ever to win the world title in two different disciplines. 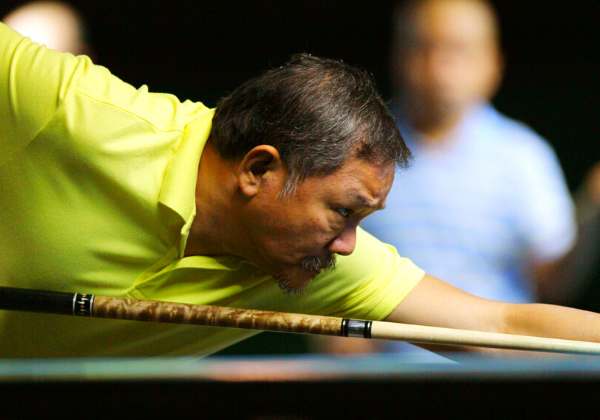 Reyes defeated Mike Sigel and won the IPT King of the Hill 8-Ball Shootout in December 2005. He bagged a record-breaking $200K in that tournament. Reyes, with his teammate Francisco Bustamante, then represented the Philippines in the inaugural World Cup of Pool in 2006. They defeated the Strickland-Morris pair to win the title. He won the IPT World Open Eight-ball Championship and bagged a record-setting $500K that same year.

However, he failed to claim a large chunk of that prize money due to the financial problem of IPT. He then claimed his fifth world title in the 12th annual Derby City Classic in 2010. And by doing that, Efren Reyes became the most successful pool player in the history of the tournament. He achieved the top place on the AZ Billiards Money List from 2001 to 2006. Reyes also made a world record by winning $646K prize money in a single year.

Reyes is known for a brilliant warm-up stroking routine that involves smooth movements of the wrist and shoulder. Several players and critics compared it with a moving piston. He is also known for his unusual cueing technique with a very light grip. He can generate power with controlled timing and minimal effort. Reyes also invented the art of ‘kicking’ where a player lands his opponent in a pocket or counter-snooker to escape. He also used multiple cushions to control the cue ball speed.

Reyes was born in 1954 in the Pampanga province of the Philippines. However, he moved to Manila along with his whole family when he was just 5 years old. During his childhood days, he displayed his passion for the game of the pool. And he earned his nickname ‘Bata’ during that time. It literally means ‘kid’ in the Filipino language. He got his name as another senior player named Efren was active at that time. During his early career days, he started earning praise from his contemporary Filipino players.

However, he used an alias name during his first visit to the United States. Efren Reyes himself once said in an interview, “[The] first time I came over to the states, I used an alias of Cesar Morales. Pool players in the US already knew Efren Reyes as a great shooter from the Philippines, but they [hadn’t]…seen…[me]…in person.”

Reyes appeared in a 2003 Filipino movie ‘Pakners’ with former actor Fernando Poe Jr. He then also appeared in a 2007 short film called ‘Nineball’. In an episode of the famous Filipino TV program ‘Magpakailanman’, Anjo Yllana played the role of young Efren Reyes. The episode portrayed how Reyes became a tournament contender from a money player. The current net worth of Efren Reyes is estimated to be around $2 million, according to recent reports in 2023. Besides his tournament earnings, he also has several big endorsement deals under his name. Efren Reyes also has a great collection of luxurious cars.

Billy Incardona dubbed Efren Reyes as “indisputably the best player in the world” during an ESPN television commentary at the America Open 9-Ball Championship in the 2000 Billiard Congress. Reyes was first named the Player of the Year by the Billiards Digest Magazine in 1995. He became the first Asian pool player ever to be inducted into the Billiard Congress of America’s Hall of Fame in 2003.

He then became the Philippine Sports Ambassador of the South East Asian Games in 2005. Reyes earned the second place in the “Fans’ Top 20 Favourite Players” poll by the Pool & Billiard Magazine in 2007. Without any doubt, he is the greatest pool player of all time.

It is the first time in the history of the WPA that a single athlete has won world titles in two different disciplines. Efren Reyes has also won the AZ Money List five times. His other distinctions include the Philippine Legion of Honor and the Philippine Order of Lakandula “Champion for Life Award.”

Q. What is the price of an Efren Reyes cue stick?

For example, the cue sticks Reyes used to win a tournament championship are highly sought after. An American collector even offered $50,000 for the stick Reyes bought for P200.

Q. Who is the richest pool player in the world?

The highest-paid pool player, Efren Reyes, has a net worth of $2 million. This number is so unpredictable due to the nature of the job. To earn money, professional players need to win tournaments and work their way up in the pool rankings.

Q. Which is the greatest shot in the history of pool?

In our first installment of our new monthly series examining amazing plays on the cloth, we examine what is often referred to as “the greatest shot in pool history”: Efren Reyes’ two-rail kick shot in the final game of Sands Regency XXI in 1995.