Legendary English Premier League commentators Martin Tyler, Rob Hawthorne, Bill Leslie, and Alan Parry is the commentator for Sky Sports this year. BT Sport is also engaged with the team of Ian Darke and Darren Fletcher. The United States hears Arlo White and Steve Bower during the live matches of the Premier League.

We grow up watching football mostly on television besides visiting the ground to cheer for our favorite teams. When it comes to witnessing the football match on the ground, it is always a thrilling experience to be there, to shout for the team, and to watch the football gods play in front of our eyes. But when we sit back home and relax on the couch while watching a football match, it is the commentators who convey to us the exact emotions and excitements of the great game.

Many great footballers choose commentary as their second career as their analytical power is great due to the on-ground attachment to the game. But many great commentators never played the game and still have the charisma to thrill the viewers with their superior voice and with their power to convey emotions. So, let’s start the list of the greatest Premier League commentators. 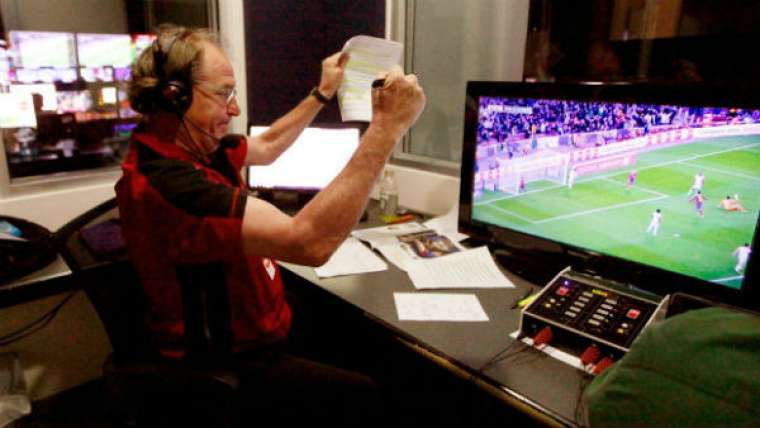 Retired English footballer turned commentator Ray Hudson started his television journey in 2002 with World Cup coverage by ESPN. He then started his full-time commentary career with GolTV in 2004.

Hudson held the position of co-commentator from 2004 and covered Premier League and European League matches. He was also the co-host of American Soccer till 29 August 2007, which was his final appearance on the program.

He then started working as the morning show host of The Football Show on SiriusXM FC 85 in 2012. Hudson currently works as an English-language football commentator on beIN Sports.

With his great voice and analytical skill, Ray Hudson is definitely one of the Greatest English Premier League commentators of all time. 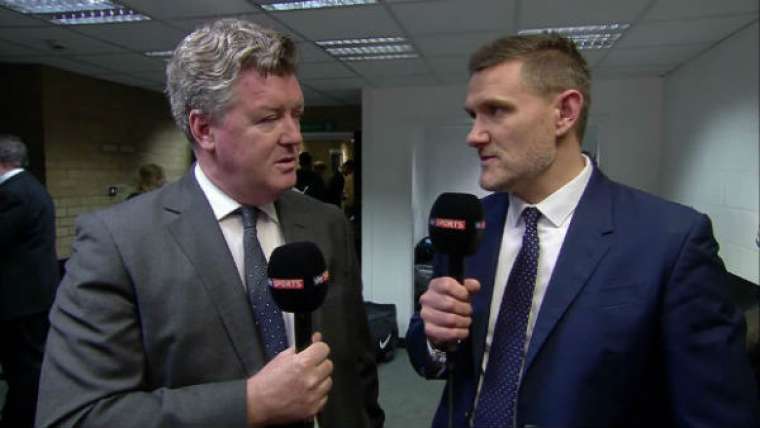 Retired English defender and Football pundit Andy Hinchcliffe is considered one of the best English Premier League commentators because of his powerful commentary.

Before taking commentary as his profession, he played for the England national team from 1996 to 1998 and appeared in 7 international matches.

He sometimes also appears as the analyst of a morning football show on Sky Sports News HQ, which is based on the recent football matches and transfer market in the soccer world. 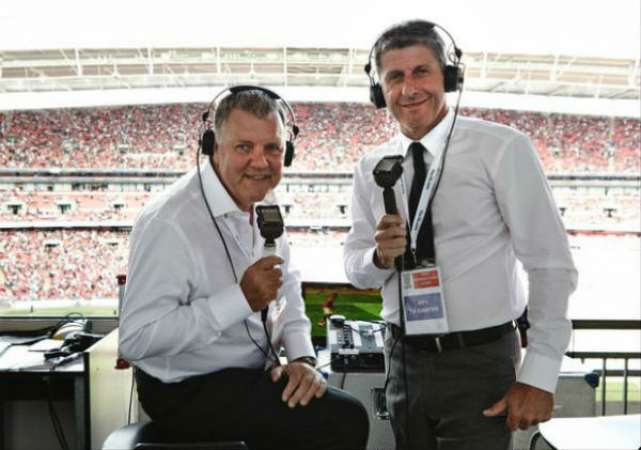 Former Irish midfielder Andy Townsend is the current commentator of BT Sport and is widely regarded as one of the most marvelous English Premier League commentators of all time.

After retiring from football, he joined ITV Sport and became the channel’s lead co-commentator of live football coverage with Clive Tyldesley.

Townsend also co-hosted ‘Weekend Sports Breakfast’ by ‘Talksport’ with Mike Parry on Sundays. He then joined BT Sport as a co-commentator after leaving ITV in 2015 and made his debut for the channel on the 15th of February 2015 in an FA Cup match. 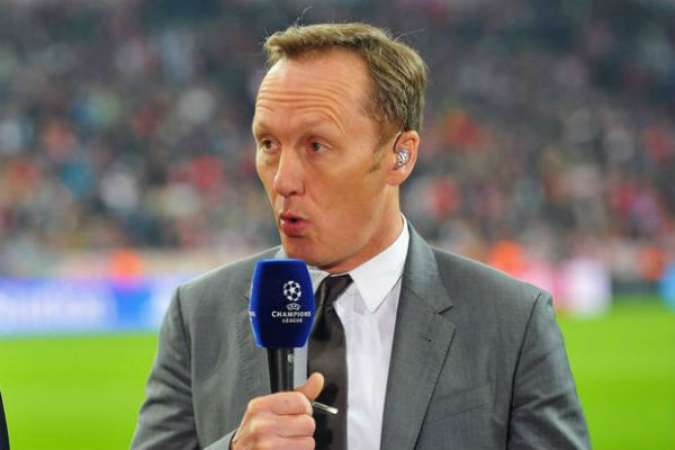 Retired English right-back Lee Dixon began his commentary career working for the BBC after retiring from professional football and is now regarded as one of the excellent Premier League.

He started hosting ‘Match of the Day 2’ on BBC as a football pundit and also appeared on ‘Football Focus’ and ‘Score’ for the channel. Lee Dixon then joined ITV Sport in July 2012 and made a great commentary partnership with Roy Keane.

He then moved to NBC Sports and became the co-lead commentator for the English Premier League with Graeme Le Saux.

He also works with the lead voice of NBC Sports’ live Premier League coverage Arlo White in the United States. Besides his regular EPL commentary, Dixon also contributed to the Premier League Download program of NBC. 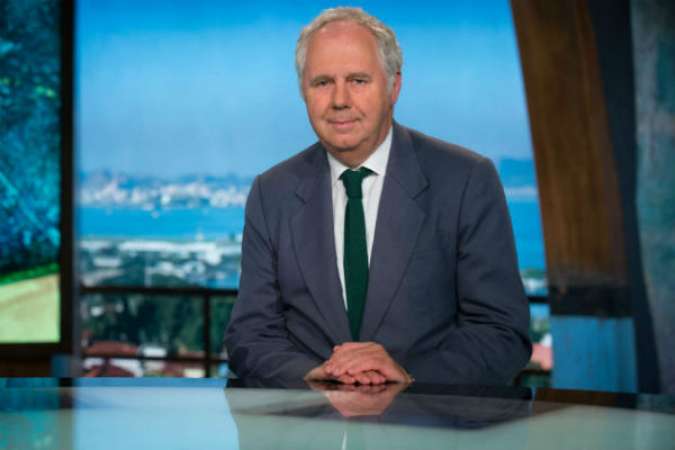 After spending 10 years on BBC Radio, he moved to Sky Sports to cover the newly formed FA Premier League in 1992. Ian Darke was the co-commentator of Premier League live coverage alongside Martin Tyler and also worked as the lead host of Ford Monday Night Football.

He was then offered a three-year contract by ESPN as their voice of the Premier League coverage in the U.S. in 2011. Darke then joined BT Sport as the lead commentator of their Premier League live coverage.

Due to his prolific television career, Ian Darke is known as one of the legendary Premier League commentators of all time. 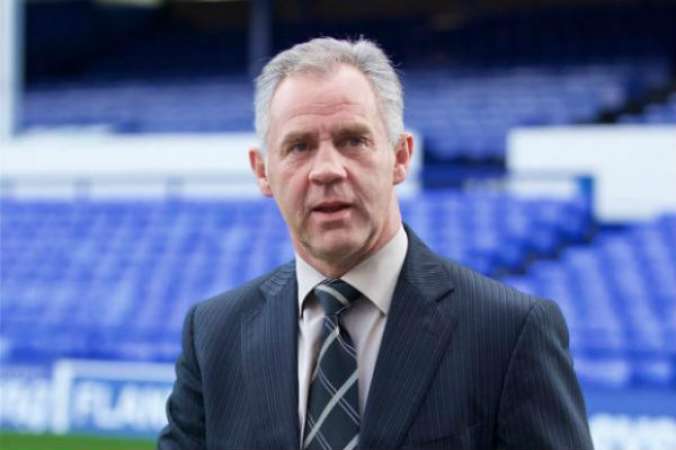 Retired Irish left-back Jim Beglin is known for his awesome voice and marvelous expressions during live football coverage and is known as one of the best currently working Premier League commentators.

After retiring from professional football, he joined RTÉ and covered English Premier League and UEFA Champions League alongside Ireland’s international matches as the main commentator. He then moved to ITV as the co-commentator of live football coverage.

Besides commentary, he gave voice to Liverpool’s official DVD and video releases. Jim Beglin is also the co-commentator of the Pro Evolution Soccer game series since 2011. 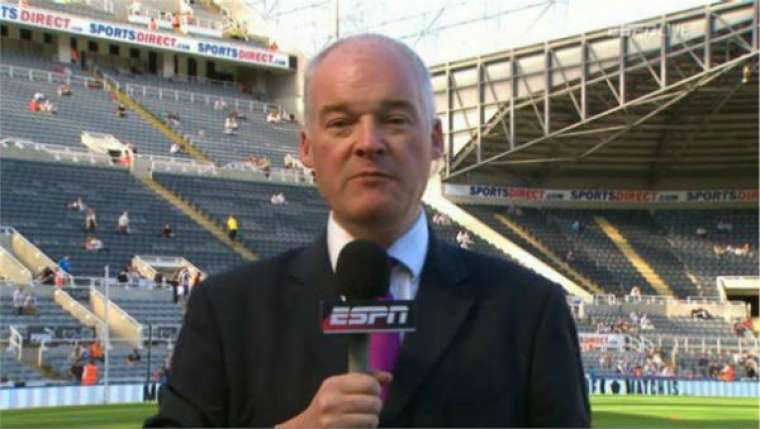 Reputed Football commentator Jon Champion worked for several television and radio channels over the past 30 years. He also deserves his place among one of the greatest Premier League Commentators of all time.

Jon started his journey in the late 1980s with BBC Sports. He covered football matches between 1992 and 1996 as a commentator for BBC Radio Five Live.

The champion then moved to the television segment of BBC. He worked as a commentator covering Premier League and FA Cup till 2001.

He then moved to ITV and became a regular part of the commentary team. Jon was then loaned out to Setanta Sports UK in 2007 for live football commentary. Jon Champion then permanently moved to ESPN UK in 2009. 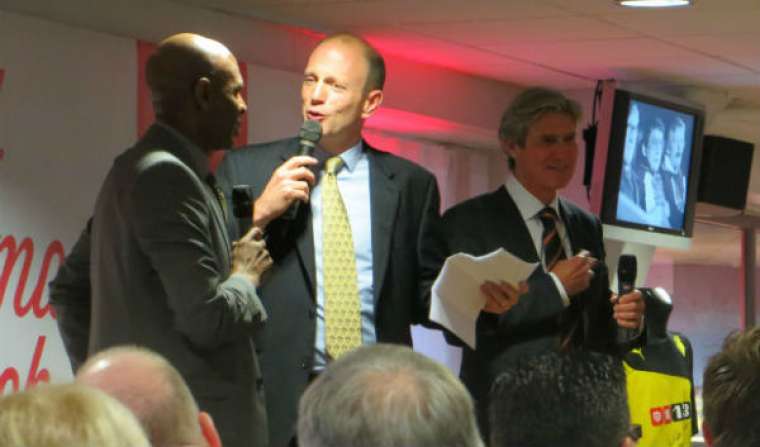 Fans know Peter Drury for his marvelous voice and smoothness of delivering emotions from the field. This Widely known football commentator also deserves his place among the best Premier League Commentators of all time.

He started his television journey with ITV Sport in 1998 as their number two live football commentator. He then moved to GMTV in 2000 and spent 9 years as the sports bulletin reader for the channel’s GMTV Today segment.

Peter Drury joined BT Sport in 2013. He currently covers Premier League, UEFA Champions League, UEFA Europa League, and FA Cup for the channel. Besides appearing on TV, he is also the lead commentator in Pro Evolution Soccer since 2015. 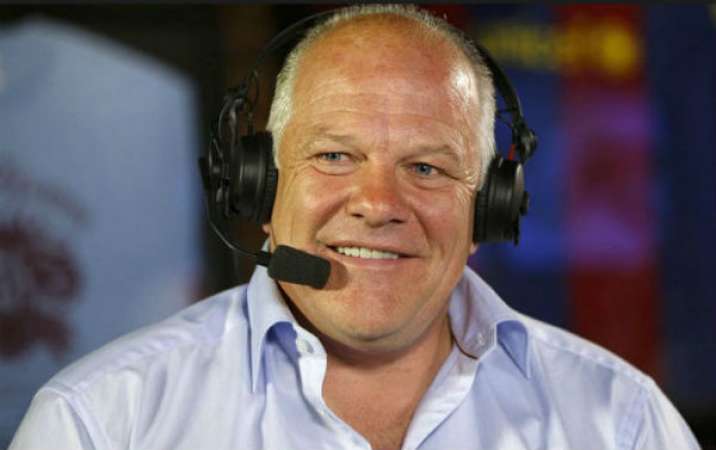 He joined Sky Sports and became the live football commentator covering Premier League since its inception in 1992. Gray then moved to appear on a corporate hospitality show called ‘Smash It!’ in 2011.

He then signed up for talkSPORT for football coverage in February 2011. Andy Gray currently covers the Premier League matches on beIN Sports.

Besides, he also hosts the channel’s Friday evening Talk Sport show with Richard Keys. With his amazing voice and twisted talks, he is widely regarded as one of the best English Premier League Commentators of all time. 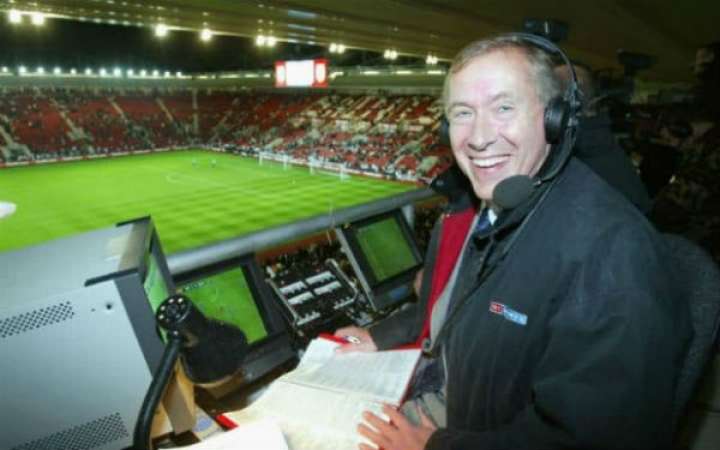 And soon, he became the number two commentator on the channel. Tyler then moved to British Satellite Broadcasting in 1990.

He then soon became the lead Premier League commentator of Sky Sports after the channel’s merger with Sky. Tyler was approached by Setanta to be their lead Premiership football commentator in 2007. He rejected that offer and signed a contract extension with Sky Sports.

All the commentators of the Premier League have their own specific way of representing the situation and the excitement of the live game. But all the commentators always mesmerize us with their presentation style when we stick our eyes to the television and hear their voices at the same time.

Don’t forget to send us your opinion about this list of English Premier League Commentators in 2023 in the comment box below.

Q. Who is the best commentator in the Premier League?

The best commentator of all time is Jon Champion. After moving to the United States, Jon Champion will surely be missed by a lot of Premier League fans. In his halved career, he has worked with BBC Sport, ITV Sport, Setalanta, and ESPN.

Q. Who is the British soccer commentator?

Jon Champion is the best commentator from Britain. During the past 20 years, Champion has also worked for the BBC and ITV as a commentator. At the moment, Champion covers international football and Major League Soccer for ESPN/ABC.

Q. Who are the commentators in FIFA 22?

They are Alex Scott and Stewart Robson. In the 2019 version of the game, FIFA added commentators Derek Rae and Lee Dixon for Champions League games. These two are wonderful commentators and would bring a great deal of expertise to 22.

Q. Who is Jess Creighton?

Jessica Creighton is an award-winning broadcaster and journalist who has worked for world-renowned companies like BBC Sport, Radio Five Live, BT Sport, TalkSPORT, and Sky Sports.