Soccer is a demanding sport, which is why players spend much of their time in the gym and in practices when they are not playing. This not only keeps them in shape but also helps them improve certain aspects of their game that help them when it matters the most.

In modern times, soccer is played at a fast pace resulting in teams imposing high-pressure tactics and relying on counterattacks to score. This is where the speedy players thrive, as the speed, acceleration, and ability to move from one end of the pitch to another create more chances for their teams. 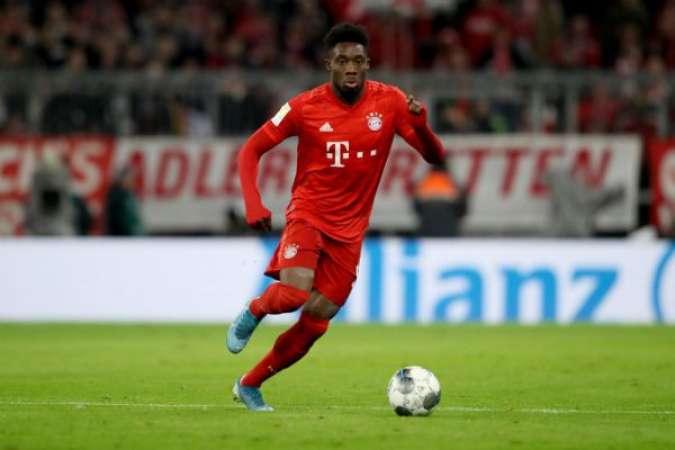 Throughout the decades, many players have wowed the spectators with lightning speed and astonishing. But player speed changes with age, pitch conditions, and training regime, so here are the 10 fastest soccer players in 2023.

Leroy Sane is a skillful player, but arguably the most significant part of his game is him being able to go past his opponents using his speed and ball control.

The young German winger has a speed of 21.8 mph and will play a crucial role for Bayern Munich in upcoming seasons.

Kyle Walker is a modern full-back in every sense of the word. He is Manchester City’s most reliable piece on the right side.

Very versatile in both attack and defense, Walker recorded a top speed of 21.89 mph. Unfortunately, this couldn’t help his team win against Tottenham Hotspur.

Karim Bellarabi serves as one more example in the line of explosive German attackers, with amazing pace, acceleration, and overall speed.

Gabon representative and Arsenal captain Pierre-Emerick Aubameyang is one of the most clinical forwards in soccer.

Along with incredible stamina and jumping ability, Aubameyang can also boast a top speed of 22.08 mph.

The Spaniard recorded a top speed of 22.13 mph, which helped him cruise past the opposition.

Erling Haaland is a Norwegian giant who proved to be quite a speedy striker. With a height of 1.94m, it is amazing that he can speed up to 22.39 mph.

Paris Saint-Germain’s young superstar Kylian Mbappe is well known around the soccer world for his lightning speed and dribbling reflexes.

At the age of 21 and speed of 22.41 mph, he has been a nightmare for defenders across Europe.

If we had to choose a perfect physical beast, it would be Adama Traore. Wolverhampton Wanderers’ forward has an intimidating, muscular frame with incredible acceleration and pace, making him one of the most successful players in 1v1 situations.

Achraf Hakimi is a fast and capable right back with a top-notch pace and excellent dribbling abilities.

The Moroccan recorded the second-fastest sprint during 2020, hitting a speed of 22.66 mph against RB Leipzig.

Since his arrival to Bundesliga giants Bayern Munich, Canadian Alphonso Davies emerged as one of the world’s biggest surprise stories.

His debut season was marked with tireless runs up on the left flank, with the highest speed recorded at 22.68 mph against Werder Bremen. If speed isn’t your thing, you can always look at the 10 most followed soccer players on Instagram.

Q. Who is faster, Ronaldo or Messi?

It is usually considered that CR7 is the fastest player in history. Despite a slight slowdown, the Portuguese forward finds a maximum speed of 33.6 km per hour, while Lionel Messi of Barcelona is in ninth (32.5 km per hour).

Q. What is Ronaldo’s top speed?

The fastest player in Manchester United’s thrilling victory over West Ham was Cristiano Ronaldo. Even as he ages, the 36-year-old continues to work hard. His top speed at the London Stadium was 20.2mph.

Q. Who is the second-fastest soccer player?

German Damm Rascón is a Mexican professional footballer who plays for Major League Soccer club Atlanta United. Damm is the second-fastest player in the world, according to a study conducted by Mexican club Pachuca and backed by FIFA.