Archery is widely regarded as a keen mind game. A person has to be free of every little distraction when he plays or competes in this game Here we bring to you the top 10 greatest archers of all time, Check them out.

Greatest Archers of All Time | 2023 Updates

Archery is not just a game but is an art in recent times. Besides, it has now secured its place among the most popular sports in the world. The following athletes are the best artists who can perform this following sport. To know more, read on. 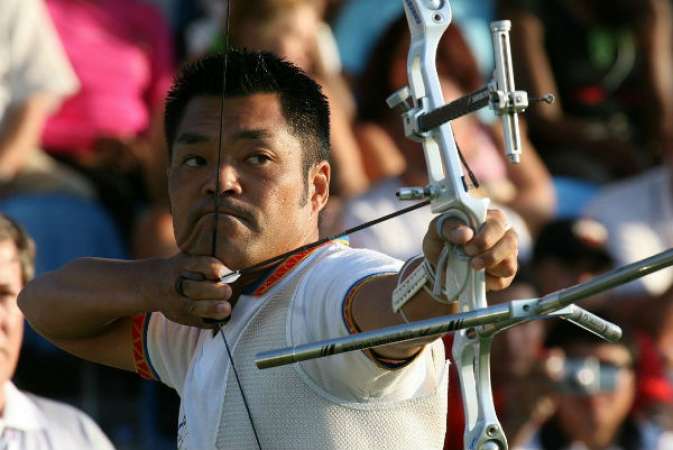 An immensely talented junior, Yamamoto has won a total of seven national titles in high school and college. That still remains a national record to date. He had his international debut in 1981, with his first Olympics taking place in Los Angeles in 1984.

There he won an individual bronze medal. He was also prominent in 1988 in Seoul, wherewith a respectable run he finished in eighth place individually and with the Japanese team in sixth.

He represented Japan again back in 1992 in Barcelona and also in 1996 in Atlanta. Although he came home empty-handed, finishing 17th and 19th respectively. Yamamoto definitely deserves his place among the top 10 greatest archers of all time. 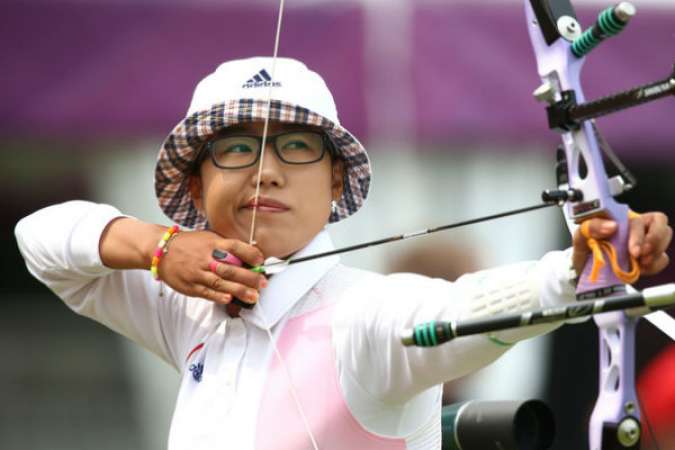 Lee Sung Jin is one of the greatest archers from South Korea. She has won 3 Olympic medals playing for her country. It was over the duration of 3 appearances at the Olympic games.

She nearly did not become an archer when she was a junior though. She was rather interested in track running during her school years. Archery was simply another sport to her then.

Although soon enough common senses appeared and exceptional performances year after year watched her become one of the greats of her sport. She also won a world championship back in 2005 shortly after becoming world number 1. 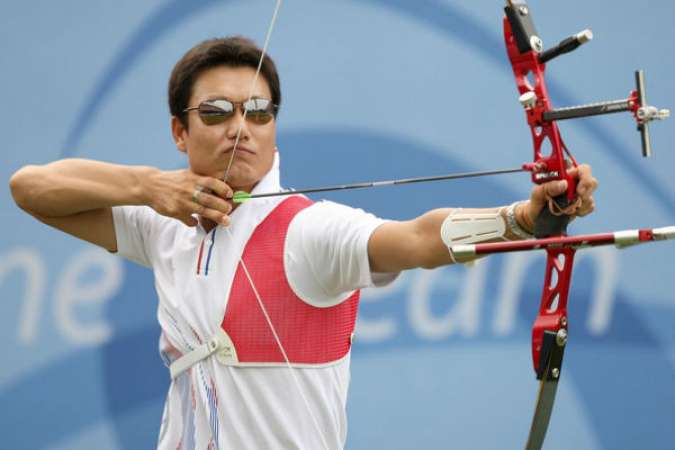 Park Kyung-Mo is among the greatest archers from South Korea. He has won a total number of 3 medals for his country at the Olympics events.

The awards include 2 golds and 1 silver medal. Park has also reigned as a world number 1.

He also has 6 world championship medals claimed his name including 4 gold medals. He will be remembered as one of the best archers of his generation. 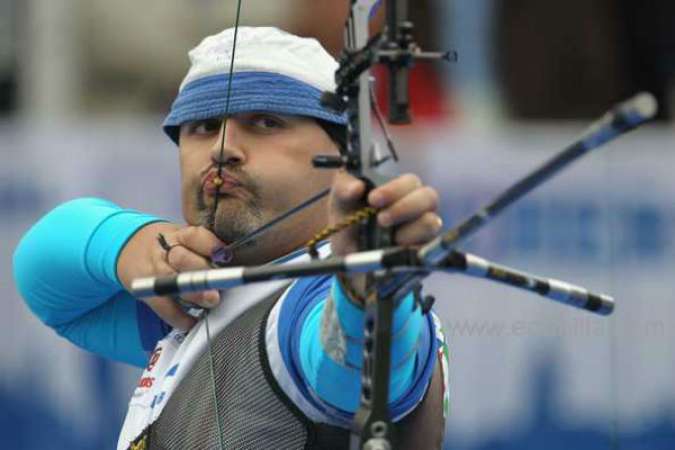 At number 7 in this list of the top 10 greatest archers of all time, we have Michele Frangelli. He won the team gold for Italy back in London in 2012.

Michele as an Italian Archer has won 3 medals for his country at the Olympics. He makes it quite easily into his list as a symbol of longevity within the sport.

He also prepared hard for his 6th appearance in the Olympic games in Rio 2016. Besides Olympic achievement, the archer also possesses 7 World championship medals won between 1999 and 2011. 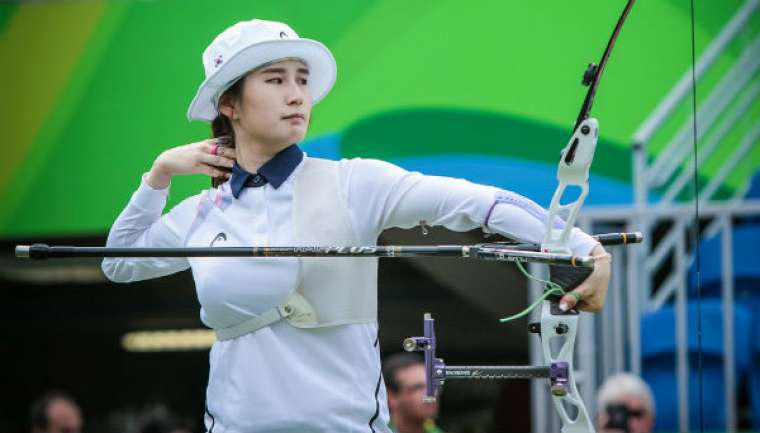 At number 6 in this list of the top 10 greatest archers of all time comes Ki Bo Bae. She is a true phenomenon. She headed into London in 2012 as the then world number 2. There she was daylight ahead of her nearest challengers, winning the gold medal with ease.

She then followed it up with a gold in the team event as well. And, she did not stop at merely London either. Back in 2015, she destroyed compatriot Park Sung Hyun’s 11-year standing world record of 682. She scored 686 at the qualification of the Universiade in Gwangju in 2015.

She has 7 world championship medals to her name between the years 2011 and 2015. That tally includes 5 gold medals. She would perhaps be much higher up the list as soon as she draws curtains on her career. 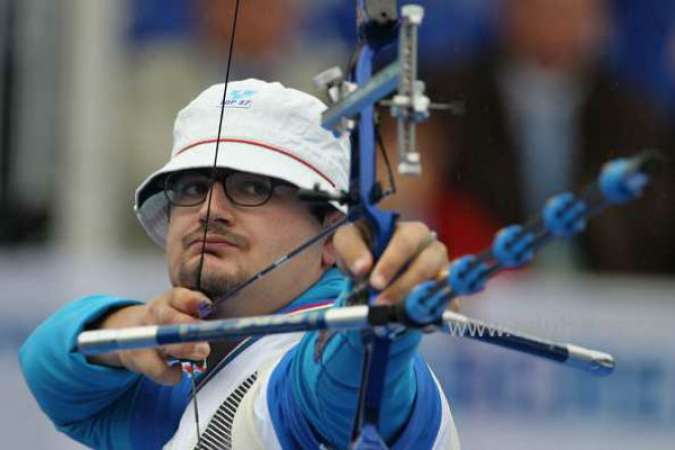 At number 5 in this list of the top 10 greatest archers of all time, we have Marco Galiazzo. He appears on this list as the only multiple gold medallist for Italy in the event of archery.

Galiazzo is also a former world number 1 according to the World Archery ranking. He is also the only Italian to have ever won the Men’s Individual recurve event. Marco had lost in the final of the 2008 Beijing games in the team event to Korea.

Although he found revenge sweet defeating them in the semi-finals on the way to a gold medal in London 2012. Marco has also been on the podium at the world championships a couple of times. 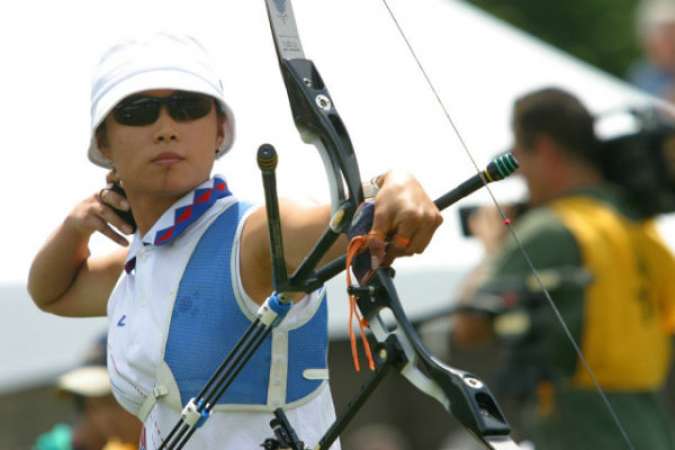 At number 4 in this list of the top 10 greatest archers of all time, we have Yun Mi-Jin. She is yet another famous world-class archer from the country of South Korea.

Yun is also one of the most successful Olympic athletes. She has won as many as 3 Olympic medals throughout her career and currently holds the world record of 173/180 for an 18-arrow contest.

She is also a former world number one in women’s recurve. Mi-Jin has been a world champion on 3 occasions. She is also the third Korean in history to have won 3 Gold medals at the Olympics. 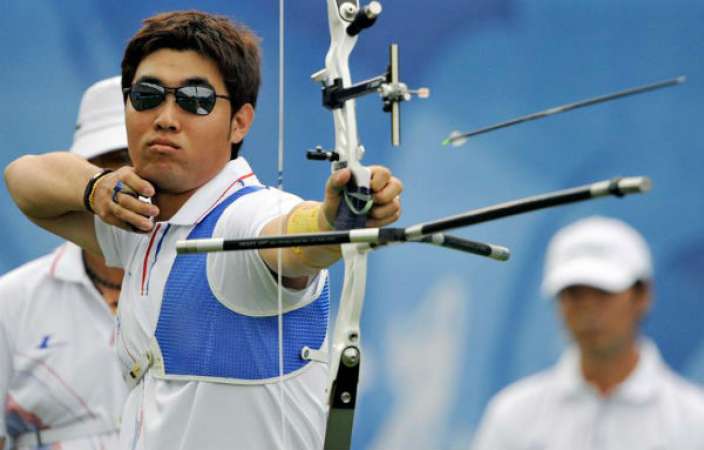 Im Dong Heung is a Korean icon and a raging superstar in his own country. He has 20/200 vision in his left eye and 20/100 vision in his right eye. It basically means he has to stand 10 times closer to see objects with his left eye when compared to someone with perfect vision.

His achievements, in spite of his handicap, are legendary. In his maiden Olympics appearance in 2004 at Athens, Heung established the world record in a 72-arrow men’s individual recurve qualifying round with a stunning score of 687.

Then in 2012, he again set the new world record score of 699 for 72 arrows. It came through beating his compatriot Kim Bub-Min by one point. Besides this, he has also won 8 world championship medals in archery. 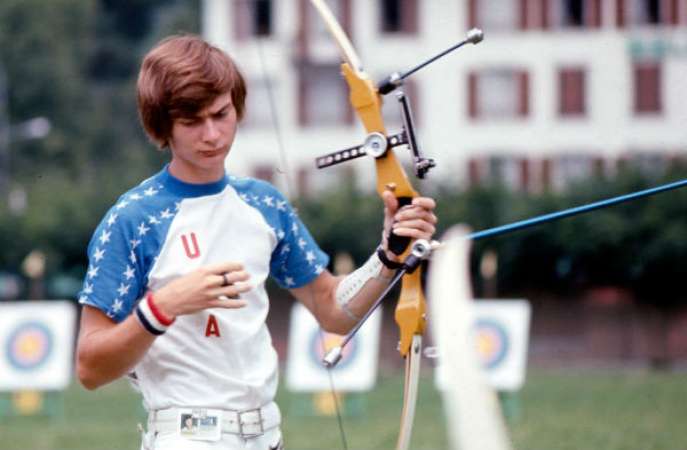 At number 2 in this list of the top 10 greatest archers of all time, we have Darrell Pace. He is the only person to have won multiple individual gold medals in the history of the Olympic games.

He earned his first gold medal in 1976 Montreal and then repeated the achievement 8 years later in 1984 in Los Angeles. In spite of missing out on an individual medal in 1988, the American did eventually manage to win a silver medal for his country in the team event and thus going down in the history books as the greatest American archer of all time.

Besides tasting the sweet Olympics success, he also won 8 Pan American Games medals over the stint of his career. 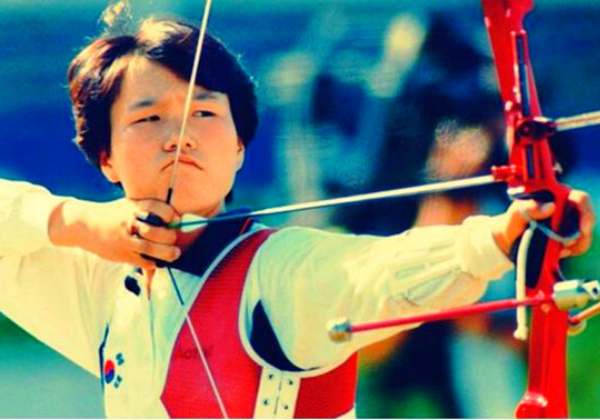 Kim Soo Nyung is the greatest archer of all time without any doubt. He is also the most decorated archer in Olympics history. The South Korean superstar has won as many as 6 Olympic medals over the run of her distinguished professional career.

After retiring from the sport back in 1992, she got married and then gave birth to two children. She made her comeback to the sport in 1999 and won the bronze medal in 2000 in Sydney.

Besides Olympic accomplishments, she has also won 4 world championship gold medals and also an Asian Games bronze. In 2011, Kim was hailed as the Female Archer of the 20th Century by the International Archery Federation (FITA).

Greatest Archers Of All Time | 2023 Infographics