In the late 1970s, women began to take part in bodybuilding competitions that have for long been considered male-only sports. But even before this, in the late nineteenth century, there were records of circuses performing what is called ‘strong women acts.’ Around 1977, female bodybuilding began being promoted with the belief that women should be allowed the opportunity to display their physiques, the way men have done for years. This list is about some of the greatest female bodybuilders of all time.

Therefore on August 18, 1978, the female bodybuilding contest known as “The Best in the World contest” was organized. On that account, today, we bring you the top 10 greatest female bodybuilders of all time who’ll blow your mind away. Sánchez, otherwise known as Denise Masino, had her first big win in 1995 at the NPC Nationals. After that, she was featured in various prominent fitness and bodybuilding magazines. She won the Night of Champions in 2003.

Over the years, she has competed gloriously and won prominent places in many competitions, such as she came second in Ms. International (2003), IFBB Ms. Olympia (2004), etc. Masino now holds the tenth place in our list of the top 10 greatest female bodybuilders of all time. 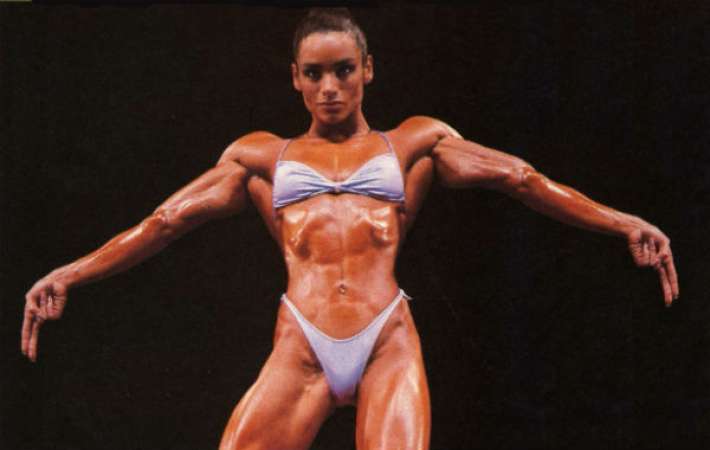 In her bodybuilding career, Portugues’ most significant achievement was when she managed a spot among the top-10 in Ms. Olympia.

Portugues has made appearances in three films and once on television. And now, she holds the ninth place in our list of the top 10 greatest female bodybuilders of all time.

8. Rachel McLish (USA) – One Of The Big Women Bodybuilders 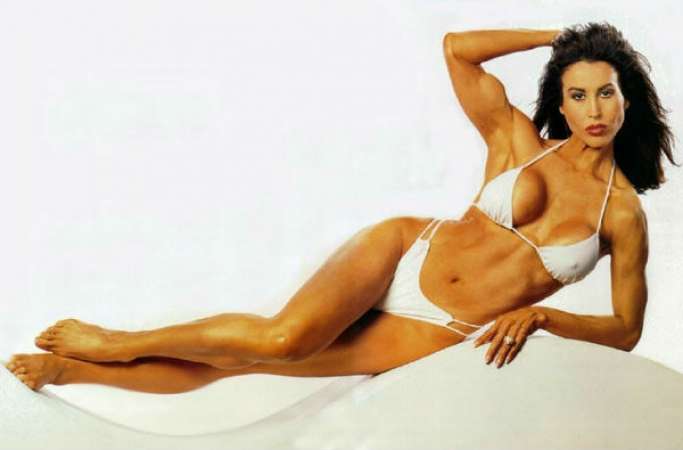 When studying physiology and health & nutrition, Rachel Livia Elizondo McLish started working in a health club and later got inspired to compete in bodybuilding championships after seeing magazines of female bodybuilders.

McLish’s breakthrough victory came in 1980 when she won the inaugural United States Championships and IFBB Ms. Olympia contest. For the next five years, no other woman appeared on more magazine covers than McLish did.

Although her career spanned only four years, in every competition that McLish entered, she at least achieved third place. She has written two New York Times bestsellers on weight training for women.

7. Rasa von Werder (Germany) – One Of The Natural Female Bodybuilders 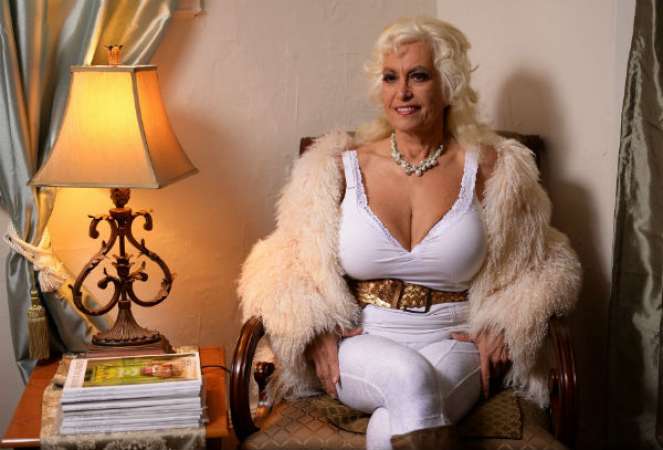 Better known as Kellie Everts, she was once barred from entering a competition in 1981. Werder took to picketing and spoke of the injustice being done to her at a radio show.

In 2007, the World Bodybuilding Guild (WBBG) awarded her “Progenitor” of Female Bodybuilding and also inducted her into their Hall of Fame. Werder is the founder of her own church, which is based on a combination of the idea that a woman stripper can also preach.

She created the “Stripper for God.” She has published six books and numerous articles online on her religious beliefs. Werder now holds the seventh place in our list of the top 10 greatest female bodybuilders of all time. 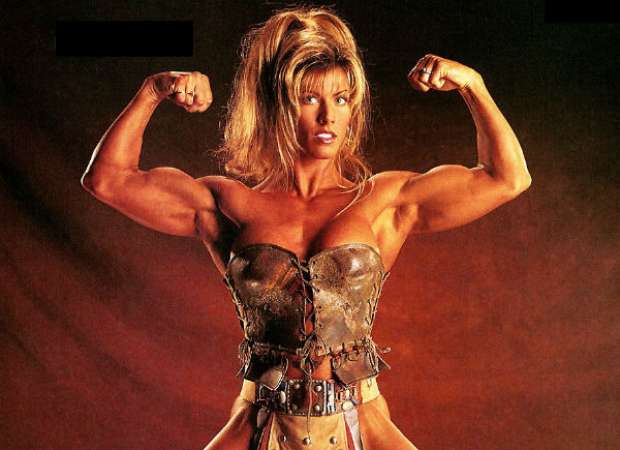 Late Komlos started her bodybuilding career in the year 1993 by participating in provincial contests. In 1996, Komlos won the Gators Classic, the British Columbia Championship (alongside being named the Best Poser) in 1997, and the Women’s Extravaganza in 1997.

In 2004, the editor-in-chief of Flex, Jerry Kindela, when talking about Komlos had said, “Marianna’s one of the most beautiful bodybuilders I’ve ever seen.” Komlos died in 2004. She was suffering from breast cancer and was only 35 years old. However, she still holds the sixth place in the list of the top 10 greatest female bodybuilders of all time.

5. Rebekka Armstrong (USA) – One Of The Best Female Bodybuilders 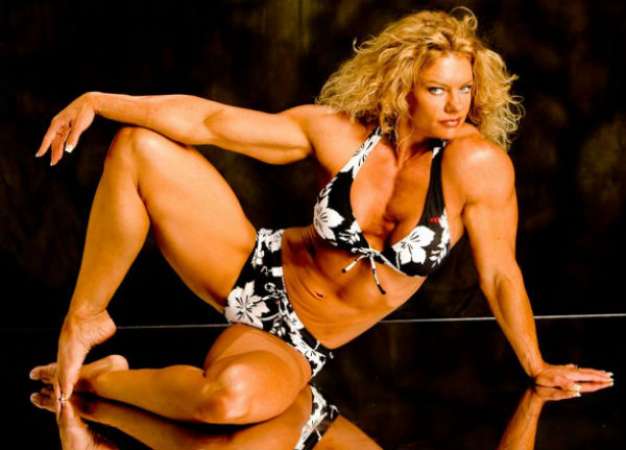 A former bodybuilder, Rebekka Lynn Armstrong, is an HIV/AIDs activist. Back in September 1994, Armstrong declared that she was HIV-positive. Since then, she decided to educate the LGBT community about the horrors of contracting HIV/AIDS without even knowing.

Armstrong herself had contracted the disease when she was as young as 16 years old. Being a competitive bodybuilder, Armstrong has many medals of success. 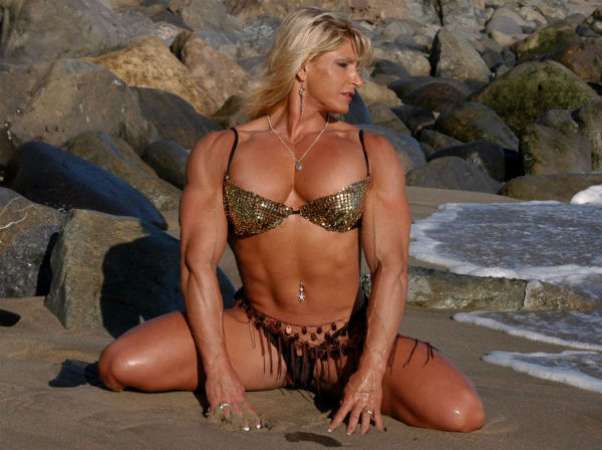 Fuller realized early in her life that she was quite strong physically and decided to channel her focus on bodybuilding. She began trying her hand at workouts in a local gym, transformed herself, and rose to eventual fame.

At her largest, Fuller’s biceps measured 457 mm, and she weighed 91 kg. She began contesting in 1998 and participated in the Novice Oregon, where she won. In 1992, Fuller finished being one among the top ten Ms. Olympia and Ms. International contests.

A year later, she got featured on the cover of The Women and was part of a compiled photography book of top female bodybuilders. She definitely deserves the fourth place in our list of the top 10 greatest female bodybuilders of all time. 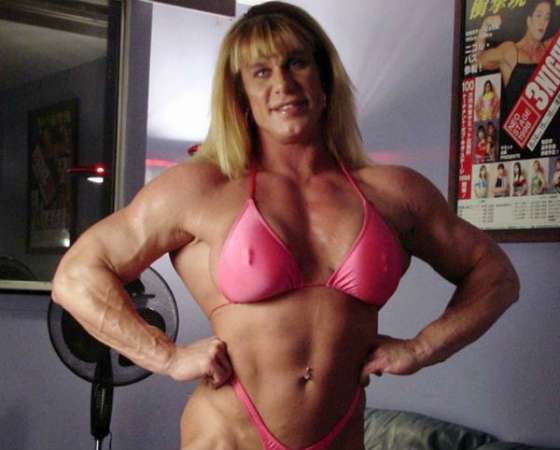 Throughout the 80s and 90s, Nicole Bass-Fuchs was one of the most celebrated female bodybuilders in America. She has participated in eminent wrestling competitions like the XPW and Extreme Championship Wrestling.

Besides, she has also participated in the National Wrestling Alliance, and World Wrestling Federation. Besides, she won the NPC National Bodybuilding Championship in 1997.

Today Bass wrestles in an independent wrestling circuit, performing at public events and providing personal training. Besides his immense popularity as a great bodybuilder, she also holds her place among the hottest WWE divas of all time. 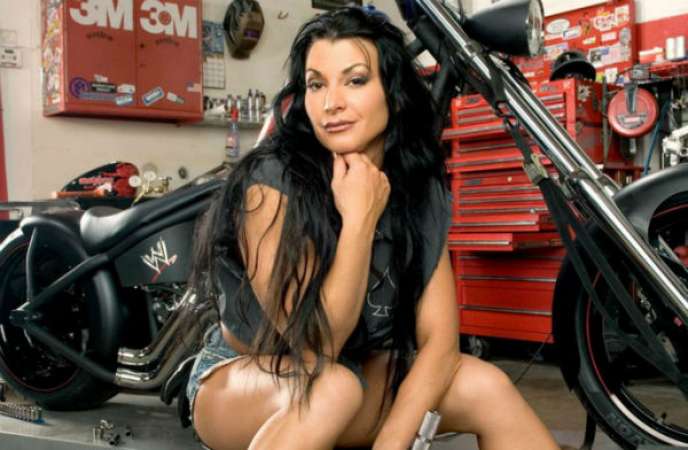 Fans widely know Varon with her ring name Victoria. She started her career as a professional wrestler in 1997 and went on to become the WWE Women’s Champion twice, TNA Knockouts Champion five times (becoming a  seven-time Women’s Champion overall), and  Total Nonstop Action Wrestling (TNA) once.

Varon had studied biology and medicine, and while working at the eye and tissue bank, she started teaching aerobics and became a professional trainer. When she got the opportunity of participating in a bodybuilding competition, she jumped on the offer. She now holds the second place in our list of the top 10 greatest female bodybuilders of all time.

Fun fact: Before becoming a professional wrestler, Varon had a chance to meet with the WWF star wrestler Chyna who encouraged her to join wrestling.

1. Chyna (USA) – One Of The Biggest Female Bodybuilders In The World 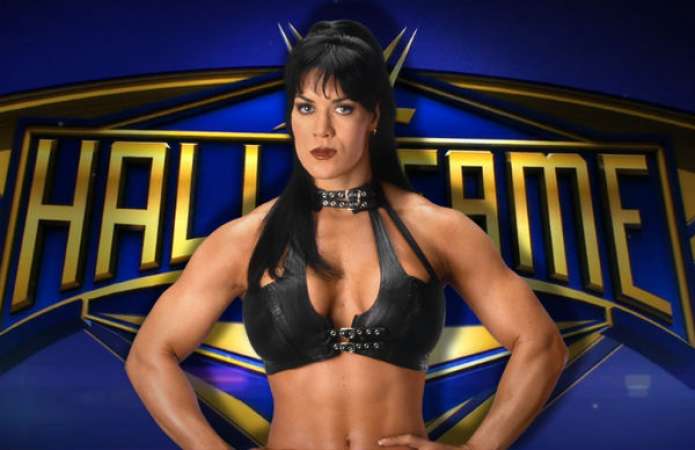 Joan Marie Laurer, otherwise known as Chyna, is a bodybuilder, among other things. She became famous in 1997 while performing in the professional wrestling promotion of the World Wrestling Federation (WWF).

Some of her most notable performance has been in the New Japan Pro Wrestling (2002) and Total Nonstop Action Wrestling (2011). When not bodybuilding or fighting in the ring, Chyna appeared in Playboy magazine twice, numerous television shows, and films.

Billed as the “Ninth Wonder of the World,” Chyna then became famous for “a lasting legacy as the most dominant female competitor of all time.” She definitely deserves the top place among the top 10 greatest female bodybuilders of all time.

Share your thoughts about this list of the top 10 greatest female bodybuilders of all time in the comments below.

FAQ Regarding Greatest Female Bodybuilders of All Time

Q. Who is the prettiest female bodybuilder?

Women’s bodybuilding is not only about the biggest female biceps but also about a stunning and hot look. And if you compare the overall appeal, Jennifer Rish is currently the prettiest among female bodybuilders. Hailing from Southern California, she is currently dominating the international circuit.

Q. Who are the biggest female bodybuilders?

There are several old female bodybuilders who had a large physique. But now, the time has changed and women bodybuilders are now working more towards their shapes rather than the overall volume. But yes, Chyna, Nicole Bass, and Rasa Von Werder are some of the biggest bodybuilders the women competitions have ever seen.

Q. Who is the number 1 female bodybuilder?

You must have already liked our list of the top 10 natural bodybuilders. But yes, if you talk about the overall shape and performance, Chyna is by far the top female bodybuilder the world has ever seen. However, new bodybuilders like Jennifer Rish, Sarah Backman, and Rachel Cammon are also climbing the ladder at a rapid pace.

Q. Who is the best Russian female bodybuilder?

While many countries are known for shaped but small bodybuilders, Russia is a whole league apart. They constantly gifted some of the heaviest and largest female bodybuilders the blue planet has ever seen. Nataliya Kuznetsova is currently the best Russian female bodybuilder. She won the IFBB WOS Romania Muscle Fest Amateur championship in 2018.

Q. What do female bodybuilders eat?

To get the best girl body, all the female bodybuilders follow a strict diet plan. They mainly rely on protein sources like lean meat and whey protein. However, several vegan bodybuilders are now also coming into the main circuit without consuming meat and meat products. Besides, they also concentrate on their liquid intakes to stay properly hydrated.

Q. How do female bodybuilders train?

1 thought on “Top 10 Greatest Female Bodybuilders of All Time”