It is widely believed that field hockey was derived from the Irish game of Hurling and its Scottish version Shinty which were very popular and recorded as early as 1272 B.C. The Mongolian people of China used to play a more sophisticated version of this game called Beikou for around 1,000 years. European invaders of Chile also recorded a similar version of this game called Chueca or The Twisted One, which was mainly played by the Araucano Indians around the 16th century. Since then, this sport achieved its place among the most-played sports in the world. And, here goes the top 10 greatest field hockey players of all time.

Field hockey then eventually came out of being just a school game and started to spread throughout the world. This major event of the Olympics has always created an adrenaline rush for the sports fans and also delivered amazing athletes. So here is the list of the top 10 greatest field hockey players of all time. 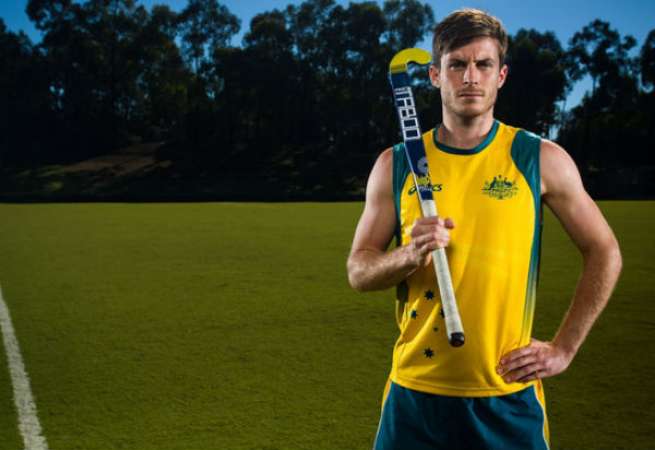 While having him as a main player, Australia won the 2010 Delhi Hockey World Cup and 2014 The Hague World Cup. Fergus also led his national team to win a gold medal in the 2010 Delhi Commonwealth Games and two Bronze medals in Olympics. He also represented Australia in the Azlan Shah Cup in 2011.

While being the very best defender of field hockey, he also scored 14 goals in his 191 appearances for the national team. His other great achievement was winning the 2014 Glasgow Commonwealth Games. 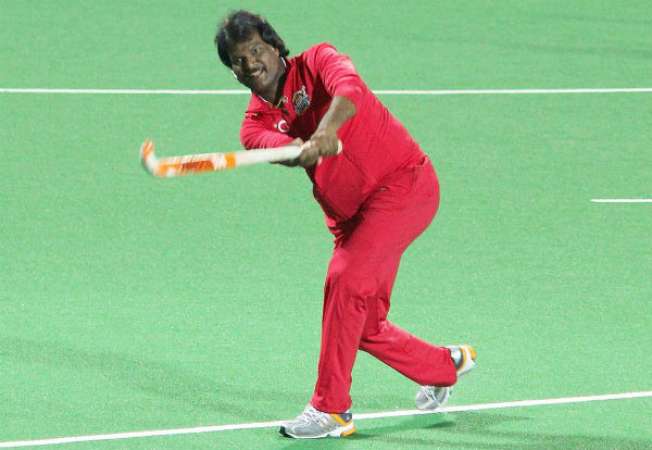 Pillay also served as the captain of the Indian national team and won gold medals in the 1998 Asian Games and 2003 Asia Cup. He scored more than 170 goals in 339 international matches and also became the highest goal scorer in the Bangkok Asian Games.

He was honored with the Rajiv Gandhi Khel Ratna award in 2000 and Padma Shri, the leading Indian civilian award in 2000. Pillay now holds the ninth place in our list of greatest field hockey players of all time. 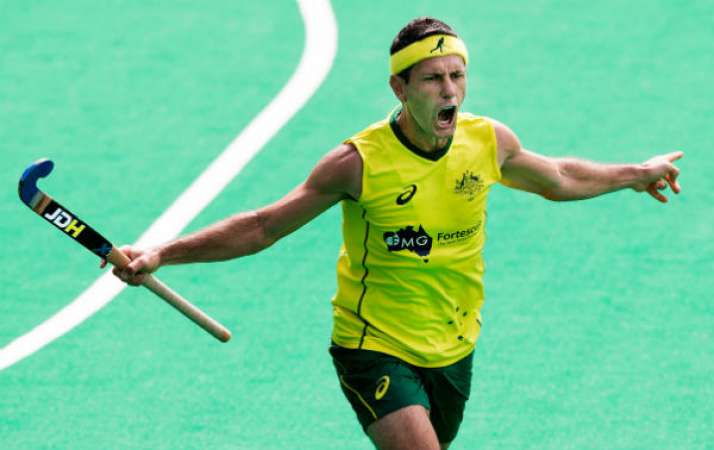 Australian field hockey player Jamie Dwyer is a pioneer member of the Australian men’s field hockey team from 2001 to date. He scored more than 150 goals in his career of more than 250 matches. He led his national team to win the gold medal in the 2004 Summer Olympics. 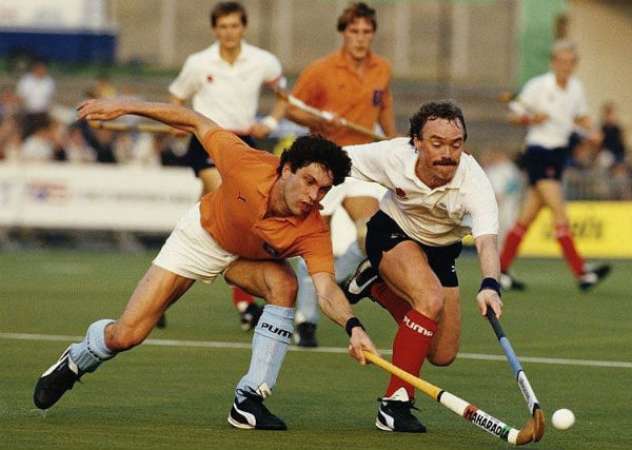 Former Dutch field hockey player Ties Kruize is widely regarded as the best penalty corner taker in the history of Field hockey. He won the Gold medal in Amstelveen Hockey World Cup in 1973. Kruize then won the Silver medal in the 1978 Buenos Aires Hockey World Cup.

Besides the national team, he was also a pioneer member of the HC Klein Zwitserland club and won Dutch titles eight consecutive times from 1977 to 1984. Kruize now holds the seventh place among the top 10 greatest field hockey players of all time. 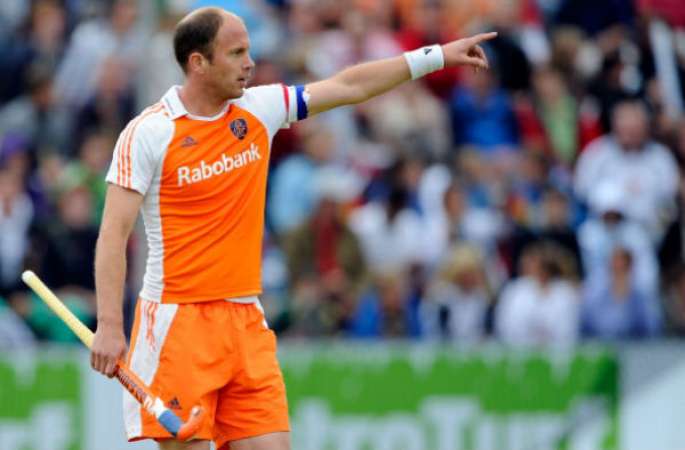 He also led his national team to the finals of the 2004 Athens Olympics and 2012 London Olympics. Teun won silver medals on both occasions. He won the 1998 Hockey World Cup in Utrecht and was awarded bronze medals in the 2002 and 2010 World Cup. 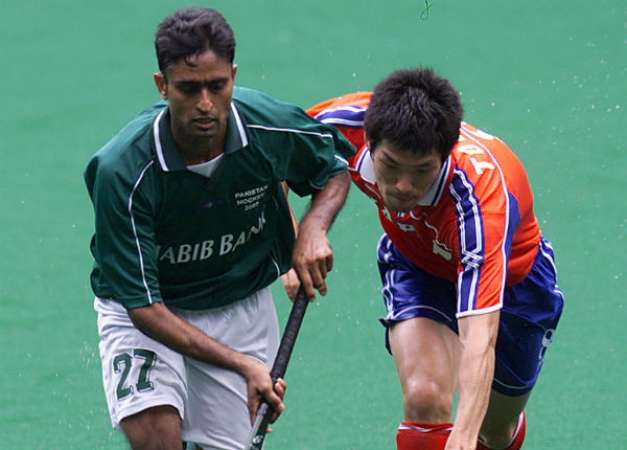 Former Pakistani field hockey player Shahbaz Ahmed is widely considered one of the best forwards in Field Hockey history. Besides, he now holds fifth place in our list of the greatest field hockey players of all time. He was nicknamed The Maradona of Hockey for his amazing dribbling skills with the stick.

Ahmed became a member of the Pakistan National Hockey Team in 1986. He captained his team and led them to the victory of Men’s Hockey World Cup victory in 1994. Besides Pakistan national team, he also played for the German club Harvestehuder.

He then also appeared for Dutch club OranjeZwart after the Atlanta Games in 1996. Shahbaz participated in three Olympic Games and won the bronze medal in the 1992 Olympics. He is the only player in Field Hockey history to achieve player of the tournament awards consecutive two times, in the 1990 and 1994 World Cup. 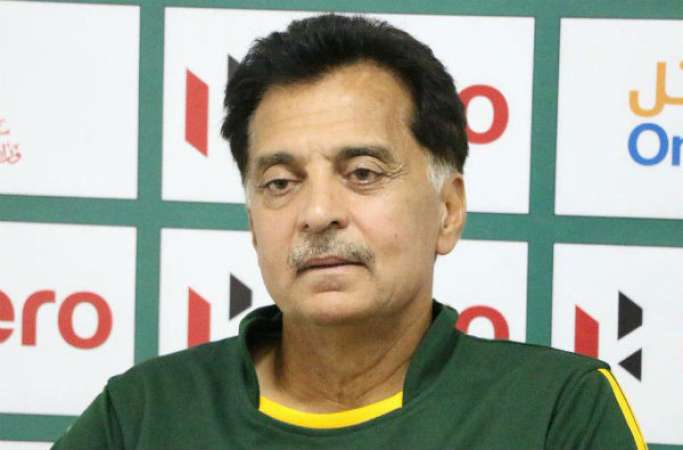 Former Pakistani field hockey player Hassan Sardar is widely regarded as one of the top 10 greatest field hockey players of all time and also the best player from Pakistan Hockey Federation. He won the gold medal and led his Pakistan men’s national team to victory in the 1984 Summer Olympics in Los Angeles as the captain.

Sardar participated in his first World Hockey Cup in Mumbai in 1982. And there, he proved himself as the best center forward Pakistan has ever produced. He won the very first world cup he played in 1982. Besides, he also achieved the Man of the Tournament for scoring 11 goals.

Sardar was also marked for his major contribution to crushing India with a score of 7-1 in the 1982 Asian Games in New Delhi. He achieved a hat-trick on that occasion. He is currently the Chief Selector of the Pakistan field hockey team as well as handled the dual role of the head coach and manager of the national team. 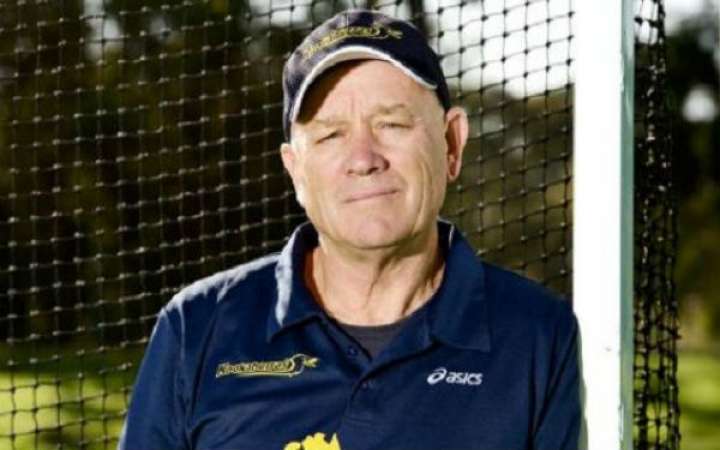 Former Australian field hockey player and Coach Ric Charlesworth received the Advance Australia Award in 1984 for his amazing contribution to field hockey. He was a pioneer member of the Australian team and represented in the five Olympics. And out of those, he played two times as the captain from 1972 to 1988.

And with that, he became the second player to achieve that honor. He was also inducted into the Hall of Champions in Western Australia in 1995. He was honored with the Australian Sports Medal for his amazing career in 2000. Ric now holds the third place in our list of the top 10 greatest field hockey players of all time. 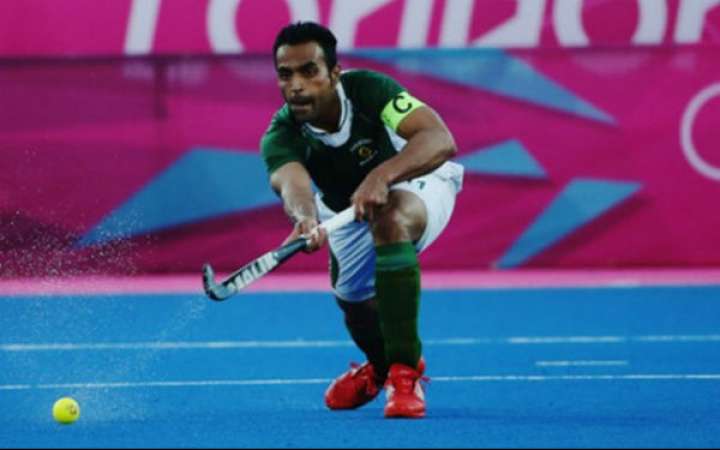 Pakistani field hockey player Sohail Abbas is considered a genius creation of Pakistan. Besides, fans also regard him as one of the greatest field hockey players of all time. He is the highest scorer in modern field hockey. Sohail is the first person in history to reach the 300-goal mark.

He is the fastest to score 100 goals and 200 goals barrier in international hockey history. Sohail is regarded as the greatest flicker for his 65% drag-flick conversion rate. He also holds the record for most goals scored in a single calendar year for his 60 goals in 1999.

Interestingly, he also came close to breaking his own record with his 59 goals in 2004. He is the only person in history to score 21 hat tricks and even a double hat-trick in international games. He is also the overall top scorer of Pakistan with his 16 goals in three world cup appearances. 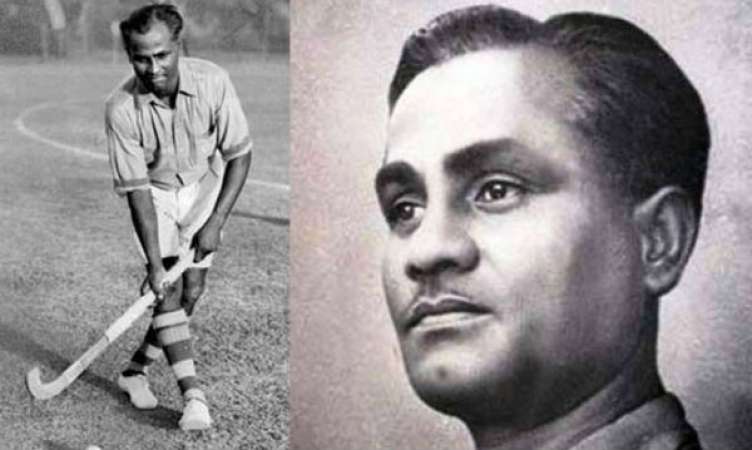 Indian field hockey player Dhyan Chand is widely regarded as the greatest field hockey player of all time. Fans also regard him as the best athlete in Olympic history. India was the most dominant team in Hockey during his career. They won three Olympic gold medals consecutively from 1928 to 1936.

He scored more than 1000 goals in his career from 1926 to 1948. And for that,  he was nicknamed ‘The Wizard’. His magical stickwork drew audiences from other venues to the Olympic hockey field. A German newspaper covered him with a headline that stated: “The Olympic complex now has a magic show too.”

As an interesting fact, Fuhrer was so impressed by Dhyan Chand’s skills that he offered him the post of Colonel in his Nazi army which Dhyan declined. Due to his unbelievable wizardry, the Netherlands’ authorities once broke his stick. They did that before a match to check if there was a magnet inside the hockey stick. This wizard died on 3 December 1979.

While being the birthplace of many amazing talents, field hockey is also studded with various appreciable trivia. The British Empire first popularized it while spreading it throughout their ruling territory. And that eventually became the sole reason for field hockey’s huge popularity. It mainly got popularized in Australia, New Zealand, and the major parts of sub-continents.

We hope that you liked our list of the top 10 greatest field hockey players of all time. Don’t forget to send us your opinion in the comment box below.

Q. Who is the greatest field hockey player of all time?

Major Dhyan Chand is unanimously considered the greatest field hockey player of all time by fans and sportswriters. Known as ‘The Wizard’ and ‘The Magician’ for his excellent ball control, Chand was India’s leading light during the era when they dominated field hockey.

Q. Who is the fastest drag flick in hockey?

Singh is well known for his quick hands. At one time, he was said to have the fastest drag flick in the world (speed 145 km/h). The Indian team won the Sultan Azlan Shah Cup in 2009 after beating Malaysia in the finals at Ipoh under his leadership.

Hockey became the team sport we know today in Nova Scotia during the early 1800s. Canadians are the most familiar with hockey today. It is often credited to James Creighton for the development of ice hockey as a team sport.

Q. Which country is most successful in field hockey?

Pakistan has won the tournament four times. Each of the Netherlands and Australia has won three titles, and Germany has won two titles. Both Belgium and India have won once. The 2018 World Hockey tournament was held from 28 November to 16 December in Bhubaneswar, India.