Legendary Japanese martial arts sensei and pioneer of Judo, Kano Jigoro, is surely the greatest judo artist the world has ever seen. He introduced the belt system in Judo and also played a pivotal role in the introduction of Judo in the Japanese public school programs in the 1910s. Japanese judo stars Yasuhiro Yamashita and Tadahiro Nomura also deserve their mentions among the greatest judo players of all time.

Judo is a modern form of martial art. It is a very popular combat form, especially in the Olympic Games. It was created in Japan in 1882, and since then, this sport has become widespread, especially in competitive tournaments. Here is a list of the greatest Judo players of all time. Let us take a quick look at their achievements.

The practitioner of this art is known as a judoka. With the widespread popularity of judo all around the globe, judokas have gained immense respect in the field. 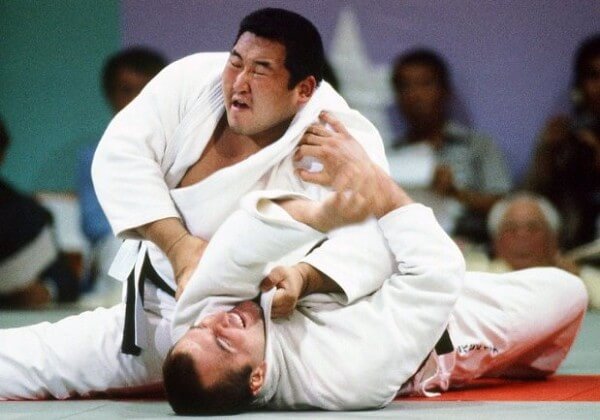 Former Japanese Judo artist Hitoshi Saito achieved two consecutive gold medals at the Olympic Games and is the tenth-place inductee in our list of the top 10 greatest judo players of all time.

Hitoshi successfully defended his title and won yet another gold at the 1988 Seoul Olympic Games. He became an instructor at the All-Japan Judo Federation and Kokushikan University shortly after his retirement.

He is also the coach of the Japanese judo team that participated in the 2004 Summer Olympics. Hitoshi Saito was awarded the Order of the Rising Sun by the Japanese Emperor after he died on January 20, 2015. 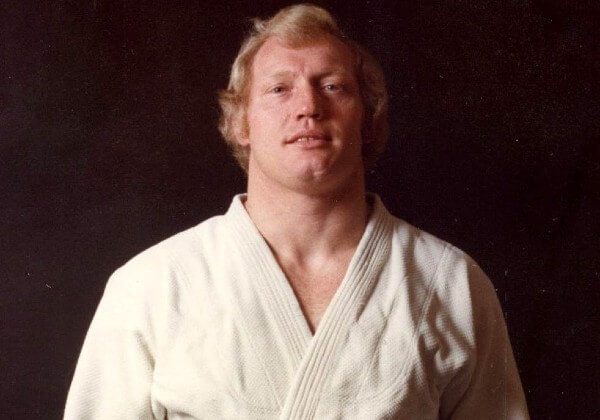 Legendary former Dutch Judo artist Willem “Wim” Ruska is the only judo player in history to win two judo gold medals in one Olympics, a feat that he achieved in the heavyweight and absolute categories in the 1972 Olympic Games.

He is largely noted as one of the most dominant judo players during his heydays and is the ninth-place inductee in our list of the top 10 greatest judo players of all time.

He participated in the New Japan Pro Wrestling after his retirement from judo after the 1972 Olympics. Wim Ruska was recently inducted into the Hall of Fame of the International Judo Federation in 2013. 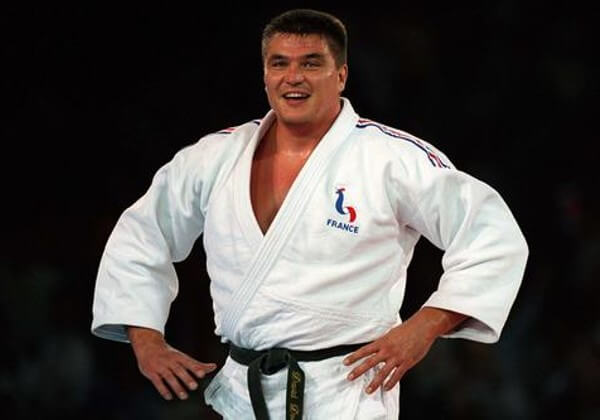 Retired French judo artist David Douillet is also noted as a political activist and is the eighth-place inductee in our list of the top 10 greatest judo players of all time.

He first won the Olympic gold medal at the 1996 Atlanta Olympic Games and defended his title successfully again at the 2000 Sydney Olympic Games, both in the heavyweight division.

He also holds his place as one of the most decorated players in the history of the Olympic Games. Douillet, after his retirement from active sports, was appointed as the Secretary of State for French abroad nationals on 29 June 2011 in the François Fillon Cabinet. He then became Minister of Sports on 26 September 2011. 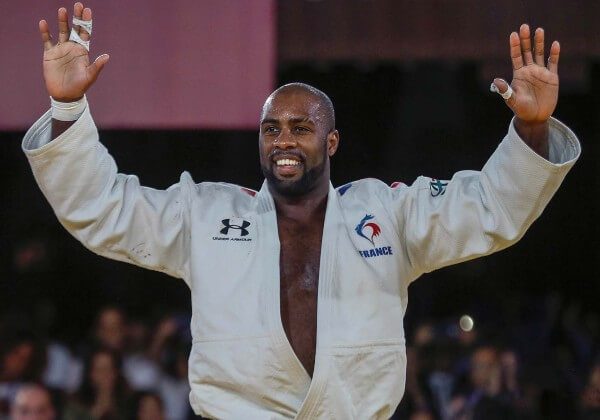 French judo artist Teddy Pierre-Marie Riner is the first male judo player to achieve seven World Championships gold medals and is the seventh-place inductee in our list of the top 10 greatest judo players of all time.

He won the European Championship gold medals four times and also an Olympic gold medal in his active career in Judo. He is currently coached by Christian Chaumont and Benoit Campargue and is a member of the Levallois Sporting Club in Levallois-Perret.

Teddy Riner first won the World and European junior titles in 2006 and achieved his first senior title in the European Judo Championships in Belgrade in 2007.

He became the youngest-ever world champion after winning the 2007 World Judo Championships in Rio de Janeiro. Riner, for his excellence in Judo, received the Chevalier de la Légion d’honneur in 2013. 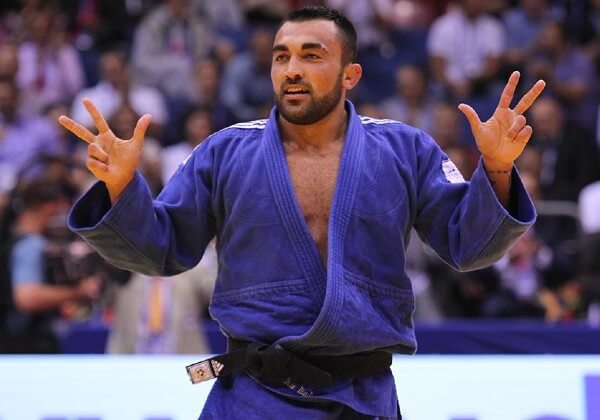 Georgian-born Greek judo artist Ilias Iliadis holds the honor of being the first athlete to march into the Bird’s Nest Stadium at the opening ceremony of the 2008 Beijing Summer Olympics and is the sixth-place inductee in our list of the top 10 greatest judo players of all time.

He started competing for Greece in international events in his childhood and achieved the gold medal at the 2004 Athens Summer Olympics in the half-middleweight division.

Iliadis also achieved the title of the 2010 World Judo Championships in Tokyo in the 90kg category. 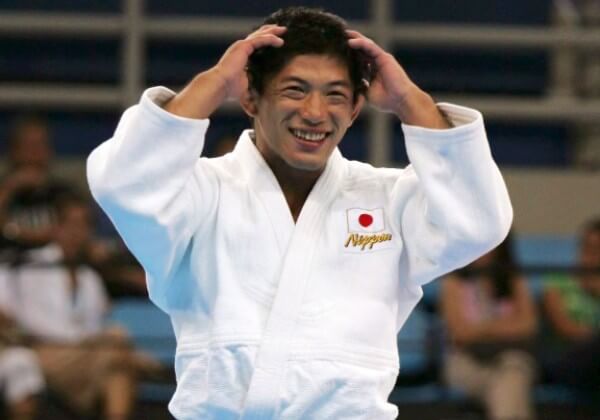 Uchishiba, after winning the Olympic medal, once stated, “I wanted this so badly I wouldn’t have cared if it was my last fight ever.”

He started coaching the women’s judo team at Kyushu University of Nursing and Social Welfare in April 2010 in Kumamoto Prefecture. Masato Uchishiba received a suspension from his duty following a sexual harassment allegation in November 2011. 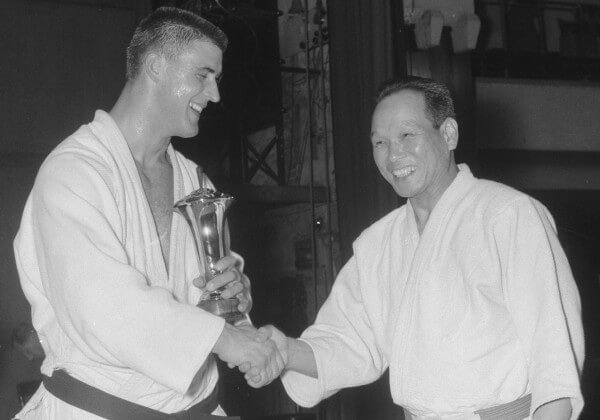 Dutch 10th-dan judo Artist Antonius Johannes “Anton” Geesink was a two-time World Judo Champion. Besides, he now holds the fourth place in our list of the top 10 greatest judo players of all time.

He won the Olympic gold medal in 1964 and achieved 21 European championship titles in his active sports career. Geesink remains one of the few 10th Dan grade judo artists officially recognized by the IJF. And he holds that feat even after his death on August 27, 2010.

He started participating in the European Championships in 1951 and won his first title in 1952. He eventually won twenty more European titles till his participation in the event in 1967.

His fans note him for defeating Akio Kaminaga in front of his home crowd at the 1964 Summer Olympics. Japanese players dominated that Olympics. 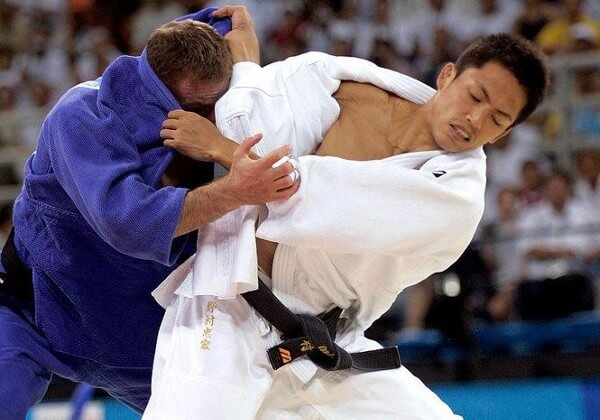 Judi fans consider Japanese competitor Tadahiro Nomura one of the most famous judo artists of all time. He now also holds third place in our list of the top 10 greatest judo players of all time.

He made his name as the first and the only Judo player to win three Olympic gold medals consecutively. And he achieved that feat in the extra lightweight event.

Nomura won his first Olympic gold while defeating Girolamo Giovinazzo at the 1996 Atlanta Summer Olympics on July 26, 1996. He then won the All-Japan Selected judo championships title in April 1996. 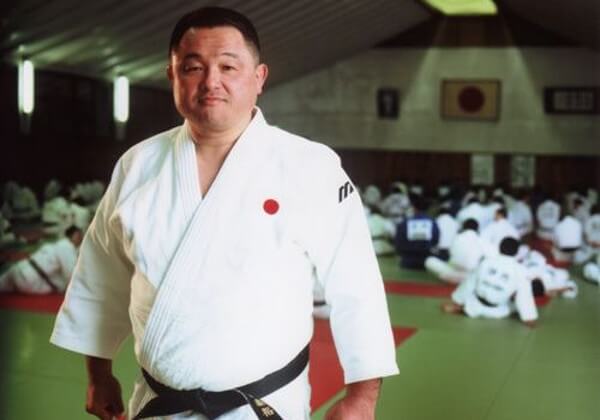 Japanese Judo Artist Yasuhiro Yamashita currently works as the instructor of several reputed organizations, including the International Judo Federation. He also works with the All-Japan Judo Federation and Tokai University.

He has earned his place as one of the most successful judo competitors of all time. Besides, he also holds second place in our list of the top 10 greatest judo players of all time.

Yamashita holds the record of 203 contentious victories from October 1977 till his final match in April 1985. And during that time, he remained unbeaten. He became the youngest judo player in history to achieve the title of All-Japan Judo Championships in 1977.

And he did that at the age of just 19 years old. Yasuhiro Yamashita won the 79 World Judo Championships and received the Japanese National Prize of Honor on October 9, 1984. 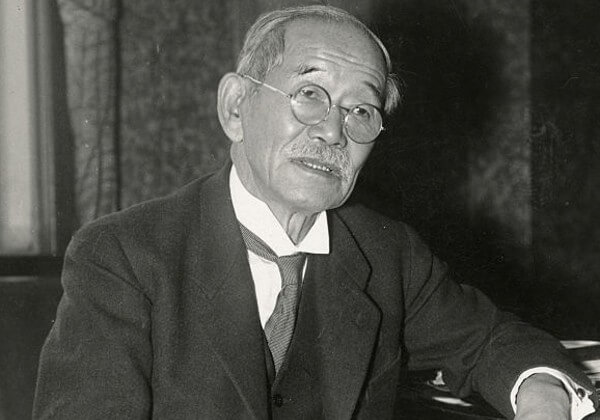 He included the black-and-white belt system in Judo. And with all these, he surely deserves the top place among the greatest judo players of all time. Till now, his fans have noted him for his amazing contribution to the sport of Judo.

His admirers also note him for his mottos that state, “Mutual Welfare and Benefit” and “Maximum Efficiency with Minimum Effort.”

He also played a major role in the induction of judo and kendo in Japanese public school programs during the 1910s. He was also the first Asian member of the International Olympic Committee and served his duty from 1909 to 1938. Kanō Jigorō officially represented his nation Japan in most of the Olympic Games between 1912 and 1936.

These greatest judo players, with their achievements, have made a great contribution to the art itself and its acceptance and popularity in various countries of the world. Today, when judo is such a common form of martial art, and there are many people who train in it for recreational and self-defense purposes, it has these judokas to thank for it all.

Q. Who is famous for judo?

Q. Is Teddy Riner the best judoka ever?

Teddy is one of the most dominant Judo stars. In 2021, he won a gold medal at the Judo World Masters in Doha, Qatar. Additionally, Teddy is the only person to have won ten World Championship gold medals and two Olympic gold medals.

Q. Who is the father of judo?

Kano Jigoro is known as the father of Judo. He is the Japanese founder of judo. Jigoro, who was born on October 28, 1860, studied various martial arts techniques before founding judo.

Q. Why is Japan so dominant in judo?

There is a tradition of judo in Japan, and the sport dates back thousands of years. This martial art combines athletic power with mental strength, a perfect representation of the Japanese soul. As such, it is very important to Japanese culture, not only as a sport but as a heritage.