Golf is an exciting outdoor sport, and people enjoy playing as well as watching people play it. One mesmerizing thing about this game is the golf clubs where it is played. Golf clubs are extremely beautiful and well-maintained, and one cannot stop feeling their charm. But even if you know about good clubs, do you know what hard stepping is?

Golf is played with a golf club which is a hand instrument through which the ball is struck into the cup. The golf club has a stick-like appearance and contains a shaft that connects the part held in hand by the player (the grip) to the club head. The club head has several parts, like the toe, sole, heel, face, etc.

Not all golf clubs are made similarly; they may have differences in any part. One main area where golf clubs differ is the shaft, which can be stepped and non-stepped. Stepping refers to the roughness or ridges in the shaft, constructed to amend the ball flight.

In this article, we will learn what stepping is and its subtype, mainly talking about the hard stepping in a golf shaft and how it affects the ball flight. So, Let’s delve into it! 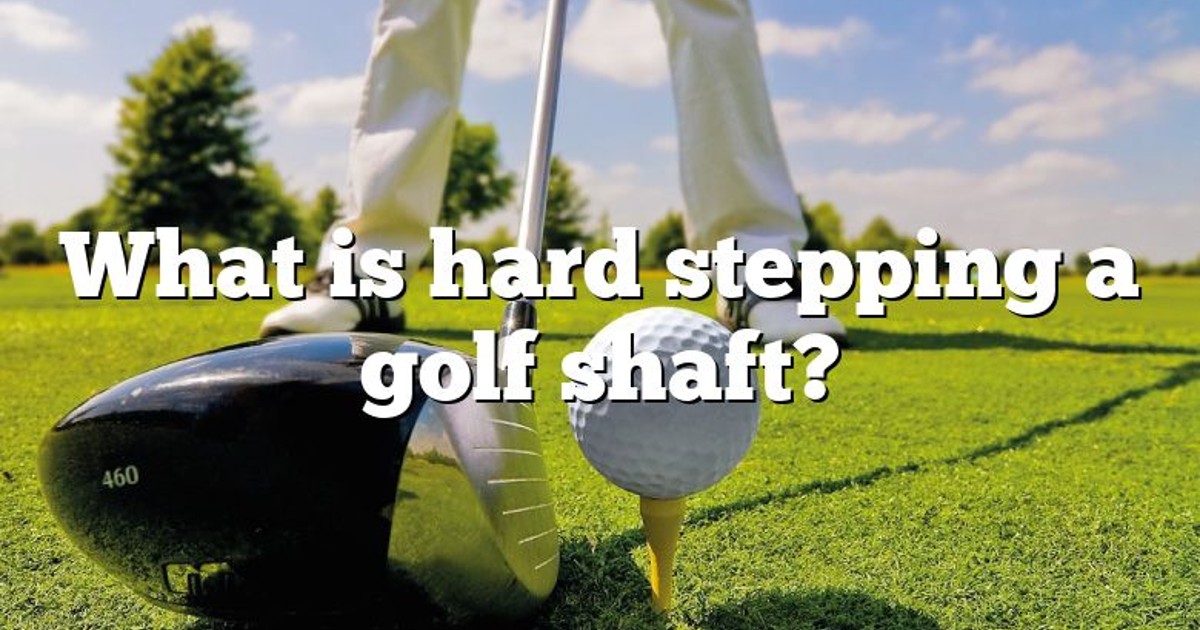 What Is Meant By Stepping On A Golf Club?

A golf club’s shaft is designed to undergo a bending movement when force is applied, and the shaft’s ability is known as the flexing ability. There are many shafts available with a range of flex, including 5 levels; Most Stiff, Extra Stiff, Stiff, Regular, Senior, and the least stiff, known as Ladies flex.

What Are The Two Types Of Stepping In A Golf Club Shaft?

Stepping in a golf shaft alters the club’s flex to modify the ball’s flight when struck by the club head. There are two types of stepping, hard and soft, and the main difference between them is that one kind increases the stiffness of flex, and the other reduces it.

Advantages Of Stepping In A Golf Club Shaft

As mentioned earlier, stepping is a method of modification that can help many players to alter the level of stiffness within the same golf club rather than keep different golf clubs with different flexes. It has many advantages:

What Is Hard Stepping In A Golf Shaft?

When the club head hits a ball, a force is exerted on the club’s shaft, which causes the golf shaft flex in it, leading to the shaft’s bending. The flex can either be stiff or soft; to amend the design of a shaft to modify the flex is known as stepping.

Hard stepping refers to the modification by which the stiffness of the shaft is increased, and its mobility and flex are reduced when it experiences a force. Hard stepping causes a slight reduction in the height of the shaft, whereas soft stepping increases its size.

What Are The Advantages Of Hard Stepping?

Hard stepping is the best tactic to add power to the already-used shafts. It is because hard stopping makes a stiffer shaft, so you can apply hard stepping if you do not want to buy a brand-new shaft for your golf club.

In addition, expert golfers believe that hard stepping adds to your grip and efficiency while striking the ball as it makes it easier for you to control the speed and the ball’s landing distance more efficiently.

However, it is vital to note that hard stepping is more fruitful for expert golfers who are efficient in controlling high clubhead speeds.

How Does Hard Stepping Change The Motion Of The Ball?

Golf players utilize stepping to modify the flex of the golf shaft and, thereby, modify the ball’s motion when in the air. It allows the players to get better control of the speed and height of the projectile pathway.

Hard stepping is used to increase the speed of the ball and, at the same time, reduce the flight’s height. It works best for professional golf players who aim for increased power and efficiency of the ball flight.

In short, hard stepping works opposite to soft stepping, which increases the height of the ball and reduces its speed, from which new players benefit.

How Is The Hard Stepping Of The Golf Shaft Carried Out?

Pros and Cons of Of Hard Stepping In A Golf Shaft

Hard and soft stepping have their own pros and cons, just like any other thing. Some of the pros of hard stepping are as follows:

Despite a good number of advantages, hard stepping has several disadvantages which limit its usage.

To conclude, the golf club is the instrument used to play Golf, and it contains a part known as the shaft, which the process of stepping can modify. Stepping is a process by which the shaft gets a flex in between the values of flex of the usual shafts.

Flex can be stiff and soft. Hard stepping aims at increasing the stiffness of the shaft, whereas soft stepping reduces its stiffness.

Also, hard stepping alters the ball’s flight, allows it to travel at higher speeds, and increases the shot’s power. Mostly, professional players use hard stepping because they have better control of the golf club and can balance the ball’s motion better with a stiff shaft. 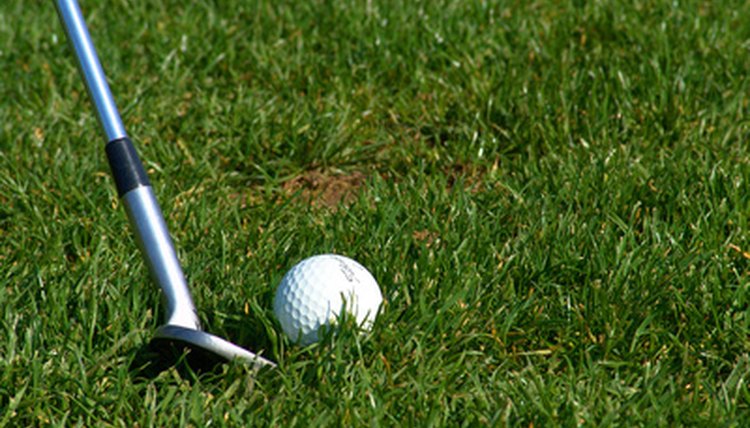 Q. What are the two types of stepping, and how do they differ?

Q. What is the stepping of the golf shaft used for?

Stepping a golf shaft is utilized to modify the stiffness and flex of the shaft when the club head experiences a force when it hits the ball, such as to achieve a level of flex in between the normal levels of flex.

Q. How does hard stepping modify the ball flight?

Hard stepping aims at increasing the speed and reducing the height of the projectile motion of the ball.

Q. Who can make benefit from hard stepping?

Q. How many types of golf clubs are there?

There are mainly three significant types of golf clubs. These types include woods, irons, and putters. It is vital to note that a player can carry different types and numbers of clubs. However, the number should not exceed fourteen. Besides these three types, a new kind of golf club has been introduced, named a hybrid.

Q. Should beginners consider hard stepping in a golf shaft?

The most straightforward and simplest answer would be no. It is not recommended for recreational golf players or novice players to consider hard stepping. It is because hard stepping demands players to be more experienced in generating or managing clubhead speed.