American chess player Alexandra Botez is undoubtedly the hottest chess grandmaster in the world right now. She touched a 2092 FIDE rating in March 2016. Besides being a grandmaster, she is also a popular YouTuber and Twitch streamer. Iranian-American chess diva Dorsa Derakhshani and American beauty Alisa Melekhina also deserve their mentions among the hot chess players to watch out for this year.

Men dominated chess until some of the greatest female stars came to prove their worth. While most people thought it was almost impossible to attend the same brainpower while having a jaw-dropping look, the female grandmasters took a different way. And several hot chess players have already proved that stereotype wrong!

Many great players in international chess are not just known for their fantastic performance against other masters but also for their looks and appeal. So, without any further delay, let’s check all the beautiful chess stars to look for this year.

Chess is not just one of the most difficult sports to master but also among the most popular sports in Russia. And now, just the male stars, even female divas, have proved their IQs in this game. And here are the hottest chess players right now. 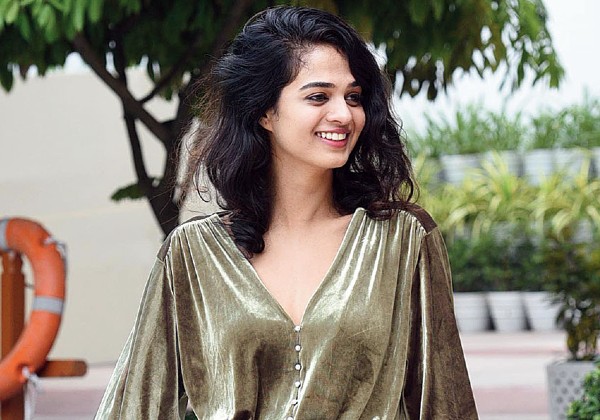 Indian chess queen Tania Sachdev currently holds both the titles of Woman Grandmaster (WGM) and International Masters. Besides, she is also among the hot chess players to look for this year for her real appeal having beauty with the brain.

She attained her peak FIDE rating of 2443 in September 2013. And From 2016 to 2019, she achieved the Commonwealth Women’s Chess Championship three times. She is currently sponsored by Red Bull. 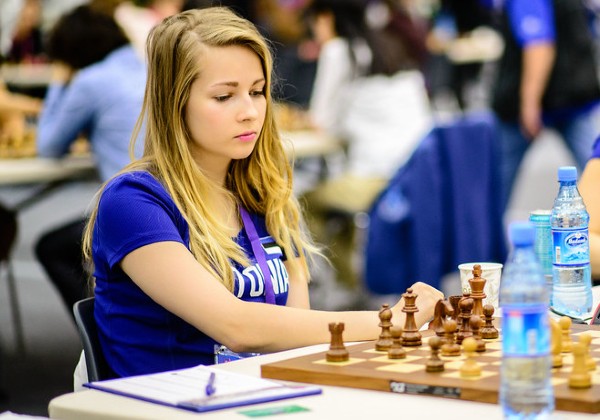 If you talk about the divas in chess from Estonia, you definitely talk about this gorgeous beauty, Triin Narva. She has chess in her gene as she is the granddaughter of iconic Estonia chess grandmaster Boris Rõtov and Women grandmaster Merike Rõtova.

From 2010 to 2016, she participated in the Chess Olympiad four times but hasn’t attained any satisfactory results. However, she achieved her highest FIDE rating of 2129 in April 2019. 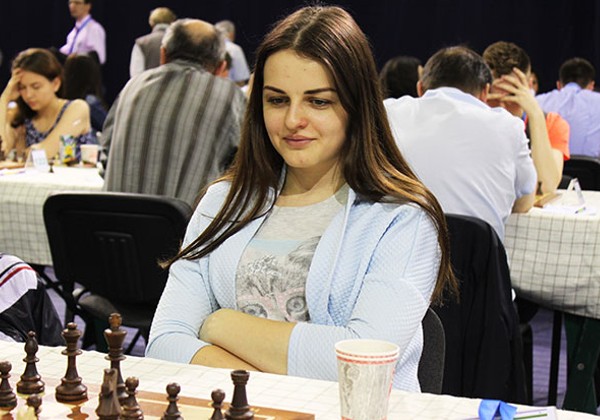 Belarusian chess player Lanita Stetsko is truly among the super-hot chess players to look for this year. From 2003 to 2010, she achieved the Belarusian girl’s chess championship titles, participating in various age groups and conquering all of them.

She first won the Belarusian women’s chess championships in 2015. However, she has also achieved two silver medals and two more bronze medals during her career between 2010 to 2017. And in December 2016, she became the International Women’s Chess Tournament champion.

Lanita became the FIDE Woman International Master in 2013. And in 2015, she achieved the FIDE Woman Grandmaster title. However, she attained her peak FIDE rating of 2297 in November 2014. 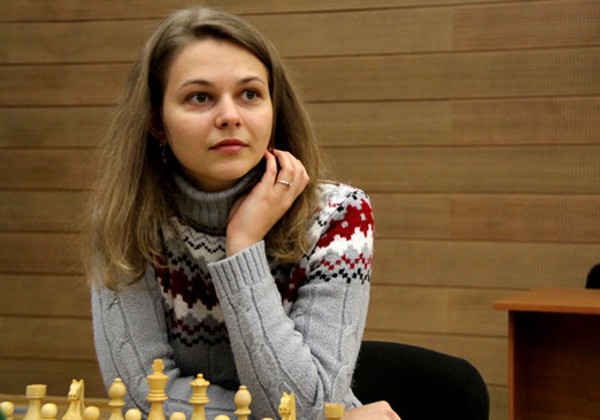 Ukrainian cess glam idol, Anna Muzychuk, is among the only four female chess players in history to attend a minimum of 2600 FIDE rating. Unbelievable, it may sound; she attained her peak FIDE rating of 2606 in July 2012.

Besides rapid chess, she has also shown her prominence in classical chess. She achieved second place in the Women’s World Championship in 2017. Besides her individual spectacle, she has also delivered a brilliant performance for her national side in team competitions. 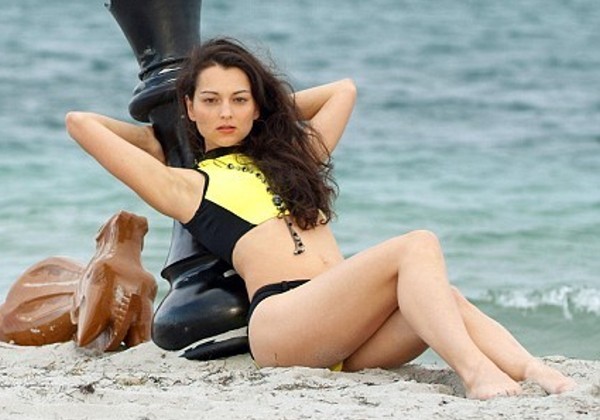 One of the gorgeous chess players from Russia, Alexandra Kosteniuk, is not just dashing for her looks but is also considered among the greatest female chess players of all time. From 2008 to 2010, she achieved the Women’s World Chess Championship title twice.

Recently in 2021, she became the Women’s World Rapid Chess Champion. And she attained her peak FIDE rating of 2561 in January 2018. And now, she is again above the 2500-mark in the FIDE rating. 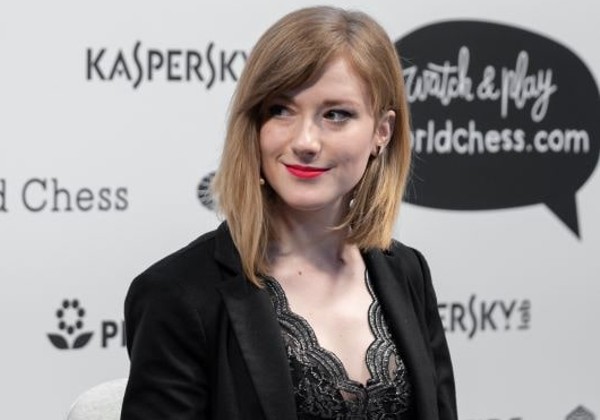 Hungarian chess queen Anna Rudolf is surely among the hot chess players to follow this year. Besides chess, she is also a Twitch streamer and a YouTuber having her own channels. However, she first came into prominence while becoming the Hungarian women’s national champion three times.

She has represented Hungary in the Chess Olympiad. She is also among the very few chess players who have defeated at least two international champions with more than 2600 FIDE ratings. Besides her usual chess participation, she is also known for her chess commentary.

She achieved her peak FIDE rating of 2393 in July 2010. And currently, she is still holding her place above the 2300-mark. She received the “Outstanding Athlete of the City” award in Bátaszék in 2017. 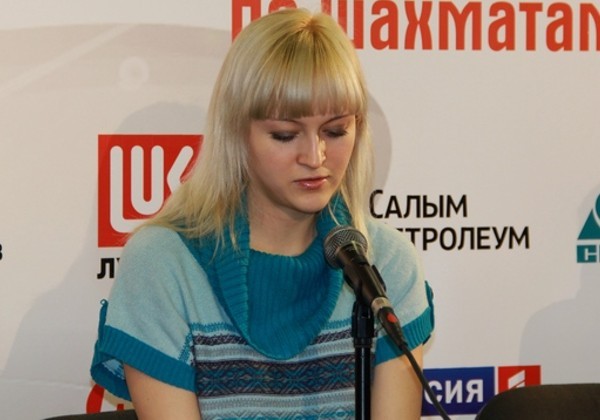 She first came into international prominence after becoming the Woman Grandmaster (WGM) in 2003. However, she delivered a brilliant performance in the 2006 Women’s Chess Olympiad. And the very next year, she achieved the International Master (IM) title in Abu Dhabi.

She became the silver medal winner at the Women’s World Chess Championship in 2013. Besides, she attained her peak FIDE rating of 2502 in July 2007. And now, she holds her place above the 2400 mark. 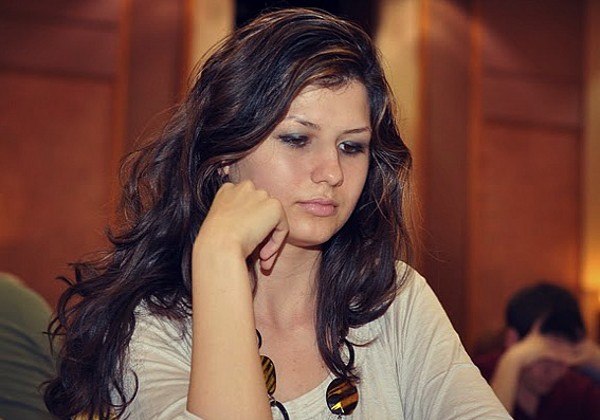 The United States is known for nurturing some of the most beautiful chess players of all time. However, no one can compete against Alisa Melekhina for her unmatched combination of beauty with brain. Believe it or not, she has achieved her peak rating of 2304 just at the age of 20.

Besides chess, she is also a classically trained ballerina. She also did great in her studies, attended the University of Pennsylvania Law School, and graduated in Law. However, she never stopped playing chess in international formats. 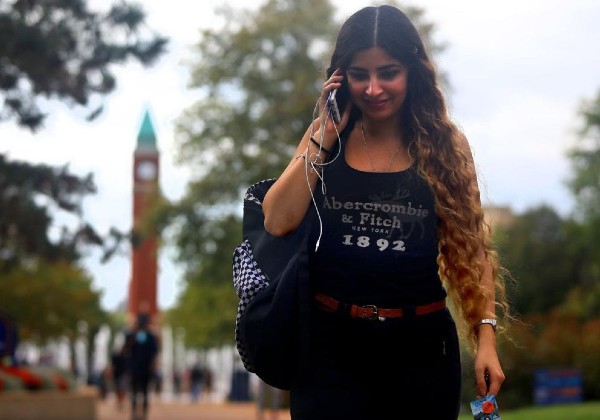 Iranian American chess star, Dorsa Derakhshani, is truly among the hot chess players to follow this year. In 2016, she achieved both the titles of Woman Grandmaster and International Master. Besides chess, she is also great at studies and attended the prestigious St. Louis University.

She first caught the eyes of chess fanatics after winning three gold medals at the Asian Youth Chess Championships in 2012. And then, she represented Iran in Asian Nations Cup twice between 2012 and 2014. Besides playing herself, she is also an accredited FIDE journalist.

And in 2016, she also achieved recognition as a FIDE trainer. She has also become the talk of the town for her conflict with the Iranian Chess Federation in 2017. However, she achieved her peak FIDE rating of 2405 in July 2016. 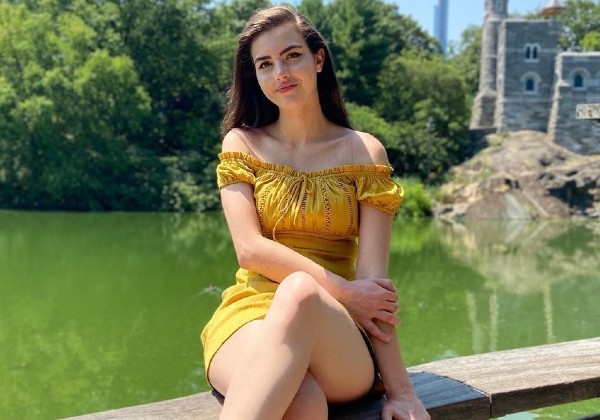 Without any doubt, Canadian chess diva Alexandra Botez is truly the hottest chess player of all time. If you have any parameters for beauty with the brain, she is truly the ultimate depiction of that. Besides her iconic chess performances, she is also stealing hearts with her drop-dead smile.

One of the best chess players right now, Botez, is not just a great player but also an acclaimed commentator, YouTuber, and Twitch streamer. This beauty first came into prominence after winning the Canadian National Girls Champion title a record five times. Besides, she now holds the title of Woman FIDE Master from the International Chess Federation.

Other than playing, she has an interest in various subjects. She was nominated as one of the board of directors for the Susan Polgar Foundation. Besides she has also attended Stanford University.

Many divas have already broken the stereotypes and proved that they have the right amount of grey matter to complement their drop-dead beauty. Although it is not rare these days, the divas we have mentioned above still hold their place in the heart of true chess players.

And we hope you already liked our list of the hot chess players to look for this year. If we missed anyone, feel free to drop your suggestion in the comment section.

Q. Who is the most beautiful chess player?

Without any doubt, the Canadian-American chess diva Alexandra Botez is the most beautiful chess player of all time. This pretty girl in chess also has the right grey matter with the perfect appeal. Besides chess, she has an immense fan following on both her YouTube channel and Twitch account.

Q. Who is the current best female chess player?

Q. Do chess players have a high IQ?

Yes, in general terms, professional players, especially chess grandmasters, do have a very high IQ. The general statistics suggest that a good chess player typically has an IQ of 100 and above. However, iconic players like Magnus Carlsen, Viswanathan Anand, and Garry Kasparov have more than 140 IQs.

Q. How do you attract a chess player?

It is truly a hot debate as it is not easy to attract the beauties with the brain. However, female grandmasters tend to be inclined toward their male chess counterparts. Besides, a few of them also accepted other sports heroes as their soulmates.