The FIFA World Cup will begin in the Middle East for the first time in its existence as the world’s premier football competition. For the soccer community and the region as a whole, Qatar 2022 will be a momentous occasion that will spark immense excitement.

The 2022 World Cup in Qatar would not be possible without the two million migrant laborers. As the tournament draws nearer, men and women, largely from Africa and Asia, are building the stadiums, the roads, and the metro. They will also be responsible for providing security for the football events, driving fans to the games in taxis, greeting them in hotels, and serving them in

The Qatari government signed an agreement with the International Labour Organization (ILO) in 2017 in response to years of increasing international pressure, promising to address widespread labour exploitation and “align its laws and procedures with international labour standards,” providing some comfort for those who have given so much to the nation and its dream of hosting the World Cup.

How many foreign workers are engaged in World Cup projects? 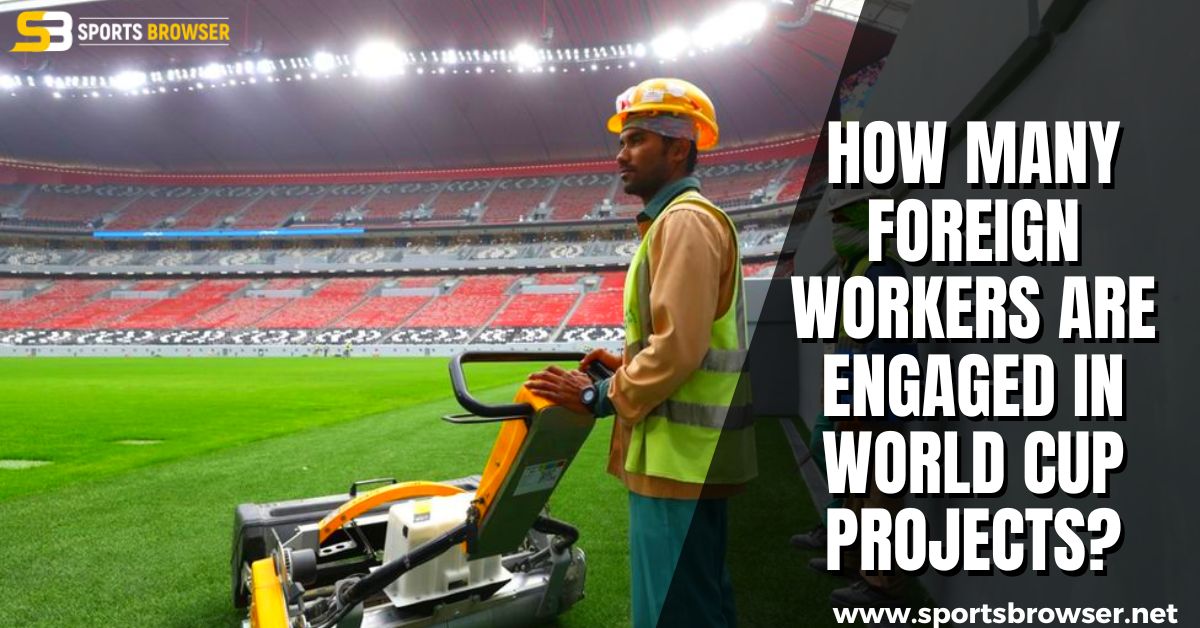 In addition to seven stadiums for the World Cup finals, Qatar is also developing a new airport, a metro system, a network of new highways, and about 100 new hotels.

The stadium where the championship game will be played is surrounded by a brand-new city. The government of Qatar claims that 30,000 foreign workers have been brought in specifically to work on the stadium construction. The majority are from the Philippines, Bangladesh, India, and Nepal.

How many foreign employees have passed away in Qatar? 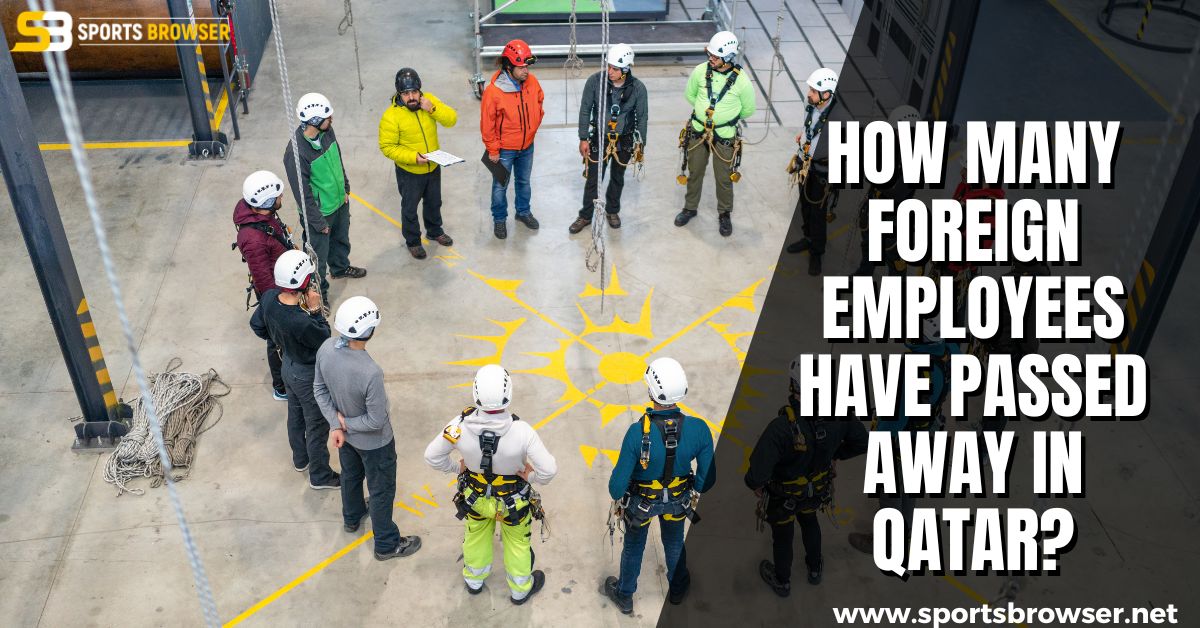 The Guardian reported in February 2021 that 6,500 migrant workers from Bangladesh, India, Pakistan, Nepal, and Sri Lanka had dead in Qatar since the nation won the World Cup bid. The amount is based on data provided by the embassies of the nations in Qatar.

The Qatari authorities claimed that the figure was inaccurate since not all of the deaths were due to World Cup-related initiatives. According to the report, many of them who passed away had lived and worked in Qatar for a number of years and may have passed away from old age or another natural cause.

The government claimed that there are 37 deaths among labourers at World Cup stadium construction sites between 2014 and 2020. But only 3 of them were “work-related “

What are the rights of foreign workers according to Qatar’s government? 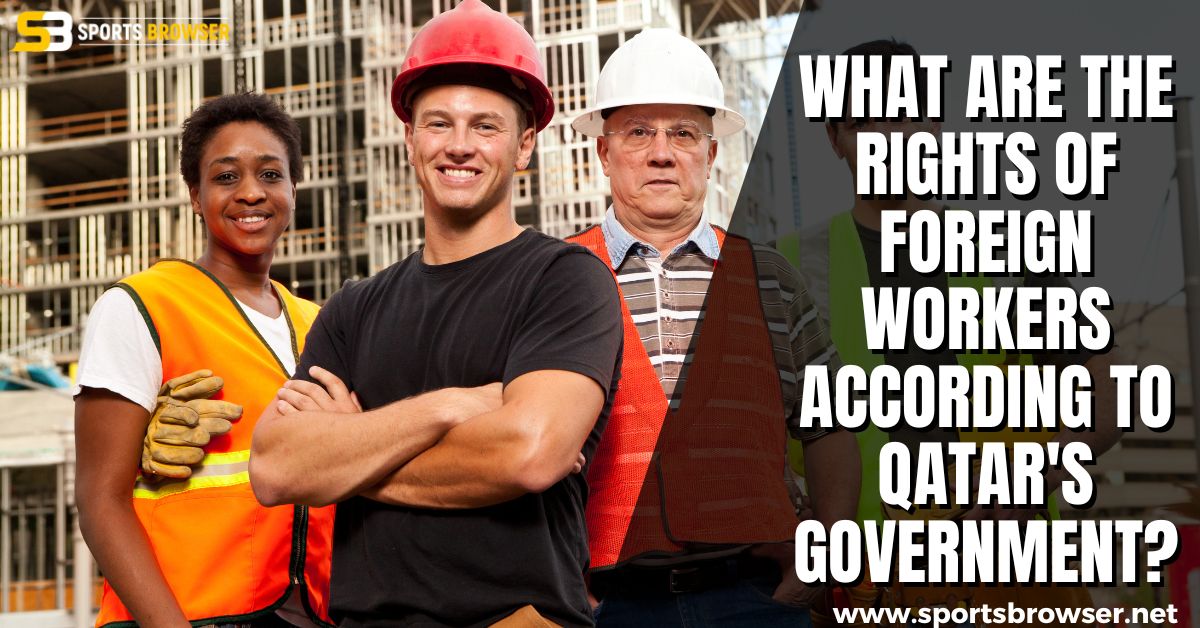 The Qatari government recently implemented a number of labour law revisions in collaboration with the ILO. A wage protection programme is one of them, and it’s meant to guarantee that firms pay their employees on time.

A government representative told the BBC that Qatar’s reforms have improved the working conditions for the majority of foreign workers. According to the spokesperson, “much progress has been done to guarantee that the reforms are effectively implemented. As enforcement actions become more established, the number of rule-breaking businesses will continue to decrease. 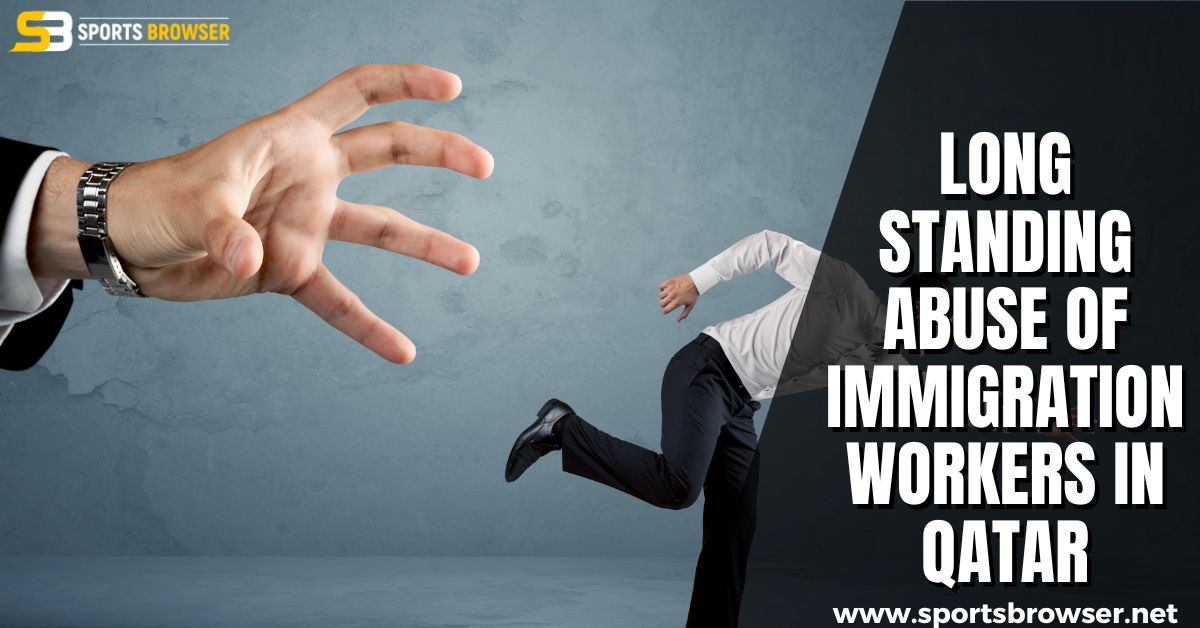 Human Rights Watch, a campaign organisation, claimed in a study dated 2021 that foreign workers continued to experience “punitive and illegal salary deductions” and “months of unpaid wages for long hours of gruelling labour.”

The Qatari “Kafala” system of sponsorship-based employment, which ties foreign workers contractually to their employers, is at the root of the abuses experienced by migrant workers. Qatar’s government prohibited “kafala” after criticism from organisations like the International Labour Organization (ILO), however, Amnesty International claims businesses still exert pressure on workers to prevent them from transferring workplaces.

In the capital of Doha, 60 workers recently protested against unpaid pay in front of the Al Bandary International Group’s offices. Some employees said they hadn’t received their pay in seven weeks. Beyond the spotlight of the World Cup and Qatar, domestic workers in the nation continue to suffer from severe and pervasive abuse at the hands of abusive employers and face the risk of falling behind in the reforms.

The population of Qatar has increased by about 40% since the emirate was chosen to host the 2022 World Cup, according to data released by the Ministry of Development, Planning, and Statistics (MDPS). In December 2010, the MDPS reported that Qatar had a population of 1.63 million. The most recent estimate shows a 39 percent rise in the population total from 2010.

According to statistics released in December by Doha’s Ministry of Administrative Development, Labour, and Social Affairs, there are 2.1 million migrant workers in Qatar, many of them are from nations like Nepal, Bangladesh, and India. Many people are employed by indirect World Cup initiatives including the construction of new highways, ports, and metro systems. Around 5,000 people are engaged in the construction of World Cup stadiums in Qatar. By 2018, that figure is projected to reach 36,000.

There are 2.1 million migrant workers in Qatar, and many of them are from nations like Nepal, Bangladesh, and India. The government of Qatar claims that 30,000 foreign workers have been brought in specifically to work on the stadium construction.