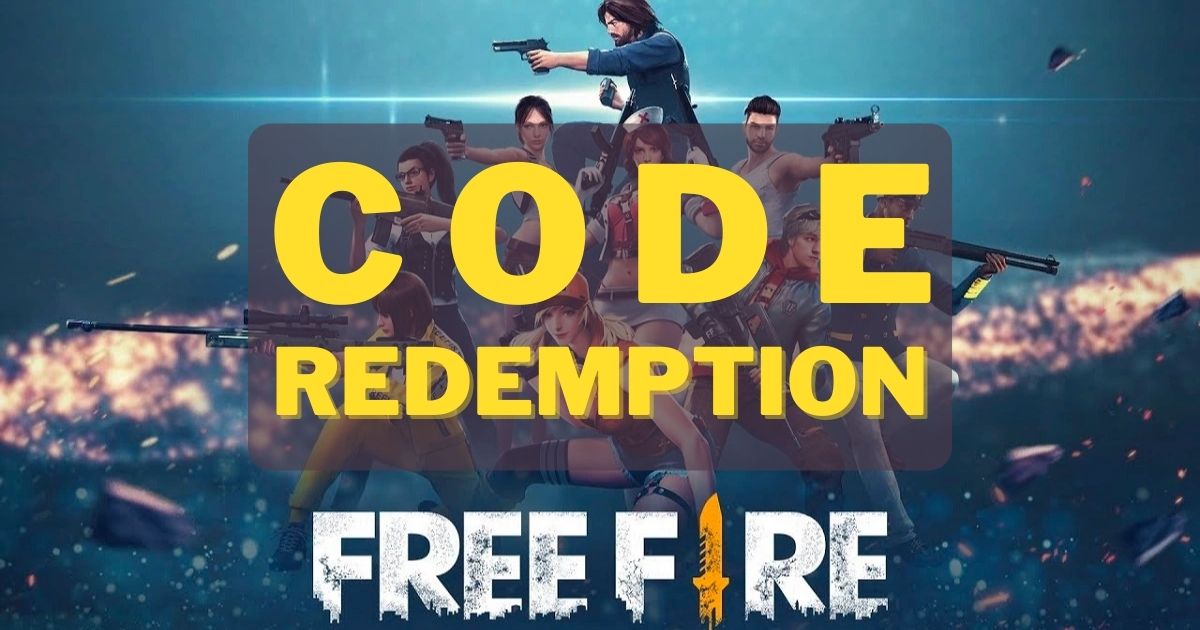 For Free Fire Players, here is an Important Tutorial How to Redeem Free Fire Game Codes?

What is Free Fire Game?

To deliver a more exciting experience to its users, Free Fire Game places 50 players in Iceland where they hide to survive or seek to draw out the other player, to be the last surviving in the game.

There are other modes too in Free Fire Game, to gain a more thrilling experience. One of those modes is Clash Squad mode, where Free Fire Game places two teams having 4 players each.  They are placed in a small locality, where they combat many times to each other, to determine the more skillful team among them.

To provide a more exciting and thrilling experience to its audience, Free Fire Game launches new codes with an expiration date to get the rewards.

Why Free Fire Game is so popular?

The reason behind the popularity of the Garena Free Fire Game is its download frequency. It’s an adventurous game. Players use their different strategies e.g what weapons are needed to acquire, where to hide, where to seek or take up a fight and what landing position should be taken, and much more.

Since Free Fire Game is the most downloaded game on google play that is why Free Fire won “Best Popular Vote Game” in 2019.

You May Like: How To Activate Fox Sports on Ruku

The Free Fire Game rewards are the built-in game item that players can win. To be the best player, users want to win those items. These items include characters, pets, costumes, diamonds vouchers, skins, and more.

To win these items players need in-game currency like Diamonds. For diamonds or packages, players need to redeem the codes on the redemption sites. These codes are twelve alphanumeric digits.

Why Redemption Sites are needed?

Not every player in the game affords Diamond currency, so to win or avail of the Free Fire Game Rewards they wait for the daily events. Garena Free Fire Game launches certain redemption codes every day with an expiry period. To redeem those codes, we require Redemption Sites.

To avail of Free Fire Game rewards, players need to spend diamonds, which is not feasible for every player. Redeeming codes are the alternate ways to play free-of-cost games for such segments. Many players prefer to redeem codes because these are less complicated and easy to understand.

To win the Free Fire Game rewards by utilizing Redemption Codes, these codes are region specifies and they can be useful only in that specific region. All you need to do is to browse visit the official Rewards Redemption Site. That is Free Fire Game (garena.com)

To learn properly, we need to have a look at the step-by-step process, we will discuss each step in full detail with images.

Step 3: Once you get logged in, enter the Redemption Code in the given place available on the screen.

Step 4: After pasting the Redemption Code, click on the confirm button.

Step 5: You will get the congratulation message on the screen.

Now you can avail Free Fire Game Redemption Reward from the Vault tab. You can find out this Vault Tab in the game. So, you will enjoy the perk of winning the diamond voucher packages and many more other rewards. The rewards that you got after redeeming the code will be added to your account.

Garena Free Fire Game launches certain codes daily with some period of its expiry. These redemption codes are region specified and can only be useful only in the specific region. Following are the latest Free Fire Game code along with its reward mentioned:

Garena Free Fire Game is a battle royale game that excites and delivers a thrilling experience to its users. That is why users love to play this game and this is the most downloaded game on google play.

The reason behind its popularity is that it provides an adventure-based experience where players use their strategies to play sensibly and strategically so that they would be the last surviving player in Iceland.

To be the best player in the game, they want Free Fire Game reward and to avail of that reward, they need to spend diamond currency every time. That is not feasible for the player each time.

How can I play Free Fire Game without downloading it?

Is Free Fire Game an alternate for PUBG?

No, the Free Fire Game battle shooting game is not a copy of the PUBG game, since it was launched on 30th September in 2017. That is earlier than the PUBG launch.

Yes, this game is for free. There is no need to pay extra cost for it. But yes, you need to spend diamond currency within the game to avail Free Fire Game Rewards.

You can download the Garena Free Fire Game from Google Play Store.

Yes, Free Fire Game codes are region specified. And they only are useful in a specific region.

Who is the king of Free Fire Game?

Ravichandra Vigneshwer is the king of Free Fire Game Games, he belongs to South India and he has his own YouTube channel where he uploads Free Fire Game games videos.

Who is the Queen of Free Fire Game?

Sooneetha Thapa Magar is the queen of the Free Fire Game. She has a YouTube channel with 4 million subscribers.

Does Free Fire Game have a PC version?

Free Fire Game can be played on PCs or laptops but with the help of the Bluestack program. Free Fire Game don’t have a native version for laptops/PC’s

Who hacked the Free Fire Game?

A 12-year-old boy named “Biraj” who belongs to Nepal is said to be the biggest hacker in Free Fire in the world.