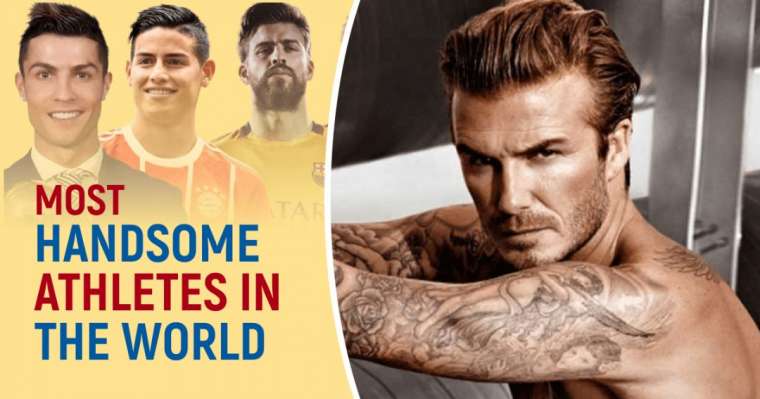 Sports are a source of great entertainment and joy. All over the world, millions and millions of people exist who love sports. They have their favorite teams, and root for specific players. The fan base of the athletes keeps on increasing, on the basis of the contribution they make to the teams they play for, and the skillful gameplay that they display on the field. Even the young players seem to capture attention with their style and looks. Let us look at the top 10 most handsome athletes in the world.

Most Handsome Athletes In The World | 2021 Updates

Athletes are no less than the most famous celebrities when it comes to popularity. Apart from their skills, they are always under the speculations of the media for their income. They earn huge from their teams, and also from the brands they endorse.

To top it all, if a player has the right looks, there is nothing like it for the fans. While there was a time when a woman athlete was under the scanner for being beautiful, being judged for looks is not more allotted for the fairer sex only, now. Men who are handsome seem to rule. 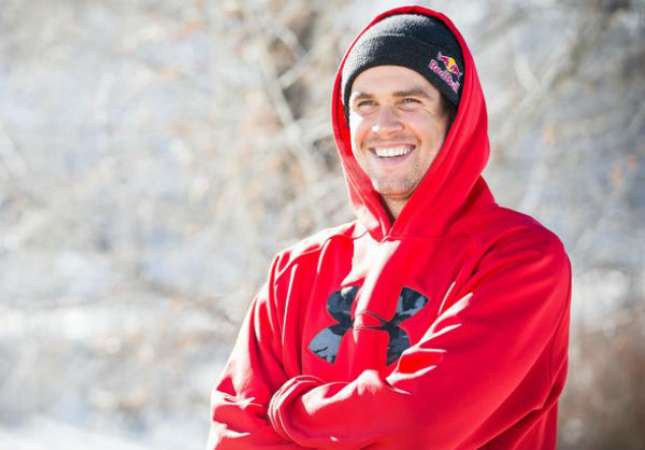 Born in 1991, 29-year-old Bobby Brown is originally an Armenian. But this freestyle skier, who specializes in slopestyle and big air competitions, serves as a representative of the United States of America.

His list of ‘firsts’ also includes the perfect score of 100 at the Big Air event at Winter X Gaming XIV, where he walked with a victory in the Slopestyle event. His cute smile melted hearts at the 2014 Olympics.

He endorses Red Bull, Skullcandy, Smith Optics, Under Armour, Salomon, Dakine, and Breckenridge resort. He now surely deserves his mention among the top 10 most handsome athletes in the world. 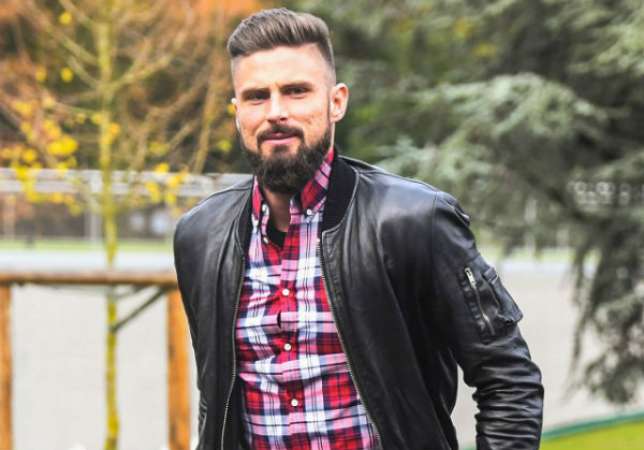 Born in 1986, 34-year-old Olivier Giroud serves in the national soccer team of France as a striker. He also plays in the English Premier League as a part of Arsenal.

He has unique gameplay which makes him stand apart from other professional soccer players, with his physical approach, shot power, and strength, in addition to amazing heading capability and link-up play. Giroud now holds the ninth place in our list of the top 10 most handsome athletes in the world.

He is also renowned for his runs to the front post, which outwits the defenders. During his professional career as a player on the French team, he has been capped more than 50 times.

He made it to the team that went to the FIFA World Cup 2018 quarterfinals. Giroud was quite a treat to the eyes, what with his gameplay, and his handsome size. He is known to have extended his sponsorship deal with Puma. Born in 1989, 31-year-old Nathan Bartholomay is a pair skater who represents the United States of America. Along with Felicia Zhang who is his former skating partner, Bartholomay has successfully obtained a bronze in 2013, and after that, a silver, at the Nationals.

As a successful duo, they made it to many of the most prestigious tournaments, but, despite great performances, remained off the podium. He now holds the eighth place in our list of the top 10 most handsome athletes in the world.

They were invited to replace injured duo Denney/Coughlin at the Winter Olympics, 2014, where they managed to finish 12th. After the Olympics, the duo officially declared the end of their successful partnership in July 2014. 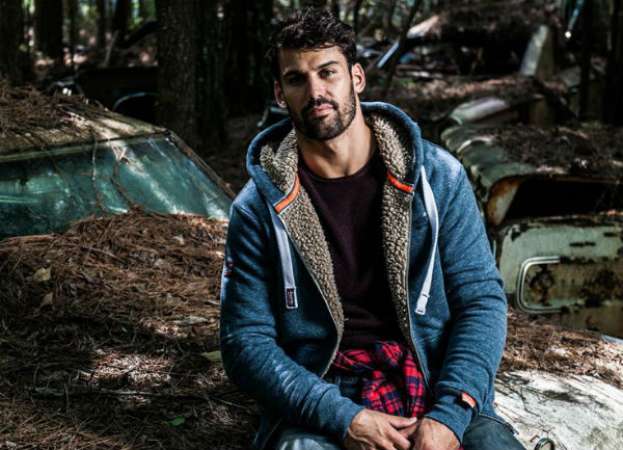 33-year-old Eric Decker was born in 1987 and is an American football player, serving for the New York Jets as their wide receiver at the National Football League. He started his career in this sport back in college and played for the University of Minnesota.

He also played baseball for them. After that, he started his career as a professional American footballer in the NFL back in 2010. Decker is known to have teamed up with Muscle Pharm for a sponsorship. Besides, he has also been promoting sponsorship with Ruffles.

He has a television show called E! Decker is known among his fellow players as a charismatic and humble person, and is one of the cutest players in the NFL, with his perfect jawline and all.

His new role as a daddy to a baby girl simply works in his favor. Decker now holds the seventh place in our list of the top 10 most handsome athletes in the world. 36-year-old J. J. Redick was born in 1984 and is a professional basketball player who plays in the NBA for the Los Angeles Clippers. He began his career as a basketball player in college, playing for Duke University where he set several records in the history of college football.

He started his career as a professional player began back in 2006 when he joined the Orlando Magic. This was followed by some remarkable performances on his part. Redick currently holds the sixth place in our list of the top 10 most handsome athletes in the world.

He holds the record for the highest number of ACC points as well as career ACC tournament points, although, the record of ACC career points that he set in 2009 was broken by Tyler Hansbrough.

Apart from being a potential legend of basketball, he is quite a treat to the eyes as well. He is endorsing ShotLoc Basketball Training Kit. 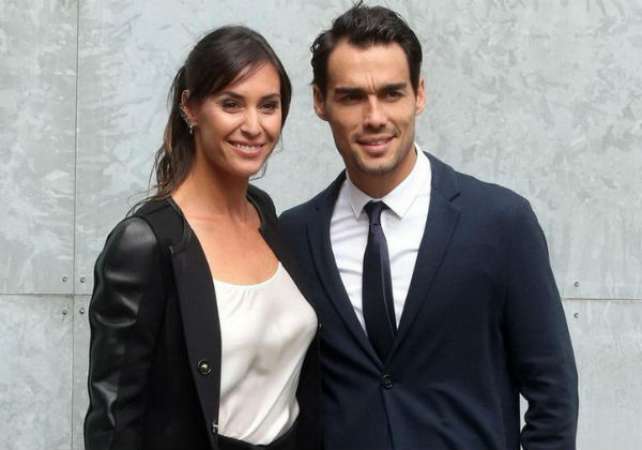 Born in 1987, 33-year-old Fabio Fognini is a professional tennis player. Currently, he holds the position of Italian No. 1. On the other hand, when it comes to his ranking in the world in the case of singles, he is currently positioned at World No. 13, his career-high.

Red clay is his favorite, and he performs his best on it. He now holds the fifth place in our list of the top 10 most handsome athletes in the world.

He has succeeded in winning many of his best games on the red clay, including 2 ATP singles, in Viña del Mar, Hamburg, and Stuttgart, along with the highest levels of some of the most top-notch tournaments in tennis, including the French Open.

Fognini is known for his use of clean groundstrokes in the counterpunching style. He uses the equipment of Babolat and endorses the apparel and shoes of Adidas. His tousled hair and stubble add to his charm. 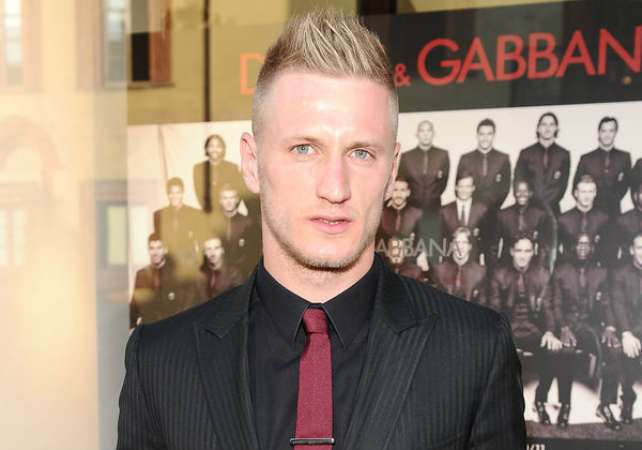 Born in 1986, 34-year-old Ignazio Abate is a professional athlete from Italy, associated with soccer. He is a part of Milan in Serie A where he serves as a fullback. Abate is celebrated as one of the fastest athletes based on his performance in the majority of the top-notch leagues he has participated in.

He is also renowned for his quick sprint down the right-wing. He now holds the fourth place in our list of the top 10 most handsome athletes in the world.

Abate’s career began as an amateur player, and he graduated to become a part of the youth system of Milan in 1999. After serving at different levels of youth international football, he successfully moved to the Italian U-21 team and continued until he went on to the senior national team of Italy.

He scored his first international goal in 2013 against Germany. In addition to being a great player, he is quite a treat to the eyes. 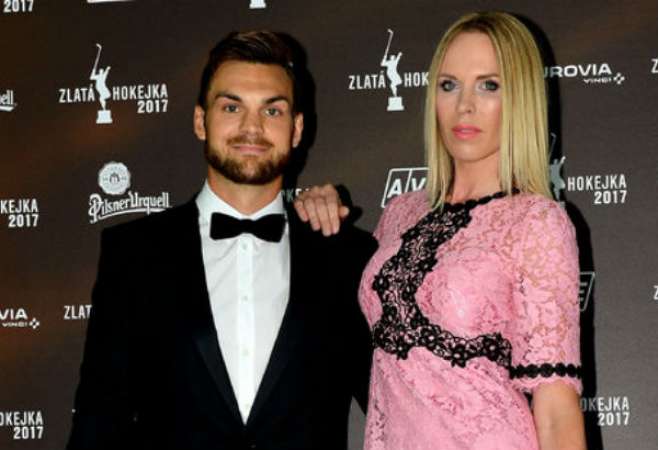 32-year-old Michael Frolik, born in 1988, is a professional ice hockey player from the Czech Republic who represents the team of Winnipeg Jets in the National Hockey League.

He played for Chicago Blackhawks and had helped his team reach their victory in the 2013 Stanley Cup, after which he got traded to Winnipeg Jets. His career at the NHL began in 2006. He admittedly considers Klando’s Jaromír Jágr his role model, and comparisons are drawn between the two very often.

Frolik is referred to as The Baby Jágr. There is a resemblance between their playing styles, and their appearances, too, are very alike.

Besides his handsome appearance, Frolik is also known as the first player in the history of the NHL to score more than one career penalty shot goal in the post-season. He now holds third place among the top 10 most handsome athletes in the world. 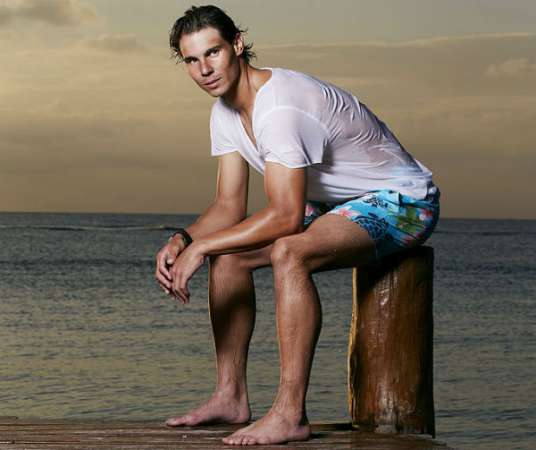 Born in 1986, 34-year-old Rafael Nadal is a professional tennis player from Spain. He currently acquires the position of World No. 3. Nadal displayed his best performance on the clay court. Fans nicknamed him ‘The King of Clay’.

However, he has not restricted himself and has evolved into an all-court tennis player, thus having emerged as one of the best all-rounders of tennis. Nadal now holds the second place in our list of the top 10 most handsome athletes in the world.

He has succeeded in bagging the most awards and titles, which include a gold medal in the Olympic 2008, 18 Grand Slam singles titles, 35 ATP World Tour Masters 1000, and 20 ATP World Tour 500 victories, and set records in the last two.

Apart from being an amazing athlete, he is one of the hottest players. He currently endorses some megabrands, including Nike. 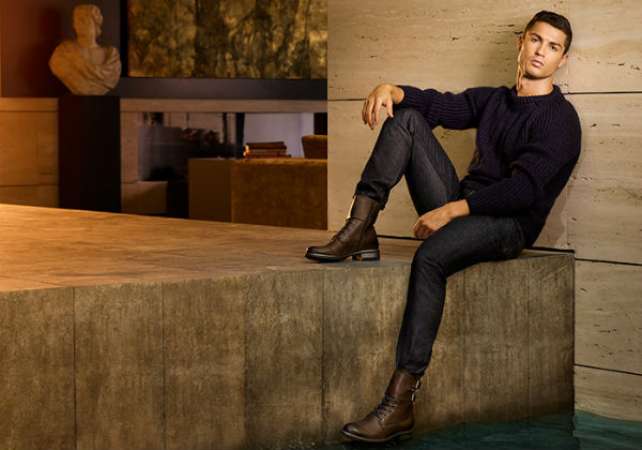 35-year-old Cristiano Ronaldo was born in 1985 and is a Portuguese professional soccer player. He captains the national football team of Portugal and he also serves on the Italian side Juventas, where he plays as the forward.

He turned out to be one of the most expensive players in the world when he had a transfer worth £80 million from his previous team, Manchester United to Real Madrid, back in 2009.

His career as a part of the Portuguese national team began in 2003 and has been capped over a hundred times. He is the first Portuguese player to have scored 50 goals in international football.

While he is one of the greatest footballers of all time, he is also extremely popular for his great looks and style. He endorses several megabrands, and that includes Nike. Ronaldo now holds the top place in our list of the top 10 most handsome athletes in the world.

Different people have varied ways of defining beauty, and hence, it is safe to say that going by the different standards of beauty, the world of sports is filled with the most handsome people, with prettiest faces and the best physique, and hence, the above is not an exhaustive list, something, that is an impossibility to succeed, given the subject.

FAQs Regarding Most Handsome Athletes

Q. Who is World No 1 handsome?

Q. Who is the biggest sports star ever?

A global audience has named Michael Jordan the greatest sportsperson of all time. During his illustrious career, he won six NBA titles and briefly played baseball.

Q. Which sport has the most handsome men?

Rugby is known for having the most handsome men. “Rugby is the sexiest sport for men,” says most of the sports fans around the globe. The fans of this sport say it has a higher level of sportsmanship than football.

Q. Which athlete has broken the most records?

Sergei Bubka (Ukraine) set 35 world records in the pole vault between 1984 and 1994. As part of his illustrious career, Bubka set 17 outdoor and 18 indoor world records, and he remains the current record-holder in both disciplines.