It has always been New Zealand’s policy to encourage young people to get involved in sports at a very young age. It has experienced tremendous success of New Zealand in a variety of sports despite being a small nation. To find out what those sports are, let’s get into rankings. 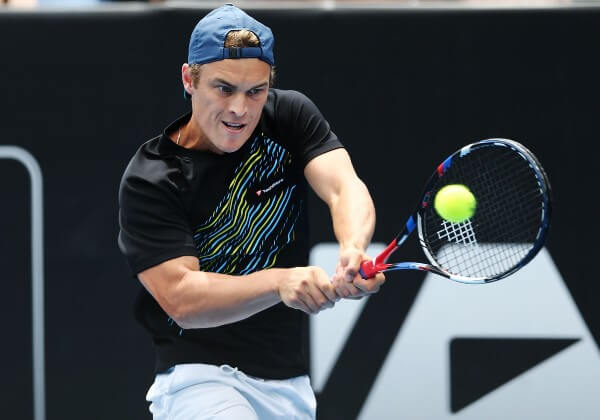 Out of the top ten most popular sports in New Zealand, we have ranked tennis in the 10th spot. In the 1870s, tennis was introduced to New Zealand for the very first time. Then after some years in 1886, the first championships of tennis were played at Farndon in Hawkes Bay.

Furthermore, tennis is governed by the New Zealand Lawn Tennis Association, commonly known as the Tennis New Zealand, established in 1886. Besides, the best tennis players from New Zealand, because this sport got popular, are Tony Wilding, Micheal Venus, and Chris Lewis.

Moreover, several greatest female tennis players are also from New Zealand. These players motivated the whole nation that even the children are fetching towards the tennis sport.

Moreover, New Zealand has 59 tennis court locations and 200 tennis venues; these are also for New Zealand’s children. We can say that tennis is in a robust financial state in New Zealand; all the players can easily access the provided facilities. 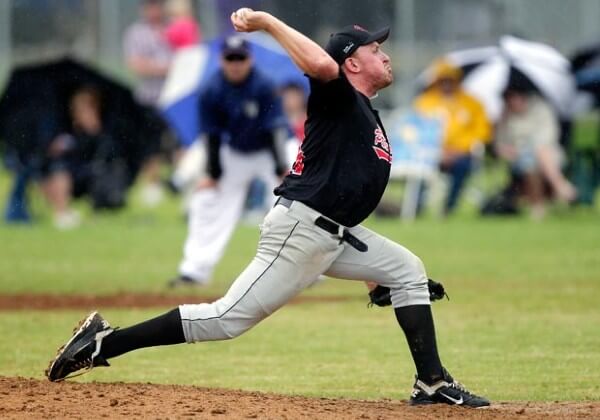 Regarding our information, the professional baseball players from New Zealand are Scott Campbell, Toronto Blue Jays, and Las Vegas. They are not just superbly talented but also among the hottest baseball players of all time.

After that, in the 1996 Olympics, New Zealand sent a team to Australia for the Olympic Qualifying Tournament. But unfortunately, the team couldn’t make it. Besides, for the 2013 World Baseball Classics, Major League Baseball announced the New Zealand Baseball with all other nations. 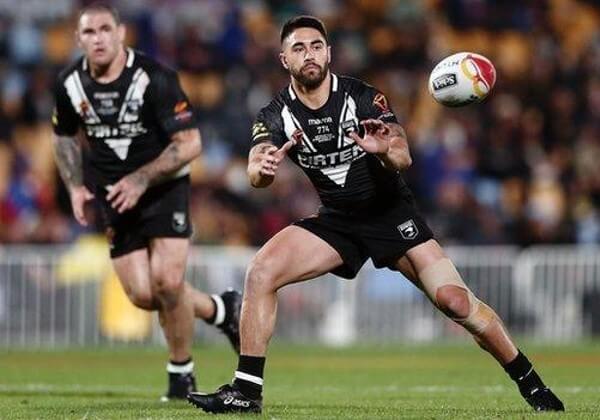 New Zealand is considered the most prosperous nation to participate in international competitions after England. Being the participant of the New South Wales Cup, the New Zealand players are considered the only non-Australian team to reach there.

You can estimate the value of the rugby league in New Zealand by knowing that it has 142 clubs. And organize competitions in clubs like National Rugby League, Bartercard Cup, Waikato Rugby League, and Auckland Rugby League. And players participating in these leagues are not just talented but also among the most handsome rugby players in the entire world.

In 2014, the team got the Rugby League Four Nations title for beating Australia. Further, the New Zealand Rugby League is recently the number one ranked rugby league nation. And the team is still on fire and determined to achieve more. 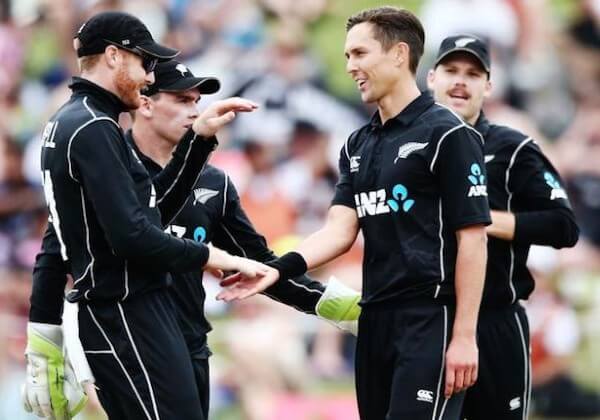 The national team, also known by its nickname as Black Caps, is governed by the New Zealand Cricket Board. And some of the greatest cricketers of all time are from this country that loves sports.

Being among the famous cricket teams, New Zealand participated in many international competitions like Cricket World Cup and ICC World Test Championship. Also, in New Zealand, cricket is regarded as the most popular and highest-profile sport of summer.

New Zealand has a High-Performance Cricket training center established at Lincoln University and gives its players extraordinary training. Despite 170,000 registered cricketers, the number of players is increasing swiftly. 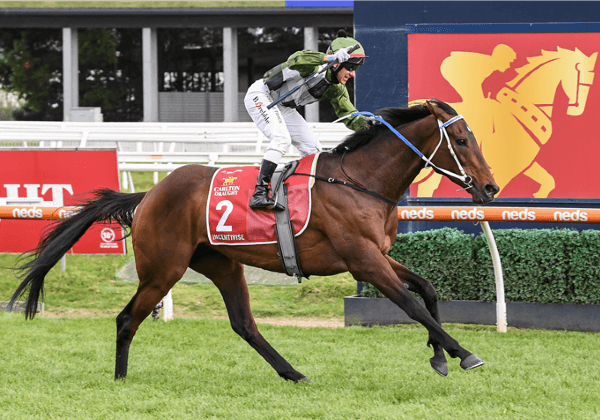 The most popular sport in New Zealand is the racing of Thoroughbred horses. Its governing body is the New Zealand Thoroughbred Racing Incorporated. This sport got much reputation because of the spectacular players like Murray Baker, Opie Bosson, and Bill Broughton.

Furthermore, between 1882 and 2019, New Zealand-bred horses won Australia’s Melbourne Cup 43 times in racing history. And the incredibly trained horses like Advance, Apollo Eleven, Avantage, and Baghdad Note made this sport a next-level game. Besides, it is among the richest games; maybe that’s why horse racing got much popularity in New Zealand.

Moreover, horse racing appeared in New Zealand soon after the Australian settlements in 1840. Not only a prestigious sporting event, but it also creates about $1.4 billion in New Zealand dollars every year.

The total employees are above 18,000, with 69 club areas licensed to racing in the country. Additionally, the horse resources are about 59 with a variety of best quality. We have also ranked this sport at position 6 among the most popular sports in New Zealand. 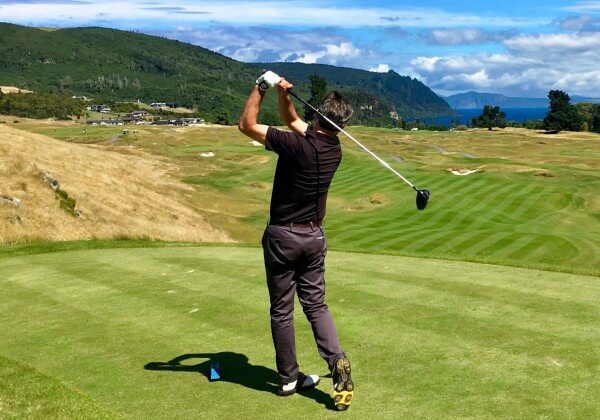 Golf is New Zealand’s number one sport in terms of participation rate and is the most played by this country than any other game. We have also ranked this sport on number 5 among the top ten most popular sports in New Zealand.

Golf is among the richest sports in the world, but in New Zealand, it has become affordable and causal. However, some golf courses are still costly. The Maori stars, i.e., Micheal Campbell and Phillip Tataurangi, are the biggest reason that attracted many populations to golf.

Only New Zealanders men used to play this game during the Victorian era, but now women and children are equally participating.

This shows that golf is widespread and much appreciated in New Zealand. Further, Tara Iti Golf Club and Jacks Point Golf Course are New Zealand’s top golf clubs and are also recognized internationally. 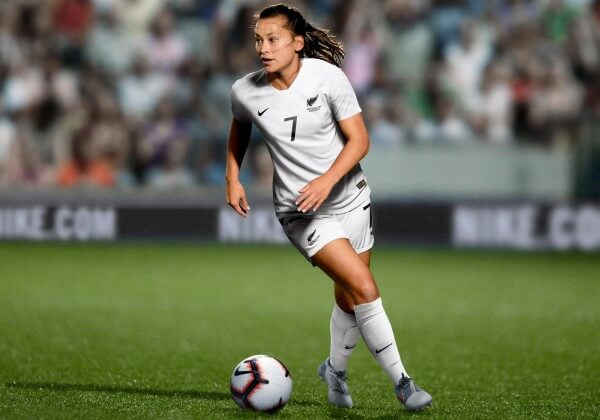 Moreover, this national association football team has competed in many competitions, i.e., New Zealand League, National Women’s League, and Chatham Cup. In 2007, 2010, and 2017 this sport has set an audience record three times.

Besides, the most famous association football clubs in New Zealand are Canterbury United, Eastern Suburbs, and Auckland City. Within time, association football in New Zealand has seen a significant increase in players. Also, some of the highest-paid football players, like Shane Edward Smeltz, Ryan William Nelsen, and Micheal Ryan McGlinchey gave this sport tremendous success and fame. 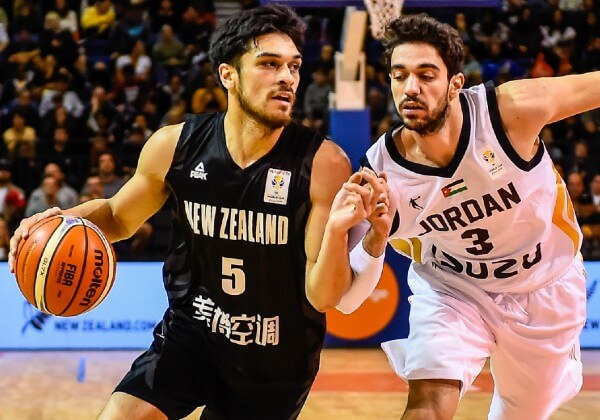 Basketball was introduced in New Zealand first time in 1908. And since then, it has been getting more popular day by day. According to our research, we have ranked basketball in 3rd position among the top ten most famous sports in New Zealand.

Further, the New Zealand team got incomparable talent that its players also participated in National Basketball Association. These well-known and successful players list include the gems like Sean Marks, Kirk Penney, and Steven Adams.

In 2001, this incredible basketball team defeated Australia in a three-game series and qualified for the 2002 FIBA World Championship. Moreover, the ten men’s basketball clubs are there, but women are also rising in this sport by playing basketball outstandingly.

Additionally, the players are also making whooping respect and amount by playing basketball which is around $17,000 per year. Besides, this country also houses some of the cutest basketball players to watch out for! 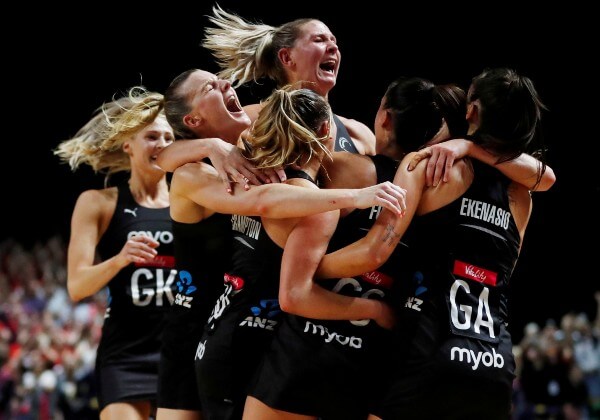 On number two, we have netball in the top ten most popular sports in New Zealand. This sport has both a high participation rate and a substantial public interest. The Netball New Zealand Association is governing the national netball team. According to a 2017 report, 144,358 players have received their registration with Netball New Zealand.

And not in just New Zealand but it is also among the most popular sports in England. From interschool and local club netball to the premier competition like ANZ Premiership, the New Zealand team never forgot to shine and conquer.

Since 1998, netball has been an integral sport in the Commonwealth Games. And while competing in the four gold matches with Australia, New Zealand won two matches in 2002 and 2010. 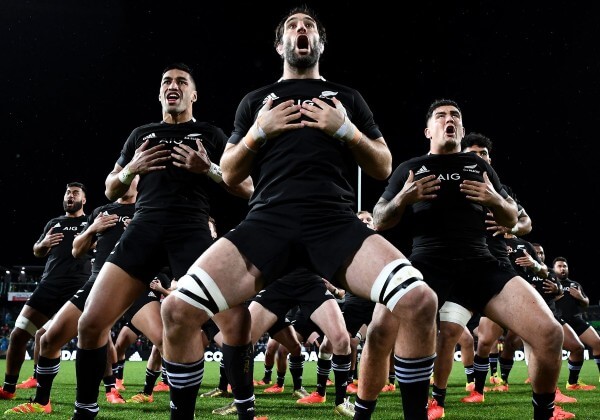 And here we have the most popular sport in New Zealand among all, the rugby union, an unofficial national sport of New Zealand. Its players are well-known both nationally and internationally.

Further, the men’s national team nicknamed All Blacks is regarded as the world’s second-best international rugby team. Additionally, the rugby union was first introduced in New Zealand in 1870, hosted two Rugby World Cups, and won too, first in 1987 and then in 2011.

The rugby union men and women of New Zealand are the recent World Champions in 7s rugby. Moreover, the most famous sport of New Zealand is under the administration of the New Zealand Rugby Union. And this country now houses some of the highest-paid rugby players of all time.

Besides, a total of 600 marvelous rugby clubs are there, with about 146,893 registered players, out of which 28,648 are adults. Other than men rugby players, women are also increasing in number and getting success as well. The Women Rugby World Cup is considered the highest rugby competition for the best female rugby players in New Zealand.

All right, everyone! We have shown you which sport is the most popular in New Zealand. New Zealand’s people and government are passionate about sports, and they encourage the youngsters to achieve their best in their chosen fields.

Anyhow, if you have any questions about rankings or sports in New Zealand, please let us know in a comment below. We will appreciate your reply.

FAQs Regarding Most Popular Sports In New Zealand

Q. What is New Zealand’s most popular sport?

In New Zealand, rugby is by far the most popular sport. Most of the new generation is increasingly interested in playing rugby. Sports on TV news are usually split 50/50 between rugby and other sports. Rugby now has two variants; union and league.

Q. What is the national sport of New Zealand?

In addition to being the country’s national sport, rugby is a major part of Kiwi culture, with some major events dominating our annual sporting calendar. As the Rugby World Cup 2019 takes place in Japan, all eyes stay focused on New Zealand’s national team, The All Blacks.

Q. What is the fastest growing sport in New Zealand?

The fastest-growing sport in New Zealand is basketball. Because basketball is more famous among males and females. Furthermore, it is very popular among Kiwi kids as well.