Legends Football League or LFL is basically a female version of 7 on 7 tackle American football league. Some people call it the lingerie football league because it was founded that way in the year 2009. But since then, the name has been renewed and rebranded to the legends football league for good. Mitchell S. Mortaza is the founder as well as the chairman of this whole franchise. Here are the top 10 richest LFL athletes in the world.

Legends Football League head office is located in LA. These sexy divas are strong and worthy. To know more about them read on. 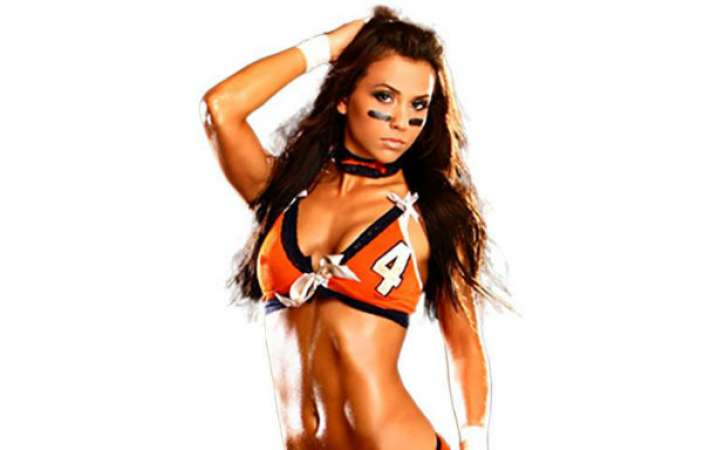 To begin our list of the top 10 richest LFL athletes in the world, we have got a winner in Brooke Finneke, and she deserves it all. Born on August 7th in the year 1982, she happens to be 37 years old. She was raised in Chicago, Illinois.

Brooke has an American nationality and has been extremely amazing with her gameplay. Her zodiac signature is Leo, which most people believe symbolizes power and strength. Some of the significant contributions of her include – Lingerie Bowl VII (2010), Eastern Conference Championship: Chicago Bliss vs. Miami Caliente (2010), and Philadelphia Passion vs. Chicago Bliss. 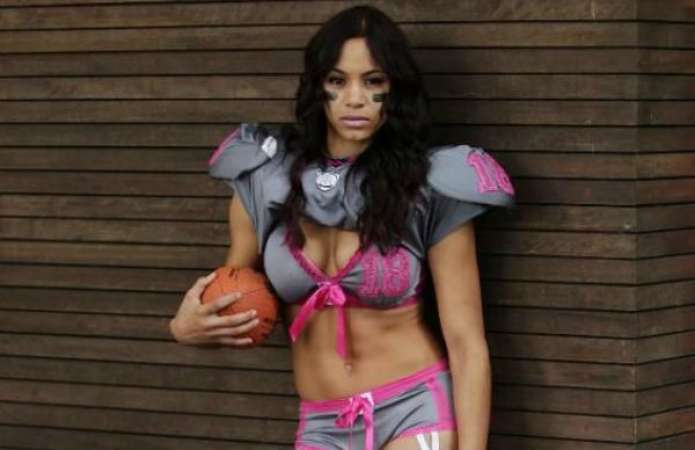 Another popular name to claim the 9th position – Adrian Purnell, a valued addition among the top 10 richest LFL athletes in the world. She is a women’s football player that has competed with the Jacksonville Breeze in the Legends Football League.

For the 2013 LFL Australia season, Adrian Purnell joined the Western Australia Angels. To add credibility to her career, playing as the 2013 LFL Defensive Player of the Year, she competed for a Jacksonville Breeze defense ranked number one in the league, allowing only 41 points – an impressive feat. Quite reasonably, Purnell would rank second in rushing and receiving yards, flaunting a solid offensive game that features 12.7 yards per carry and 7.1 yards per catch. 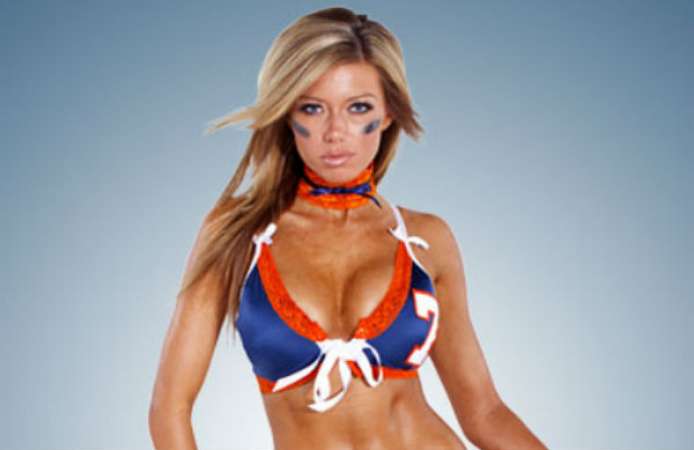 Number 8th position in this list of the top 10 richest LFL athletes in the world is bagged by none other than Melissa Mikkelsen. She was born on March 30th, in the year 1987, and is an Aries.

Mellissa was born and brought up in Dallas, Texas. Her nationality is American. She has been among the Amazing Successful LFL Athletes throughout her career. 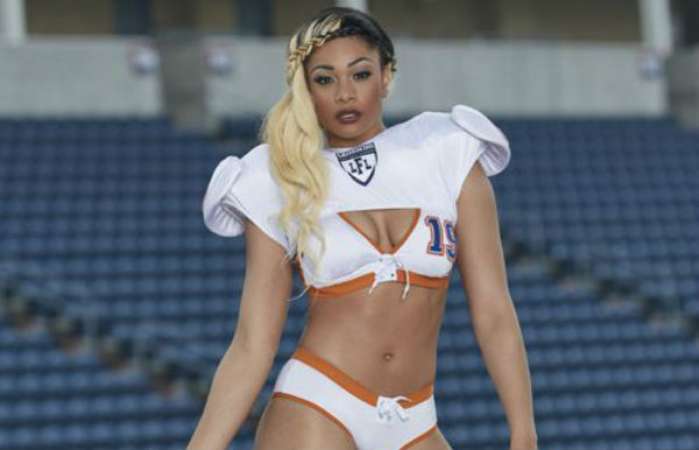 Telli aka Chantell Taylor has impressed us all with her staggering courage and toughness. Part of growing up in a rough neighborhood on the Southside of Chicago, she has never let herself be defined by living the stereotypical life in the hood.

Telli lives and breathes football and plays as a defensive lineman on the Chicago Bliss. She has a strong spirit and eyes full of big dreams, but with high walls around her heart and a necessity to always watch her own back. In all honesty, the football field is the only place Telli can vent frustrations and feel quite safe doing so.

Off the field, she is working in security and modeling simultaneously. Eager to experience new things in life, Telli is absolutely determined to rise above her roots and make good out of her life. She deserves the number 7 spot on this list of the top 10 richest LFL athletes in the world. 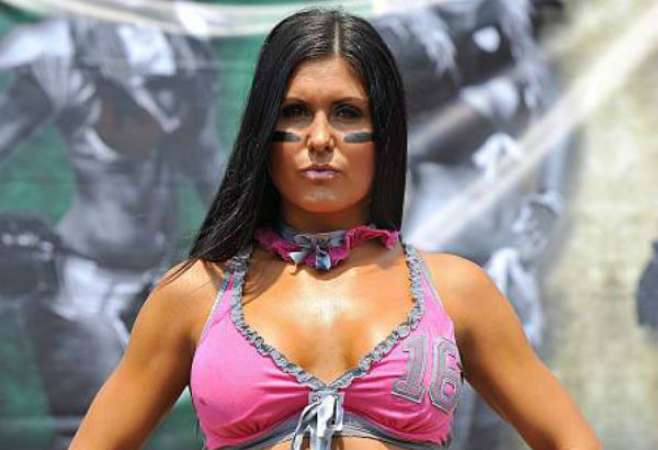 This person has righteously bagged the 6th place in the top 10 richest LFL athletes in the world. Noel Psick plays with the Los Angeles Temptation of the Legends Football League.

She has won three Legends Cup titles, making her a crucial member of the Temptation since their inaugural season. She had drawn some eyes, posing nude for the edition of Playboy Magazine in February 2011. The other 9 LFL athletes were also included in this project. Psick had also modeled for Muscle and Fitness. To top it all off, she is also one of the best CrossFit athletes. 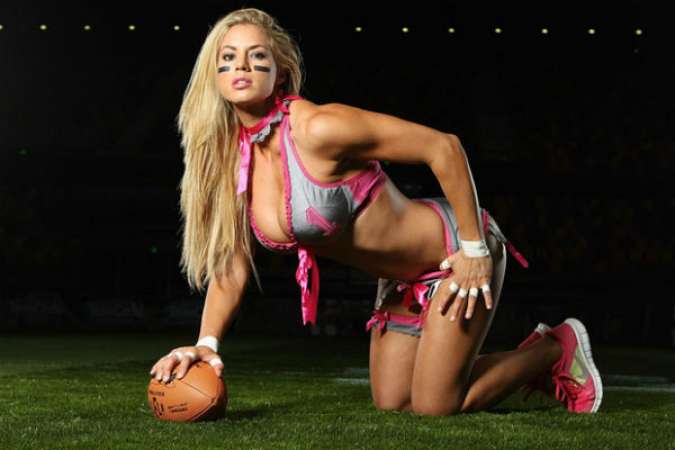 At number 5  of the top 10 richest LFL athletes in the world, Christine Moore is here. She used to play linebacker in the LFL, which is more commonly known as the Lingerie Football League for the team Seattle Mist.

Moore was ranked number 5 in the overall LFL top 50 hottest Athletes, in the year 2014. It has been told that The LFL athlete loves cooking among other activities. Christine is a Capricorn and believes that Capricorn women are solely focused on their dreams and don’t let anything get in their way. This can be an example of her life and her aspirations. 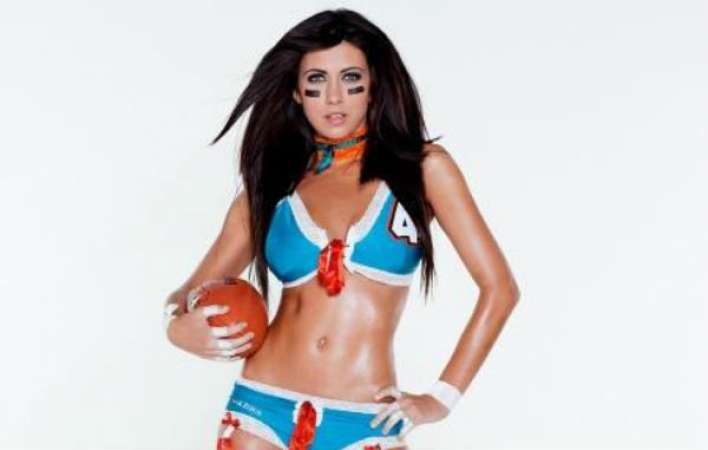 There would be little argument about the number 4 in this list of the top 10 richest LFL athletes in the world, and it is the very talented Kaley Tuning. Playing for the team of Miami Caliente, she is 5 ft and 6 inches tall.

Kaley actively takes part in campaigns that support gender quality as well as feminism. For those who don’t know, she has been a mortgage broker in her previous profession and worked up to LFL to fulfill her wishes and hobbies. In spite of being a woman, she never took herself for less than any man. 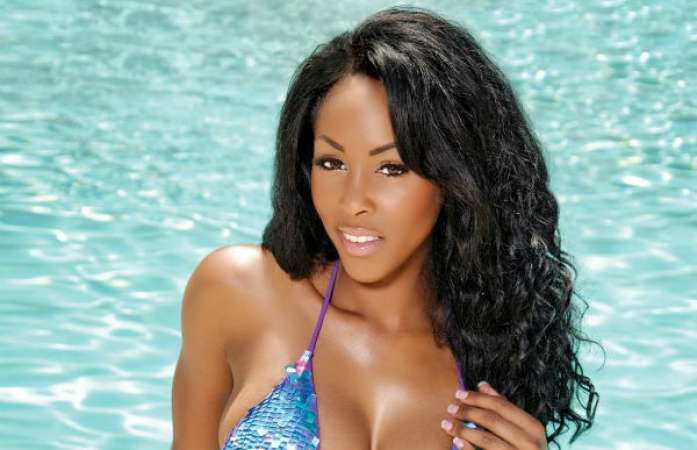 While we speak of the top 10 richest LFL athletes in the world, next in line we have Bre Cotton. One of the wonderful LFL Athletes, she has trained herself to the top.

She has been in teams like Tampa Bay and currently is a pivotal team member of Jacksonville breeze. Well, apart from being an amazing footballer, it doesn’t hurt that she is insanely hot. Bre can be described as the perfect blend of hotness and strength. 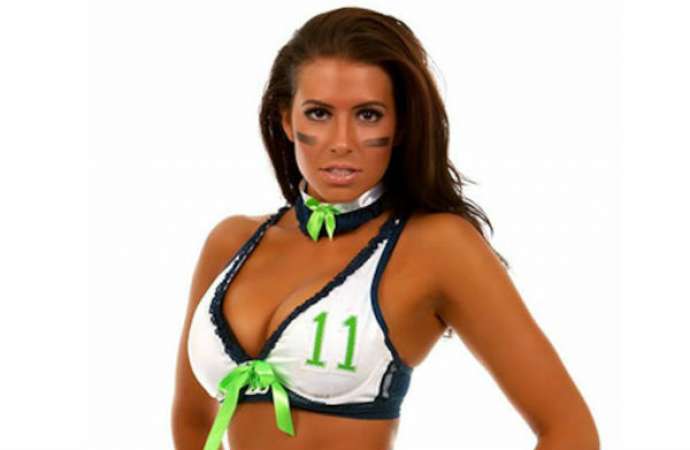 As we come to the end of the top 10 richest LFL athletes in the world, we have Angela Rypien at spot number 2. Incredible successful LFL athletes like her are the inspiration for millions today.

Being exceptionally tall has always been an advantage for a footballer and she has it figured out quite well. Her height is 6 ft and she is amazingly accurate when it comes to throwing the ball. She currently plays for the Seattle mist. 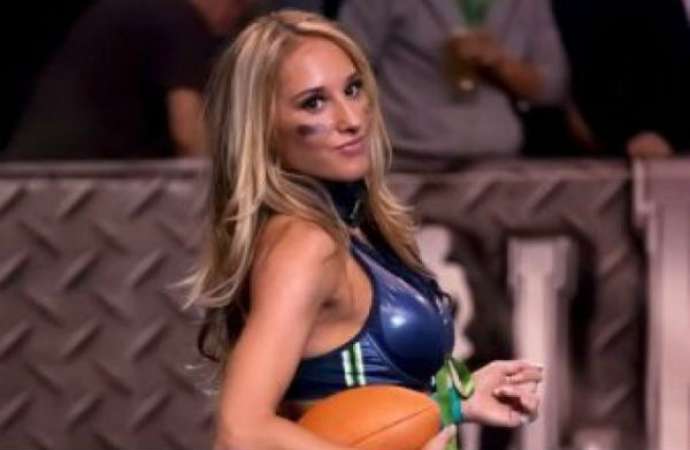 Breaking the suspense finally, at number 1 in this list of the top 10 richest LFL athletes in the world, we have the very best Chelsie Jorgensen. Like the last person on this list, she also plays for the team Seattle Mist.

In the year 2011, Chelsie was first featured in Playboy magazine but her popularity has been here since 2009. Her talent and skillfulness are the reason, she is at the top. Her popularity continues to increase with the day and she has all the right reasons to be famous.

And, we hope that you liked our list of the top 10 richest LFL athletes in the world. Don’t forget to send us your opinion in the comment box below.

Approximately the same as other indoor leagues, the field measures 50 yards between the end zone and 30 yards wide with an 8-yard end zone. The halftime interval is 15 minutes. There are two 17-minute halves in a game.

Q. Does the LFL still exist?

LFL announced on December 13 that the 2020 season would not be held and instead will be restructured as the X League, with new teams mostly situated at the same places as the 2019 LFL season. Neither the 2020 nor the 2021 seasons can be played due to the COVID-19 pandemic.

Q. Why does the LFL wear pants now?

As we look forward to 2017, the next evolution of the on-field uniform has arrived: full pants, which will focus the viewer’s attention more on athletes and their sport while also improving safety for athletes.

Q. Who founded the LFL?

In 2009, the Legends Football League (LFL) was founded as a women’s 7-on-7 tackle American football league. It was originally known as the Lingerie Football League, which played in NBA, NFL, NHL, MLS stadiums, and arenas in the fall and winter. It was founded by Mitch Mortaza.