Manchester City, with sponsors like Nissan, Etisalat, Visit Abu Dhabi, and Etihad Airways, currently has the costliest sponsorship deal in the current football scenario. This club made more than $350 million in profit last year. La Liga sides FC Barcelona and Real Madrid also deserve their mentions among the richest sponsorship deals of soccer. Both these clubs currently have a valuation of more than $3 billion each.

Football is the most-watched game all around the world. Therefore, football clubs generate enormous revenue from sponsorships. Brands approach clubs to showcase their popularity, and you can say to generate more sales. So, the world has already witnessed some of the richest sponsorship deals in soccer.

Sponsorship is one of the most lucrative ways for both brands and for clubs. All soccer clubs feel lucky to have more paying brands for sponsorship. Sponsorship money is used by clubs to improve their players and their competition. So, let’s take a closer look at the richest football sponsorships to know which brand is paying more for sponsorship. 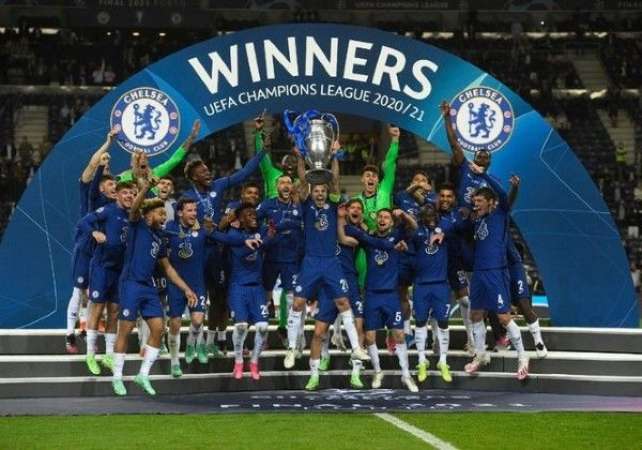 Chelsea’s very first sponsor was Gulf air during the 1983-84 season. Later on, one of the most successful English football clubs, Chelsea, signed multiple sponsorship deals with Coors, Autoglass, Commodore, and Samsung. But, Samsung paid a huge amount of $21 million per year from 2005 to 2015. Now, Chelsea has three sponsorships deals going on with Nike, zap, and UK-telco Three. Since 2017 Nike has been manufacturing Chelsea’s kit.

Chelsea has made a deal with Nike for 15 years, where Nike pays $71 million per year after accomplishing their old 11 years-long partnership with Adidas. UK-telco Three also signed a contract with English football club Chelsea in July 2020. Recently, Chelsea announced its last season’s profit through the sponsorship of $44 million, which is the biggest sponsorship deal in football. 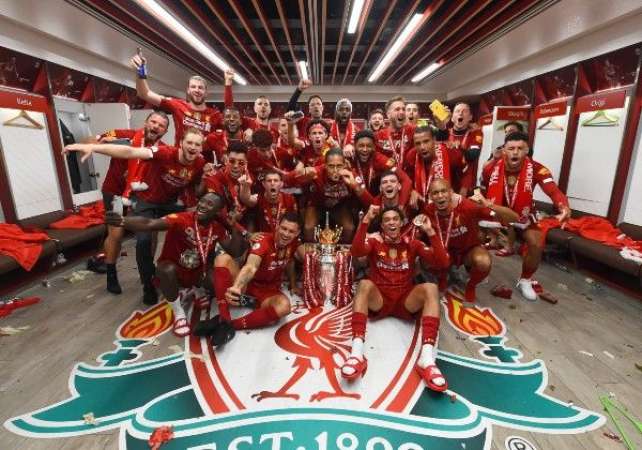 One of the English premier league champions, Liverpool is the very first club in the history of football that starts sponsoring brands on the shirts and on kits. Way back in 1979, Hitachi was the first sponsor of the Liverpool shirt, who made a contract for three years. Later on, many other reputed sports brands sponsored Liverpool, like Carlsberg, Mauritius, MG, and AXA. Carlsberg has been in the longest-running partnership with the English league since 1992, which was extended last year till 2024.

Earlier this year, Liverpool signed a contract with Mauritius for three years. MG and AXA are also paying a heavy amount for their sponsoring relationship with Liverpool. The biggest sponsor of Liverpool has been Standard Chartered since 2010, which is paying a massive $43 million each season for sponsoring the shirt. 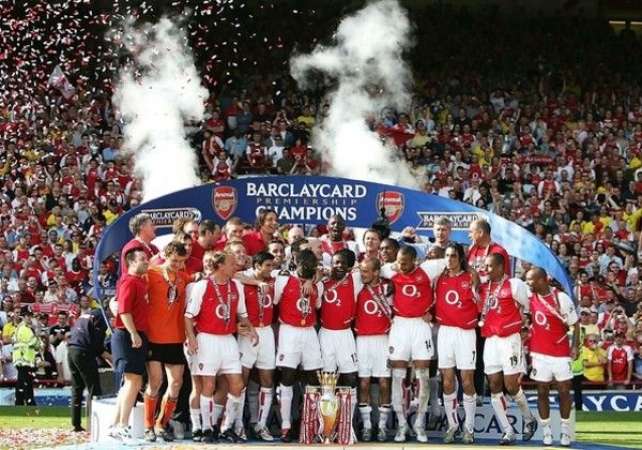 According to recent news, Arsenal signed a deal with Emirates Airlines for five years long, in which Emirate’s name will be featured on the kit and on the shirt of the Arsenal squad. Emirates Airlines will pay $280 million for this partnership over a five-year period. Arsenal earned $86 million in sponsorship revenue last season. So, they made the 8th spot in our list of the richest sponsorship deals of soccer. 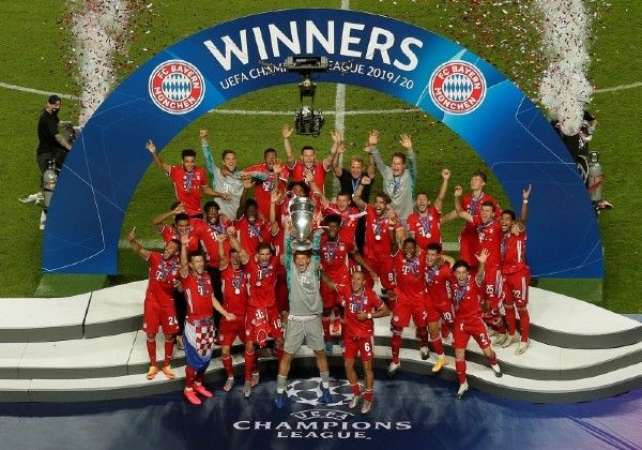 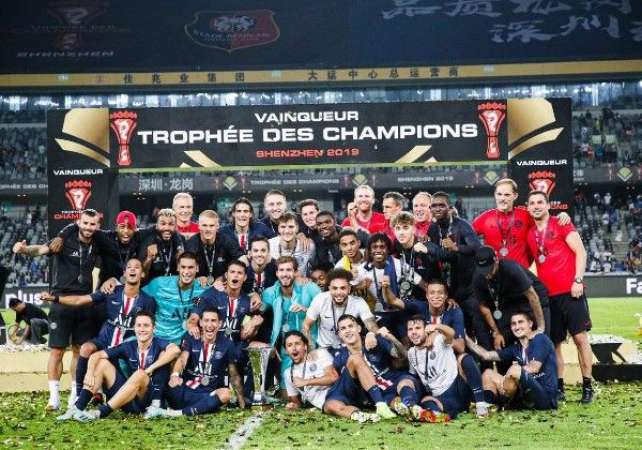 Each season, Paris Saint-Germain Football Club produces more than $148 million through sponsorships, which is a huge amount to support its players and compete. Besides, it has housed some of the highest-paid athletes for ages. PSG signed its first sponsorship deal with Adidas in 1986, marking the beginning of the sponsorship era. The partnership lasted until 1989.

In the same year, Nike became a sponsor of the Parisian PSG club in the 1989 season. That partnership is still going on, as in 2013, Nike renewed its agreement till 2022 seasons by paying $95 million per season. PSG is also sponsored by Air Jordan, a deal worth around $80 million per season. The current shirt sponsorship of PSG is with Accor Live Limitless. The club is reportedly paid another $79 million a year by Accor Live Limitless. These are the biggest endorsement deals in 2022. 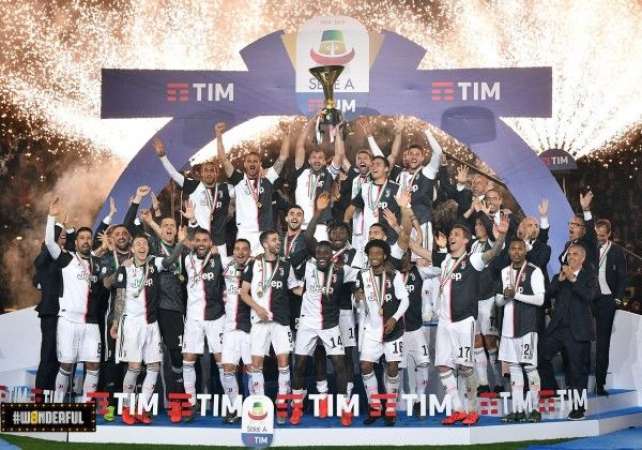 One of the most successful Italian football clubs, Juventus, makes $121 million per season from brands like Jeep and Adidas. 1981 was the first year that the Juventus club was sponsored by Ariston, a heat and air conditioning manufacturer. Later on, Juventus had the Lotto brand’s sponsorship from 2000 to 2003. Then Nike started sponsoring Juventus from 2003 until 2015, paying $45 million per season.

As of now, Juventus has renewed its agreement with the Jeep brand for the duration of every season between now and 2024. It will cost $55 million per season to promote The Jeep brand. Juventus club is the most prestigious club in football sponsorship deals. According to Forbs, the value of the Juventus team now stands at around $1.95 billion. That is why the Italian Football League Juventus is inducted in the fifth place in our list of the richest sponsorship deals of soccer. 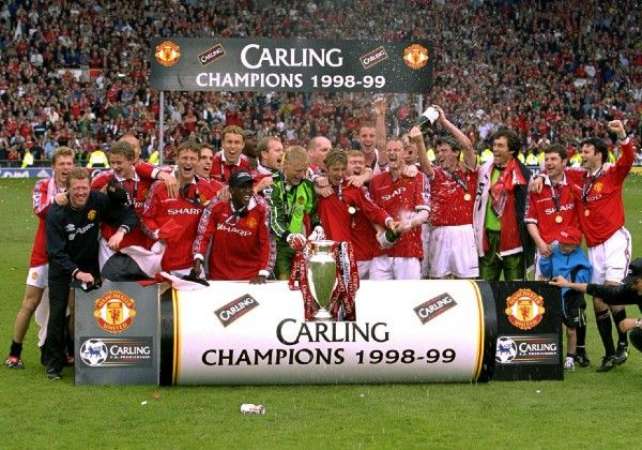 Known for having some of the greatest footballers of all time, Man U, aka Red Devils, is one of the premier clubs in world football. Not every club can make money as Manchester United does. Manchester started sponsorship deals in 1982 with Aon, AIG, Vodafone, and Sharp Electronics. AON pays $24 million per season as a stadium sponsorship deal with the Manchester United club. Two other brands have been considered a pillar of Manchester United, which is Adidas and Chevrolet, since 2014.

Manchester club receives $187 million as collected revenue from both brands per season. Only a few clubs can make a huge amount as United makes. According to recent news, the software company Team Viewer has also become a sponsor of Manchester United, which will pay $60 million per season. The contract will go on for five years. Red Devils are known for having the biggest soccer sponsorships by brands. Thence, ManU is enlisted in the 4th place in our countdown of the richest sponsorship deals of soccer. 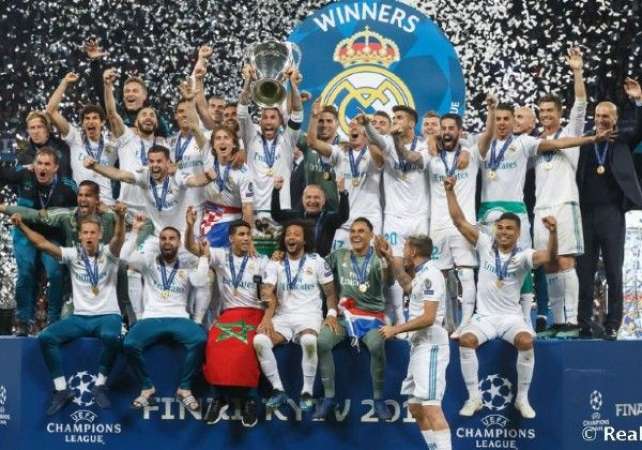 Spanish La Liga side, Real Madrid, is renowned for always making the costliest sponsorships in football. Besides, it is also known as the most successful Spanish football club that has dominated world football for ages.

Parmalat was the first sponsor of Real Madrid in the 1985-86 season. From that point on, Los Blancos was sponsored by multiple brands, including Teka, Siemens, Bwin, and many more in retrospect. Middle eastern airline Fly Emirates is the biggest sponsor paying $84.1 million per year in the Spanish League, and the contract will expire in the following season.

The Real Madrid club has more sponsorships going on with Adidas, Audi, Nivea Men, and Mahou. Adidas is the second highest-paying sponsor of Los Blancos and pays $36 million per year for its kit sponsorship. By 2022, Real Madrid will be worth $3.4 billion, making it the most valuable club in the world. Brands pay more than the Real Madrid club expects due to the value and trust that has been built over time. This is why Real Madrid is ranked number 3 out of the top 10 richest sponsorship deals in soccer. 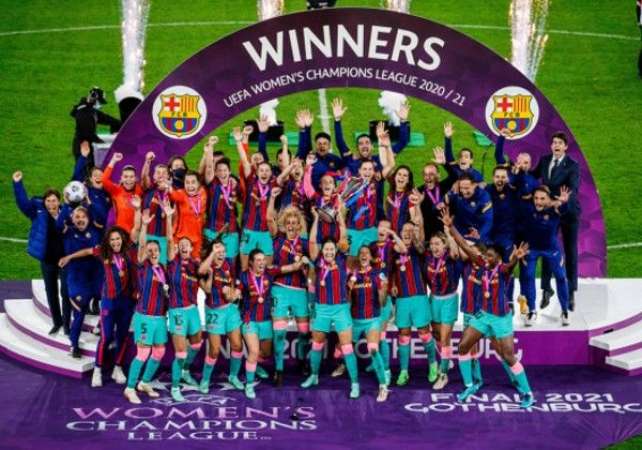 Spanish League Barcelona has been the most successful sports club of this century. It has not just witnessed some of the best El-Clasico moments, but this club generated $80 million in revenue last season. The only club that refused sponsorship until 2006 was soccer giants Barcelona. Afterward, Barcelona welcomed brands and made its first sponsorship deal with the non-profit organization UNICEF, receiving $1.5 million annually.

Later on, it was obvious to approach Barcelona for many other brands like Qatar Airways, Qatar Foundation, Nike, and Rakuten. One of the most lucrative kit sponsors of Barcelona is Nike, which pays $39 million per year. Barcelona’s current sponsor is Japanese commerce giant Rakuten, which contributes $65 million annually. The sponsorship agreement between Barcelona and Rakuten is known as one of the biggest endorsement deals in 2022. 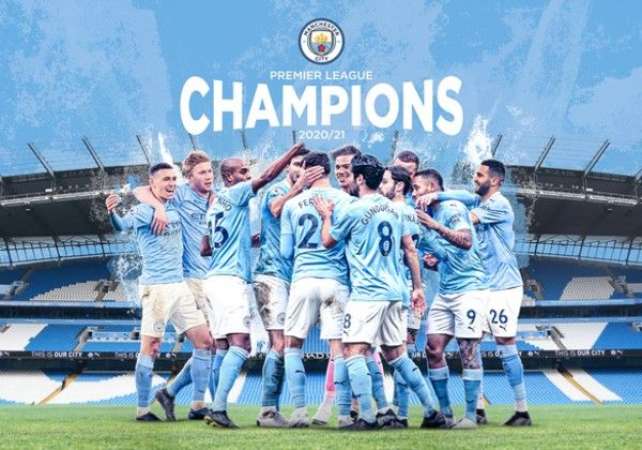 English Premier League side Manchester City has filthy paying sponsors in the world. Most of Manchester city’s sponsors are from the Arabic world, and Nissan, Etisalat, Visit Abu Dhabi, and Etihad Airways are included. This club has recently housed some of the best football strikers as well as some of the best football midfielders in the world. And for that, it has also witnessed some unprecedented success in recent years.

As of 2009, Manchester City has had a sponsorship relationship with a visiting company based in Abu Dhabi. The sports giant Nike also pays $18 million per season for kit sponsorship. The football club earned approximately $336 million in the 2021-2022 season. That’s why Manchester City is on the top list of the richest sponsorship deals in soccer.

The majority of the time, businesses look forward to sponsoring based on popularity and profit, but sometimes fans choose their favorite clubs for sponsorship based on their pride. Because football has that kind of fans, who can give up on anything but football.

Whatever the case, we have ranked the most profitable football clubs ranked by the amount they earned each season through sponsorship; we ranked them by the amount of sponsorship they received. You can ask any question or make a suggestion in the comments or even by email.

Q. What is the highest-paying sponsorship in football?

A high-paying sponsorship in football usually involves brands paying many millions of dollars to football clubs in order to have their logo on their shirts or on their kits and gain more awareness and fame in the world.

Q. Which football club has the highest sponsorship deal?

Throughout different seasons, multiple clubs surpass one another. For some seasons, Manchester City gains more sponsorships and earns $336 million, and in some seasons, Real Madrid makes $414 million and gets the top ranking. But the highest sponsorship deal was with Real Madrid, worth $414m in one season.

Q. Which footballer has the most sponsorships?

Forbes’ announced ‘World’s Highest-Paid Soccer Players’ where Lionel Messi was at the top of the list. Lionel Messi has a sponsorship with Lays, MasterCard, watchmaker Jacob & Co, Qatar-based telecom Ooredoo, and Adidas.

Q. Which company sponsors the most football clubs?