Outdoor sports are played on hard ground surfaces, grass, or turf. Out of the many games played on turf, some are; baseball, football, rugby, hockey, frisbee, golf, etc. Players of these games must run in the field and require comfortable accessories like a light sports suit and a nice pair of turf shoes is a must.

Most players wear grippers to play football and soccer. Still, these shoes have studs/spikes which are fewer in number and longer in size, which makes them unable to efficiently distribute the forces resulting in an excessive force on individual studs, making it difficult for the player to run comfortably by reducing the traction and friction. However, it leads to increased chances of injuries and muscle sprains.

Consequently, turf shoes have been introduced to overcome this problem.

You must be thinking, what do these turf shoes look like? Or What makes them the best? Read on to learn about what turf shoes are and everything you need to know about them. 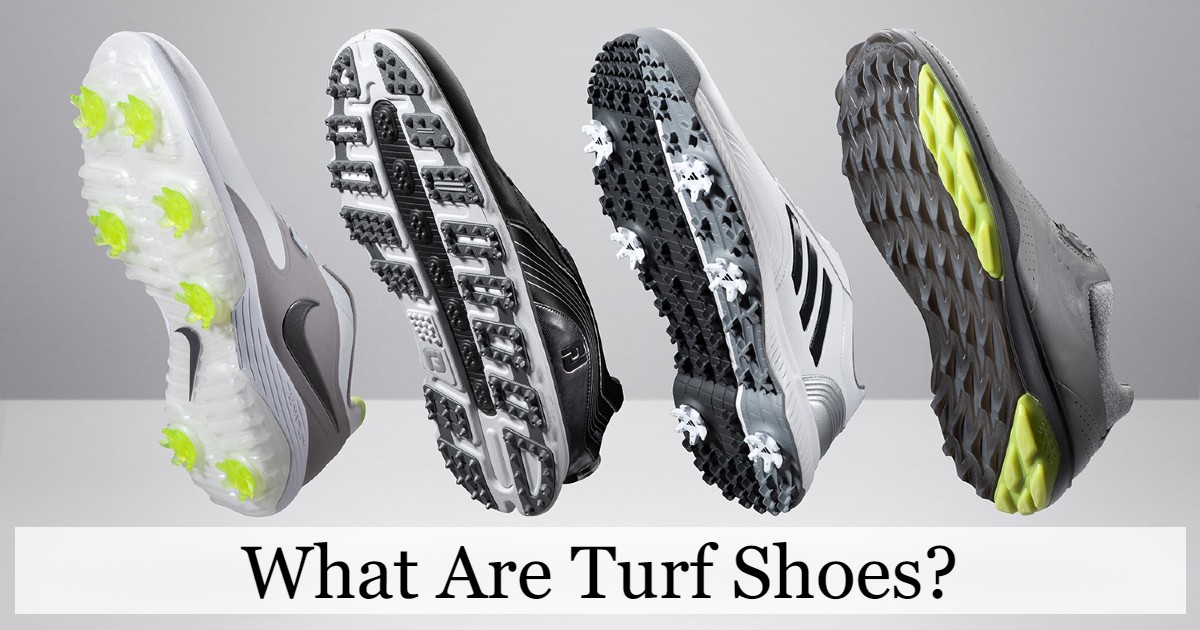 What Are Turf Shoes?

Turf shoes are specially designed to be used on turf to play popular games like baseball, softball, etc. They consist of a soft plate sole with a tread-like or bead-like bottom made of rubber instead of the studs on the soles of grass cleats.

Please note that these specialties make them more stable and flexible, thus preventing any joint injuries and reducing the tension on joints and muscles while running.

Moreover, they are also designed to be used on soft artificial turf surfaces (especially surfaces that cannot have grippers or grass cleats). It is because these areas are unusually slippery, and the grippers fail to provide the required traction, posing a possible risk of fall and muscle pains after running.

In a nutshell, the primary goal of turf shoes is to keep the player protected and maintain their balance on the ground, especially on turn surfaces.

What Is The Need For Turf Shoes?

Turf surfaces do not have the texture of natural grass, and they appear to be more slippery and softer than grass. Therefore, the player requires excellent traction to resist over-sliding and sipping on the surface.

Also, it has been seen that the turf areas pose a greater risk of falls and injuries to muscles because players use conventional grippers, which fail to provide adequate traction and strain the muscles due to a lack of distribution of forces.

Thus to prevent these injuries, turf shoes are needed, which provide increased traction and grip to stabilize the player and ensure comfortable and smooth running.

Where To Use & Where Not To Use Turf Shoes?

Turf shoes are shoes mainly used for artificial turf, which is short and uniform throughout the field, while grass cleats or grippers are shoes used on rough natural grass, which is of varying height on different areas of the field.

The designs of both these shoes are similar, except for their soles which differ in many aspects. However, the sole of both types of shoes is entirely different from each other.

Turf shoes have a soft sole made of rubber, which is highly mobile and flexible, while grass cleats are pretty hard and strong, thus reducing flexibility and making it advantageous on hard ground surfaces.

If we talk about the texture of the sole, the turf shoes have an appearance of rubber beads or treads on the bottom, which are quite short in height and more significant in number, thus mimicking sneakers and joggers.

On the other hand, grass cleats have hard spikes called studs, which are fewer and have a higher height, providing a better grip on rugged and rough surfaces.

The soles also differ in their material; the turf shoe soles are made entirely of rubber, and the soles of grippers contain studs made either from leather or metal.

Importantly, the significant differences in the soles of these shoes are to adapt each kind of shoe to its function and make their use justifiable.

It is vital to note that the softer sole of turf shoes makes them advantageous in increasing traction force and accommodating the muscular movements of feet during running due to their flexible nature.

On the other hand, grippers’ stiff and studded sole allows them to adapt to rough and rugged grounds and provide the required friction on such hard grounds.

Here are the three basic reasons why you should buy turf shoes.

One of the most significant reasons for buying turf shoes is that they ensure your safety. Especially it has been seen that some of the most severe injuries that occur in baseball games are due to the wrong selection of shoes. Cleating is another irrefutable cause of baseball injuries.

Therefore, turf shoes are the best solution for ensuring your safety and your playmates, as many players get injuries after being accidentally hurt by the metal cleats of other players. Turf shoes end the risk of such injuries as they have rubber instead of metal cleats.

No matter which sports you play, you can only perform exceptionally well if your feet are comfortable. And that’s another main reason to opt for turf shoes, as they go easy on foot compared to grass cleats.

They are comfortable and flexible and contribute to your performance in the game and promote your foot health.

Many of you may not agree, but the truth remains the truth. And the truth is turf shoes are getting more and more common in turf fields due to their comfort.

In addition, they are becoming common due to the ever-growing trend of turf fields or surfaces. We understand that people sometimes have contradictory views on one idea. But turf shoes are the best for turf fields is one such idea that NO-ONE would deny.

So, if you are a novice sportsman or baseball learner, you need to get a pair of turf shoes as your priority.

Pros and Cons Of Turf Shoes

To conclude, we can say that turf shoes are sports shoes that are best for players who play on turf surfaces. They are used to achieve comfortable running and prevent injuries and foot pain.

Also, the particular type of shoes is known to provide a better grip on the soft ground and allow the player to run at higher speeds and for a longer time.

It is because they have a soft padded sole made of rubber and are similar to any other sports shoes in all other aspects.

Last but not least, whether turf shoes are beneficial or not needs to be decided by its users because they are the ones to wear them, and each person views their comfort in their own way. However, turf shoes are mainly used for baseball games. 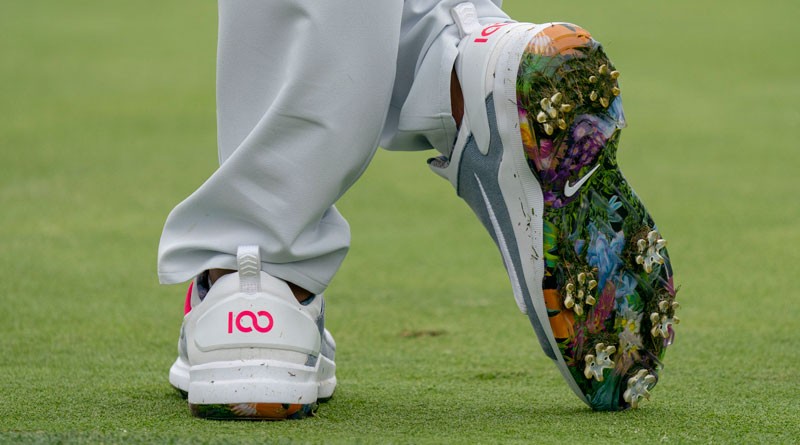 Q. Where are turf shoes used?

Turf shoes are used for running on soft artificial grass surfaces and fields like baseball fields where grass cleats and grippers cannot be used.

Q. Why are turf shoes advantageous?

The significant advantage of turf shoes is that they prevent muscle pain and injuries while running on soft surfaces, and they ensure increased safety for their use because of the smaller height of the studs on its sole.

Artificial grass has reduced traction force, which is increased and balanced by the specially designed sole of the turf shoes, and they provide a sufficient friction force to allow comfortable and smooth running.

The increased number of studs on their sole provides distribution of forces and prevents excessive tension on any individual stud.

Q. Can I wear turf shoes in the gym?

The simplest answer to this question would be that there is no hard and fast rule about this, but we would suggest avoiding wearing them in the gym. We have already discussed the goal of discovering turf shoes and how they serve the players.

However, we do not recommend you wear turf shoes on the gym floor. It is one main reason these shoes are designed to keep players footing on soft ground. Therefore, it will only be significantly beneficial if you wear them on the gym floor. Instead, it may hurt your feet or joints due to the hard floor of gyms.