The current Kiwi sensation Kendra Cocksedge is widely considered the greatest female rugby player currently active in the international circuit. Besides playing for the New Zealand team, she also provincially plays for the Canterbury side. Georgian female rugby star Ana Poghosian and Australian star player Cheryl Soon also deserve their mentions among the best female rugby players in the world.

People think “Rugby is a power game” and “Rugby is not the right game for women”, but these awesome women prove all of those stereotypes wrong. We present to you the top 10 best female rugby players. 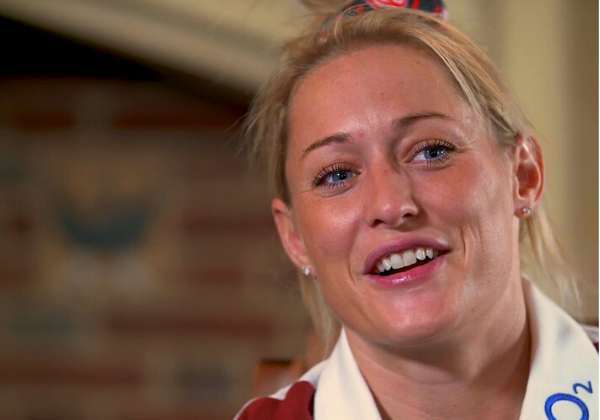 Natasha “Mo” Hunt is an English female rugby union footballer who plays scrum-half for Lichfield and for England.

She is also a qualified teacher. That’s why she is number 10 on this list of Top 10 Best Female Rugby Players. 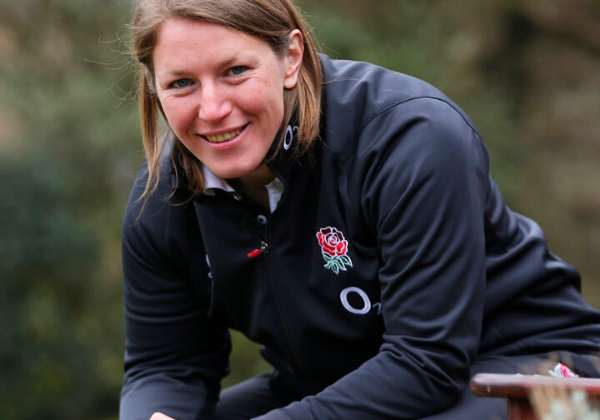 Clark earned her 50th cap at the 2010 Women’s Rugby World Cup, which made her England’s second-most capped player at the time. Clark was appointed Member of the Order of the British Empire (MBE) in the 2015 New Year Honours for services to rugby. 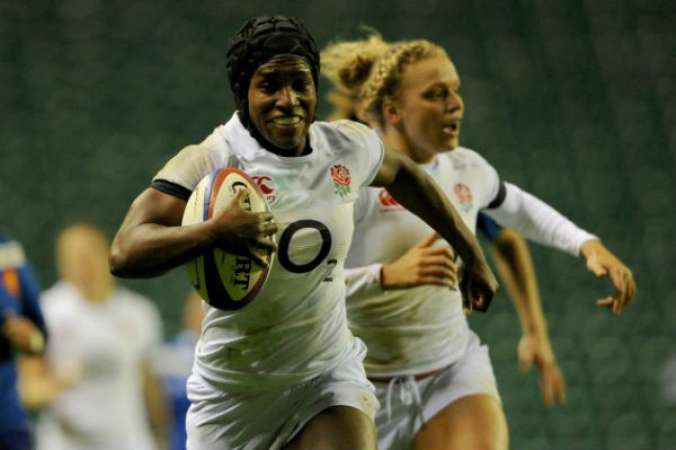 “Maggie” Alphonsi MBE  is an English rugby union player who plays as a flanker for Saracens W.R.F.C. and England. She was Sunday Times Sportswoman of the Year in 2010.

Alphonsi was born in Lewisham, south London, and was born with clubfoot, which she had to overcome in order to play rugby. She retired shortly after England won the 2014 World Cup in France and now continues to coach and promote female participation and coaching in sports.

Margaret was a Rugby World Cup 2015 Ambassador and is an ambassador of several not-for-profits and charities, including Peace One Day, Wooden Spoon, Sporting Equals, and SKRUM, which aims to give the youth of Africa hope for the future through rugby. 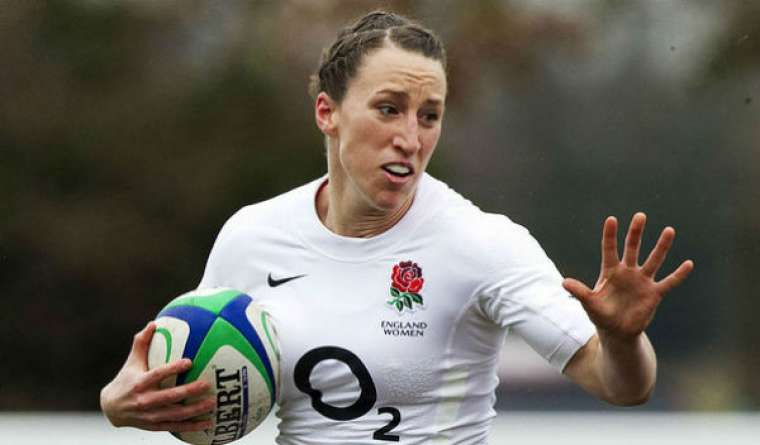 Merchant was a member of the squad for the 2013 Rugby World Cup Sevens. She graduated from Birmingham University in Sport and Exercise Science in 2007. 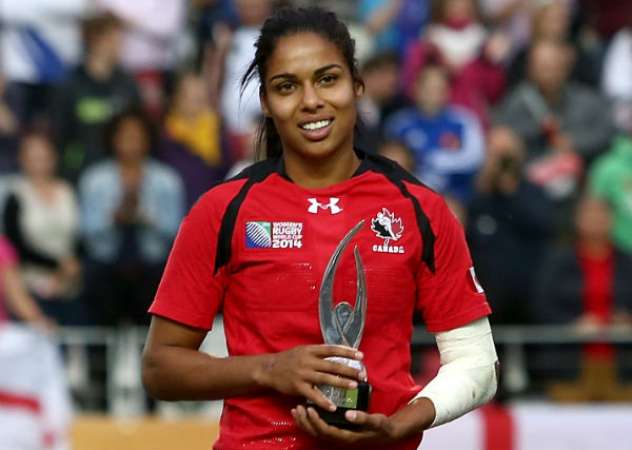 Harvey plays one of the most popular sports in the world, Rugby. She represented Canada at the 2014 Women’s Rugby World Cup. She was named IRB Women’s Player of the Year in 2014 and was the first Canadian to receive the award.

Magali won the gold medal at the Pan American Games in 2015. She started playing at the age of 18 and played at St. Francis Xavier University during her university career. She studied Business Administration. 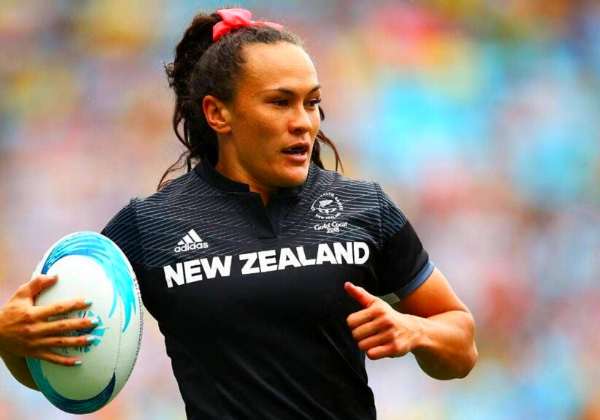 Woodman is a New Zealand rugby union player. She is currently a member of the New Zealand Women’s Sevens team. Woodman played for the Northern Mystics before switching to rugby union in 2012.

She made her debut for the Black Ferns in 2013 against England. She was included in the squad that won the 2013 Rugby World Cup Sevens in Russia. 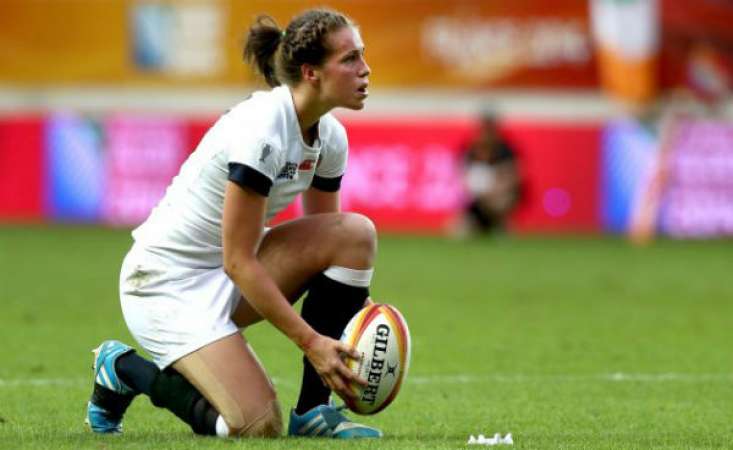 Scarratt is an English rugby union footballer. She plays center or fullback for Lichfield and for England. She is also a qualified teacher. Emily first played for England in 2008, scoring 12 tries in 12 games and earning comparisons to Brian O’Driscoll.

She not only plays in the XV’s game but also for the Women’s Sevens side, for whom she has scored 12 tries and played in several tournaments.

In 2014, Scarratt proved to be an invaluable player to England Women, scoring 16 points in the Rugby World Cup final to help England beat Canada to the title. In addition, Scarratt ended the tournament as the top points scorer with 70 points, outscoring the likes of Magali Harvey and Kelly Brazier. 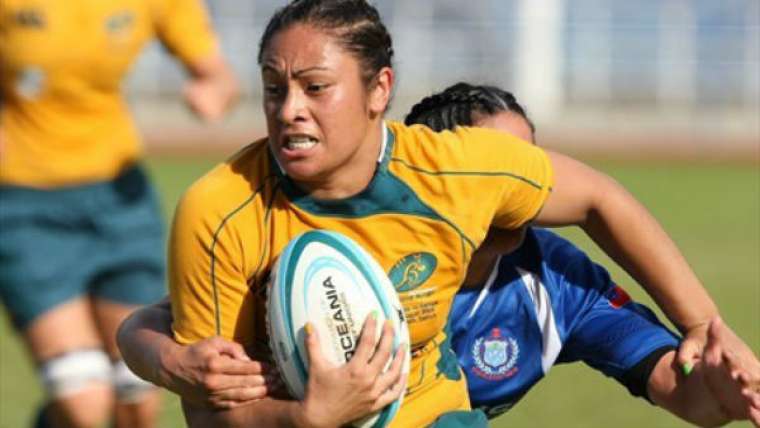 Cheryl Soon is a former female rugby union player. She represented Australia in both codes of the game. She was a member of the squad for the 2010 Women’s Rugby World Cup that finished in third place. 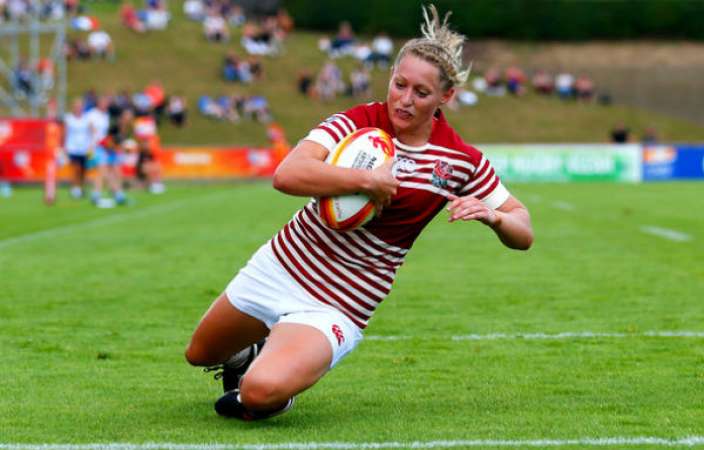 “Rugby is a power game” and “Rugby is not the right game for women”; these stereotypes are widespread in Georgia, dividing sports into two categories: those sports which are feminine and those which are masculine.

Although rugby is very popular in Georgia and Georgian rugby players have many fans, women’s rugby is less developed, and very few people know of any Georgian female rugby players. 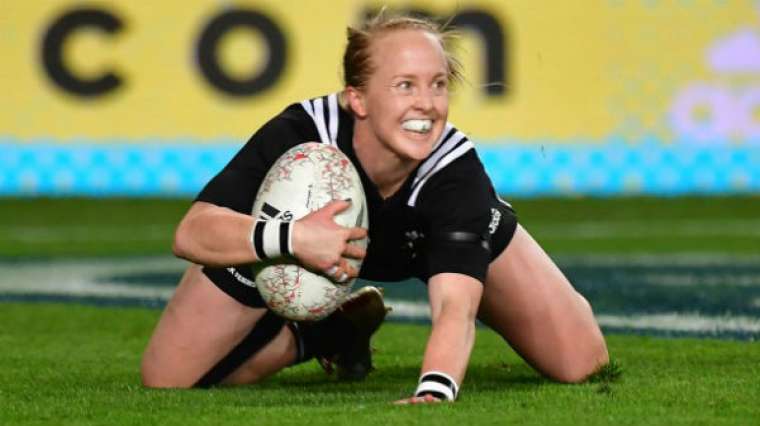 Cock sedge is a female rugby union player. She plays for the New Zealand women’s national side, the Black Ferns, and for Canterbury provincially. She was a member of the 2010 Women’s Rugby World Cup-winning squad.

Cock sedge was also a Cricket representative. And, Cock sedge earned her place in the squad for the 2014 Women’s Rugby World Cup. In 2015 she was the top point scorer with 26 points at the 2015 Women’s Rugby Super Series. She received New Zealand’s Women’s Player of the Year at the end of 2015.

Rugby might be a power sport, but women’s rugby is proof that female players are no less than their male counterparts. Their participation in this sport can rightly be called a step in the direction of gender equality.

It’s proof that women are not lagging behind in strength, stamina, or passion. Who is your favorite among the top 10 best female rugby players in all of the world? Let us know in the comments below.

Q. How much do women’s rugby players earn?

A full-time contract is worth around £19,000, while a retainer is worth just £7,500. Comparatively, the professional women’s team in England earns up to £30,000 annually.

Q. Which female rugby player is the fastest?

During Great Britain’s match against the USA, a clip of rugby sevens player Jasmine Joyce’s cover tackle has gone viral on the internet. As part of the World Rugby Sevens Fast Four event in Vancouver, Joyce represented the GB team against the US, Mexico, and Canada.

According to the NCAA, rugby is the only contact sport endorsed by women. This is the sport for you if you want to get into a real dust-up without getting kicked out of school.

Q. Why should your daughter play rugby?

Hard work will be a lesson she will learn. It takes a lot of dedication to play rugby, whether it is in the gym or on the training pitch. Rugby players are always up for one more sprint, one more push-up, or one more minute of planking.