Chess players are among the most respected players in the world, owing to their immense concentration, strategic power, patience, and intelligence. Like in all major sports, women have proven their skill at the game alongside men who have mastered chess. Here is a list of the top 10 greatest female chess players of all time. Let us take a look.

Chess is an abstract strategy game that is perhaps the most respectable of all indoor games in the world. What began in Eastern India back in circa 3rd-6th century CE was gradually modified into a game that is not only played internationally but is also part of school curricula. It is played in homes, clubs, online, etc., which goes to show how popular it is. 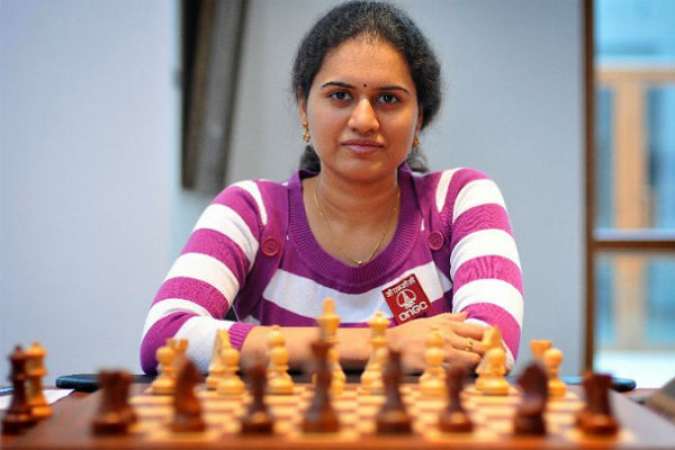 Indian chess Grandmaster Humpy Koneru was born on 31 March 1987 and achieved her career-high FIDE Elo rating of 2598 in July 2014, which placed her third on the list of female grandmasters.

She then achieved the FIDE Elo rating of 2606 in October 2007 and became the second female player to cross the 2600 Elo rating barrier. Koneru held the record of being the youngest woman grandmaster from 2002 to 2008, which she achieved at the age of 15 years 1 month and 27 days.

She won the World Junior Girls Chess Championship in 2001 and finished in overall second position at the FIDE Women’s Grand Prix.

Koneru then achieved the runner-up position in the FIDE Women’s Grand Prix 2013. She also became the highest-ranking player to participate in the Women’s World Chess Championship 2015. 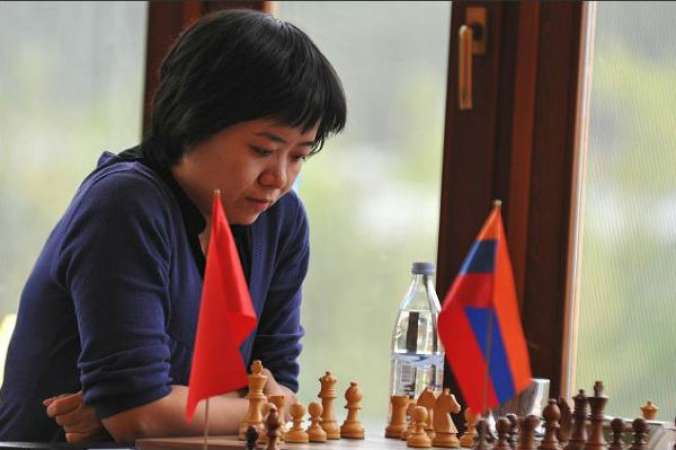 Chinese chess Grandmaster Xu Yuhua was born on October 29, 1976, and was a former Women’s World Champion from 2006 to 2008. She is the third women’s world chess champion from China.

Yuhua participated in the 2nd FIDE Women Grand Prix held at Nanjing from 27 September to 9 October 2009 and achieved the title of the tournament.

Besides her international appearance, she also played for the Zhejiang chess club in the China Chess League. Besides his career as an active chess player, she is also a law graduate. She now also holds her place among the top 10 greatest female chess players of all time. 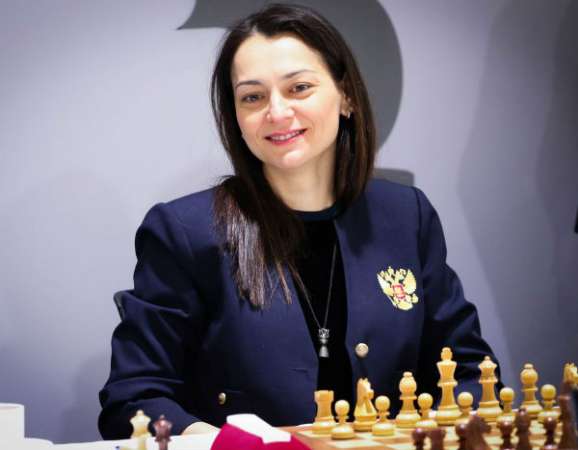 Russian chess Grandmaster Alexandra Konstantinovna Kosteniuk was born on April 23, 1984, and is a former Women’s World Chess Champion. She started playing chess at the age of five under her father’s training.

Kosteniuk is the sister of a Woman FIDE Master-level chess player, Oxana. She contested the final of the World Women’s Chess Championship at the age of just 17 in 2001.

Kosteniuk became the European women’s champion in 2004 and later won the Russian Women’s Championship in 2005. She became the first Chess960 women’s world champion in August 2006.

Kosteniuk achieved the International Grandmaster title in November 2004 and became the tenth woman to receive the title of the World Chess Federation. Kosteniuk was the first woman to achieve the men’s Swiss Championship in 2013. 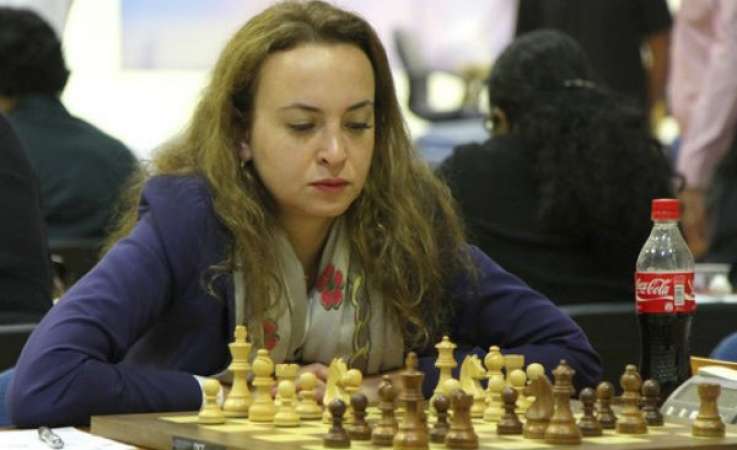 She became the tenth women’s champion in a 64-player knockout tournament held in Elista in 2004. She achieved World Youth Chess Championships at the under 10s Girls section in Aguadilla in 1989.

She recently became the runner-up in the Women’s World Chess Championship in 2012. She definitely deserves her place among the top 10 greatest female chess players of all time. 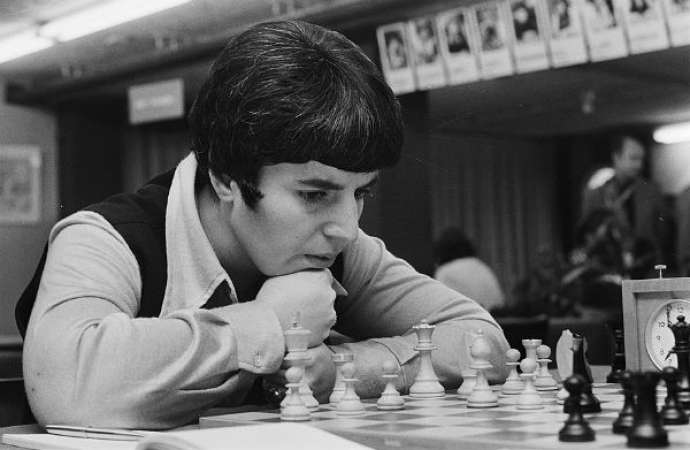 Georgian chess player Nona Gaprindashvili was born on 3 May 1941 and is the first female Grandmaster and also the sixth women’s world chess champion from 1962 to 1978.

Her fans often dubbed her the strongest female chess force of her generation. She represented the Soviet Union in the Chess Olympiads eleven times from 1963 to 1990 and also represented Georgia in 1992.

Gaprindashvili achieved 25 medals in international chess in her active career, which includes 9 individual gold medals and 11 team gold medals. She won all ten games she played at the Olympiad of Dubai in 1986.

Gaprindashvili achieved the Women’s Soviet Championship five times from 1964 to 1985. A perfume was named after her to honor Gaprindashvili in 1975. Besides, she also holds her place among the top 10 greatest female chess players of all time. 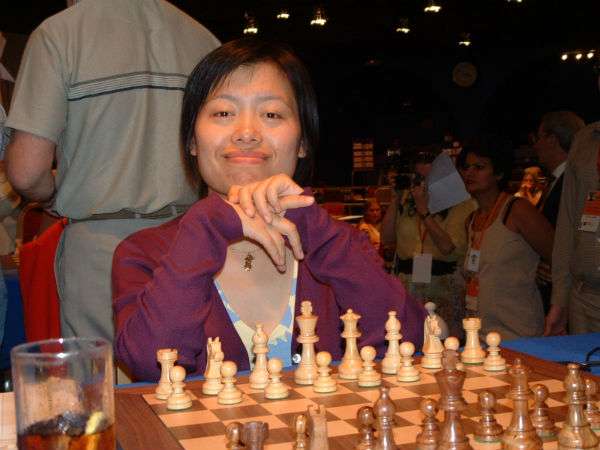 She was the only second woman to achieve two reigns in the international standard of chess. Xie became China’s second Grandmaster in 1991 and later married her former coach and Grandmaster Wu Shaobin.

She started playing chess at the age of just 6 and became the girls’ xiangqi champion of Beijing by the age of 10. She held the world number 2 or number 3 spot for much of her career among women chess players.

Xie Jun achieved a doctorate in psychology at Beijing Normal University at the end of the 1990s. She became the FIDE Senior Trainer in July 2004. She also now holds her place among the top 10 greatest female chess players of all time.

Besides, she became the only chess player in history to achieve such a feat. She achieved her FIDE Elo rating of 2502 as of January 2011 and became the 14th highest-rated female player of all time.

Maia won at the Braşov women’s international tournament in her international chess debut at the age of just 13 in 1974. Chiburdanidze achieved the USSR girls’ championship in 1976 and then won the women’s title in 1977. The same year, she received the International Women’s Grandmaster title.

Chiburdanidze also received the title of grandmaster in 1984. She achieved celebrity status as a top Georgian women’s chess player. Besides, she also achieved her place among the top 10 greatest female chess players of all time. 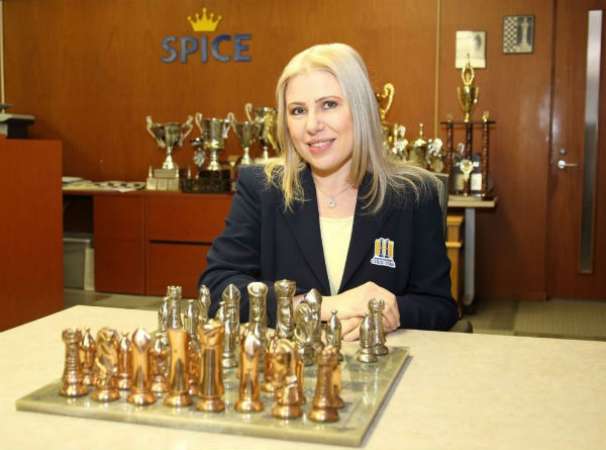 Hungarian-born American chess Grandmaster Susan Polgar was born on April 19, 1969, and is renowned for having been a child prodigy at chess. She is also regarded as a pioneer for women in chess and also as an advocate for chess in education.

Polgar is also the current chief of the Susan Polgar Institute for Chess Excellence at Webster University. She first became the top-ranked woman player at the age of 15 on the July 1984 FIDE Rating List and continued her legacy for the next 23 years.

While qualifying for the 1986 “Men’s” World Championship, she first broke the gender barrier in chess history. She achieved the World Blitz and Rapid Championships in 1992. She now also holds the third spot among the greatest female chess players of all time. 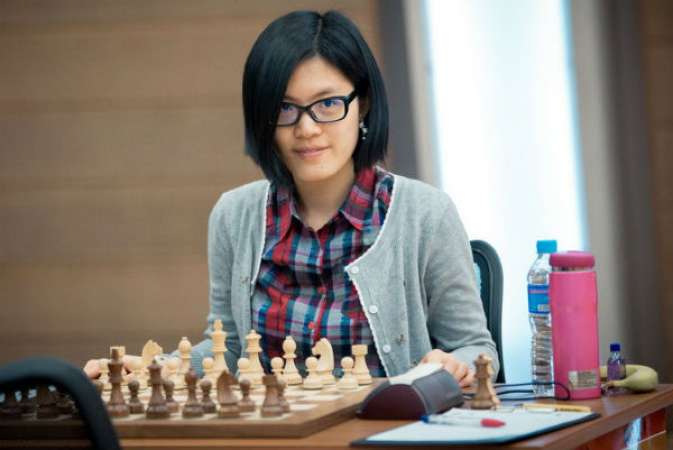 Chinese chess grandmaster Hou Yifan was born on 27 February 1994 and is known widely as a Chinese chess prodigy. She is the youngest ever to win the Women’s World Chess Champion and also the youngest female player ever to qualify for the title of Grandmaster.

Yifan became the youngest chess grandmaster ever to be contested n the FIDE Women’s World Championship Yekaterinburg 2006 and Torino Chess Olympiad 2006 at the age of just 12.

She won the Women’s World Championship in Turkey at the age of 16 and became the youngest Women’s World Chess Champion in chess history. Yifan currently holds her place among the top 10 greatest female chess players of all time.

Hungarian chess grandmaster Judit Polgár was born on 23 July 1976 and is the strongest female chess player in the history of chess. He achieved the title of Grandmaster at the age of just 15 years and 4 months in 1991.

Polgár is noted for defeating ten current or former world champions in either rapid or classical chess. She achieved the top place in several international tournaments, including Hastings 1993, Madrid 1994, León 1996, U.S. Open 1998, Hoogeveen 1999, Siegman 1999, Japfa 2000, and the Najdorf Memorial 2000.

Polgár declared her retirement from competitive chess on 14 August 2014. But still, she deserves the top place among the greatest female chess players of all time.

Women have proven themselves to be great athletes when it comes to different sports that require physical power, be it indoor sports or outdoor sports. When it comes to chess, they have also proven that their minds work equally well. After all, chess is undoubtedly a game of mental power, and these women have mastered such a game that challenges the greatest of minds and emerged the masters.

We hope you liked our list of the top 10 greatest female chess players of all time. And, don’t forget to send us your opinion about this ranking.

Q. Who is the greatest female chess player of all time?

Judit Polgár is the strongest female chess player in history. She was born on 23 July 1976 in Hungary. In 1991, Judit became a Grandmaster at the age of 15 years and 4 months.

Q. What percentage of Grandmasters are women?

There are fewer than 37 women among the more than 1,600 international grandmasters. World No. 89 is Hou Yifan, while world No. 404 is Ju Wenjun, the reigning women’s world champion.

Q. Have you ever seen a woman beat a man at chess?

Judit Polgar’s victories over Karpov at Hoogeveen in 2003, Chorus in 2003, and the Champions League in 2007 made her the only woman to beat men who were already world champions.

Q. Where does Queen’s Gambit get its inspiration from?

The rise of Harmon is loosely based on the life of American Chess Grandmaster Bobby Fischer. In his teenage years, Fischer demonstrated his aptitude for the game, becoming the youngest U.S. champion ever.