Track and field is a sport in which the participants must have skills in running, jumping, and throwing. There are several kinds of events in track and field, such as sprints, middle and long-distance events, hurdling, jumping events of various sorts, throwing events, etc. There are combined events, as well. Track runners are among major contributors to the overall medals won by a nation in every sporting season or major tournament like the Olympics. And here are the greatest female sprinters the world has ever seen.

Just like in all other sports, in track racing, too, women take a major position. Female track runners are among the greatest sports stars in the world, as they display excellent speed and focus on the rack. Here is a list of the greatest female sprinters of all time. Let’s take a look at their achievements and contributions to their nations. 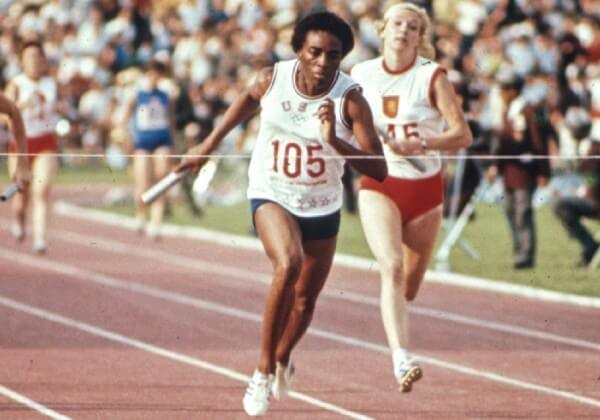 Retired American track and field athlete Wyomia Tyus is the first person to retain the Olympic title in the 100-meter event. She participated in the 1964 Summer Olympics at the age of just 19 and equaled Wilma Rudolph’s world record in the heats.

She also achieved a silver medal in the 4 x 100-meter relay event at the same Olympics. Tyus achieved the gold medal at the Pan-American Games in the 200-meter event.

Tyus won eight of eighteen events in the Professional International Track Association competitions in 1973 and won every event she entered the same competition in the following year. She now holds the ninth place among the top 10 greatest female sprinters of all time. 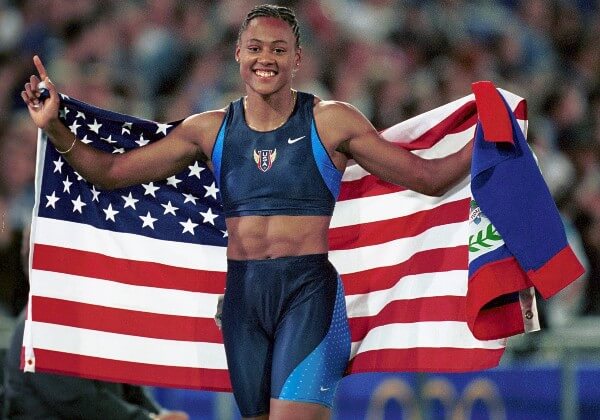 She achieved three gold medals at the 2000 Sydney Summer Olympics. Jones won her first major international competition in the 100-meter sprint at the 1997 Athens World Championships. She now holds her place among the top 10 greatest female sprinters of all time.

Jones is one of the most famous athletes to be linked to the BALCO scandal and was later stripped of these medals when she admitted that she had used performance-enhancing drugs. Jones won the 100-meter event within a time of 10.93 seconds at Gaz de France on July 8, 2006. 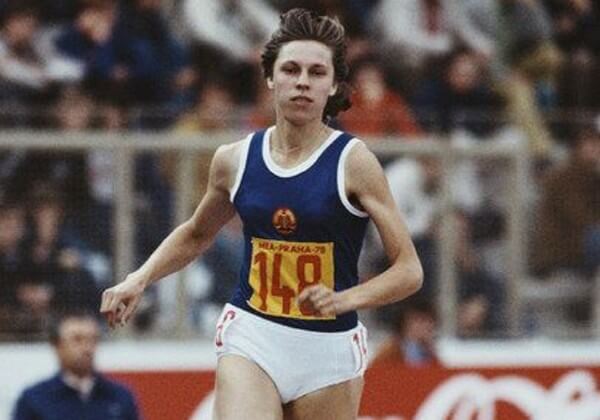 Koch also holds 14 world records in indoor events. She has a record of 400 meters, which she covered within 47.60 seconds on October 6, 1985. Koch set her first world record in Milan after covering 400 meters indoor events within 51.8 seconds in 1977.

The very next year, she broke her own world record within 49.19 seconds in the 400-meter outdoor event. Marita Koch became the first woman to cover 200 meters within less than 22 seconds, which she did in 1979.

She won the 400-meter event at the European Championships three times in 1978, 1982, and 1986. Koch still remains the European record holder in 200-meter events. She surely deserves her place among the top 10 greatest female sprinters of all time. 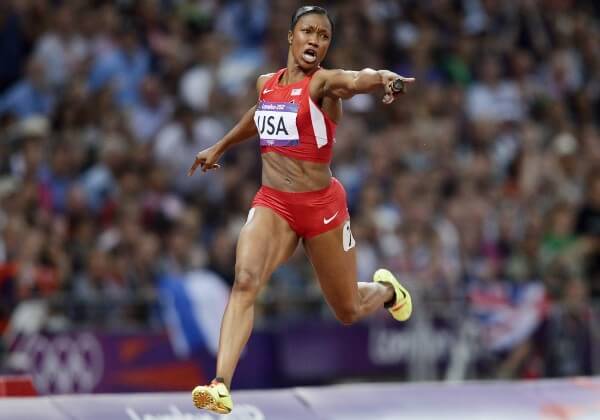 She currently holds three of the top ten times ever in the 100-meter event. Jeter won the Women’s 100-meter event with a record timing of 10.90 seconds at the 2011 IAAF World Championship.

She won the 100-meter event within a time of 10.67 seconds in Thessaloniki, Greece. Jeter surely deserves her mention among the top 10 greatest female sprinters of all time. 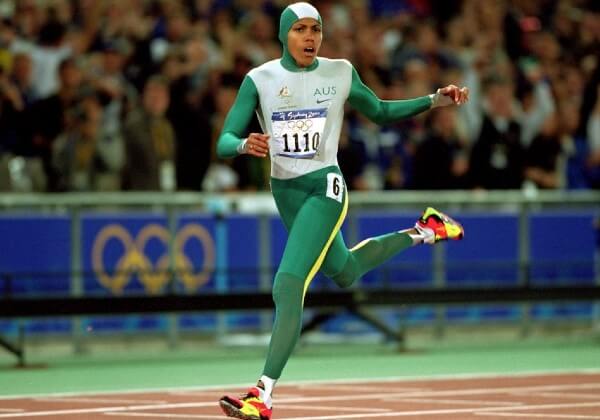 Former Australian sprinter Catherine Astrid Salome “Cathy” Freeman specialized in the 400 meters event. She covered a 400-meter event within just 48.63 seconds, which made her the sixth fastest woman of all time which she did at the 1996 Olympics.

She lit the Olympic Flame and became the Olympic champion for women’s 400 meters at the 2000 Summer Olympics. Freeman won her first Commonwealth Games gold medal in 1990 at the age of 16.

She won gold medals in both the 200 meters and 400 meters events at the 1994 Commonwealth Games in Canada. Freeman won the 1997 World Championships and won the silver medal in the 1996 Olympics, both in the 400-meter event.

She won the 400-meter event at the 1999 World Championships. Freeman established the Cathy Freeman Foundation in 2007. She now holds her place among the top 10 greatest female sprinters of all time. 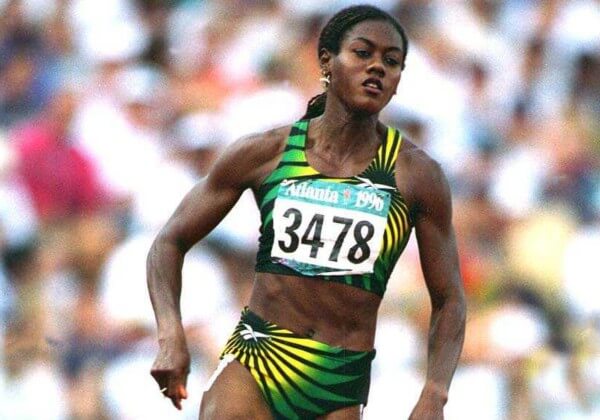 Retired Jamaican-born Slovene track athlete Merlene Joyce Ottey began her career representing Jamaica but later represented Slovenia in 2002. She was nicknamed the “Queen of the Track” for her career achievements and was also nicknamed for earning bronze medals in major championships as the “Bronze Queen”.

She participated in the Slovene 4×100 relay at the age of 52 years at the 2012 European Athletics, which made her have the longest career as a top-level international sprinter. She holds the record for most Olympic appearances with her seven participation.

Ottey also holds the record for winning fourteen World Championships medals. Ottey now has the fourth place among the top 10 greatest female sprinters of all time. 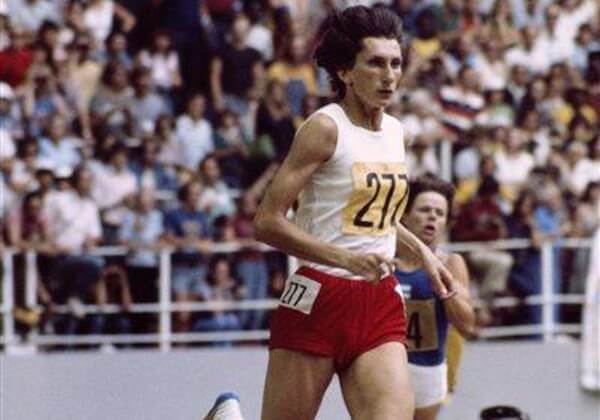 Retired Polish sprinter Irena Szewinska was one of the world’s most renowned athletes for nearly two decades. She won seven medals consisting of three gold medals in five Olympic Games she participated in between 1964 and 1980.

She broke six world records during her career and is the only athlete to hold the world record in the 100 meters, 200 meters, and 400 meters events. Szewinska set 38 records in 100-400 meter sprints and long jump and won 26 national titles between 1965 and 1979. She also achieved ten medals in European Championships.

She became the first female athlete to break the 50-second barrier in the 400-meter event in 1974 and also set a new world record in the 200 meters within 22.21 seconds. Szewinska has been the head of the Polish Federation of Athletics since 2004.

She has achieved her place in the International Jewish Sports Hall of Fame and the IAAF Hall of Fame. Irena surely deserves the third place in our list of the top 10 greatest female sprinters of all time. 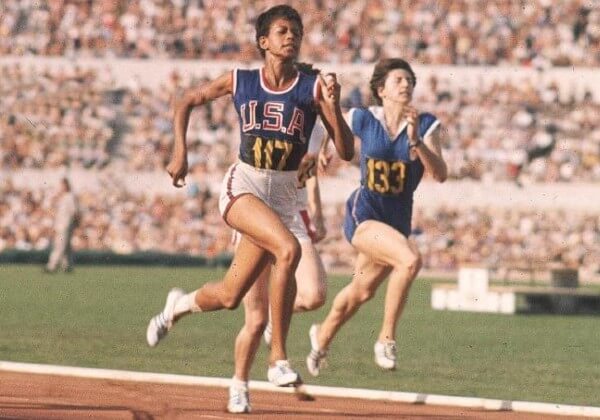 Former legendary track and field athlete and Olympic champion Wilma Glodean Rudolph was there with us from her birth on June 23, 1940, till she died on November 12, 1994. She participated in the 1956 and 1960 Olympic Games. And, her fans still consider her the fastest woman in the world in the 1960s.

She was described as “The Tornado, the fastest woman on earth” during the 1960 Rome Olympics. Rudolph was nicknamed “La Gazella Nera,” meaning “The Black Gazelle” by Italians, and was named “La Perle Noire,” which stands for “The Black Pearl,” by the French. 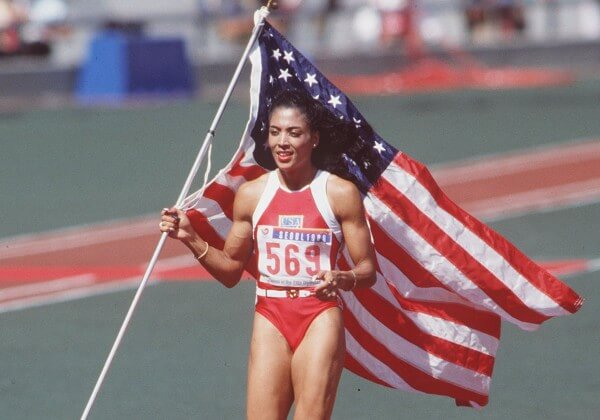 Former legendary American track and field athlete Florence Delorez Griffith Joyner, nicknamed “Flo-Jo,” was there with us from her birth on December 21, 1959, till she died in her sleep as the result of an epileptic seizure at the age of just 38 on September 21, 1998.

Even after her tragic death, she still holds the world records she set in both the 100 meters and 200 meters events in 1988. All the fans still consider her the fastest woman of all time. Flo-Jo won the 100-meter event at the 1985 IAAF Grand Prix Final within 11.00 seconds of timing.

She holds the unbroken world record of the fastest wind-legal time of 10.61 seconds in a 100-meter event. While being the favorite at the 1988 Summer Olympics, she covered the 100-meter event within wind-assisted 10.54 seconds.

Flo-Jo won the James E. Sullivan Award in 1988. Joyner now holds her place at the top of the top 10 greatest female sprinters of all time. 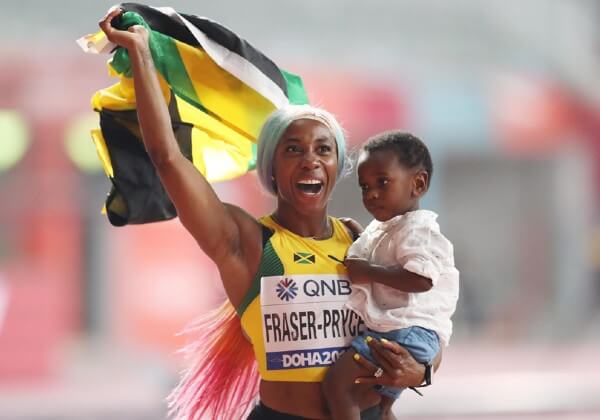 Jamaican sprinter Shelly-Ann Fraser-Pryce first came into prominence in 2008 at the age of just 21. She became the first-ever Carrebean woman to achieve an Olympic gold medal.

And then, in 2012, she defended her gold medal and became the third woman ever to do so. She took a pause from the sprinting circuit in 2017 as she was pregnant at that time. But, she made a great comeback a year later.

During the 2019 World Championship, she won the gold medal at the age of 32, thus becoming the oldest woman to achieve that feat. She is the only sprinter to win the World Championship a record four times in 100 meters category.

Besides, she is the only female sprinter ever to grace the field who has achieved a Sprinting Tripple. No doubt, his fans got her the right nickname, ‘Pocket Rocket.’ 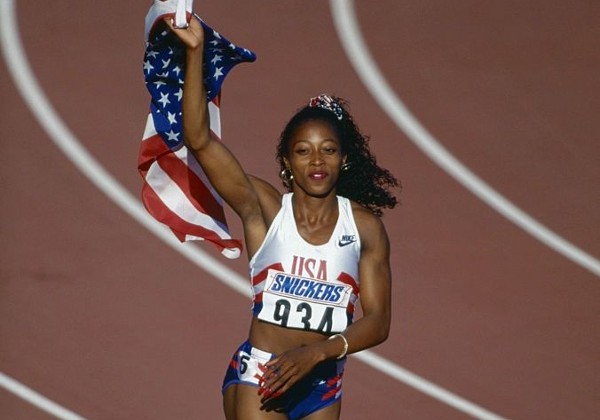 Devers successfully defended her 100-meter hurdles title in the 1995 World Championship. She won the 100-meter final at the 1996 Summer Olympics and became the first woman since Wyomia Tyus to retain the Olympic 100-meter title.

Devers later concentrated on the hurdles event and won the World Championship again in 1999. She was inducted into the National Track and Field Hall of Fame in 2011 and inducted in the United States Olympic Hall of Fame the following year.

Devers received the NCAA Silver Anniversary Award in 2013. She now holds the tenth place in our list of the top 10 greatest female sprinters of all time.

The female track runners are all extremely fit and powerful physically and have the right amount of grit necessary to create records on the track. These women train diligently, devoting several hours to increasing their speed and tenacity, as well as exercising for greater physical fitness.

Sports fans are hopeful that more and more women will enter this sport and carry the torch forward. And, we hope that you liked our list of the top 10 greatest female sprinters of all time.

Q. Who is the greatest female sprinter of all time?

Q. Who is the best sprinter of all time?

Kelly Ann Fraser-Pryce has won the trophy four times: once in the 200 meters (2013) and three times in the 100 meters. One of the greatest sprinters of all time is Fraser-Pryce. She is also referred to as “the most successful female sprinter in history” by the Olympic Channel.

1 thought on “Top 10 Greatest Female Sprinters Of All Time🏃‍♀️”