Boston Bruins was founded as the first expansion of the NHL in the United States in 1924. One of the first greatest NHL players is the legendary Joe Malone. He scored 44 goals in 20 games in the first season of the NHL.

The modern era started in 1992 with the expansion of 28 franchises instead of 21 in the NHL. Starting from the very first until the current date, many great players have shown their talents on the ice hockey field. And here is the list of the top 10 greatest NHL players of all time. 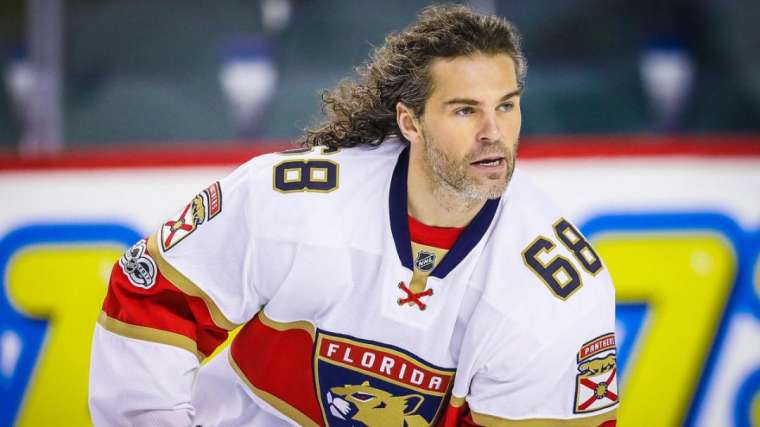 Czechoslovakian former ice hockey player Jaromir Jagr last played for the New Jersey Devils in the NHL as a right-winger. He also played for the Pittsburgh Penguins, New York Rangers, Washington Capitals, Boston Bruins, and Philadelphia Flyers during his career from 1991 to date.

He led Pittsburgh Penguins to the victory of the Stanley Cups in 1991 and 1992. Jaromir won the Art Ross Trophy as the NHL scoring champion five times. This feat is the most by any non-Canadian player. He was also voted for the Lester B. Pearson Award for outstanding performance thrice by the NHL Players’ Association.

He also won the Hart Memorial Trophy as the league’s most valuable player in 1999. He is one of only 25 hockey players to win the Stanley Cup, World Championships, and Olympic gold medals, thus becoming a member of the Triple Gold Club. 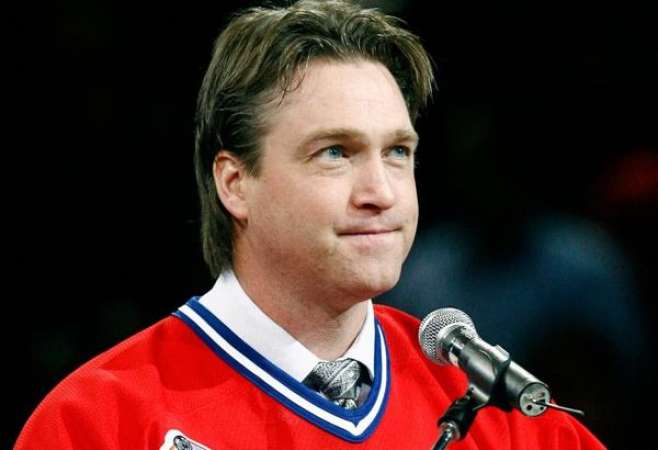 Canadian former ice hockey goaltender Patrick Roy is widely regarded as one of the greatest goaltenders of all time. Besides his wonderful career, he is currently the Vice President of Hockey Operations. He also served as the head coach of the Colorado Avalanche in the NHL.

He was the main goaltender of the Montreal Canadians for 10 seasons and also played 8 seasons for the Colorado Avalanche. Roy achieved four Stanley Cups while winning two cups for each of the franchises he played. Patrick is the only player to win the Conn Smythe Trophy three times as the Most Valuable Player in NHL history.

He was named the greatest goaltender in NHL history by a panel of 41 writers supported by fan polls in 2004. His jersey no.33 was retired by both the Montreal Canadians and Colorado Avalanche. Patrick also won the Jack Adams Award as a coach in 2014. 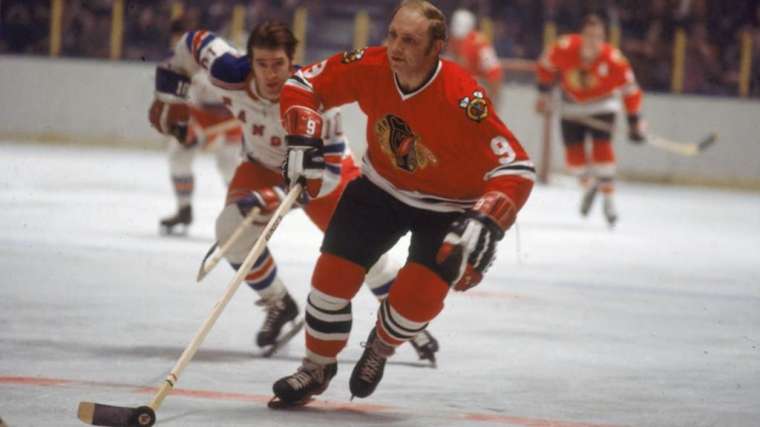 Canadian former ice hockey player Bobby Hull is widely known for his hard slapshots and is often considered one of the greatest ice hockey players in NHL history. He was nicknamed “the Golden Jet” for his fast skating speed and blond hair.

He played for the Chicago Black Hawks, Hartford Whalers, and Winnipeg Jets during his 23-season career in the NHL and World Hockey Association. Bobby achieved the Art Ross Trophy three times and the Hart Memorial Trophy twice. 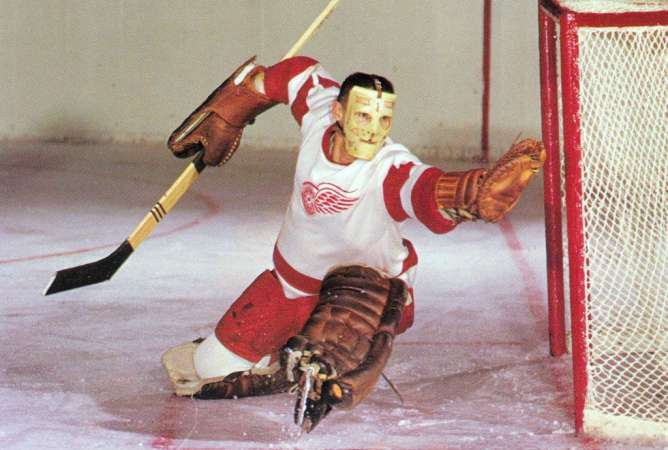 Terry was included in NHL First All-Star Team seven times. He was ranked in the 9th position of the 100 Greatest NHL Players by The Hockey News in 1998, which is indeed the highest rank for any goalkeeper to date. Terry was selected as Manitoba’s Player of the Century and inducted into the Manitoba Hockey Hall of Fame. He died on 31st May 1970. 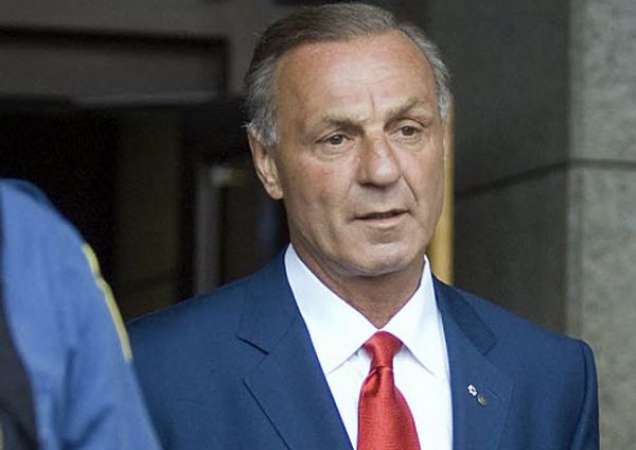 Canadian former ice hockey player Guy Lafleur played for the Montreal Canadians, New York Rangers, and Quebec Nordiques in the NHL. He was the first player to score 50 goals and 100 points for a record six consecutive times in the NHL.

He achieved five Stanley Cup championships during his 17-season ice hockey career. Guy was nicknamed the Blonde Demon by his French fans for his huge contribution to the game, and his fans chanted, “Guy, Guy, Guy!” whenever he touched the puck in his entire career.

He was placed in the eleventh position of the 100 Greatest Hockey Players by The Hockey News in 1998. His amazing career is decorated with three Art Ross Trophies, three Lester B. Pearson Awards, two Hart Memorial Trophies, one Conn Smythe Trophy, and one Lou Marsh Trophy. 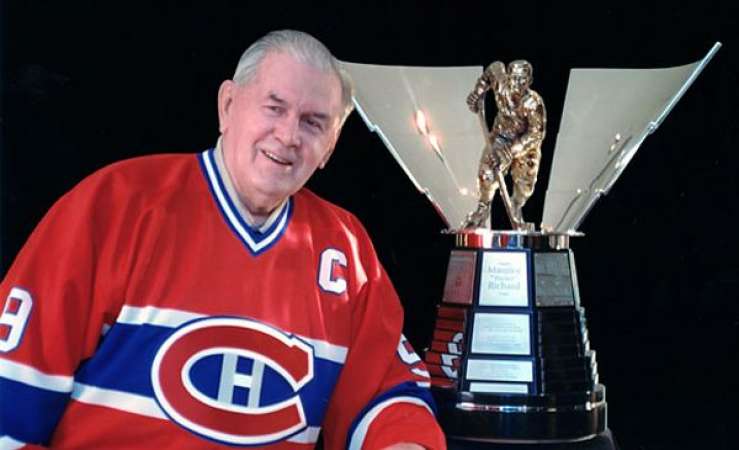 Canadian former ice hockey player Maurice Richard died on 27th May 2000. He played 18 seasons for the Montreal Canadians in the NHL and is widely regarded as the best winger in NHL history.

He won the Hart Trophy in 1947 as the NHL’s most valuable player. Maurice led his team to victory in eight Stanley Cup championships, including a record five consecutive wins between 1956 and 1960. He was inducted into Canada’s Sports Hall of Fame in 1975. 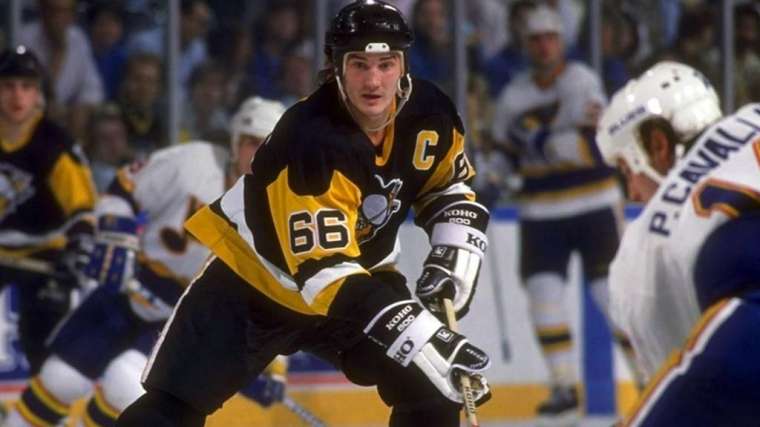 Canadian former ice hockey player Mario Lemieux is currently the principal owner and chairman of the Pittsburgh Penguins, which he financially supported out of bankruptcy in 1999. “Lemieux often beat defencemen with fakes and dekes,” according to his biography.

He led his team Pittsburgh to the victory of two consecutive Stanley Cups in 1991 and 1992, and the Penguins achieved that feat again in 2009 under his ownership. Besides NHL, he was also a pioneer member of the Canadian national ice hockey team.

He won Canada Cup in 1987, an Olympic gold medal in 2002, and the World Cup of Hockey championship in 2004. Mario won the Lester B. Pearson Award four times as the most outstanding player and also won the Hart Trophy as the most valuable player in the NHL. He was inducted into Canada’s Walk of Fame in 2004. 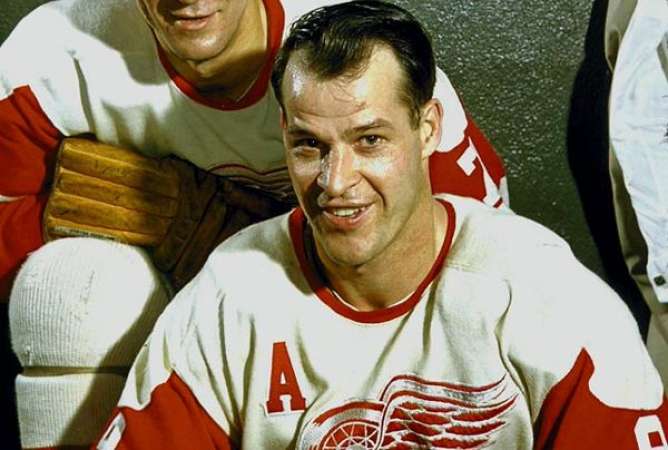 Canadian retired ice hockey player Gordie Howe played for the Detroit Red Wings and Hartford Whalers in the NHL. He was nicknamed “Mr. Hockey” for his marvelous contribution as one of the greatest players in NHL history.

He led his team, the Red Wings, to the victory of the Stanley Cup championship four times during his career. Gordie achieved six Hart Trophies as the league’s most valuable player. Besides, he won six Art Ross Trophies as the top scorer in a single season. He received the inaugural NHL Lifetime Achievement Award in 2008. 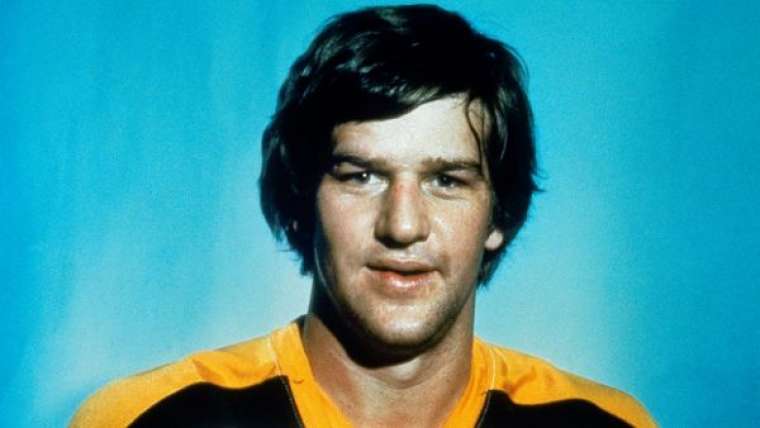 Canadian professional ice hockey player Bobby Orr is widely regarded as the best defenseman in NHL history. He played ten seasons for the Boston Bruins and two seasons for the Chicago Black Hawks in NHL. He is the only defenseman to win the league scoring title with two Art Ross Trophies.

Orr retired in 1978 at age 30 due to his repeated injuries in the left knee. He was inducted into the Hockey Hall of Fame in 1979 at the age of 31 and became the youngest player to achieve that. 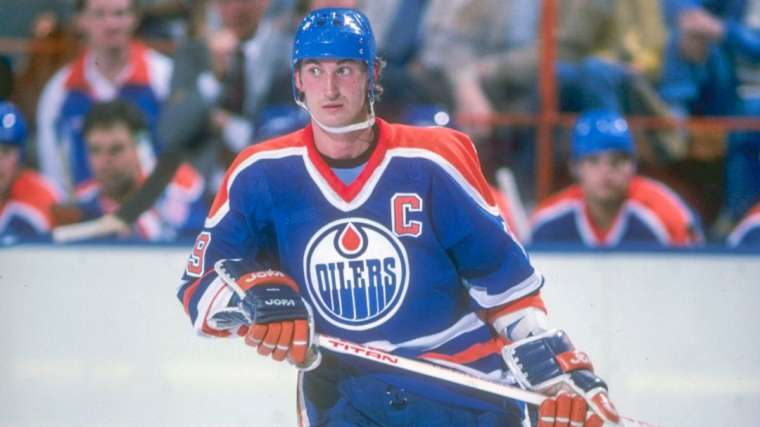 Canadian former ice hockey player Wayne Gretzky is “the greatest hockey player ever,” according to The Top 100 NHL Player of All-time by NHL. He was nicknamed “The Great One” for his huge contribution to ice hockey history. He is the highest point scorer and has more assists than any other player in NHL.

Gretzky is the only NHL player to score more than 200 points in one season. And he accomplished that feat four times during his career. He also achieved more than 100 points in a record 14 consecutive seasons.

Gretzky holds forty regular-season records, six All-Star records, and 15 playoff records. And that includes 894 goals in 1,487 games and 92 goals in a single season. He was inducted into the Hockey Hall of Fame in 1999 and included in the IIHF Centennial All-Star Team.

Many individual records also deserve acknowledgment, along with the star athletes. Bobby Hull is the fastest slapshot taker in NHL history with his 118 mph/hr speed. And Darryl Sittler created the record for most points in a single match while scoring 10 points with five goals. And he also made five assists against Boston Bruins on February 6, 1976.

Q. Is McDavid better than Gretzky?

With the adjusted points stat from Hockey-Reference.com, McDavid’s campaign will rank higher than Gretzky’s 1981-82 campaign. Gretzky scored 212 unadjusted points, the second-highest single-season score in league history. In other words, McDavid is very good at hockey.

It is widely considered that Gretzky is the greatest player in the history of the NHL and holds every possible offensive record. Despite playing less than 1,000 games and having the second-highest points-per-game rate in history, Lemieux remains one of the greatest players ever.

Q. Has anyone been kicked out of the NHL?

Billy Coutu is the only NHL player banned from the league for life for violence; he assaulted a referee and tackled a referee in a Stanley Cup game between the Boston Bruins and Ottawa Senators and then started a bench-clearing brawl on the orders of the Bruins.

Q. Who’s the smallest player in the NHL?

Nathan Gerbe has the distinction of being the shortest player in the current NHL, just one inch short of matching Worters for the record. In his career, the 5-foot-4 left winger has played for three teams: the Buffalo Sabres, Carolina Hurricanes, and now Columbus Blue Jackets.