Elite soccer players of various famous clubs also boost their yearly income besides their salary from the national teams and the clubs, with their vast endorsements and advertisement fees from mega-brands. The recent FIFA 2018 World Cup has proved itself as one of the best platforms for the players to get a massive contract for the advertisements of various brands such as Nike, Adidas, Pepsi, Volvo, and various other companies. And here is the list of the top 10 highest-paid soccer players in 2022.

Soccer is among the most followed sports in the world and is counted among the best-paid sports of modern days. Because of its 250 million worldwide viewership, the famous soccer players get massive attention from the crowd, especially from the football fans, besides their extremely high yearly income. So without much surprise, the highest-paid soccer players stand among the top-paid athletes each year.

So, you are maybe already impressed with the top ten super-rich footballers this year. But now, let’s check out the detailed analysis of these stars and their earnings in 2022. 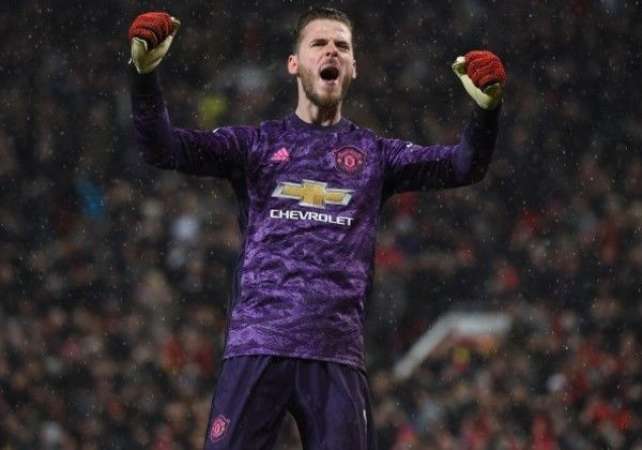 One of the best goalkeepers, David De Gea, currently holds the tenth spot in your ranking of the highest-paid soccer players. De Gea is also the highest-paid goalkeeper in the world right now. His long-time club, Manchester United, paid around $24 million to him this year.

To mark his 100th appearance wearing Adidas gloves, the company itself launched a special pair of gloves honoring him. And since its launch, it started climbing positions among the best goalkeeping gloves that professional goalkeepers like.

Adidas also played a significant role in his $3 million earning from sponsors this year. David De Gea also frequently appears in Pepsico ads as a part of his endorsement deal. Lewandowski’s five goals in six minutes still seem one of the most unbreakable records in sports history. However, he continued to deliver remarkable performances for Bayern even after that match with fellow Bundesliga side, VfL Wolfsburg.

The Polish football genius currently holds the ninth spot among the highest-paid football players. With his $28 million income in 2022, Lewandowski remains the top-paid Polish athlete too. German side Bayern Munch is currently paying a $24 Million yearly salary to this star performer.

Besides his amazing persona on the football ground, Lewandowski is also the most popular TikTok star. While many already had their account on TikTok, this Polish genius is far ahead with his close to 3 million active followers. 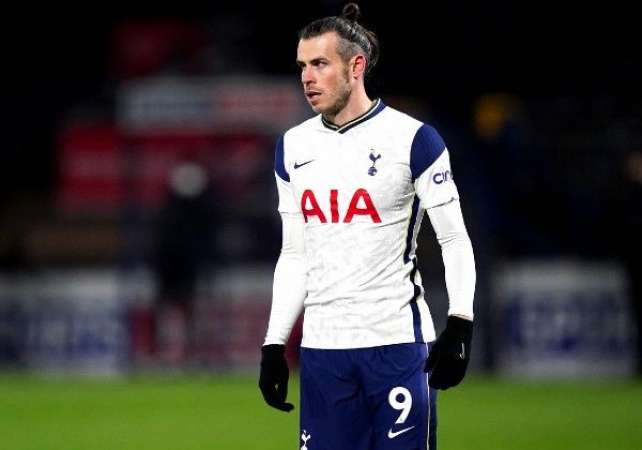 Bale spent a hell lot of time as the costliest benchwarmer for Real Madrid last year. But since his arrival at Tottenham Hotspur in a loan term from Los Blancos, Bale started to achieve his usual rhythm. However, he still remains one of the highest-paid soccer players as Real Madrid paid him $23 million this year as his salary.

He is expected to earn quite more if he can deliver remarkable performance for the Spurs to get incentives. But yes, he bagged around $6 million from his various endorsement deals.

Besides his footballing talent, the Welshman is also an avid golfer. He recently advocated for TaylorMade products on his social media accounts. He is also associated with Adidas. Besides, Bale is currently in touch with several European companies to get his sponsorship deals done. 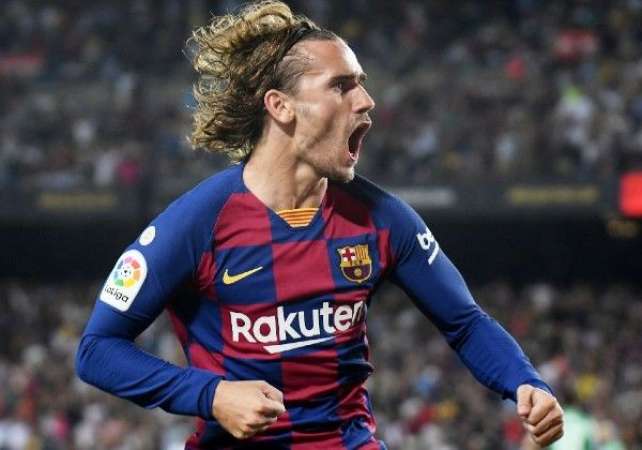 Although Griezmann receives the same salary as Pogba, he is just a million short in sponsorship income. With his $33 million total income this year, the French striker and one of the best football forwards in the world, Antoine Griezmann, holds the seventh spot among the highest-paid soccer players.

Despite his alleged clash with Messi, FC Barcelona still paid him $28 million a year. Griezmann bagged around $5 million from his sponsorships and endorsement deals. He is associated with a Chinese tech firm, Huawei, and the American sports giant, Puma.

Besides his football talent, Griezmann is also an avid gamer. He and his brother launched their own esports team called Grizi Esports last year. This team is currently competing in Fortnite, FIFA, and CS: Go. It is a sin to not name Paul Pogba among the best football midfielders in 2022. Manchester United has spent around $28 million on Pogba as his salary and performance bonus. However, football fans strongly believe that the French star is yet to deliver his best season for the Red Devils.

But if you talk about his humanitarian side, his foundation works aggressively to provide clean drinking water in several parts of Africa. He earned around $6 million from his sponsorship deals in 2022. Activision and Pepsi is the major contributor.

Adidas also plays a significant role in that income as they are currently associated with the French genius. Pogba recently created a buzz after appearing in an ad for Pepsi with two other football maestros, Lionel Messi and Mohamed Salah. The football pharaoh from the land of Egypt, Mohamed Salah, delivered remarkable performances for one of the Premier League champions, Liverpool. This year too, he has achieved his place among the highest-paid soccer players with a $37 million total income in 2022.

Liverpool spent $24 million in total this year on their yearly salary and performance bonuses of Salah. Vodafone helped a lot as Salah bagged a staggering $13 million from various sponsorship deals. However, he showed his humanitarian side too.

He recently collaborated with Vodafone to bring digital learning to refugee camps in his homeland. The Egyptian football king recently became the face of a retro range called Adicolor by Adidas. 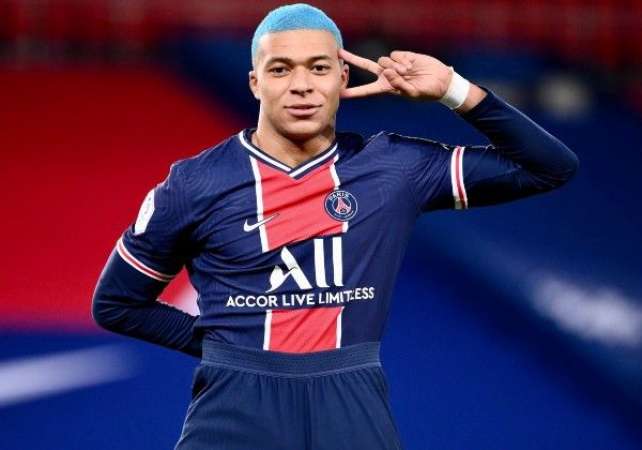 Mbappe caught the eyes of the whole football world with his magical performance at the 2018 FIFA World Cup in Russia. And since then, he has constantly achieved his place among the highest-paid soccer players.

This year too, the French youngster and one of the best strikers in current football achieved the fourth place with an astounding $42 million total income. His current team, Paris Saint-Germain, is now paying around $20 million yearly salary. On top of that, he has earned an $8 million performance bonus from the club.

Legendary watchmaker, Hublot, announced Mbappe as their global ambassador in 2018. Besides that, he has many other sponsorship deals with leading brands, including Nike. 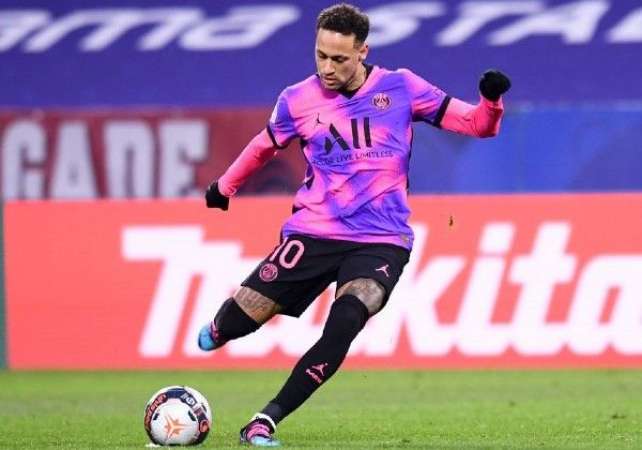 One of the most marketable athletes in the world, Neymar, made a fortune through his transfer deal worth from Barcelona to PSG. With a 90$ million total income this year, he holds the third spot in the list of highest-paid soccer players in 2022.

Besides his $76 million yearly salary from the French side, Neymar also earned $19 million through his personal endorsement deals. Neymar currently is in endorsement terms with several giant companies such as Beats Electronics, Gillette, Nike, Panasonic, and Red Bull.

Without any doubt, his agent Wagner Ribeiro did some spectacular jobs for this 29-year-old Brazilian. Interestingly, Neymar recently became the first soccer player to have his own custom Air Jordan sneakers designed by the Swoosh. 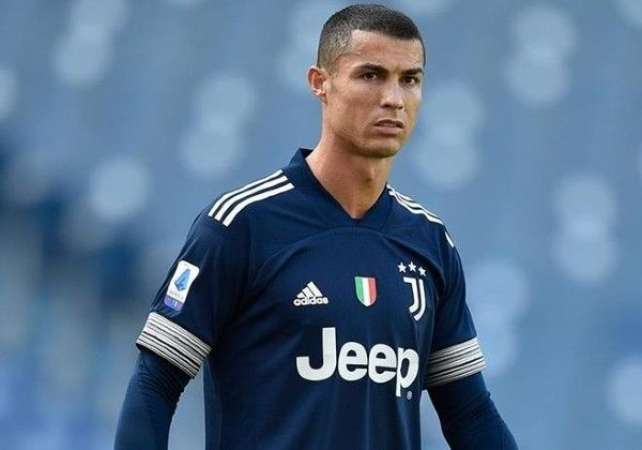 One of the best soccer players of all time, Cristiano Ronaldo CR7 is also the highest-paid athlete in the world right now. Besides his immense footballing skills, most of his fans also looked to him with jaw-dropping wonder due to his unimaginable wealth and assets throughout the world.

With a total of $120 million in earnings this year. Cristiano will earn more than $30 million a year just from Manchester United till his 37th birthday as per his current contract. Besides, he also has a lifetime deal worth $1 billion with Nike.

Moreover, he has numerous other endorsement deals and his own line of clothing, fragrances, and hotels. this makes him 2nd highest-paid footballer in the world. Ronaldo is also the most loved athlete on social media platforms. 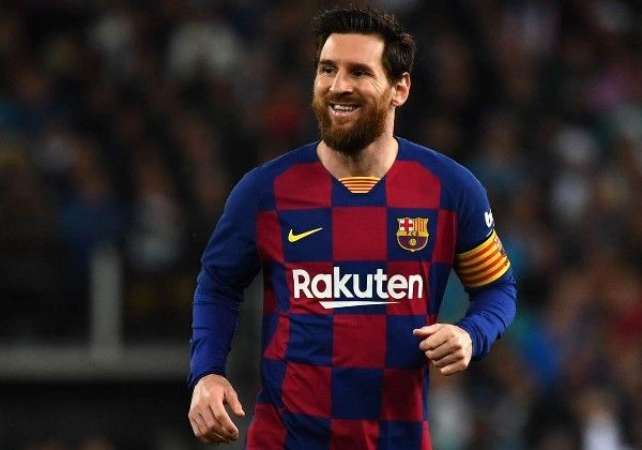 Known as the ‘Magician’ of soccer, Leo Messi recently led his previous side Barcelona to win the La Liga last season before joining PSG. Besides his $97 million salary from PSG, Messi earned nearly $33 million more from his endorsement deals this season. In December last year, he renewed his lifetime deal with Adidas. And it contributes a significant part to his income this year.

Managed by his agent Guillermo Marin, Messi currently has endorsement contracts with several industry giants. And that list includes companies like Huawei Technologies, Gatorade, Adidas, and Tata Motors. Without much of a surprise, Messi is one of the richest footballers in 2022 with his $130 million total income this year.

The yearly income of this Argentine genius is expected to rise even higher if he permanently stays in PSG after leaving Barcelona in August 2022.

These players are pretty motivating and also superb strikers while they are on the field for 90 minutes. They are like vigor crackers throughout the game. So, who is your favorite soccer player from the above list? Share your opinion about the highest-paid soccer players in the comment box below.

Q. Who is the highest-paid soccer player in the world?

The reigning highest-paid soccer player in the world in 2022 is Cristiano Ronaldo aka CR7. The Portuguese star still tops the list with his immense earnings after his joining his boyhood club, Manchester United. This year, he has already bagged a whopping $125 million, surpassing his archrival Lionel Messi.

Q. Who is the highest-paid female soccer player right now?

Q. Who is the highest-paid club footballer in 2022?

After joining the French super club Paris Saint-Germain living behind the boyhood side FC Barcelona, Argentine international Lionel Messi is currently the highest-paid club footballer in 2022. He currently earns around $1.33 million dollars each week for his service at PSG.

Q. How much does CR7 earn weekly?

At 36 years of age, Portuguese footballer Cristiano Ronaldo currently earns around $1.1 million each week for his contribution to Manchester United and the Portugal national side. Besides, he has also earned a total of nearly $60 million this season alone.