Ice Hockey, with more than 350,000 registered ice hockey players, is truly the most watched and most played sport in Canada. This nation also has seven teams playing in the National Hockey League. Basketball, baseball, and rugby also deserve their mentions among the most popular sports in Canada right now.

Canadians not just love their sports but also love playing them. People from around the world settled in Canada and shared their culture with the natives, including sports. Several most popular sports in Canada are widely played and have widespread recognition across the country.

Even though sports have a significant impact on Canadians, it’s the native people who are really passionate about activities that make them smart and fast to overcome obesity. Let’s take a look at Canada’s most popular sports.

Most Popular Sports in Canada | 2023 Ranking 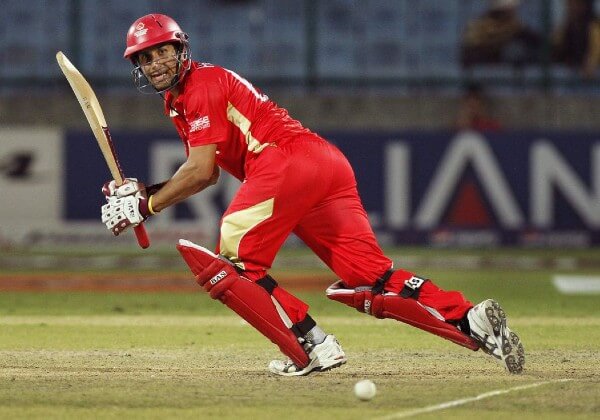 Here we go, folks. We have cricket in tenth place out of the top ten most popular sports in Canada. A team of eleven players plays cricket on a field that has a 22-yard (20-meter) pitch with wickets at each end.

Each wicket has two bails resting on three stumps. A fielding player, called the bowler, throws the ball from one end of the pitch towards the wicket at the other.

The popularity of cricket is growing in Canada. To explore international cricket opportunities, Canada joined ICC in 1968. In 1975, the Canadians defeated the Australians while achieving a remarkable milestone.

The Canadian National Cricket Team has competed in four ICC Cricket World Cups, most recently in 2011. Canadian cricketers are now also taking part in popular cricket tournaments around the globe. 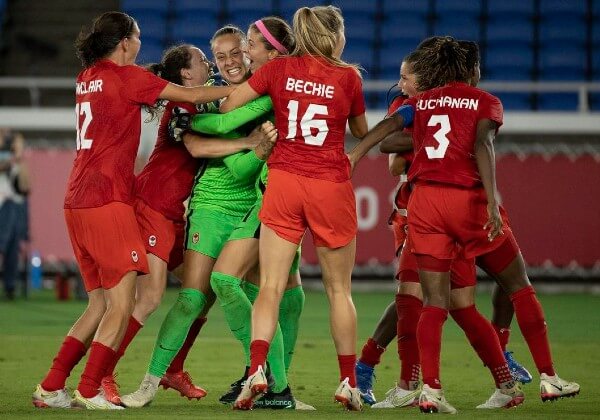 Football, more commonly known as soccer or football, is a team sport involving two 11-person teams and a spherical ball.

A total of 250 million people play this sport in over 200 countries and dependencies, making it the most popular sport in the world, especially in Canada. Each end of the rectangular field is marked by a goal.

The popularity of soccer in Canada has grown over the years. Even though the game of soccer was played differently in Canada, the concept of the game was the same. Two local clubs in Toronto played the first soccer match in Canada in October 1987.

In Canada, the game is not as popular as in Europe, but the Canadian Women’s Soccer team has achieved numerous successes at the international level. Throughout the 2012 London Olympics, the team performed remarkably well. 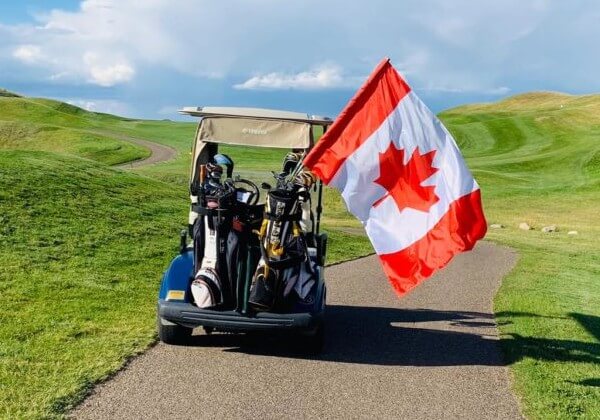 The main goal of golf is to hit a ball into a series of holes on a course in as few strokes as possible using different clubs.

A key part of the game of golf involves adjusting to the terrain encountered on different courses since, unlike most ball games, there is no standardized playing area. Typical golf courses have an arranged progression of 18 holes, while recreational courses may have just 9.

It was not until the 15th century that golf was played in Scotland. The native Scots who emigrated to Canada called Golf the Royal and Ancient Game.

In November 1873, the Montreal Golf Club was founded as Canada’s first golf club. And some of the hottest female golfers are now from Canada. 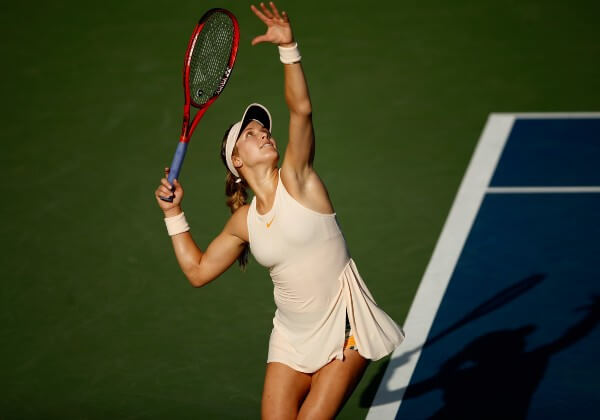 As a racket sport, tennis can be played individually (singles) or by two teams of two players each (doubles). Tennis players use a tennis racket that is strung with a cord to hit a hollow rubber ball covered in felt over or around a net and into an opponent’s court.

In this game, the objective is to manipulate the ball, so the opponent cannot play a valid return.

Canada also enjoys playing tennis. Tennis Canada currently acts as the governing body of this sport in the country. By encouraging participation in this sport at all levels, local, national, and international. The organization continues to develop tennis in Canada. 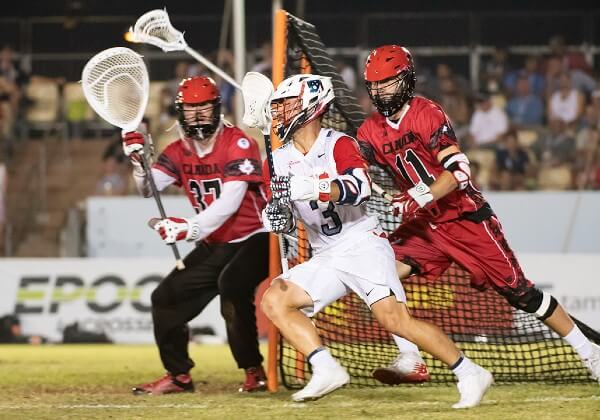 Played with lacrosse sticks and lacrosse balls; it is a team sport. It is the oldest organized sport in Canada, with roots dating back to the 17th century.

For its collegiate and professional forms, European colonists heavily modified this game to reduce violence.

Out of the top 10 most popular sports in Canada, Lacrosse got the 6th spot out of the top 10. Canada’s oldest sport is lacrosse. The first governing body of the sport in Canada was established in 1867 by the National Lacrosse Association of Canada.

Since 1994, Canada has officially recognized lacrosse as the official summer sport. The Canadian lacrosse teams, both men and women, are among the best in the world. 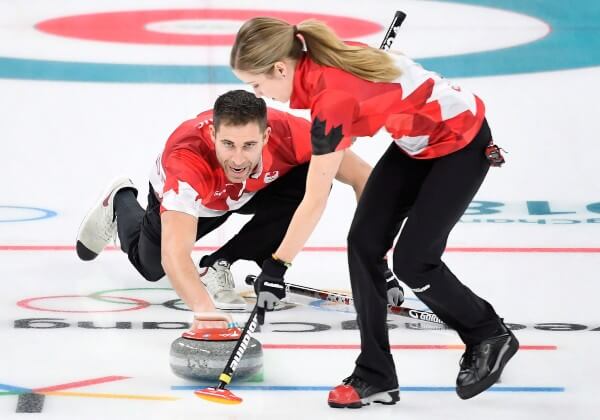 Curling is known as one of the best winter sports where anyone can participate, from beginner to pro. It is a sport where players slide stones on the ice toward a circled target area. Shuffleboard, bowling, and boules are related sports.

On the ice curling sheet, two teams of four players slide heavy granite rocks, called stones, a circle marked on the ice toward the house.

Canada is very popular for its national curling championships and Olympic trials. In addition to the men, women also participate in this game, which is one of the most televised women’s sports in Canada.

Ford Canada has remained one of the main sponsors of the world curling championship since 1995. Furthermore, Curling got the 5th spot out of the top 10 most popular sports in Canada. 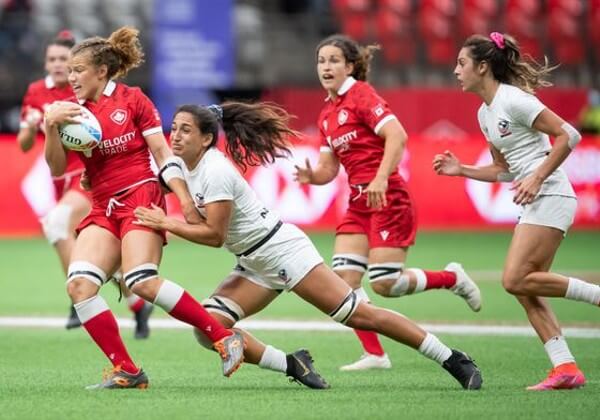 Rugby union, commonly known as rugby, is an English close-contact team sport that originated in the first half of the 19th century. Running with the ball in hand is a vital element of this code of rugby football.

Besides being in the 4th spot out of the top 10 most popular sports in Canada, Rugby has a massive impact on Canadian people.

In 1863, rugby football was differentiated from soccer (football in Europe) and was governed by the Rugby Football Union in 1871. Rugby may have been invented by British garrison troops, settlers, and Royal Navy members in Canada from 1823 onwards.

Canadian teams are now among the best in the world. Canadian rugby has been developed primarily due to the national coaching certification program. 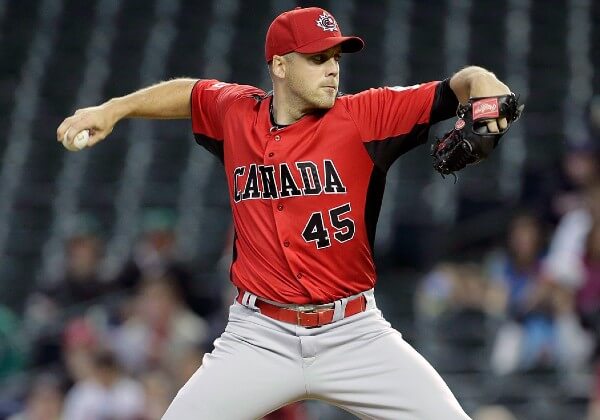 Offensive teams (batting teams) aim to hit the ball into the field of play, allowing their players to advance counter-clockwise around four bases to score “runs.” A defensive team aims to keep runners from advancing around the bases by preventing batters from becoming runners.

Canada’s golden era for baseball was the 1990s. In 1992 and 1993, the Toronto Blue Jays won consecutive World Baseball Series. And during that time, Canada produced some of the greatest baseball players of all time.

Jenkins became the first Canadian inducted into the Baseball Hall of Fame in 1991. After that, Larry Walker of the Colorado Rockies won the Most Valuable Baseball Player Award in 1997. 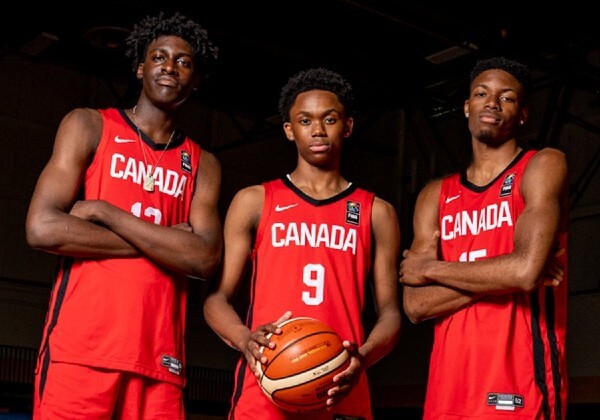 In the second spot out of the most popular sports in Canada, we have ranked basketball. This sport has a massive impact on the Canadian generation, especially girls. James Naismith first invented this game in 1891.

He said, “I wanted to invest in a game where players need to have some skills instead of power to hit the ball or need any other abilities rather than skills.”

Basketball Canada is the official governing body of basketball in Canada. It was founded in 1928. And since then, several greatest basketball players have donned the national side.

Since 1994, two Canadian teams have been awarded franchises by the NBA of the United States, the Toronto Raptors and Vancouver Grizzlies. This was the first-time professional basketball played in Canada. 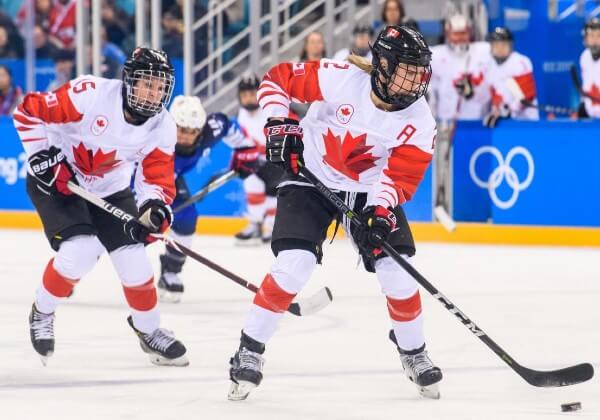 Ice hockey is a popular winter team sport in Canada, played on skates on marked ice-skating rinks. In addition to being one of the fastest team sports on ice, it is one of four ice-skating team sports, including bandy, ringette, and rink ball.

In ice hockey, opposing teams use ice hockey sticks to advance, control, and shoot a rubber disc into each other’s goal.

NHL is most popular among Canadian people, which is reasoning to make it the most popular sport in Canada. And you may not believe it, but some of the hottest ice hockey players are from Canada.

Teams from Both the USA and Canada actively participate in the National Hockey League (NHL). Canada currently has 7 NHL teams, including Calgary, Edmonton, Calgary, Montreal, Toronto, Ottawa, and Winnipeg.

Our analysis of the most popular sports in Canada has been presented. The country is rich in sports and numerous other things, including gold, nickel, uranium, diamonds, and lead.

However, if you have any suggestions regarding sports rankings or if we have missed any other deserving sports to rank, please let us know in the comments section. We would appreciate your response.

FAQs Regarding Top Sports in Canada

Q. Which sports are the most popular in Canada?

Canada’s national winter sport is ice hockey, the most popular sport in the country. Despite being played in Europe and Canada, hockey found its home in Canada. The NHL currently has 42.7%, Canadian-born players.

Q. Which sport is popular among kids in Canada?

Soccer is the most popular team sport in Canada, with more than 750,000 kids involved. Among kids 3-6, 7-12, and teens 13-17, soccer dominated the age demographics, too. It is predicted that football will be the most played sport in the future as well.

Historically. Cricket was the most popular sport in Canada until the early 20th century when ice hockey and other sports overtook it. With over 40,000 cricketers across Canada, cricket is the fastest-growing sport today. Obviously, it is a fact that millions of people across Canada enjoy playing the game and watching all matches happening across the globe.