Legendary Swedish Ice Hockey player Henrik Lundqvist is undoubtedly the hottest player the NHL circuit has ever seen. He recorded 459 wins for the NHL side New York Rangers in his career. Canadian star athletes Joffrey Lupul and Carey Price also deserve their mentions among the hottest ice hockey players of all time, primarily due to their chiseled bodies and dashing look.

In this list of hottest Ice Hockey players in 2023, we are going to discuss the best-looking people on the ice hockey field. These athletes are not only known for their good looks and attractiveness but are also known for their sheer brilliance in the game and their amazing sports talent. To know more about these athletes, read on to the hottest Ice Hockey players list.

If you want to suggest some other good-looking athletes for this list, feel free to leave their names or your suggestions in the comment box down below. As for this one, read on to know more. 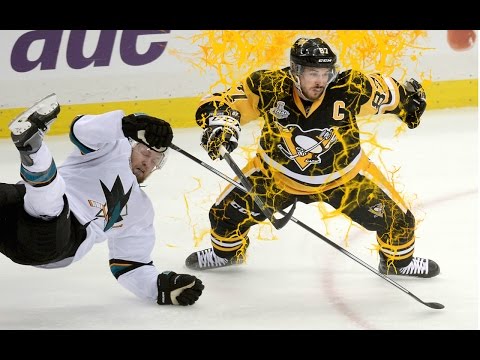 At number 10 in this list of hottest Ice Hockey players in 2023, we have Sidney Crosby. In 2010–11, Crosby received a concussion as a result of hits to the head in back-to-back games.

The injury had him sidelined for the rest of the season and for most of the 2011–12 campaign as well. In 2013–14, Crosby again won the Hart Memorial Trophy and also his second Art Ross Trophy (104 points), and his third Ted Lindsay Award.

In 2015–16, Crosby captained the Penguins to the 2016 Stanley Cup Finals, where they defeated the San Jose Sharks in six games.

Crosby received the Conn Smythe Trophy as the playoff MVP. In 2017, he achieved his place as one of the 100 Greatest NHL Players in history. Besides, he is also one of the highest-paid athletes in the world. 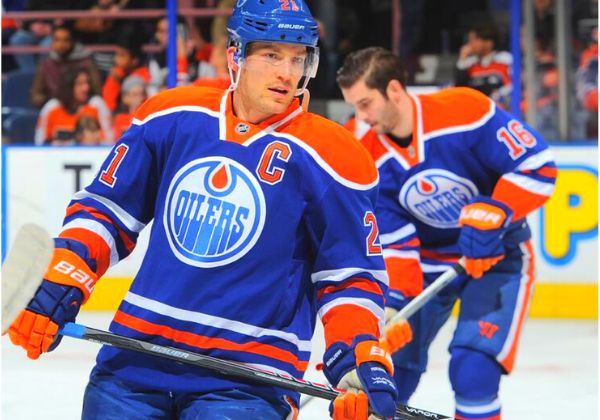 At number 9 in this list of hottest Ice Hockey players in 2023, we have  Andrew Ference. Ference began his hockey career in the Western Hockey League (WHL), playing with the Portland Winterhawks.

After two full seasons associated with the team, he was selected 208th overall by the Pittsburgh Penguins back in the 1997 NHL Entry Draft. Central Scouting didn’t select him for the draft at that time.

In response, Ference sent a letter to every NHL general manager indicating his self-belief he would play in the NHL and also enclosed testing results conducted by the University of Alberta.

Ference had played two more seasons with Portland and had a rather brief stint in the International Hockey League (IHL) with the Kansas City Blades prior to joining Pittsburgh in 1999. 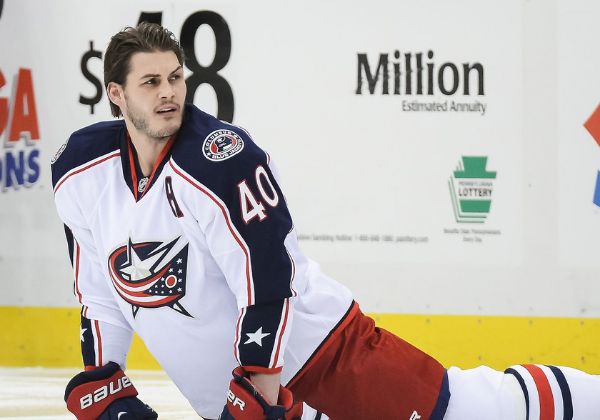 At number 8 in this list of most handsome Ice Hockey players in 2023, we have Jared Boll. Jared Rittenhouse Boll (born May 13, 1986) is an extremely American professional ice hockey forward who is presently playing for the Anaheim Ducks of the National Hockey League (NHL).

He had formerly played for 9 seasons with the Columbus Blue Jackets organization, known chiefly for his role as an enforcer. 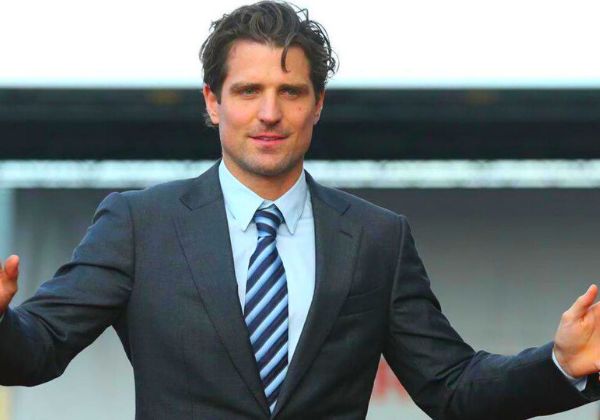 Patrick Sharp is a Canadian professional ice hockey player currently playing for and an alternate captain of the Dallas Stars of the National Hockey League (NHL).

He is a three-time Stanley Cup champion winning as a member of the Chicago Blackhawks in 2010, 2013, and 2015, as well as an Olympic gold medalist participating with the Canadian national team at the 2014 Winter Games. 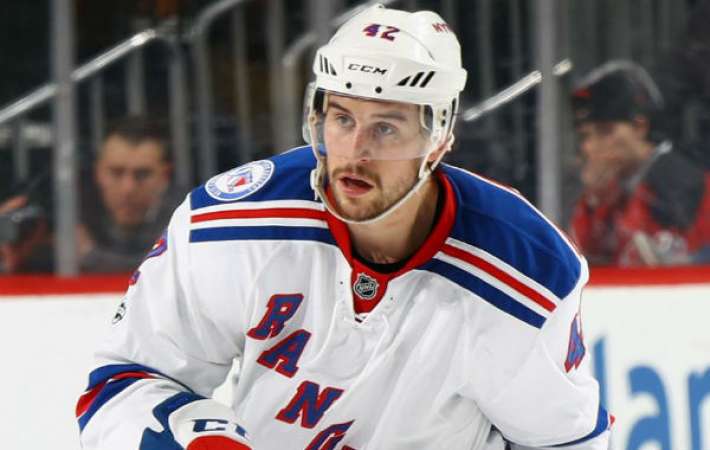 At number 6 in this list of hottest Ice Hockey players in 2023, we have Brendan Smith. Brendan Smith was born on February 8, in the year of 1989, and is a Canadian professional ice hockey player for the New York Rangers of the National Hockey League (NHL).

Smith was initially drafted 27th overall by the Detroit Red Wings in the 2007 NHL Entry Draft and was formerly a finalist for the Hobey Baker Award. Smith appeared in a total of 34 games for Detroit during the lock-out-shortened 2012–13 NHL season. 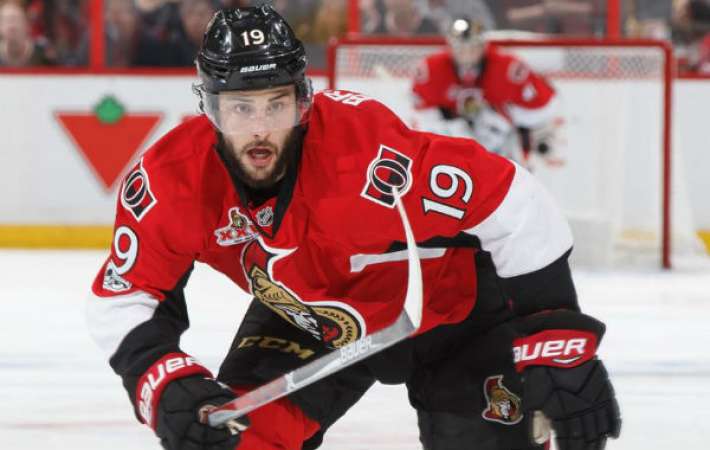 At number 5 in this list of hottest Ice Hockey players in 2023, we have Derick Brassard. Brassard played youth hockey with the Gatineau L’Intrépide, where he successfully captained his midget team.

He was selected in the second round, 18th overall, of the then 2003 Quebec Major Junior Hockey League (QMJHL) Draft by the Drummondville Voltigeurs.

Brassard had spent most of the 2003–04 season playing midget hockey with the L’Intrépide. That was before making his debut with the Voltigeurs, where, in ten regular-season games and then seven playoff games, Brassard registered one assist. 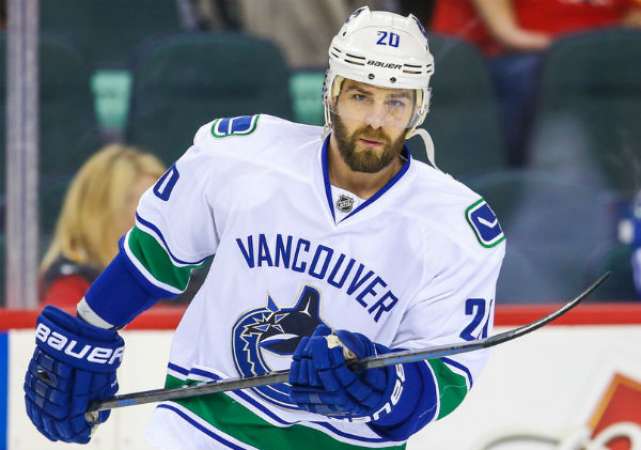 At number 4 in this list of hottest Ice Hockey players in 2023, we have Chris Higgins. He recorded three consecutive 20-goal seasons to start his NHL career. However, he changed his side and joined the New York Rangers in June 2009.

After a rather brief stint with the Rangers, Flames, and Florida Panthers, he joined the Vancouver Canucks in February 2011. Internationally, Higgins has competed for the United States in two World Junior Championships (2002 and 2003) and also one World Championship (2009).

Higgins had played four years of high school hockey for Avon Old Farms, a preparatory school in Avon, Connecticut, graduating back in 2001. 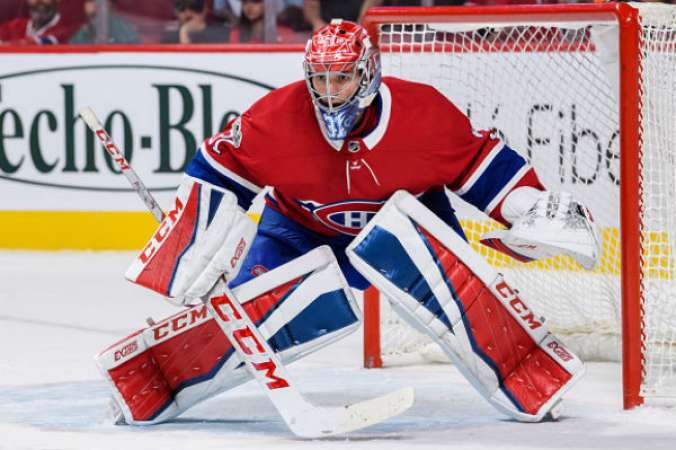 After a further two seasons with the Americans, where he won both the Del Wilson Trophy as the top goaltender in the Western Hockey League (WHL) and also the CHL Goaltender of the Year in his final season of major junior in 2007. At number 2 in this list of hottest Ice Hockey players in 2023, we have Joffrey Lupul. In his professional career, Lupul has also played in the NHL for the Anaheim Ducks, Edmonton Oilers, and Philadelphia Flyers.

He was originally chosen seventh overall at the 2002 NHL Entry Draft by Anaheim, beginning his NHL career associated with the organization and later playing a second stint with the team before joining the Maple Leafs in 2011. 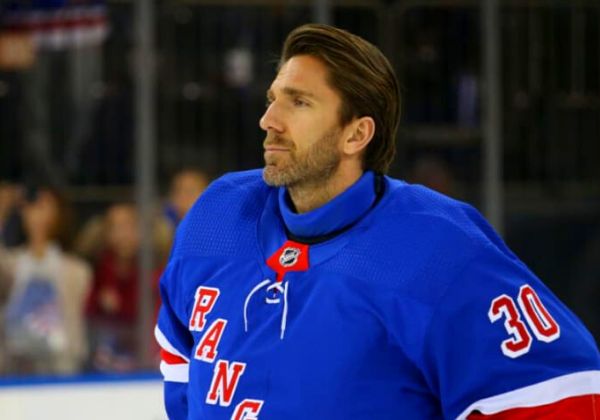 At number 1 in this list of hottest Ice Hockey players in 2023, we have Henrik Lundqvist. In December 2004, The Hockey News rated Lundqvist as the sixth-best European prospect.

He achieved that place as the lone goaltender in their European top-10 list. Also, in that December, Lundqvist joined fellow future Rangers prospect Al Montoya on McKeen’s prestigious list of top goaltending prospects. He achieved the seventh rank in the group.

During the 2005 season, Lundqvist had broken four Swedish national records: lowest goals-against average (1.05), highest save percentage (.962), longest goalless streak (at 172 minutes and 29 seconds), and also most shutouts in a season (6). He was also named Best Goaltender and Best Player and was righteously selected as the league’s MVP by fellow players.

Lets us know your favorite player from this list of hottest Ice Hockey players in 2023.

Q. Who is the dirtiest player in hockey?

For whatever reason, Tom Wilson is the dirtiest player in the NHL, but he hasn’t been penalized for crossing the line with dangerous hits. Hopefully, that will change soon. Wilson’s hit was so egregious that the player safety department had no choice but to intervene.

Q. How do you become a professional hockey player?

In order to be considered for this circuit, you are generally required to play at a Major Junior level for at least two years in order to showcase your skills and size to NHL talent scouts. You may have the chance to be recruited by an NCAA team after this two-year period, where you will have 4 years of eligibility.

Q. Why is ice hockey so hard?

It is a hard sport in which three intense 20-minute periods are played. It requires great strength and stamina for the players to be aggressive both physically and emotionally. As a technical game, ice hockey requires constant attention from the players.

Q. Do hockey players use tinder?

There are a lot of hockey players on Tinder in Toronto. He will have a profile full of hockey photos and his entire team’s roster behind him, regardless of whether he is at a school from town or from out of town.