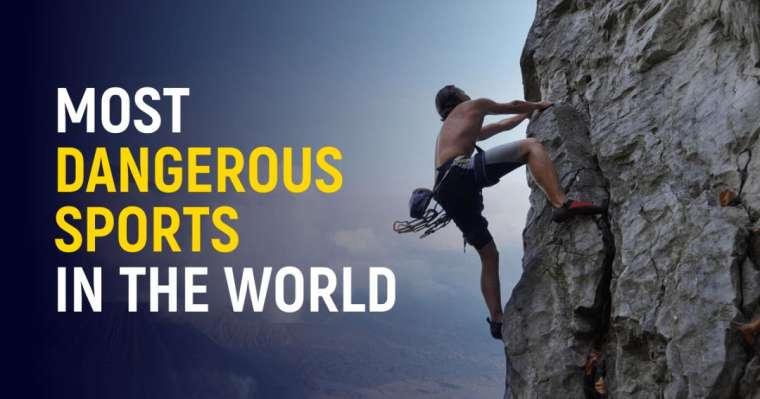 Sports can be a great way of providing exercise to the body, as well as the mind. They are also an incredible source of entertainment. While some people pursue sports for recreational purposes, many take it to the professional level. Most physical sports have some level of risk involved. Players always have the chance of getting hurt or injured, be it severe injuries or just small ones while participating in some most dangerous sports. And in extreme and dangerous sports, players have a high chance of getting an injury.

Most Dangerous Sports In The World – 2022 Ranking

There are some sports that are just extremely perilous, almost to the point where they can be called lethal. Forbes, one of the leading magazines in the world, issues various kinds of lists, and it also listed out the top risky sports. So let us take a look at the top 10 most dangerous sports in the world. 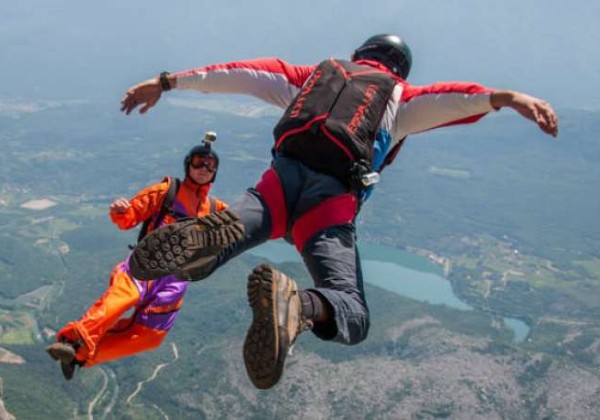 The term BASE in BASE jumping, which is also written as B.A.S.E. jumping, is actually an acronym for Building, Antenna, Span, and Earth, meaning cliff. This highly difficult sport essentially involves parachuting, and individuals hurl themselves from the fixed structures that have been mentioned above.

While it sounds very thrilling, the whole process of dashing through the air, with the wind blowing in the face and into the hair, can also prove to be lethal.

There are some obvious risks of jumping from hundreds of feet above the ground, but besides these, the chance of getting thrashed by the wind is quite high. In fact, this sport is illegal in some parts of the world, including in the US, except at organized events like the West Virginia Bridge Day.

The highest BASE jump in the world so far has been recorded to be from the Petronas twin towers of 1381 feet, located in Malaysia. 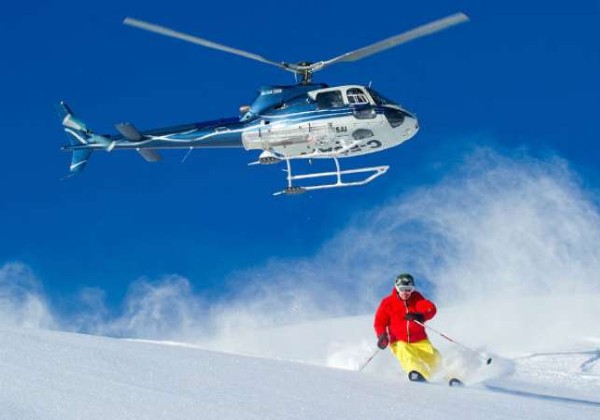 It is pretty obvious from the very name of the sport that heli-skiing involves helicopters. The sport, in fact, is off-trail, downhill snowboarding, or skiing and is accessed by a helicopter.

Some people are such passionate patrons of the sport that they even go ahead and book a year in advance, as they find great thrill in leaping onto the snow on peaks, away from human inhabitation, and then skiing down, and the advance booking helps in getting the package at discounts.

The cost often depends on the number of days, too. The outings have a set number of descents. There are several Heli-Ski operations that are US certified.

They completely ignore the fact that it is a possibility to be stranded by weather changes, or get killed by an avalanche. Even helicopter rides can be dangerous. 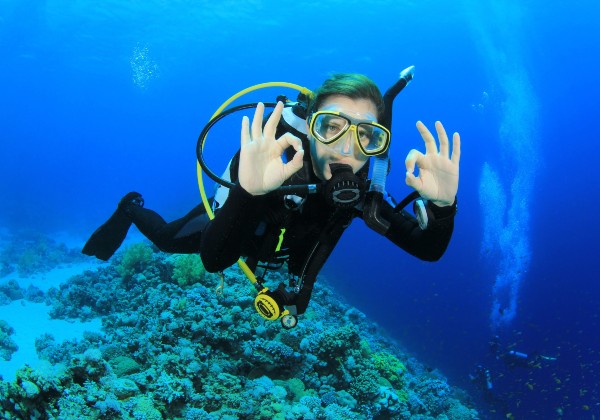 Scuba diving has become a well-known name in the world of extreme sports that can get you killed. Many people are probably unaware that the word Scuba is actually an acronym for Self-Contained Underwater Breathing Apparatus because this is used by the driver to facilitate breathing underwater.

It all definitely sounds wonderful and all, but the sport comes with its own dangers. For instance, if the ascent from the dive is too fast, leading to decompression illnesses, including bends, and can even cause lung, spinal cord, and brain failure.

There is also the risk of getting attacked by stray sharks or other underwater creatures. 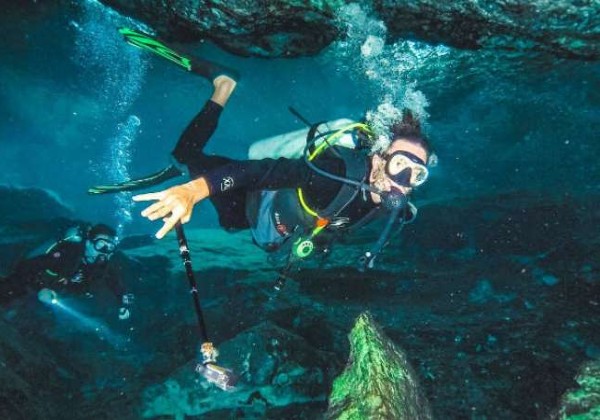 Cave diving is an uncommon adventure sport that involves diving in underwater caves which are at least partially filled with water content. In this sport, the common scuba equipment in specialized configurations is used.

Besides these, cave diving also requires the use of a wide range of other equipment on the basis of the varied circumstances involved in the sport.

Cave diving can involve some life-threatening perils, of which, the major risks can be caused by lighting failure and low visibility, which might eventually lead to being separated from the partner.

Another hazard is the loss of air, especially because one cannot rise to the surface to catch air, lest he might smash his head. Open-sea diving and cavern diving experiences are often needed, along with insurance. 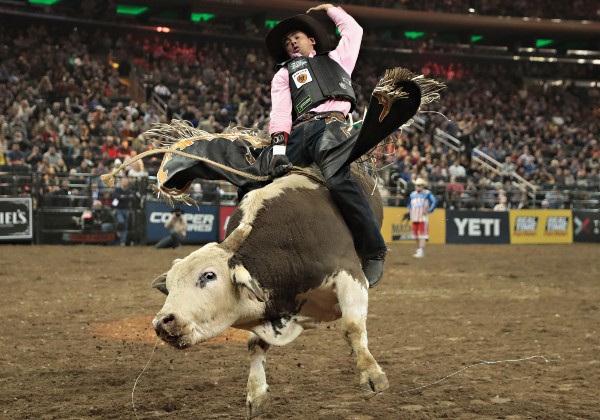 Bull riding is a rodeo sport, where the rider has to mount a huge bull and tries to stay atop the bull, while the beast attempts to buck the rider off its back.

This sport is generally a huge favorite with men who consider themselves extremely macho and love to show off their high levels of testosterone so much that they are prepared to take on any risk for the sake to be able to do so.

On being bucked off, the fall of the bull’s back can lead to concussions and other severe injuries, there is also the chance of getting trampled by the bull, which may weigh up to 1800 pounds.

However, for the really passionate ones, this sport is an art. From bull-riding training schools to boot camps and fantasy camps, options are available for those who are interested in mastering this deadly sport. Bull riding, for its difficulty level, definitely deserves the sixth place among the most dangerous sports. 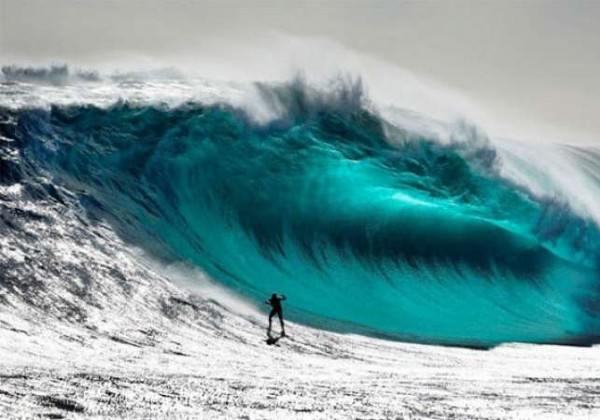 While surfing is a famous adventure sport, big wave surfing is a discipline of surfing where the experts of surfing paddle into or are towed onto huge waves that are of the least height of 20 feet.

The most sought-after crowns are to ride the wave of an intimidating height of 100 feet. And the famous competition, the Billabong XXL, puts on offer prize money of $100,000.  Some of the other top events offer huge prize money, like $70,000 for the Tow-In World Cup in Maui and $65,000 for Quicksilver’s Waimea Bay Contes.

Some of the greatest hazards of this sport include being pulled into the water by the current, or drowning, or even have the head smashed against the hidden underwater rocks.

It is also not impossible to get whacked by the gun, which is the surfing board. Without much doubt, wave surfing has earned fifth place on our list of most dangerous sports. 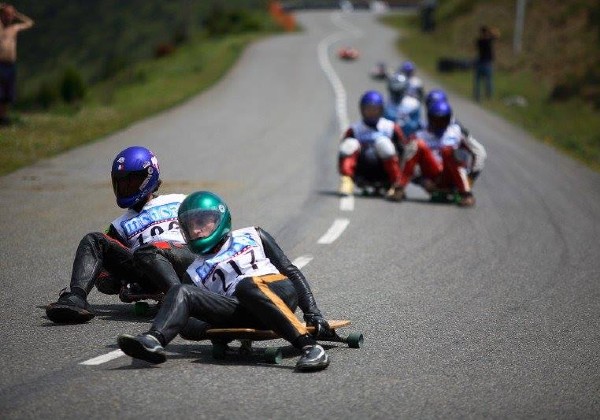 Street luge is a sport that is a lot like skateboarding, with the only difference being that the rider has to be in a supine position on the sled which is the luge board, when he is dashing down a paved road or course, at a speed that is extremely high.

This is an extreme gravity-powered activity. And, the fact is that the legality of this sport is still in the shadows.

Such is the level of peril in this sport that it is an absolute requirement for the participants to put on protective leathers and helmets, so that the chances of getting smashed by vehicles that will most likely not notice the riders, will not go higher.

The chances of a collision on road are also high. Short of that, only the feet work as brakes. One can take classes in this sport on a closed road. Participation may require full medical insurance coverage. 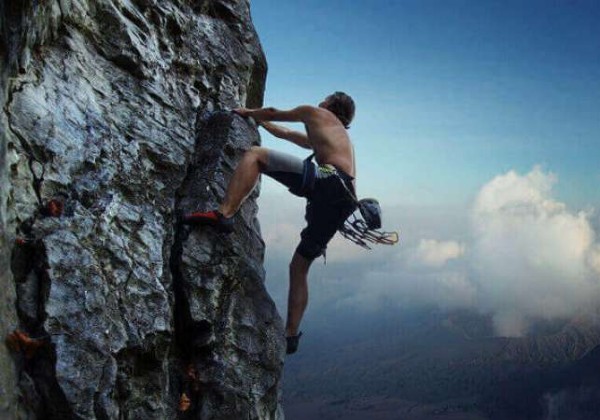 It is pretty easy to understand from the name that mountain climbing involves the dangerous activity of climbing up and down mountains which are the highest of natural rocks. The truth about this activity is that each and every element of it is risky.

And for that, it is also considered as one of the most difficult sports. The climber is exposed to a varied range of hazards. The different physical injuries include broken bones, sprained muscles, twisted ankles, torn ligaments, back injury, broken bones, concussion, or frostbite. And it happens when the climber performs heavy physical activities or just slips and falls.

The weather may change frequently, and have lethal effects; one can lose the path, and deaths are common. While there are several national parks offering good rock-climbing locations, there are also several mountain climbing schools offering different courses.

Mountain climbing definitely deserves its place among the most dangerous sports. 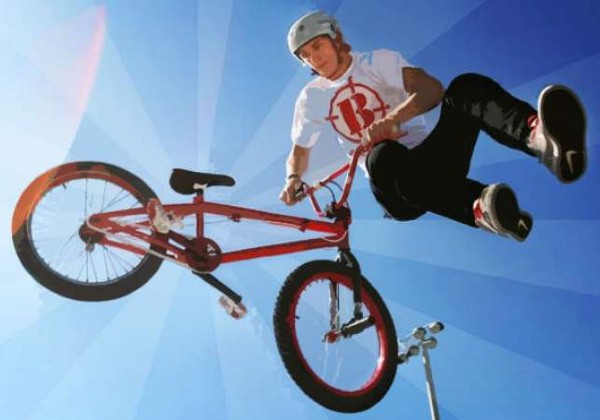 Bicycle motocross, which is commonly known as BMX, is an extremely thrilling cycle sport. To participate in this tough sport, one needs to have one of the special bikes, known commonly as the BMX bikes. These special bikes are ridden by bikers in the sport.

These BMX bikes can become quite expensive, especially at a professional level. While bicycle motocross is essentially a racing sport, it has offshoots. Besides, the bicycle stunts on a vertical ramp and flatland are included in these offshoots.

In this sport, the cyclist is required to perform a combination of acrobatics while he is astride the BMX bike. The bikers strive to perform innovative tricks that are not only fun to watch but no one else has ever tried.

And for that, they are often exposed to injuries or even concussions, besides cuts, scrapes, and bruises. For its immense difficulty, this sport deserves the runners-up place among the most dangerous sports. 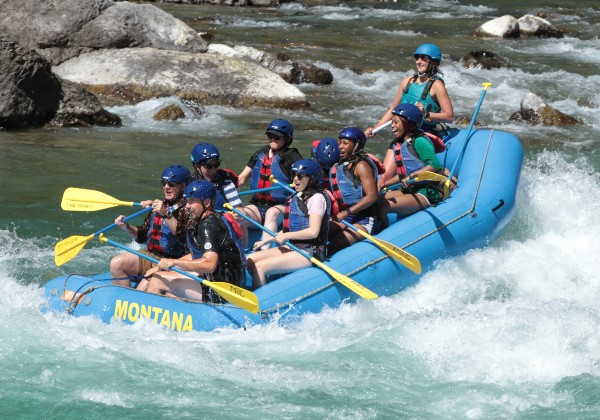 Whitewater rafting is an outdoor activity, full of peril. An inflatable raft is used as a vehicle for navigating the rough waters of whitewater or other water bodies of rough water. The environment in this sport varies largely.

And as a result, new challenges are always there for the participants to face. Since the water is quite wild, the threats that are posed to the participants include getting tossed or being smashed into the rocks.

There can be foot entrapment that may entangle the participant in case he falls off. And, it becomes difficult to dislodge himself easily. Common injuries are broken bones or twisted knees.

There are various levels of difficulties in this sport that a participant can choose to opt for. Besides, the costs also vary widely based on the location. Without any doubt, Whitewater rafting deserves the top place in the list of most dangerous sports.

Sports organizations do not like to bring to the spotlight the many possible risks involved in these sports. That is why it is a little difficult to rank sports on the basis of how dangerous they are. However, some organizations, magazines, etc. often take into account the casualties and possible dangers. And, as we all know Forbes takes the leading spot among them.

But, no matter the level of danger, some people have a great passion for these dangerous sports. They are drawn to the adrenaline rush and the kick that they get from participating in them. One thing is for sure and that is, these sports are not for those who are faint at heart.

These are the people who love to live on the edge, always. Share Your Thoughts About Dangerous Sports in the Comment Box Below.