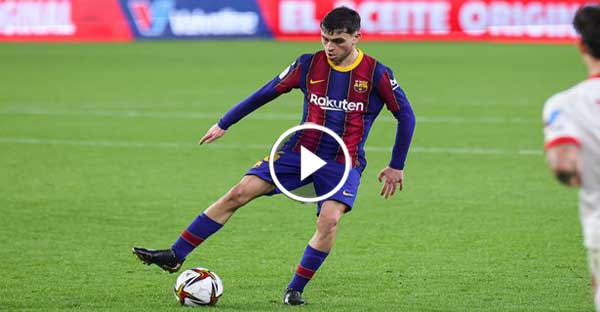 Pedri Gonzalez Lopez, Shortly named Pedri, is also a unique young athlete who plays for the Spain National team and also for La Liga Club Barcelona. He use to play as a midfielder. His 60 kg weight enables him to work against gravity and enhances his speed and footwork. Though he was playing as a winger initially with the passage of time, due to his struggles and smart work, he made himself play at any position.

Now he prefers to choose left or right flank because he likes to operate from this position. He is known for his intelligence, passionate work, dribbling technique, fast footwork, and stamina. Nobody can decide that he is either a left-footed footballer or a right-footed footballer because he has the ability to operate via both feet. Stating about his honors I have to inform you that he had also won the silver medal in the Summer Olympics while he was playing from Spain in 2020.

Pedri is a technical player with having a suitable conditional mind which allows him to decide the matter on the spot. He can deceive the opponents through his postures and contradictory movements. He can drive the ball through the gapes either in between the legs of the opponents or among the fielders. He usually observes the opponent’s mind and what he (opponent) is going to do and sets his plan to resist him(opponent) and he does this all in a very short time it means that he has excellent vision and an extraordinary mind. I hope you will enjoy some beautiful and amazing techniques and speed of Pedri.