American football coach Kevin Stefanski currently works as the head coach of the National Football League franchise Cleveland Browns. However, he spent most of his time with the Minnesota Vikings as he earned various promotions in the team since 2006. He started as an assistant to the head coach for the Vikings way back in 2006 and opted for his transfer from the team as an Offensive coordinator in 2019. 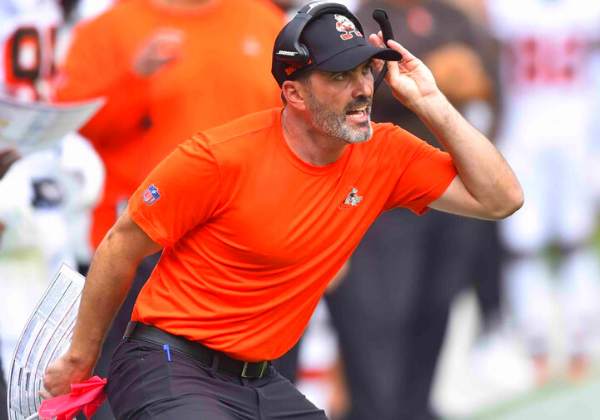 During his time with the University of Pennsylvania, he served as the assistant director of football operations during the 2005 American football season. However, he took his transfer to the Minnesota Vikings after spending a single season at Penn. And since then, he showed immense promise in the coaching field. And in 2023, he is widely known as one of the best coaches in NFL at the age of just 39.

Till he graduated from high school in 2000, Stefanski played American football for the St. Joseph’s Preparatory School. He then joined the University of Pennsylvania and started playing for the college team. During the first year of his college career, he displayed an awesome performance and received the freshman of the year award at the University of Pennsylvania in 2000.

He became an integral part of the Penn American football team throughout the course of his college football career. Besides, he was part of the undefeated Penn team and maintained that record for a decade. During his time, he has earned his selection at the All-Ivy League twice. And in 2004, he graduated from the University. 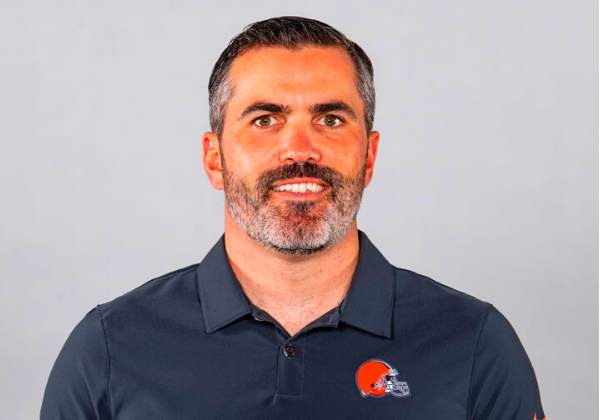 Stefanski joined the National Football League franchise Minnesota Vikings as the coaching assistant in 2006. Upon his joining, he started working as the assistant of the then-coach Brad Childress. Following the termination of Scott Turner, he started working as the quarterback coach in 2017. Under his guidance, one of the most handsome NFL quarterbacks, Case Keenum, came into prominence.

From 2014 to 2015, he worked as the tight ends coach and trained some of the best NFL tight ends. And in 2016, he trained some of the best NFL running backs while working as the running back coach for the Vikings. Due to his immense success, New York Giants proceeded with an interview request which the Vikings instantly denied. Shortly after, he earned his promotion as the offensive coordinator on 9th January 2019. 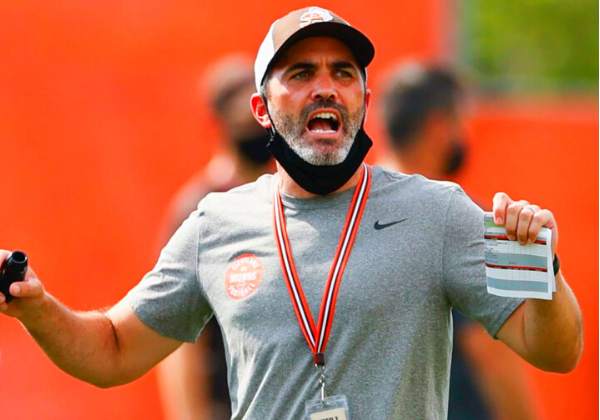 He signed a five-year contract with the Cleveland Browns on 13th January 2020. And with that signing, he became the 18th head coach of the NFL franchise, the Cleveland Browns. Shortly after, he made his head coaching debut in an NFL game against the Baltimore Ravens on 13th September 2000. However, he lost that game with a tragic 38–6 score. 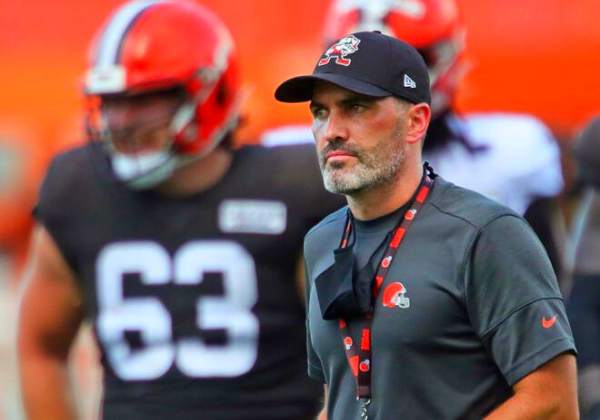 He attracted instant criticism from the American press for his performance which was not at all up to the mark. However, he achieved his first career win as a head coach in an NFL game against the Cincinnati Bengals on 17th September 2020. He achieved a 35-30 score in the Thursday Night Football on that day.

Born on 8th May 1982, Kevin Stefanski is the second child of Ed Stefanski and Karen Stefanski. Ed is the former executive of the National Basketball Association and was also a former basketball player. Kevin grew up in the Philadelphia city of Pennsylvania with three of his brothers, Eddie, Matt, and David. After a brief period of a romantic relationship, he married Michelle Stefanski. The couple now has three kids together named Will, Gabe, and Juliet. 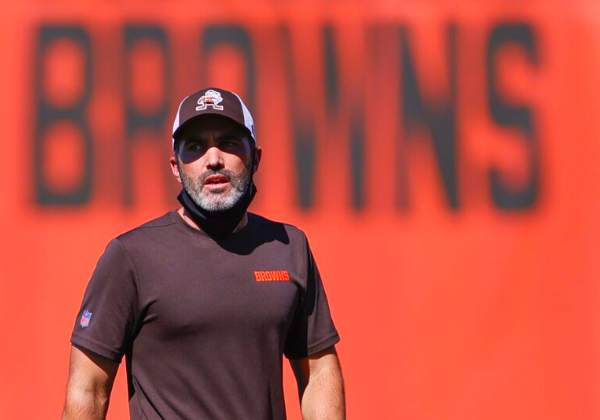 According to the recent financial reports, the current net worth of Stefanski is estimated to be around $10 million. He now receives a base salary of $6.75 million as a head coach of the NFL franchise Cleveland Browns. Besides his coaching income, he has various associations and tie-up deals with several brands.

Q. Who is Kevin Stefanski?

A. Kevin Stefanski is an American football coach currently serving as the head coach of the National Football League franchise Cleveland Browns. However, he spent 14 seasons with the Cleveland Browns serving in various job roles. He last served as the offensive coordinator for the Vikings.

Q. Where is Kevin Stefanski from?

Q. Who is Kevin Stefanski married to?

A. Kevin Stefanski is currently married to his long-time girlfriend, Michelle Stefanski. The couple now has three children together named Will Stefanski, Gabe Stefanski, and Juliet Stefanski. The family now lives in Cleveland due to his coaching jobs for the Browns.

A. Kevin Stefanski is the second son of the former basketball player and NBA executive, Ed Stefanski. Ed and his wife Karen have four children together. They are Eddie, Kevin, Matt, and David. Ed now lives in Avalon, New Jersey, while Kevin lives in Cleveland due to his coaching job.