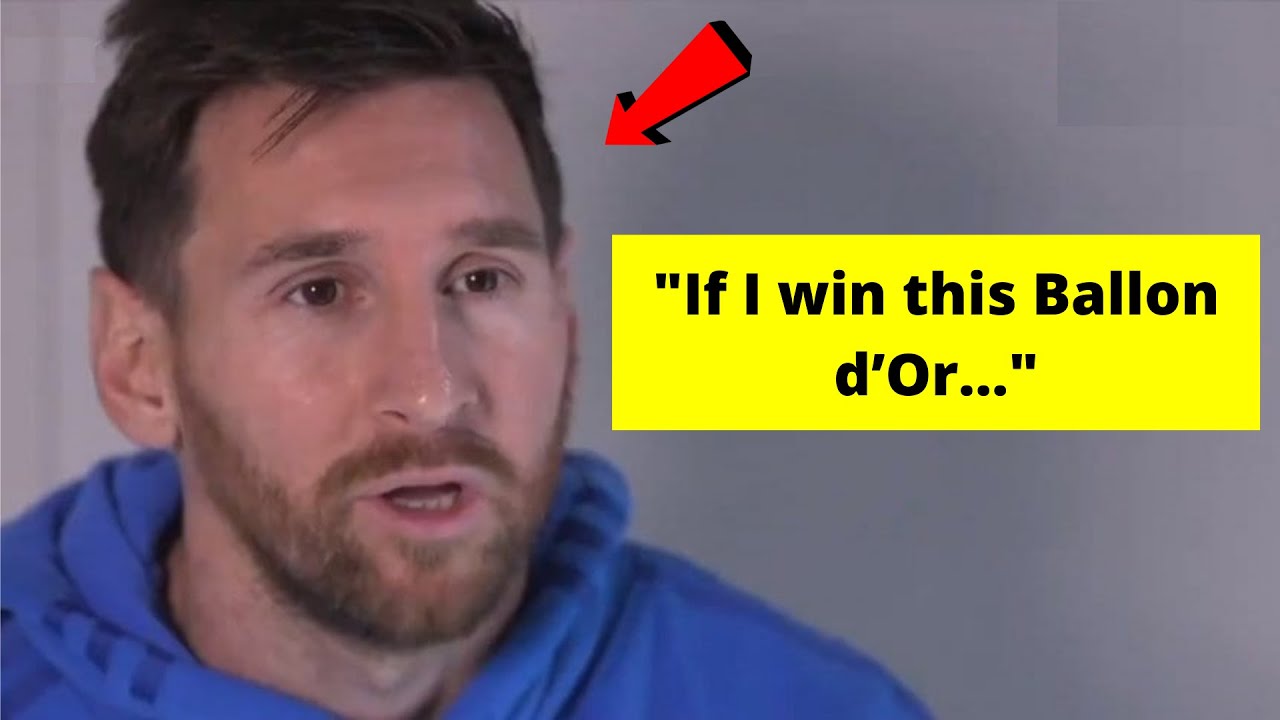 The Argentine star gave an interview to France Football after the magazine awarded him his seventh Ballon d’Or, and plenty of ground was covered.

On Monday the world watched as Argentine superstar Lionel Messi was awarded his record seventh Ballon d’Or at the glitzy Parisien ceremony. France Football magazine is behind the award and on Saturday published an interview with the now-PSG player.

The importance of being humble: “I come from a working-class family, my father worked all day and we lived in a rather modest neighborhood. But we never lacked for anything, thank God. My parents instilled in me respect, especially for others, as well as hard work and humility. I grew up with these values. When I arrived in Barcelona at the age of 13, I found the same values at La Masia.”

Rejecting Neymar’s off of the no. 10 shirt at PSG: “The ’10’ was for him. I came to a new team to help. It was an extraordinary gesture on his part, but I expected it because I know Neymar. We spent time together at Barcelona and we are friends. It seemed fairer to me that he kept the number ’10’. That’s why I took another one that I liked [30].”

Why he lay down behind the free-kick wall in the 2-0 win over Man City: “At that moment it needed to be done. We were winning. Nobody else was there to do it and because I was, I just did it. To be honest there was nothing to it. We all need to contribute something to get results.”

On surpassing Cristiano’s goals tally: “I always wanted to surpass myself and not look at what others were doing. With Cristiano we kept our battle going within the same league for years. It has been wonderful and has helped us both to grow in our careers. But without looking at each other. I just wanted to surpass myself, to be the best I could be, and not better than any other.”

Thoughts on comparison with Maradona: “I have never compared myself with Maradona. Honestly, I have never compared myself with Diego, absolutely never. I never paid attention to those comparisons, although some criticisms did bother me in the past. I had difficult times in the national team, but not for those reasons. I often get some criticism that makes me angry, but they stay in the changing room. They should stay there, in private. It’s the intimacy that makes the group stronger, plus the fact that we can get pissed off and tell each other to our faces the things that can be improved. This can happen to me and to other players.”

Is it tough being Lionel Messi on a daily basis?

“I’ve been Messi for 34 years, so I’m starting to get used to it. I’m happy with everything that’s happened, although sometimes, I have to admit, I’d quite like to go unnoticed, to enjoy being with my family without people recognizing me.

“I’m not complaining, though, on the contrary. It’s always nice to receive a compliment, a smile, or someone asking for a photo with me.