Darts are one of the oldest pastime activities around the world. So, it would be best if you learned the rules of darts in today’s article. Everyone enjoys this game because of its great accessibility. The game demands a great value of accuracy and consistency for the players.

Its simplicity makes it one of the best games in the world. The game has limitless followers, and they always thrive on learning more. The darts game finds its basis in simple rules and directions. This will bring the best possible darts experience to you.

All The Basic Rules Of Darts | Pro Players’ Explained

We recently reviewed some of the high-quality soft-tip darts and also some of the top-quality steel-tip darts. However, you do need to know about the rules first to make good use of them. So, let’s learn all the rules of darts from basic to advance below. 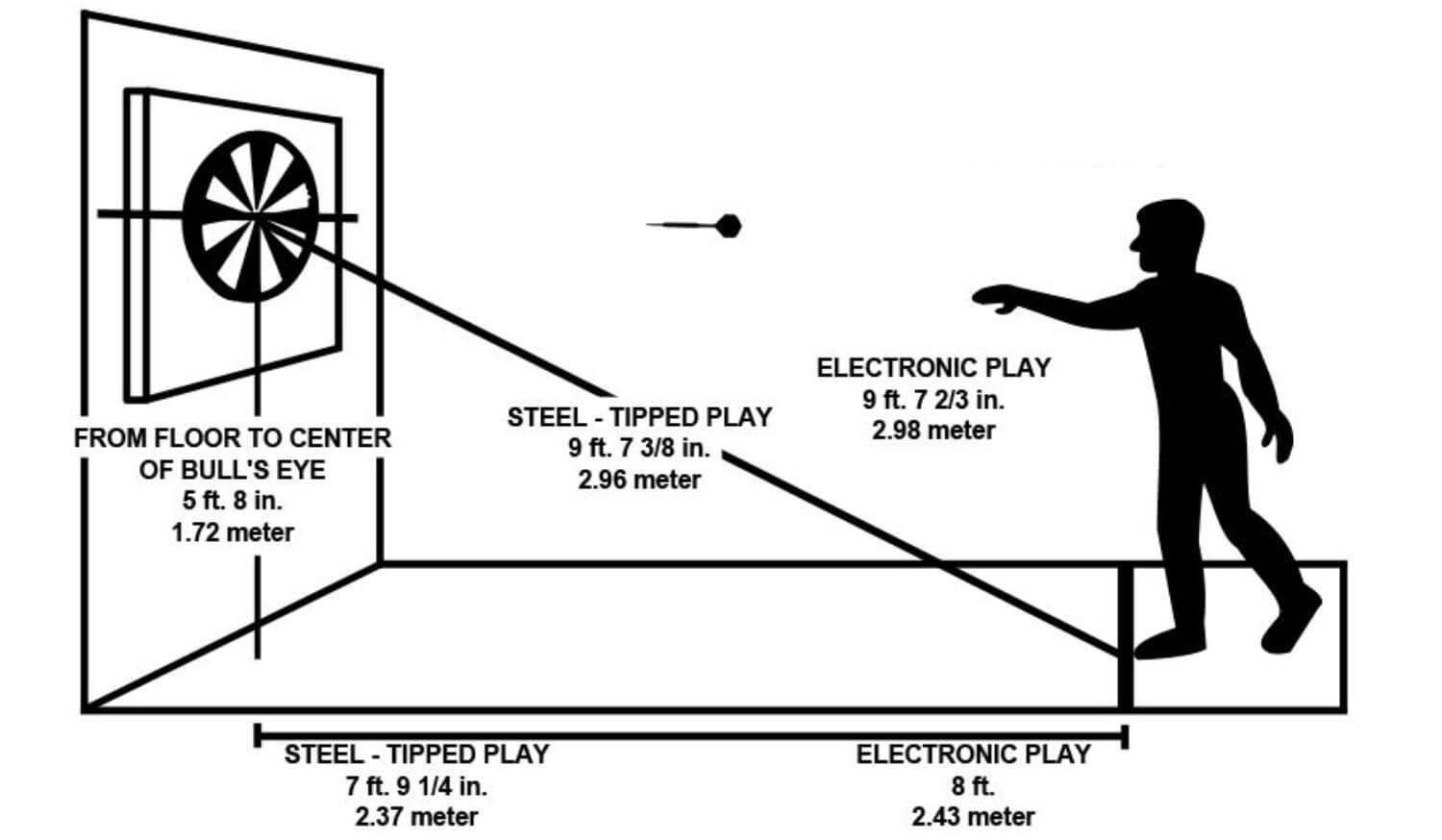 The game is simple and fun for everyone, along with simple rules. You’re going to fix a dartboard on a wall or any other suitable place. Players try to throw darts on target-present on the dartboard.

Players try to score more than their opponents by throwing darts. So better accuracy and consistency will earn you a lead over your opposition. But yes, you also need to have some high-quality dartboard for practice to aid your gameplay.

Cricket is a famous game in which darts have a great strategy. Also, the two players participate in the game. They can be two players or just two teams as per preference. And, the game rolls with a round incorporating three darts per team. This is also known as an inning in the game.

Players are going to close down the number on the dartboard. They try to do that with as many points as possible. There is another vital thing in the game that you should remember. The numbers 20,19, 18, 17, 16,15, and the bullseye are feasible in the game.

Any team scoring three of a number, then they are the one owning it. This makes it one of the important rules of darts. Then, the players strive to score more goals with the same number. Players also limit the other team to close the number.

A team closes a number by scoring three from the same number. On the other hand, the players that try closing the bullseye count the outer bull as single while the inner as double. So, players that close all innings and score the most win. You will only get the best out of this game if you have some top-rated dart scoreboards on your side.

This is a quick, fun game of darts. Players in the game try to hit on a dartboard from order 1 to 20.  So, players try to play and strike in order as a part of the game rule. The game can be played by two players trying three darts in each turn.

The winner will be the one who has hit all the numbers first. Players must follow the rules to hit in order; otherwise, they’ll lose points. Also, players can select to add difficulty in the game by choosing to hit inner and outer bullseyes.

So, the game has variety and simplicity at the same time. It promotes excellent contests among players. The game basically stands on accuracy and consistency on top of everything.

It’s another fun and simple game of darts. Many players can enjoy this game. The game sets its foundation by choosing a target number. Players get to choose a target number which is usually 50 or 100.

The players are going to throw three consecutive darts on the board. You must score a number that can be divided by 5. Players attain 1 point after every 5 points in the game. Make sure that you score a divisible number by 5; otherwise, there’ll be no score.

Make sure to choose a lower number when more people are involved. But yes, it is better to try your hand alone first with some high-quality darts for practice fore you opt for a real game.

This is rightly known as the most popular game in darts. It’s famous for the fun it provides for large groups in particular. The game comes with a very basic theme, in case if you’re wondering.

The game starts in a very usual way. Each player has to throw a dart on the board with his ‘bad hand.’ The bad hand (Left hand if he’s right-handed) and (Right hand if he’s left-handed) and retakes are allowed too. As in many cases, players go off the board.

Also, the players retake again when they hit a number that is already taken. So, this also comes as a point to consider in this game.

Moreover, the players will also get lives here depending on the gaming scenario, which is 2 lives for double. Simultaneously, 3 for treble is also given in the killer rule.

In the meantime, 5 accurate lives will make a player killer in the sense of this rule. If the killer player exceeds the 5 lives, he/she will not remain a killer; likewise, even someone deducts the lives.

It’s a pretty simple game in darts that is in practice worldwide. Both these games are almost the same. These two games start from different numbers, and that’s a significant difference. In 301, the players take their turns and reduce the number to precisely zero.

Each player takes turns throwing 3 darts on the dartboard. The score is deducted with every player’s turn. Moreover, the players, along with the team, will find out the main focus when the main score will start falling from 171. The 301 also has a score combination checkout along with a specific and different combination of numbers to define the position.

On the other hand, the 501 rules will obviously start from the number itself 501, and the rules mostly resemble the criteria of scoring. The player will get 3 dart throws in which the bullseye will count 50 along with the double/treble count when the dart gets in the ring, respectively.

The numbers on the throw will be calculated, and then the total 501 will start getting reduced. The winner will have to take the number to the 0 without getting lower, which means the exact 0.

Q. What are the rules of darts from basic to advanced level players?

There is nothing simpler than this game. Starting at 501, each player throws 3 darts in turn. Players are given points for each turn, and these are deducted from their total. Counting segment scores would be 50 for the bullseye, 25 for the outer ring, and double or triple for a dart in the triple or double ring.

Q. How is the DART score calculated?

Q. What is the most popular dart game?

Recreational dart players are most likely to play cricket. For the number to be closed, you need to score three of each. To accomplish this, you can score three singles, doubles, and singles, or score a triple.

Q. How do you throw darts with precision?

Keep your elbow up and your eyes on the target so you can throw a dart with precision. While throwing the dart at the dartboard, your upper arm should not move and function like a pendulum. 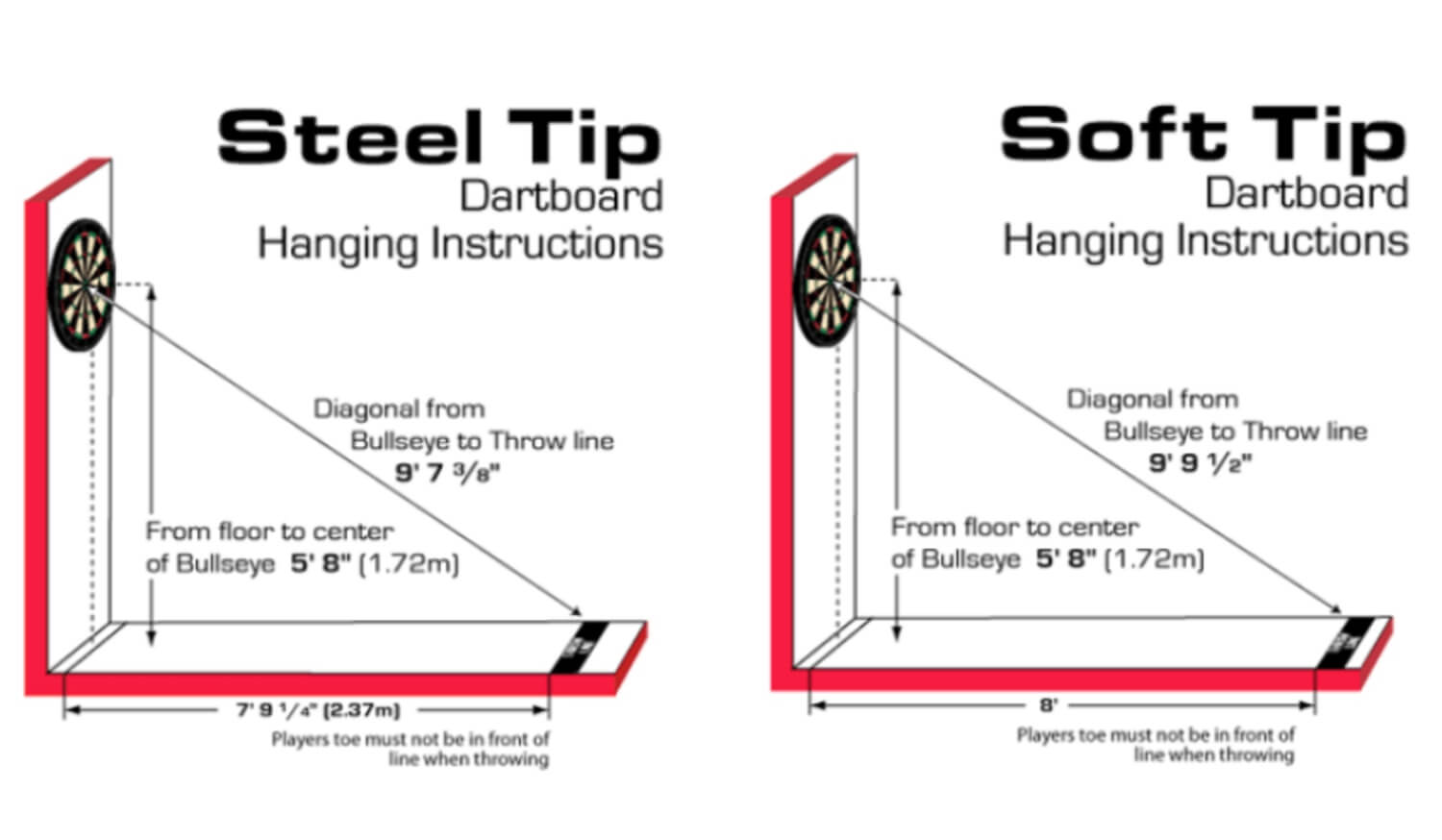 So here are the rules of darts from basic to advanced and proper guidance to cover the minor flaws. By following these mentioned rules and tips, the players can take up their basic game to a professional scoring level. Moreover, we’ve also discussed some difficulties and confusions players faced during some of the various rules.

The rules are very prominent to follow and also assure exclusive fun when you play them with other players. Also, the details of scoring combination and different rule impacts are mentioned here to observe the tactics.