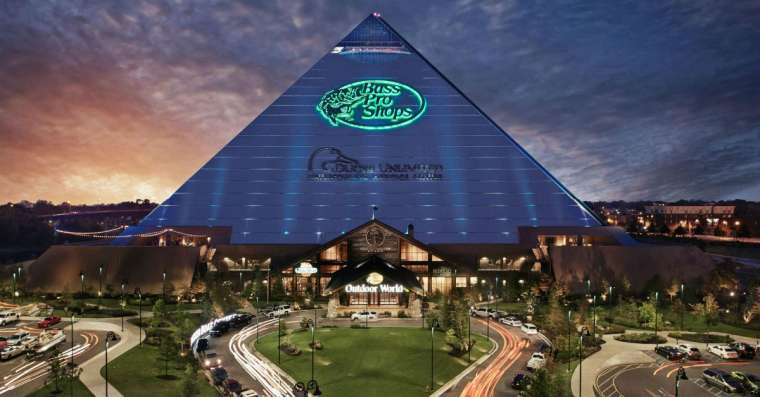 Most big stadiums for special events like World Cup and Olympic Games remained unused after the main events got over. This is mostly because such large-scale stadiums are not needed for regular events. Besides, teams participating in the regular tournaments have their home grounds. Thus, the stadiums lie misused. Let us take a look at the top 10 wrongly built or misused stadiums.

During major tournaments such as the World Cups or Olympic Games, huge investments are made to build or rebuild stadiums. These stadiums are constructed in a way to look good and accommodate all the patrons of the sports, likely to visit the games to be hosted at the stadiums. However, very often, after the events, the stadiums remain unused and abandoned. 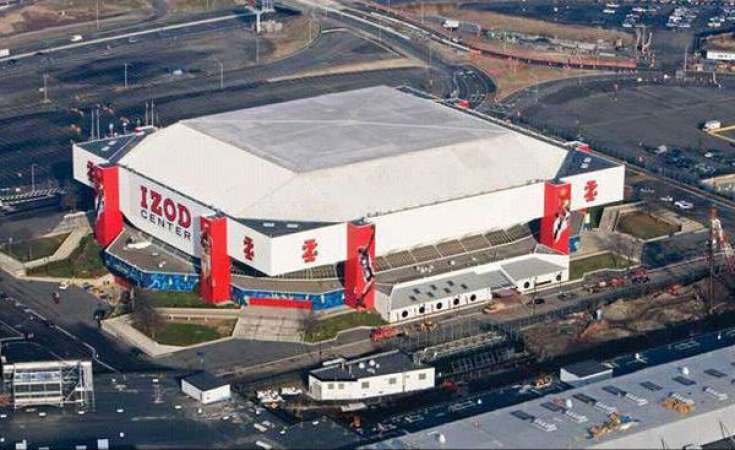 The Izod Center is located in the Meadowlands Sports Complex in East Rutherford, New Jersey, and is an indoor sports and entertainment venue across the highway from MetLife Stadium and the Meadowlands Racetrack.

The stadium was previously also known as Brendan Byrne Arena. IZOD Center was originally constructed as the home ground of the New Jersey Nets. Later the Nets departed for Brooklyn and the ground was last used by Fordham University in the 2010-11 season.

Izod Center is now serving the purpose of the concert venue and general entertainment venue than a sporting venue since the departure of all three of its major tenants.

It is also projected that the stadium will face a loss of nearly $8.5 million in 2015. The stadium is now most likely to be demolished in 2017. It surely deserves its mention as one of the top 10 wrongly built or misused stadiums. 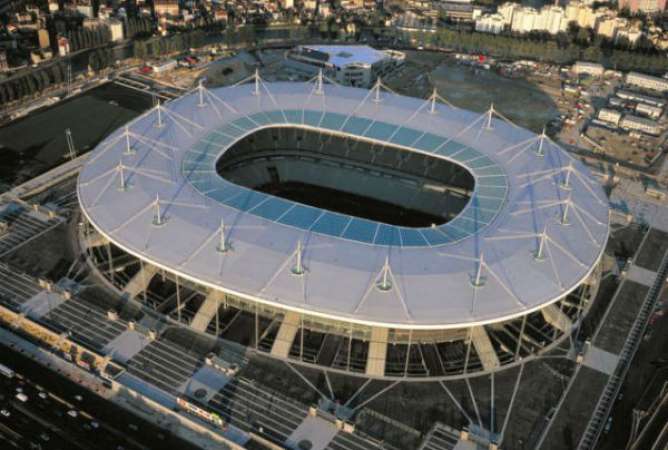 Stade de France is located just north of Paris in the commune of Saint-Denis and is the national stadium of France. It has a seating capacity of 75,000 which makes it the sixth-largest stadium in Europe. Both the France national football team and French rugby union team used this stadium for international championships.

However, the authorities originally built the Stade de France for hosting matches during the 1998 FIFA World Cup. French legend Michel Platini mainly recommended the name of this stadium.

After the completion of the world cup for which it was actually built, the stadium authorities were unable to get any teams to agree to occupy it for home matches.

The French Rugby Federation announced that they would renew its deal to use Stade de France for international rugby matches in November 2010, and later became increasingly frustrated with several aspects of the deal. This one surely deserves the ninth place in our list of the top 10 wrongly built or misused stadiums. 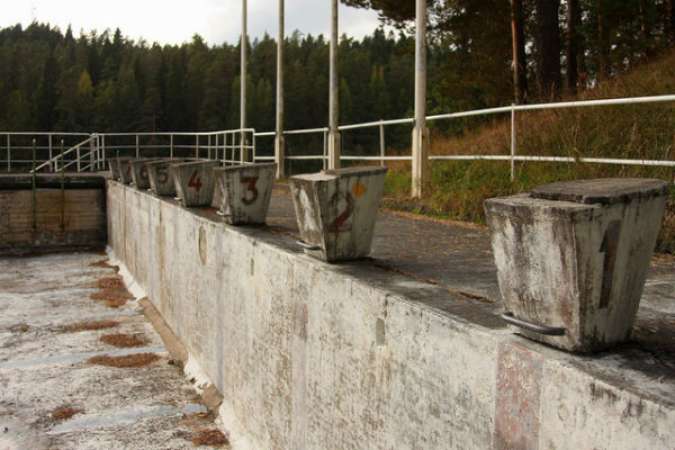 Helsinki Swimming Stadium is an outdoors swimming venue which is located in Helsinki, Finland, in the Eläintarha region, northeast of the Helsinki Olympic Stadium. The stadium was built to be used for the Olympic Games, back in the year 1940.

However, the event got canceled, because of the Second World War. In fact, it was because of the war that the Swimming Stadium took a long time to be constructed. The authorities finished the construction of the stadium in 1947.

During the time of the war, the finished pools were utilized for storing herring, as well as for root vegetables. But, the venue did not go unused for sporting uses. This stadium hosted the Olympic Games four years later in the year 1952.

The area now has a water slide, a gym, a basketball field, a volleyball field, a table tennis table, and a café, with the gym opened all year round. Without any doubt, this one deserves its mention among the top 10 wrongly built or misused stadiums. 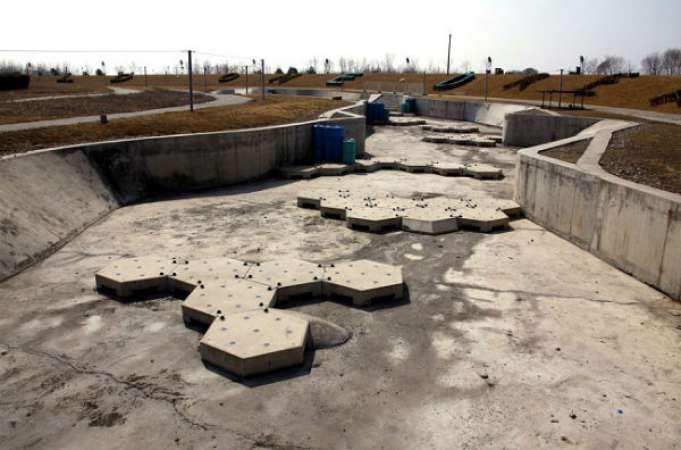 Rowing and Canoeing Park & Baseball Stadium is located in Beijing, China. The government built this stadium with an investment of $40 billion. But, it only took six years after Beijing hosted the Olympics for the stadium to turn ghostly.

It lies, lifeless and alienated, resembling a skate park under construction, with absolutely nothing going on inside it, except for tall grass growing and filling the place up in an eerie manner.

The operations of the venue have remained suspended since 2012. The main reason behind the venue going out of order and turning into a useless place with no activity going on is because of financial troubles.

The stadium is good enough to be used by the Chinese Baseball League, with the teams returning to play for the new season. It would be good to see the venues turn into public parks. This stadium surely deserves seventh place in our list of the top 10 wrongly built or misused stadiums. 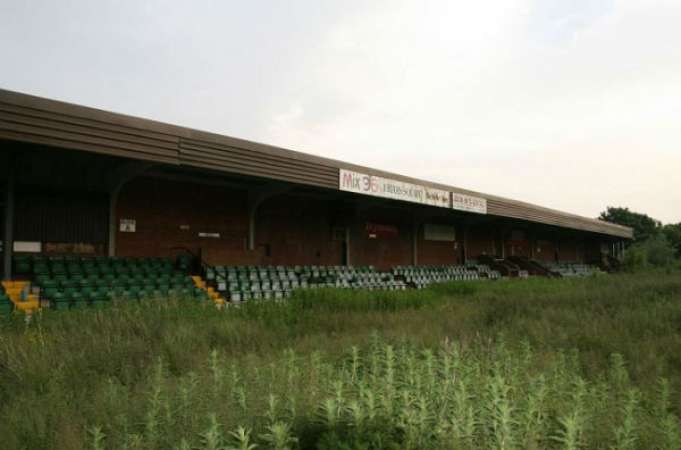 Ben Williams now manages Aylesbury United. Buckingham Road Stadium, which was once a site for many thunderclaps by the fans is now, become a site where vegetation is overtaking the pitch as well as the 6,000-seat stands.

The total mishap of this stadium happened due to the negligence of authority. And, also because it has no permanent tenant to bear the expenses. This one surely deserves its mention among the top 10 wrongly built or misused stadiums. 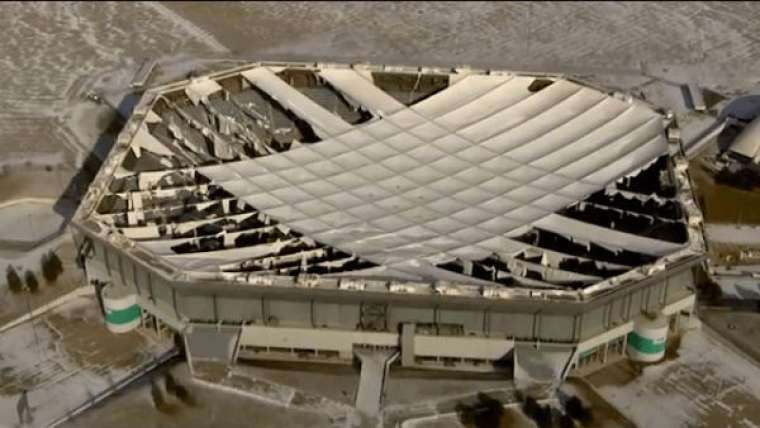 Located in the city of Pontiac, Michigan, fans formerly know this stadium as the Pontiac Silverdome. The authorities opened this stadium for the public in 1975 as the largest stadium in the National Football League. It has a coverage area of 127 acres. Silverdome was first closed in 2006.

The stadium doesn’t have any permanent tenants after the Detroit Lions moved to Ford Field from this stadium in 2001. The city authority sold the stadium after several unsuccessful redevelopment plans at auction in 2009.

The authorities auctioned its contents including seats and fixtures in May 2014. They also didn’t announce future development plans since then.

According to the reports, Silverdome stadium mainly faced serious financial problems after Lion’s departure due to its high maintenance cost. Besides, this one deserves its mention among the top 10 wrongly built or misused stadiums.

Located in downtown Memphis at the banks of the Mississippi River, the authorities originally made the  Memphis Pyramid a 20,142-seat arena. They initially named this stadium the Great American Pyramid.

A statue of Ramesses the Great stood in front of the Pyramid for several years. The authorities made it from a mold of the actual Ramesses statue in Egypt. The statue however later moved to Memphis University’s main campus in April 2012.

The authorities recently converted the Pyramid Arena into a Bass Pro Shops “megastore”, a hotel, restaurants, a bowling alley, and an archery range. It surely deserves its place among the top 10 wrongly built or misused stadiums. 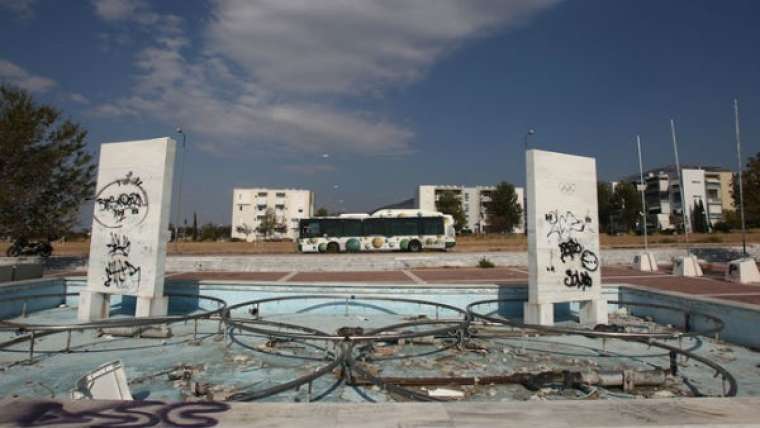 The government originally built this stadium to host events of softball competitions during the 2004 Summer Olympics in Athens. They planned to have 4,800 seats in the main softball field. However, they completed only 3,400 seats during the Olympics.

The stadium complex has a main softball stadium and 2 warm-up fields nearby. The authorities opened this stadium for the public on 30 July 2004 after they completed the construction on 29 February 2004.

The stadium never hosted any further softball matches since the end of the 2004 Olympic Games. One of the officials once stated about the scenario that “The softball [stadium] is in perfect working order.

The authorities didn’t abandon it. It’s just that nobody ever plays softball”. This one surely deserves its mention among the top 10 wrongly built or misused stadiums. 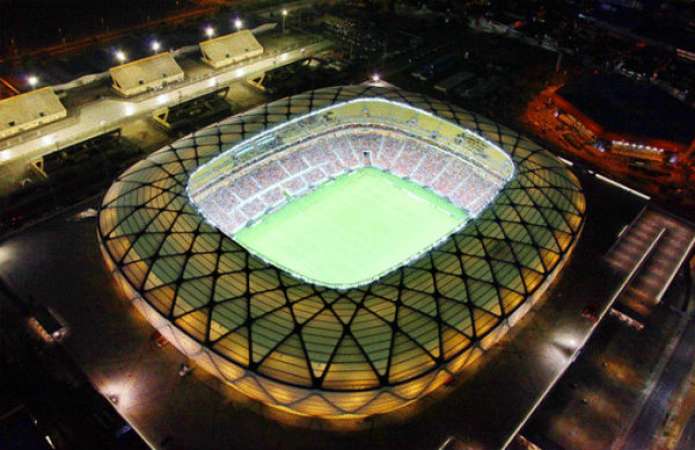 The Manaus authorities built this stadium on the former site of the Vivaldão stadium in Manaus, Amazonas, Brazil.  They constructed this stadium from 2011 to 2014 to host matches of the 2014 FIFA World Cup hosted by Brazil.

The Amazonas State Government paid 25% of the construction cost. And, the Brazilian Development Bank paid the rest 75%. Before official matches started at this stadium, England Manager Roy Hodgson criticized the stadium.

He said that the extreme heat of Manaus would make it difficult for players to achieve maximum performance. Arena da Amazonia Stadium hosted just four FIFA World Cup matches before it finally closed its gate for further uses.

As a fact, three people died during the construction of this stadium because of incredibly humid conditions. This stadium definitely deserves its mention among the top 10 wrongly built or misused stadiums. 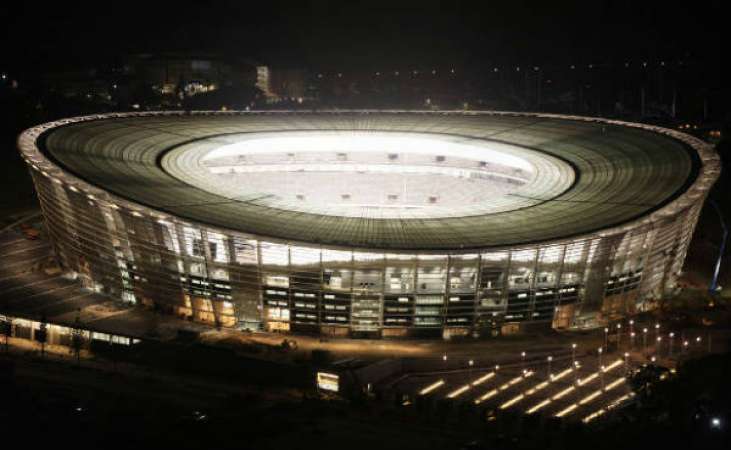 Located in Cape Town, South Africa, Cape Town Stadium surely deserves the top place among the top 10 wrongly built or misused stadiums. Authorities originally built this stadium to host matches of the 2010 FIFA World Cup. Authorities named it the Green Point Stadium during the planning stage of the stadium. Cape Town Stadium originally had a seating capacity of 64,100 during the 2010 FIFA World Cup.

But, authorities later reduced it to its current capacity of 55,000. The stadium was built by the South African construction contractor Murray & Roberts and is surrounded by a 60-hectare urban park.

After its use during the world cup, the stadium now mainly hosts private functions. The income from the stadium itself barely covers any of the expenses as the operating costs are rising rapidly.

The estimated loss of this stadium is nearly $6 to $10 million a year. Moreover, gusts of wind caused advertising scaffolding to collapse onto a crowd. That incident injured 19 people and took the life of an audience on 7 November 2012.

For instance, during the FIFA World Cup 2014, which was hosted by Brazil, the enormous amount of money spent on the stadiums and other arrangements was hugely criticized, particularly because of the financial condition of the people in the country. And, we hope that you liked our list of the top 10 wrongly built or misused stadiums.

Q. Which is the smallest stadium in the world?

It is widely accepted that Eden Park in New Zealand is the smallest international cricket stadium in the world. Eden Park’s square boundary is about 69 meters away from the block’s middle (or pitch drop).

Q. Are there any multipurpose stadiums left?

Q. Which is the largest abandoned stadium in the world?

Prague’s Strahov Stadium is the world’s largest abandoned stadium. Defunct stadiums are those that have ceased to be in use in addition to old stadiums that are no longer in use.

Q. Why did dual-use stadiums fail?

There were several reasons why it failed, including poor fan experiences for both sports. The high costs of maintaining two separate and distinct sports with different requirements are also the reasons. The idea was attempted but unsuccessful.