American wrestler Amanda Rose Saccomanno, famously known by her ring name Mandy Rose, currently participates in WWE. She mainly participates in the SmackDown segment of World Wrestling Entertainment. Besides, she has also made her name as a fitness model and television personality. She started her career as a professional fitness competitor in 2013. And since her debut, she made a huge sensation in the fitness circuit. After finding success in the fitness industry, Mandy moved to bodybuilding in 2014. She then took part in Tough Enough, a WWE competition, and achieved second place. Shortly after, she signed a full-time contract and started to appear in the show ‘Total Divas’. She then made her debut in NXT in 2017 and quickly became a regular wrestler on the main roster. She now has her own tag team called ‘Fire and Desire’ with her partner Sonya Deville. 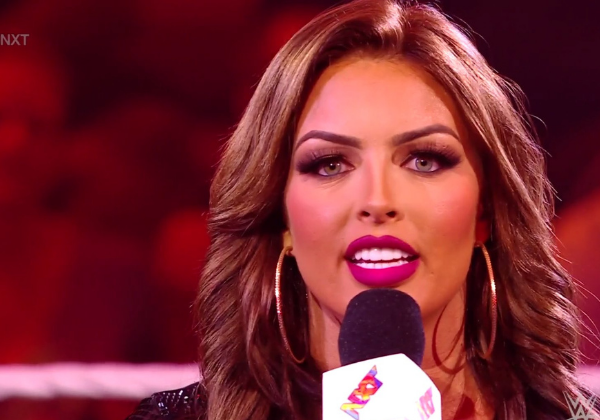 She participated in the sixth season of ‘WWE Tough Enough’, a leading show of WWE, in June 2015. During that time, she adopted her ring name ‘Many Rose’. She failed to win the match in the season finale and placed second overall. Shortly after, she signed a five-year contract with WWE. She then made her debut in NXT, a development territory of WWE, on 30th January 2016. She participated in a six-woman tag team match in Venice that night.

Mandy made her debut on television in a six-woman tag team match on NXT on 17th August 2016. She failed to win that match against Nikki, Liv, and Carmella that night. Shortly after, she made her debut as a solo contestant against Ember Moon on 28th September that year. She then made her debut in WWE RAW with her teammates Paige and Sonya Deville and faced the team of one of the hottest divas in WWE, Sasha Banks.

Many made her debut in the main roster of WWE as a member of ‘Team Absolution’ on 19th December 2016. Her team defeated the team of Bayley that night. She then participated in the first women’s Royal Rumble match in WWE history on 28th January 2018. However, she became the first wrestler to eliminate from that match. She then made her debut in WrestleMania 34 against Naomi. 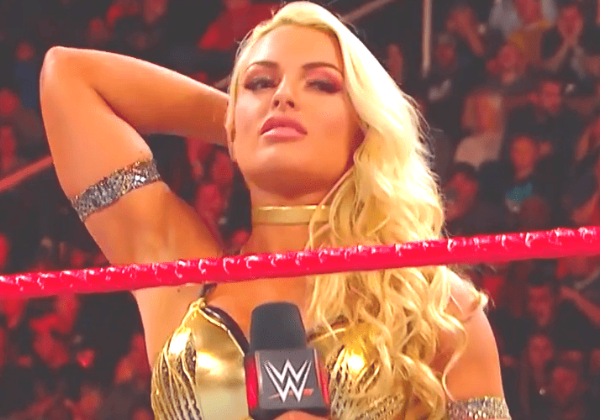 After Paige decided to leave Mandy and dissolve their tag team called Absolution, Mandy made a new bond with Deville. They then made their debut in SmackDown in the Superstar Shake-up of 2018. Mandy then eliminated Deville in the first-ever all-women pay-per-view event in the WWE Evolution. That match started a new rivalry of Mandy with her partner Deville. Shortly after, she became a rival of Naomi.

Naomi, on the other hand, defeated Mandy in the women’s Royal Rumble match on 27th January 2019. However, that match lasted for nearly 26 minutes. The very next month, she and Deville participated in a pay-per-view six-team match on 17th February 2019. That match was actually an ‘Elimination Chamber’ match to select the title holder of the WWE Women’s Tag Team Championship.

Later that year, Mandy created her tag team called ‘Fire and Desire’ with her long-time partner Deville. They then faced Nikki Cross and Alexa Bliss in the ‘Clash of Champions’ match on 3rd September 2019. Mandy and Deville won the match and became the Women’s Tag Team Championship winner. Shortly after, she entered a romantic storyline with fellow WWE wrestler Otis in December 2019. 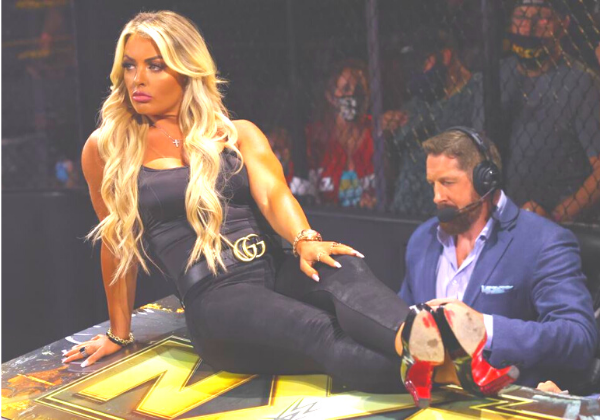 She came into the fitness industry with her appearance in the World Bodybuilding Fitness & Fashion Boston Show way back in 2013. Mandy then participated in the 2014 World Beauty Fitness & Fashion contest and became the Bikini Champion. Besides active bodybuilding, she also practices Yoga, CrossFit, and pilates on a daily basis. And since 2013, she became one of the best female bodybuilders the USA has ever produced.

Starting from 2013, Mandy started to feature in various fitness-oriented magazines that also include famous publications like ‘Fitness Gurls’, ‘FitFemme’, and ‘Fit & Firm’. She then moved from the bodybuilding industry to the wrestling industry after her selection in the fifth season of ‘Total Divas’ in January 2016. Many also appeared in several WWE games and became playable characters in WWE 2K19 and WWE 2K20. 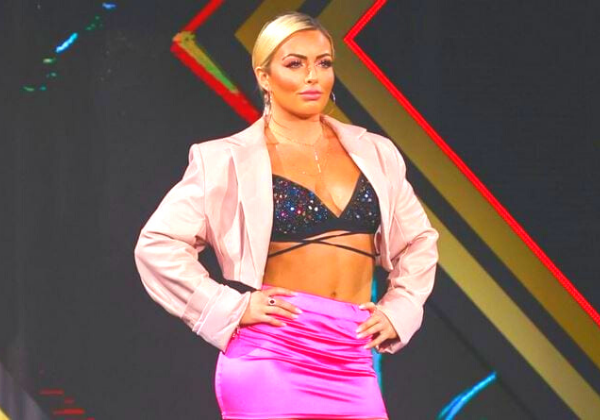 Born on 18th July 1990, Mandy Rose aka Amanda Rose Saccomanno was interested in sports since her childhood days. She has mixed Italian ancestry and grew up in the New York City suburb of Westchester County. Mandy was the youngest of four children of her father Rich Saccomanno and her mother Mary Saccomanno. She was nicknamed ‘Hamburgers’ during her childhood days. She went to Yorktown High School followed by her graduation from Iona College. 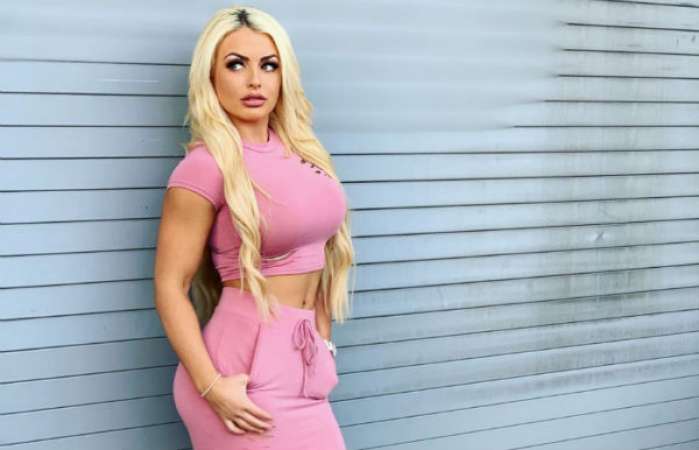 Mandy started dating fellow WWE wrestler Sabatino Piscitelli, famously known by his ring name Tino Sabbatelli, since April 2018. But, that relationship didn’t come to the public since then and she entered a romantic storyline with another WWE wrestler Otis in December 2019. Otis helped her to win a match that month after which she agreed to go on a valentine’s date with him. However, Dolph Ziggler appeared on that date in Otis’s place.

Soon, a new romantic storyline between Mandy and Ziggler started which then turned into a love triangle between Many, Otis, and Ziggler. Shortly after, Deville started helping Ziggler to keep Mandy away from Otis in that storyline since April 2020. However, she entered a match between Otis and Ziggler in WrestleMania 36 on 5th April 2020. Otis won the match and continued his relationship with Mandy. 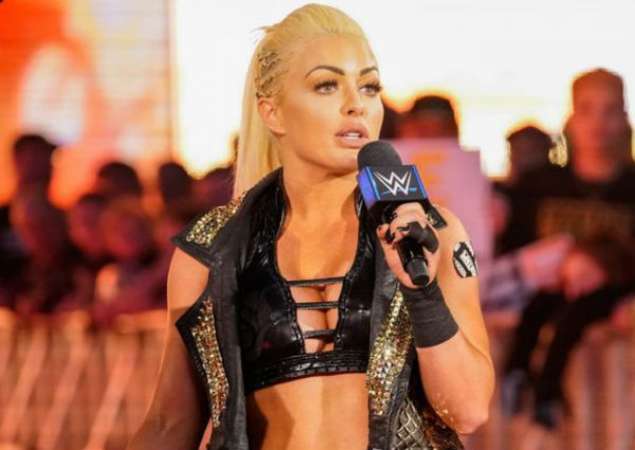 According to the recent financial reports, the current net worth of Mandy Rose is estimated to be around $13 million as of 2023. Besides her appearance feed and salary from WWE, she also endorses several fitness magazines. She also makes a good amount of money for her public appearances as well as for her features in popular bodybuilding magazines such as FitFemme and Fitness Gurls.

Q. Who is Mandy Rose?

A. Mandy Rose is an American wrestler and fitness model currently signed with WWE (World Wrestling Entertainment). She mainly performs in SmackDown and Total Divas. Besides her career as a professional wrestler, she also works as a fitness model appearing in several bodybuilding magazines.

Q. Who is Mandy Rose dating?

A. Mandy Rose is currently dating her long-time boyfriend and fellow WWE wrestler Sabatino Piscitelli, better known by his ring name Tino Sabbatelli. However, she is currently in a romantic storyline with another WWE wrestler Otis. But, they don’t really have a real relationship outside the ring according to inside reports.

Q. How old is Mandy Rose?

A. Mandy Rose is 32 years old as of 2022. She was born on 18th July 1990. She grew up with her parents, Rich Saccomanno and Mary Saccomanno, in the Westchester County of New York. However, she currently lives in Yorktown Heights.

Q. How tall is Mandy Rose?

A. Mandy Rose is 5 feet 4 inches (1.63 meters) tall. Although she is not much tall in comparison with other wrestling divas of WWE, she covers it with her amazing wrestling skills. Besides her ground moves, she is also great during her agile areal moves.