Ice Hockey, one of the most popular sports in the world, is a highly aggressive and physical sport. It is a great thrill and excitement to watch the games of this sport as the players rush along the ice, shoving and pushing, making a lot of body contact, and all charging toward the goalposts while being obstructed by the opponents.

While some shout or scream, some even end up hurting the other players, earning themselves a reputation as notorious and dangerous players. So, let us take a look at the 10 most dangerous NHL players.

It is imaginable how highly enthused the players must be, being part of the games when the audience members are the ones who find the excitement almost palpable. As a result of all the high levels of adrenaline, many of the players lose their calm and become highly aggressive. 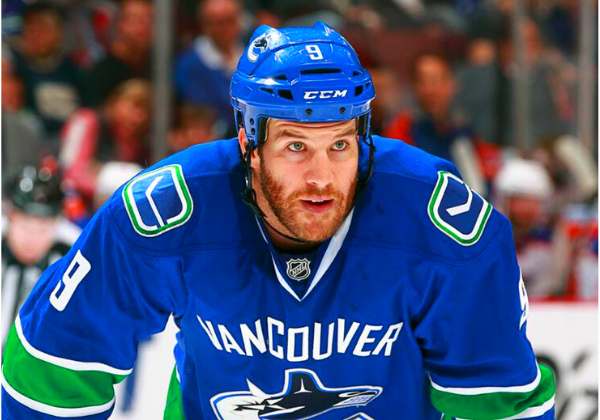 Brandon Raymond James Prust is the current coach for the London Knights of the Ontario Hockey League. He last played in the National Hockey League for the Montreal Canadiens.

He signed a 4-year contract worth $10 million with the Montreal Canadiens on July 1, 2012, and became a free agent in 2016. Brandon Prust’s net worth is US$11,881,098 (US$14,018,122 in today’s dollars). Brandon was suspended for two games for hitting Rangers forward Derek Stepan during the first period of Game 3 during the 2014 Eastern Conference Finals against the New York Rangers.

The incident caused Derek Stepan a broken jaw, for which he missed Game 4. He is one of the only seven players to score at least 10 goals and engaged in at least 10 fights.

Brandon was voted by the fans as he “goes above and beyond the call of duty” and received the Steven McDonald Extra Effort Award in the 2010-11 season. 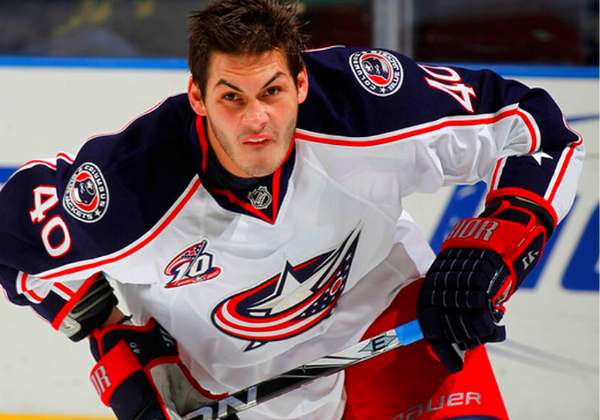 American professional ice hockey forward Jared Rittenhouse Boll last played as an alternate captain with the Anaheim Ducks of the National Hockey League. He is reputed for his role as an enforcer.

He started as a member of the Columbus Blue Jackets in the 2007–08 season and scored his first NHL goal against the Phoenix Coyotes on October 10, 2007.

His offensive fight with Detroit’s Jordin Tootoo showed some of his fighting skills on ice and went viral on the net as it is counted among the hottest brawls of the National Hockey League history. 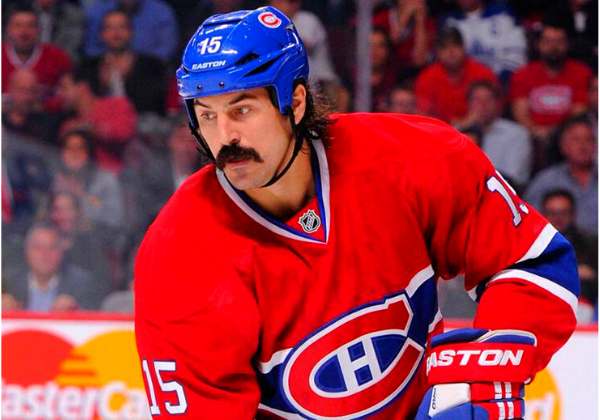 Moreover, he is also well-known as an enforcer on the ice. Besides his offensive skills, fans also regard him for his large mustache. He said it was inspired by musician Sean “Greazy” Bryan.

“George Parros Mustaches” are also sold at the team store of Anaheim Ducks inside the Honda Center. George received a boxing lesson while playing for the Reading Royals of the ECHL. George Parros’ net worth is $7 Million.

And that boosted his credibility as an enforcer of the team. As a trivia, he scored his first career goal on the same night as Gordie Howe’s hat trick on October 20, 2005. 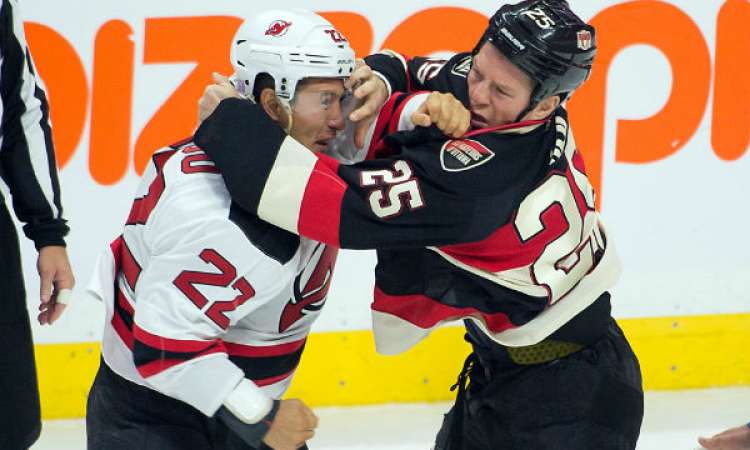 He did that while giving him the responsibility as the “team enforcer”. Chris then also became the resident enforcer for the Senators for the past fifteen years.

He is quite well-known for bringing much more than boxing skills to his team. Due to their seeming expandability, the enforcer role has quite a bit of turnover.

But in 2007, Chris was asked to take on the role of full-time enforcer. Chris then takes a backseat to his peacekeeping duties which further provoked his offensive production to take the lead. 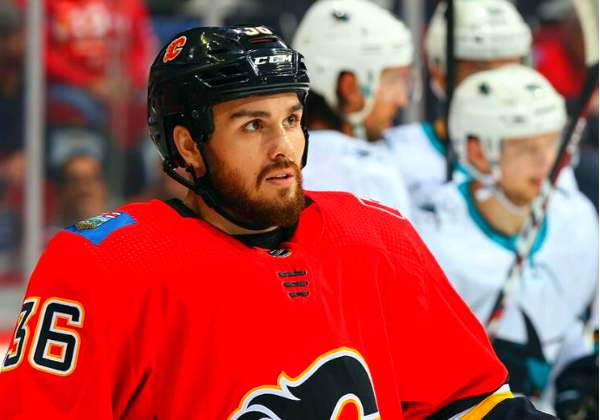 Canadian left winger Zac Rinaldo now plays in the National Hockey League for the Nashville Predators. He signed a two-year contract extension with the Philadelphia Flyers on April 17, 2013, worth $1.5 million.

Despite having more suspensions than goals scored, with 4 suspensions and 3 goals for the Phantoms, Zac made his NHL debut against the Buffalo Sabres in Game 5 of the first round of the 2011 Stanley Cup on April 22, 2011.

He has a size that puts him on the smaller side. Memorable Rinaldo’s sucker punch on Girard, the Arizona Coyotes forward finds himself ejected, and a brawl ensues. However, he has already earned his reputation as a bulldog for his team when he drops his gloves.

Fans also note him as the resident fighter for the Flyers for the last few seasons. Besides, he stuck to his teammates like a good enforcer. 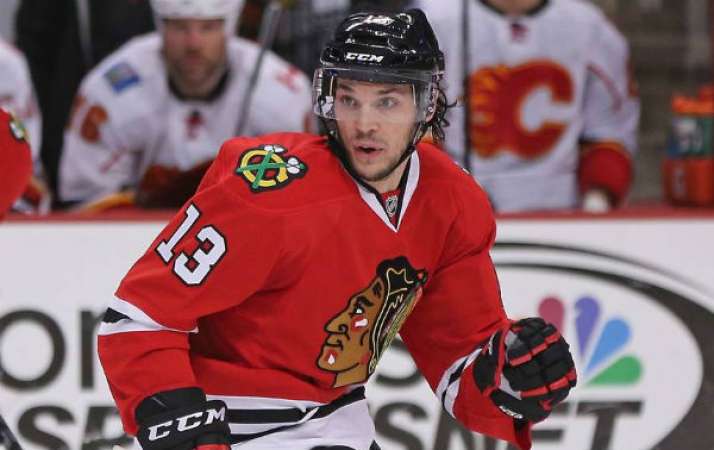 He made no bones as a flyer in 2010 about his wish to engage in the first fight in Winter Classic history. Dan made it possible by going toe to toe with Boston’s Shawn Thornton.

NHL accused him of using physical force during the 2014 Stanley Cup playoffs. He had a clash with a linesman while the official escorted him to the penalty box on 23rd May 2014. 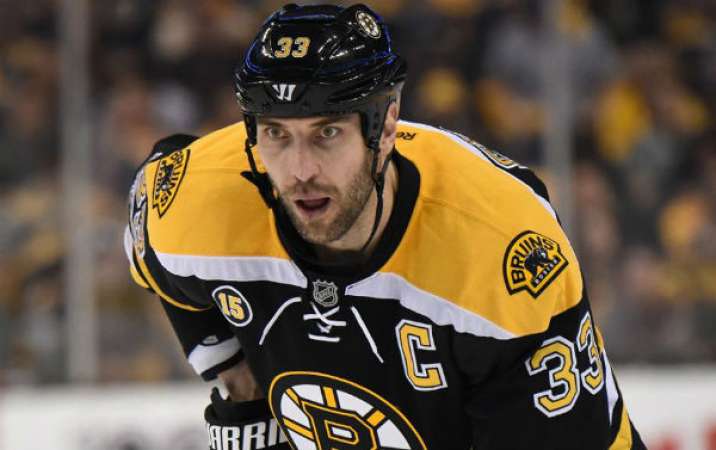 Slovak defenseman and one of the hottest ice hockey players, Zdeno Chára, now serves as the captain of the Boston Bruins of the National Hockey League. While playing for the Bruins, he received the James Norris Memorial Trophy for the 2008–09 season.

With his 6-foot-8-inch height, he is the tallest player ever to play in the NHL. Besides, he is also the second European-born captain to win the Stanley Cup.

The impact of his head caused Max a non-displaced fracture to the 4th vertebra and a severe concussion. Besides Zdeno’s fighting ability, he is well-known for his hardest slapshot. He recorded 108.8 miles per hour slapshot at the 2012 All-Star Game weekend. Zdeno chára current teams are New York Islanders, Sparta Praha Dukla, Trenčín Ottawa Senators, Färjestad BK Boston Bruins, Lev Praha, and Washington Capitals. 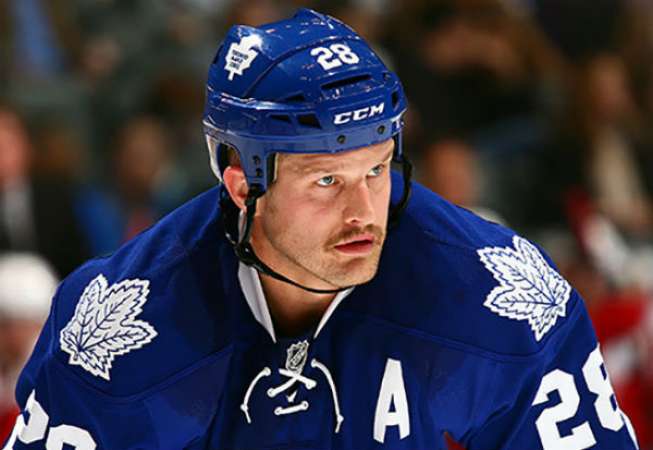 NHL fans still note Canadian professional ice hockey player Colton “Bob” Douglas Orr as an enforcer for his physical style of play. He last played for the Toronto Maple Leafs of the National Hockey League and is one of the most dangerous NHL players.

Besides, he also played for the Toronto Marlies of the American Hockey League. Toronto Maple Leafs re-signed Colton on a two-year contract worth $1.85 million on June 13, 2013.

Colton was engaged in a fight with George Parros while playing for the Toronto Maple Leafs against the Montreal Canadiens on October 1, 2013.

During a 2006 game, he punched Alex Ovechkin in the face, which led him to a five-game suspension. He then tangled with George Parros in 2009 and suffered a concussion. 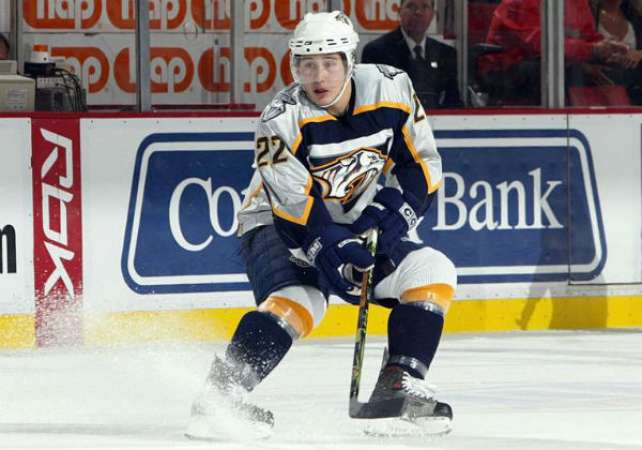 Canadian former hockey player Jordin Tootoo last played for the Chicago Blackhawks of the National Hockey League. He previously also played for the Detroit Red Wings and Nashville Predators. Right now, he is one of the highest-paid ice hockey players in the world.

After he attended the training camp on a tryout basis for the New Jersey Devils, he signed a one-year contract on October 7, 2014, with the team. Jordin punched Dallas Stars’ defenceman Stéphane Robidas in the face during a match on March 17, 2007.

The punch led Stéphane to the unconscious, and he suffered a concussion. The incident led Jordin to a five-game suspension without pay.

Jordin again hit the head of Phoenix Coyotes’ Daniel Winnik with his shoulder on October 11, 2007. Columbus Blue Jackets forward Derek Dorsett also accused him of throwing a sucker punch during a match on February 20, 2013. 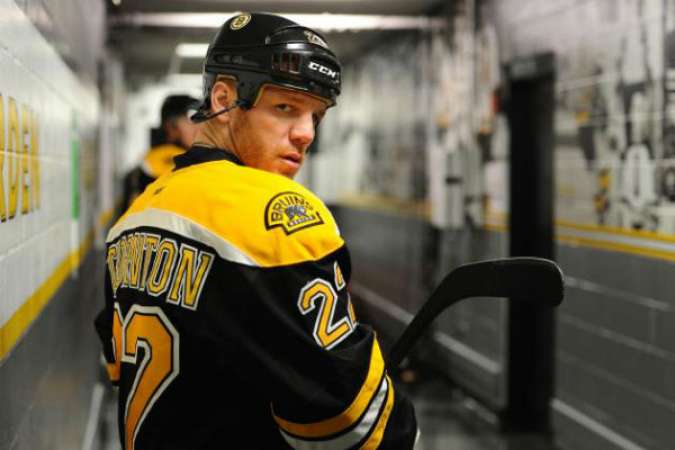 Canadian professional ice hockey forward and one of the most dangerous NHL players, Shawn Thornton, last played in the National Hockey League for the Florida Panthers. He signed a three-year contract worth $1.5 million with the Boston Bruins.

He signed that contract after he became an unrestricted free agent on 1st July 2007. Peter Chiarelli, Boston Bruins’ General Manager, announced that after 7 seasons with the Bruins, Shawn would not be re-signed on June 16, 2014.

Shawn then signed a two-year contract on July 1, 2014, with the Florida Panthers. He is well-known for taking on opposing teams’ toughest men, such as Georges Laraque and Donald Brashear.

Shawn punched Pittsburgh’s Brooks Orpik from behind that, which led him to unconsciousness in 2013. And for that, Shawn received a suspension from fifteen games.

While it is understandable that very often, when the players do not get the result or score that they hope for, they lose their temper, the fact is, when players end up fighting, they destroy the spirit of sportsmanship, and they also tarnish the reputation of the entire sport. Besides, it is often seen that they end up missing many of the games due to suspensions.

Many times, their names are associated with anger and aggression, and their valuable contributions to the sport are forgotten. And now, we hope that you liked our list of the most dangerous NHL players in the world.

FAQs Regarding Most Dangerous Players

Q. Who is the most violent player in the NHL?

Lazarus “Larry The Rock” Zeidel was a Canadian professional ice hockey defenceman, most notably with the Hershey Bears of the American Hockey League for nine seasons and with the Chicago Black Hawks and the Philadelphia Flyers of the National Hockey League.

Q. Who is the toughest enforcer in NHL history?

Tiger Williams was the most feared fighter in NHL history, spending over 4,400 minutes in the penalty box. During his 18-year NHL career, Williams played for four teams at 5’11” and 200 lbs.

Q. Which player in the NHL is the dirtiest?

The NHL doesn’t care about player safety, or you’re a Capitals fan. He has broken jaws, concussed opponents, and earned multiple suspensions over the years.

Q. Which player is the most hated in the NHL today?