American Football or Gridiron, with millions of college participants, is surely the most participated college sport in the world right now. Basketball and association football or soccer also deserve their mentions among the most popular college sports in the world, especially in the United States and other tier-1 countries.

There are some well-known schools and colleges which are more known for their excellent sports teams. While some sports are not so popular at the college level, other sports are hugely popular among youthful athletes. Here is a list of the top 10 most popular college sports. Let’s take a close look.

Sports are best performed by the youth because it is during the youth that people have the fitness and flexibility to perform the best, and they are at the peak of their form. That is why some of the freshest talents are found in schools and colleges all around the world. 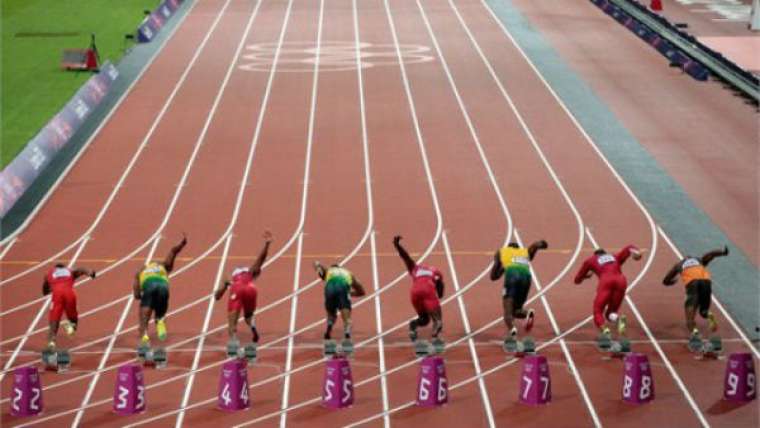 Track and field is one of the top 10 most popular college sports, including many different events that involve the competition of individual athletes in separate events as well as combined ones. The US is well known for setting world standards quite frequently in different disciplines of track and field for male and female athletes.

The US is home to track and field sponsored by schools. This is a tradition in which most schools send students from the middle school level through college to feature in a track and field team.

High school track and field in the US offer a stunning development for the creation of a big talent pool of athletes in the country. Since many US athletes satisfy the Olympic norms, the country holds national trials as a process of selection of the best. 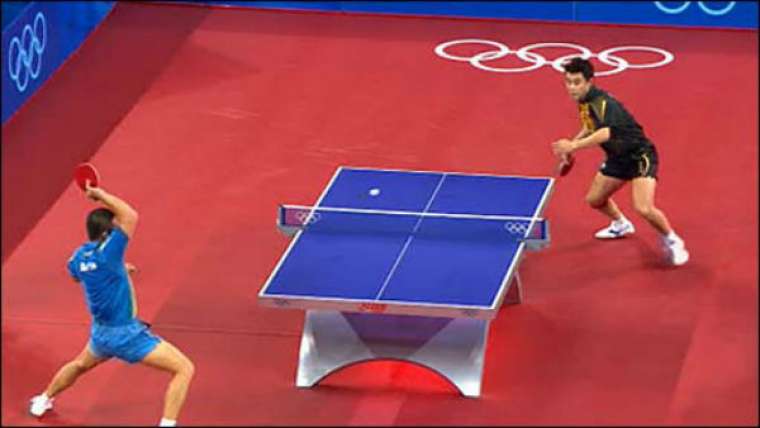 Table tennis is a hugely played indoor sport and is counted as one of the top 10 most popular college sports in Southeast Asian countries. ITTF currently governs this sport since its inclusion in Olympics in 1988.

In 1921 the Table Tennis Association was formed in Britain, followed by the International Table Tennis Federation in 1926, the same year during which the official World Championships was held for the first time in London.

In 1933, the United States Table Tennis Association, now known as the USA Table Tennis, was founded. There are several professional competitions at club levels, like the national league of countries like China, Germany, France, Belgium, and Austria, as well as international club team competitions. 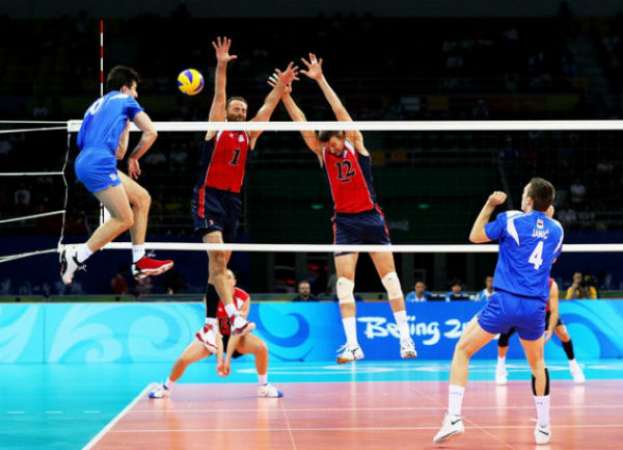 Volleyball is a notable sport in the US, mainly at the levels of college and university, and is among the top 10 most popular college sports. Most Olympic sports get several sponsors at the collegiate level for both sexes. However, popular media dramatically promoted this sport as a women’s game. Volleyball is an NCAA sport, mainly for women.

In the academic year of 2013-14, 1064 NCAA member schools, of which 329 were in top-level Division I, sponsored volleyball for women at the varsity level, and there were 16,647 participants across all three divisions.

109 schools in the three divisions sponsored varsity volleyball for men, with 23 teams in Division I. Beach volleyball’s popularity is rising, too, in the US, with college volleyball teams sanctioned in 2012 for the first time. Tennis is a racquet sport played between two single individuals or two teams of two players each. It is not only a popular Olympic sport but also played at different levels of society by millions as a recreational sport.

The four Majors or Grand Slams are hugely popular around the world. The International Tennis Federation conducts a junior tour to let juniors establish a world ranking and ATP or WTA ranking.

Most of them enter progress through ITF, Satellite, Future, and Challenger tournaments to the international circuit, though some juniors have reached the ATP tour directly from the junior tour by dominating the junior scene or taking advantage of the chance to partake in professional tournaments. 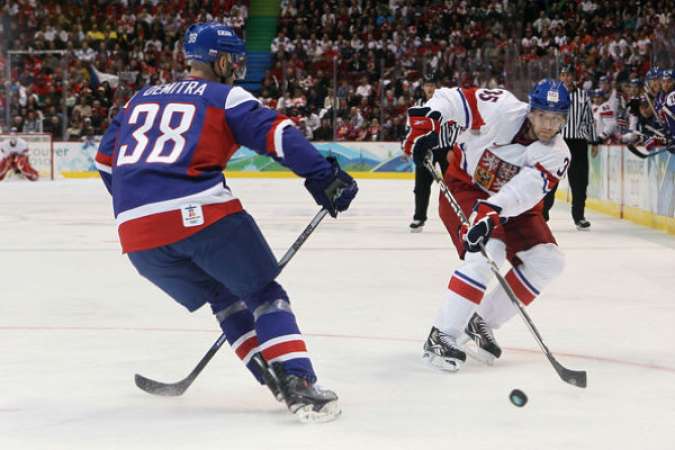 Ice hockey is one of the most widespread winter sports. The NHL is the major professional hockey league in North America. NHL, the most important league of this sport, may not be as popular as the NFL, MLB, and NBA, and the players are not as popular.

But its average attendance is steadily increasing. College hockey has a regional following, mainly in the northeastern and upper midwestern US, and plays a huge part in developing players for NHL and other professional leagues, just like junior ice hockey does in Canada.

The United States Hockey League and North American Hockey League are more restricted to protect junior players’ college eligibility. The Frozen Four is the national championship in college ice hockey. It now also holds its place among the top 10 most popular college sports. Besides, it is now also considered one of the richest sports in the world in 2023.

5. Baseball – Best Sports to Get into College Baseball, as well as its variant, softball, is a popular participatory sport in the United States. Major League Baseball is the highest-level tournament in this sport. The lowest levels of professional baseball serve mainly as a development system for the most inexperienced prospects of the sport, and the absolute bottom, i.e. the rookie leagues, occupy the spring training of the major league squads.

Some limited independent professional baseball also exists. Outside minor leagues, there are collegiate summer baseball leagues, occupying towns even smaller than those at the lower end of minor league baseball.

In summer baseball, an amateur exercise, players play without payment to remain eligible for college baseball in spring, making it one of the top 10 most popular college sports. 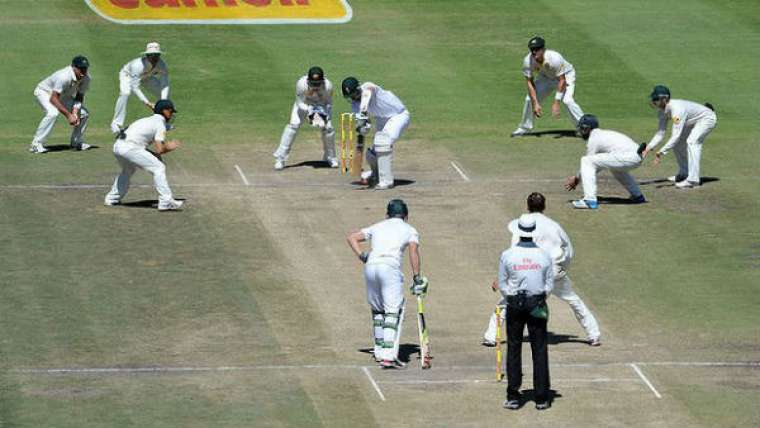 Cricket, though not very popular in the US, is one of the most popular college sports in the Commonwealth countries. School and college-level cricket are quite popular in South-Asian countries. And most schools and colleges have their teams.

Historically, it was the most popular in America during the 18th and nearly 19th centuries. The first intercollegiate tournament taking place in America is a Cricket Tournament. But baseball later replaced it during the 20th century.

The U.S. vs. Canada cricket match in the 1840s, attended by 10,000 spectators, is the oldest international sporting event of today, as it pre-dated modern Olympics by almost 50 years. In 2010, the United States Youth Cricket Association was formed to develop an interest in cricket among the youth. 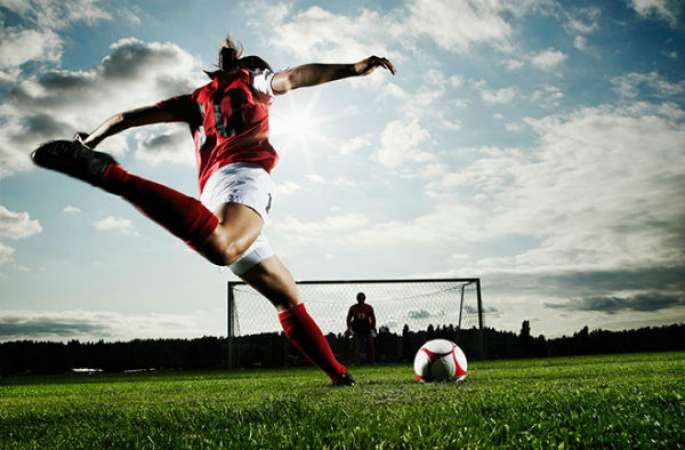 College soccer is most common in the US and is also counted among the top 10 most popular college sports. Institutions in countries like Canada and South Korea hire full-time professional coaches and staff. However, they don’t usually pay student-athletes.

In the US, there are many collegiate athletic associations like NCAA, NAIA, the NCCAA, and the USCAA. They also have the National Intramural and Recreational Sports Association for schools. These associations have collegiate club teams but no collegiate programs.

During the college soccer “draft” after the NCAA college season, the Professional US Clubs can choose to draft talented college players to the professional leagues directly. Some of the top American college soccer players also represent separate teams in the PDL in the summers. 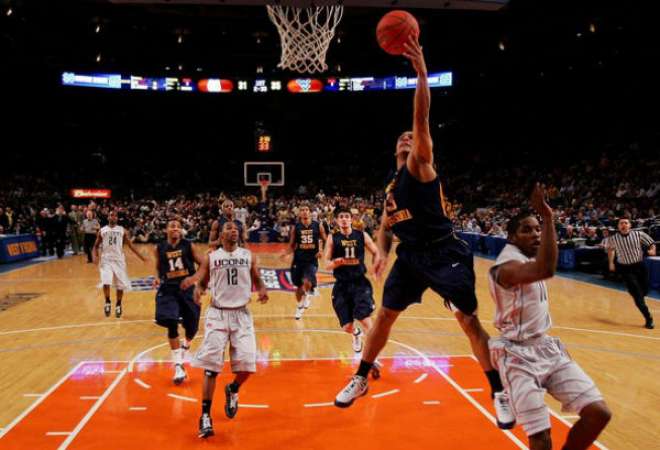 According to the National Sporting Goods Association, basketball holds the second spot in the top 10 most popular college sports among Americans. Now, more than 26 million Americans regularly participate in this sport.

Basketball is popular at both college and high school levels. Every March, a 68-team tournament, commonly called March Madness, decides the NCAA Division I men’s college basketball champions. Most U.S. states declare champions among high schools, many of which have an intense fan following. 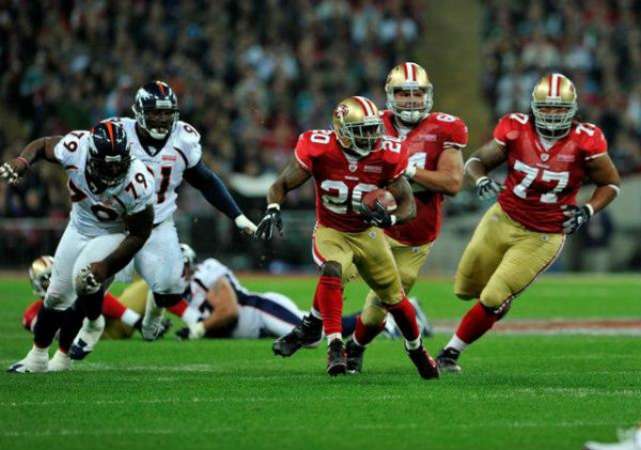 American football, known simply as football in the US, is played at the school and college levels. It now holds the top place among the top 10 most popular college sports. It now has the greatest number of participants in all sports. This shows college football’s popularity among students.

The NFL is the preeminent league in this sport in the US. And college football has a rich history, predating NFL by many decades. It has millions of viewers during the fall months. The high school games appear on Fridays and Saturdays, and college football on Saturdays. Fans and alumni can be very passionate about their teams.

If we look at the career of the top sports stars, we will find that most of them started their careers early on in their school and college years. In most sports, school and college-level football are taken very seriously by professional clubs and teams, as they pick the top talents of the college sports teams. That is why the athletes, too, ensure that they take their university career seriously so that they can get noticed by their dream teams.

FAQs Regarding Most Popular College Sports

Q. What are the biggest college sports?

Basketball is the sport played most frequently at collegiate levels. There are 2,197 collegiate basketball teams at all levels organized by the NCAA. Cross country is second with 2,065 NCAA teams, followed by baseball with 1,952.

Q. What is the least popular college sport?

In 2020, team sports suffered, especially volleyball, gymnastics, and softball. SFIA measured 23 team sports, and only two (ultimate frisbee and basketball) had increases in “core participation” (i.e. the number of Americans who played regularly).

Q. Does Harvard have a football?

Harvard Crimson football competes in the NCAA Division I Football Championship Subdivision (formerly Division I-AA). The Harvard football program has been competing since 1873, making it one of the oldest in the world.