You might think that Pool, Snooker, and Billiards are similar games, but the reality is different. This article will be making a brief comparison of Pool Vs. Snooker Vs. Billiards.

So, you can understand the main differences that exist between these games. These games have different types of tables, ball frequencies, and pockets. That set them different from one another.

We will draw a simple comparison making it easy to understand for the majority of pool table players out there. The article is also a great resource for learning purposes.

Differences Between Pool Games | Pool Vs. Snooker Vs. Billiards

We have recently reviewed the professional-grade pool table felts and also the best pool break cues. But yes, you do need to learn about the basic differences between the top three most popular variants of this game before you start using specialty items. So, let’s now get to the points marking differences between these three important games. 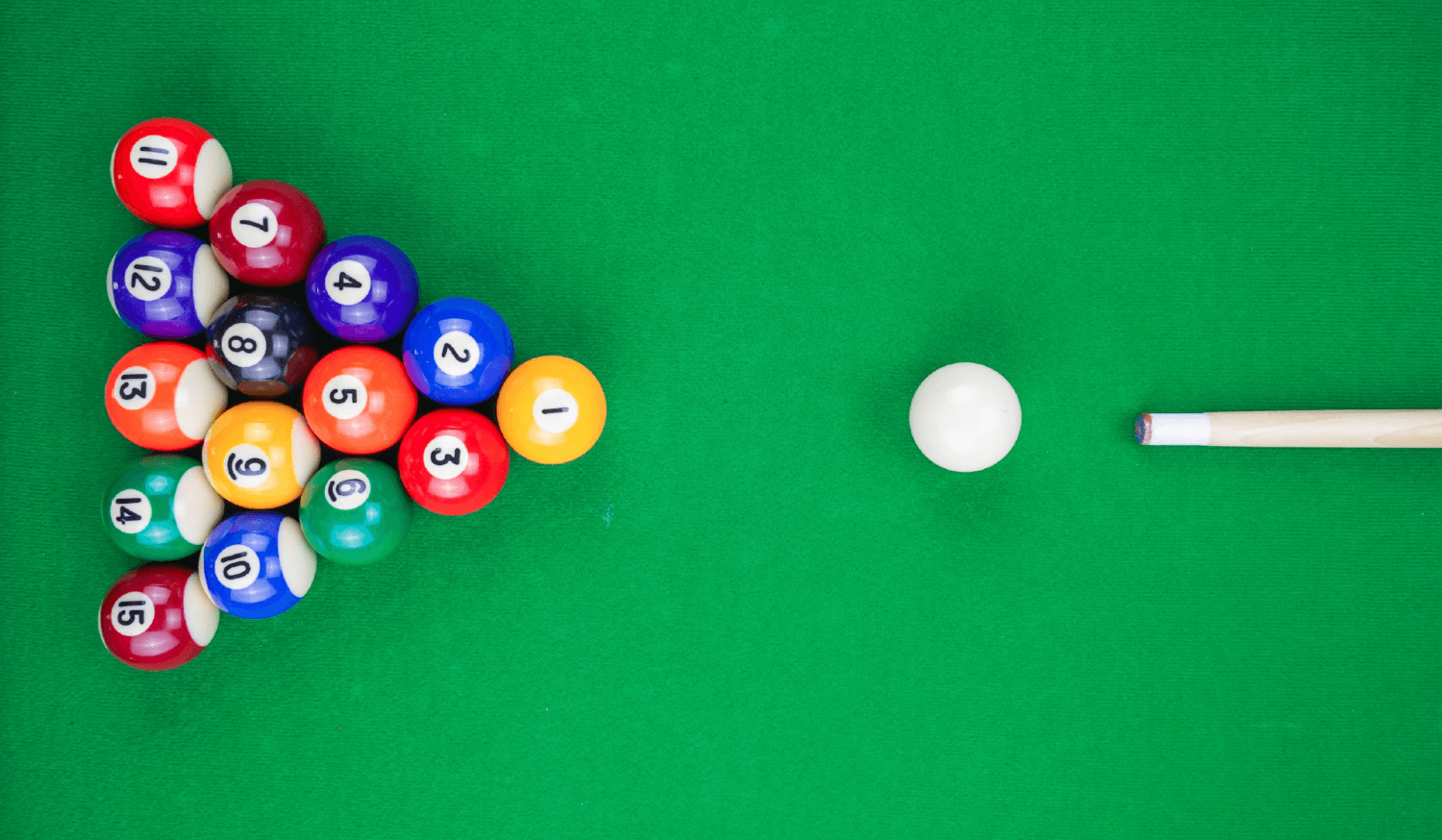 Constituents Of All Three Games

Things that players require to start a particular game are the constituents of a game. We will try covering all the components of the games under comparison.

Constituents Of Pool: The pool table usually features 6 pockets, and the number of balls is not certain. A normal pool game normally comprises 16 balls. Eight balls are solid-colored that are numbered from 1 to 8. Additionally, there are going to be seven stripes’ balls.

Now comes the cue ball, following the other fifteen balls in the pool game. The stripes number from nine to fifteen. The pool tables differ in terms of shape and quality depending upon the manufacturing brand. These constituents are needed for a pool game.

Constituents Of Snooker: This game uses more balls than the pool game. That is the main distinction that you can remember when mapping a comparison line between these popular games. The snooker game features 22 balls with a white ball called “Striker ball.”

The other balls incorporate one of all yellow, blue, brown, pink, black, green, and fifteen red balls. All these balls are used in a Snooker game. Now the tables are usually larger when compared to the pool tables. They have 6 pockets, just like in pool tables.

Each pocket of the Snooker table is smaller than that is the pockets on pool tables. The players can spot differences in the construction of the tables that vary with brands and processing methods.

Constituents Of Billiards: You don’t require a lot when we talk about billiards game out of all three. It just requires a table that doesn’t come with pockets along with only 3 balls to play with. That is one of the simplest game setups that you can get on a popular game like Billiards.

The three balls feature one of all white, yellow, and red color balls. Here the white ball acts as a striker ball in the game. You will be able to understand the function of this ball once you get to the game rules of billiards.

Rules Of All Three Games

Discussion of rules of every game in our topic of comparison Pool Vs. Snooker Vs. Billiards lets you understand the differences more clearly.

Rules In The Pool: Players have to make sure that they understand many games in the pool game. These games change with respect to the difficulty level, and some are regarded as very straightforward. So, mentioning the rules of all games under pool won’t be possible.

Further, let’s talk about the rules that we follow in the standard pool game. The players complete the match setup and declare a winning point number for the two participants to reach first. They have to pocket any ball on the table and acquire points until the winning score.

The rules can also go the other way around. That is where players have to pocket the balls called by the other player. Players can also call pockets and set a winning bar. The rules vary when it comes to the pool game.

Rules In Snooker: There are two frames that players have to set before starting the match. The players have to score more points by striking the cue ball against the red balls. There is a clear distinction between the point gained by pocketing red balls and colored balls.

You get a single point when pocketing a red ball in the match. The players get two points for pocketing the yellow ball while three with green and four for the brown ball. Likewise, a blue-colored ball lets you gain five points, while six for the pink and seven go with the black ball.

You have to pocket the exact ball at the given time of the turn, or pocketing the wrong ball will result in a foul. For example, if you pocket a wrong ball, then you will gain no point in return. So, that is how the point game goes in Snooker.

Rules In Billiards: Let’s talk about the main idea of the billiards game here. The players strive to point more by pocketing more balls using the main cue ball in the game that they achieve by connecting the ball with the other two balls available on the table.

Players ensure that they use their sticks and cue balls when trying to build points. A player scoring the greatest number of points wins the match as far as the rules are concerned.

Q. What is the difference between pool snooker and billiards?

Q. Are pool and billiards the same?

Originally, Billiards referred to the exclusive game with the name “Carom Billiards” with different quality of play. Many players call them the same game, but that is not true. So, they are often confused together, but they are practically different in many ways.

Q. Is Snooker harder than pool?

Most players find it hard to play Snooker than the more straightforward pool game. Unlike a pool, there are various balls and a larger table in the Snooker game. The margin of error is small when we talk about Snooker. The pockets are smaller and need more mental concentration right in the game. So, Snooker is harder than the pool game.

Q. How many balls are in billiards?

The whole game comprises 22 balls with one main cue ball of white color. There are 15 red-colored balls in the set up followed by the colored balls. The value of points gain is different depending upon the ball your pot in the pocket. 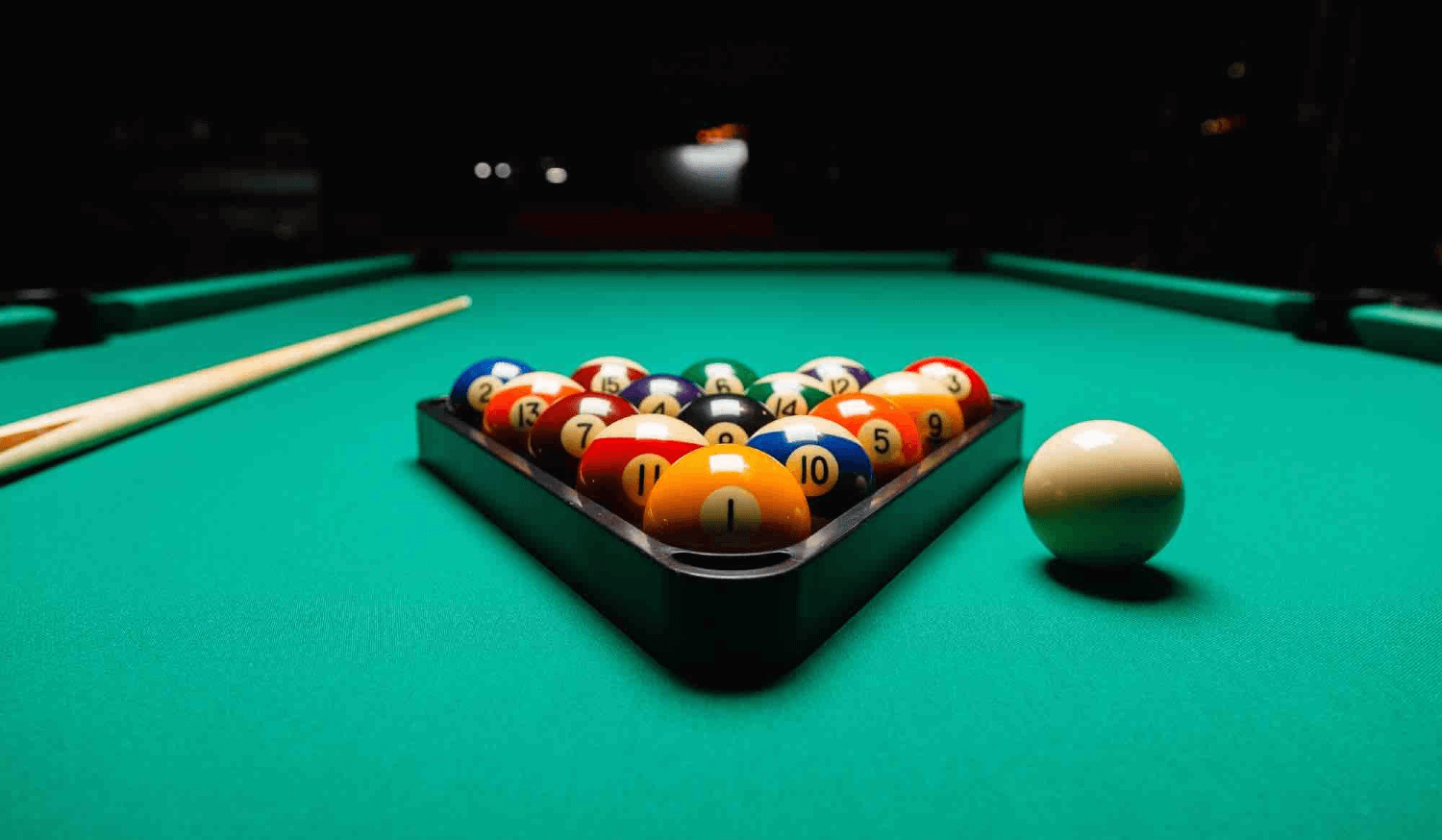 The comparison highlights all the major differences between Pool Vs. Snooker Vs. Billiards are three popular games in the sports industry. Even these games have classifications ahead of them.

But it is hard to discuss most of the games in a single article. So, learning the basic rules and game components will develop a better understanding of each game under discussion.

1 thought on “Pool Vs. Snooker Vs. Billiards – What Are The Differences?”