Silje Solskjær is best known as a longtime partner of Manchester United head coach Ole Gunnar Solskjaer. Like her husband, Silje is a former soccer player. At a young age, she played for the Norwegian club Clausenengen. Silje Solskjær was born in 1974 in Kristiansund, Norway, which means she is a Norwegian. She is 48 years old, but unfortunately, her exact date of birth couldn’t be found, so her zodiac sign is unknown.

In 1992, in their teens, Silje and Ole first met in Clausenengen, where they trained together and started seeing each other. They were separated when he was completing his year-long mandatory military service.

Eventually, after his return, everything went back to normal. After being together for several years, they decided to spend the rest of their lives together. Silje and the soccer coach were married in 2004 in a private ceremony in Florida, United States. 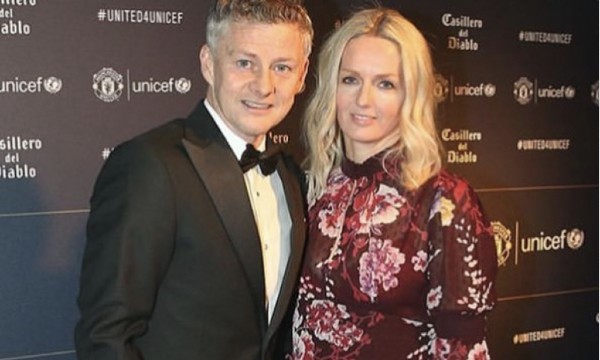 The duo was often seen at game fields together, where Silje was always there to cheer him up! However, a severe knee injury forced him to retire permanently from a game he loved so much.

It was his wife’s kind words and undying support that never let his spirits down. OleGunnar Solskjaer has a spectacular career in life as it would not have been easy to get a job managing Manchester United but having a supportive wife like Silje has its perks.

Silje Solskjaer and Ole have three children together. Their eldest son, Noah Solskjaer, was born in June 2000 before the couple married. Noah is a soccer player, just like his parents. He currently plays as a midfielder for Kristiansund BK, a Norwegian football club that plays in the Eliteserien.

The couple gave birth to their first and only daughter, Karna Solskjaer, in 2003. She currently plays for the Manchester United women’s soccer team. 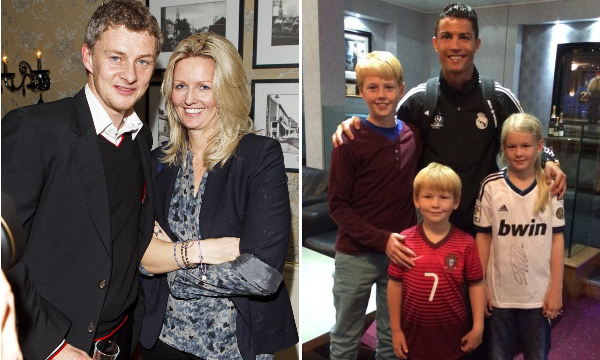 Their second son, Elijah Solskjaer, was born in 2008. Unfortunately, not much is known about him, and given that he is still very young, it will be a few years before he becomes the center of public attention.

Silje has not revealed any information about her parents, but she also has a brother named Ole Lyngvaer. Ole is also a soccer player who used to play football just like his sister. In 1990 he scored two goals in the knockout rounds of a ‘Norwegian Cup’; He currently works at the Cardiff Children’s Institute.

She completed secondary school in her hometown of Kristiansund, but there is no information on whether she enrolled at university or not. 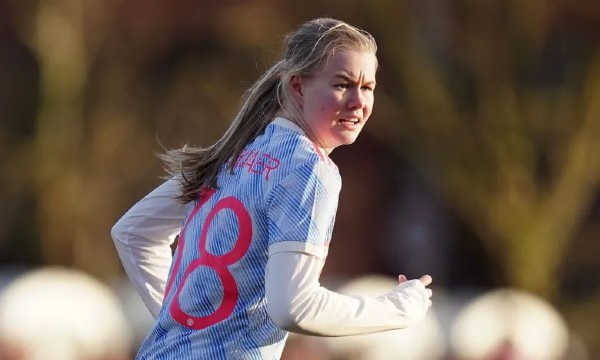 Before marrying one of the greatest football managers of all time, Ole Gunnar Solskjaer Silje, she started playing football for the Clausenengen player but stopped playing professionally at a young age in the early 2000s.

However, no information on what level she has reached while playing. What remains is the fact that her husband attested that she was a fantastic player back those days. Apart from being an athlete, there is no other information about Silje Solskjaer’s profession.

Although Silje’s net worth is unknown, her husband has made a decent amount of money from his career as a player and coach. Ole Gunnar Solskjaer’s net worth is estimated at over $80 million, and his annual salary as a Manchester United manager is $7.5 million.

Ole and Silje together own a villa in Cheshire, which is estimated to be worth around £4 million. They also have a luxury property in their hometown, Kristiansund, and it is a beachfront property with a swimming pool.

It’s valued at £1 million and has a large sign that reads ’20 Legend’, which was Ole’s shirt number.

Ole Gunnar Solskjær’s wife is not like a typical WAG who loves to share every moment of her life with fans. Silje would rather spend time with her family than attend big events. She is not on any social media platform as she and her husband like to keep their personal life private and away from the prying eyes of the media.

Victoria and Silje were close friends and sat in the stands and cheered on their superstar spouses. Silje’s eldest son, Noah, was a classmate of Brooklyn Beckham’s in the nursery. Paparazzi spotted Silje, Ole, and Noah leaving Brooklyn’s 3rd birthday party at Manchester’s ‘Film Works.’ The families also have a £5 million property business empire together.

Q. How old is Silje Solskjaer?

Silje Solskjaer is 48 years old as she was born in 1974. Her husband is 49 years old, making only a 1-year difference between them.

Silje Solskjaer, who was also a footballer in her past, is the wife of a famous former Norwegian footballer and the current head coach of Manchester United. The couple met during soccer practice and have been together since 1992 in 2004 after been together for eight years, and they have three children.

Q. What is the profession of Silje Solskjaer?

Silsje Solskjaer played football before she married Ole Gunnar Solskjaer. Her current occupation is unknown. Her main focus is to support her husband and help her children to develop their careers.