The Arthur Ashe Stadium, located inside the USTA Billie Jean King National Tennis Center, currently hosts the major matches of the US Open. And it is truly the best tennis court in the world right now. The Wimbledon Centre Court, located inside the All England Lawn Tennis and Croquet Club, and Court Philippe Chatrier, located in Paris, France, also deserve their mentions among the best tennis courts in the world right now.

Starting from Wimbledon to ATP tours throughout the world, Tennis tournaments always attract huge crowds. The world always applauds when Nadal plays a stunning backhand on the clay court or when Federer plays his spectacular smashes on the grass.

These days, looks and appeal play vital roles in sports history, as we see different hairstyles of players, as well as the different architecture of stadiums, which always creates a sensation among the viewers. And now, let’s take a look at the top 10 best tennis courts in the world right now.

There are many huge and beautiful stadiums located throughout the planet. Starting from Football to Cricket to even Tennis, the games are all-star-studded, as the stadiums themselves are. And here is the list of the top 10 best tennis courts. 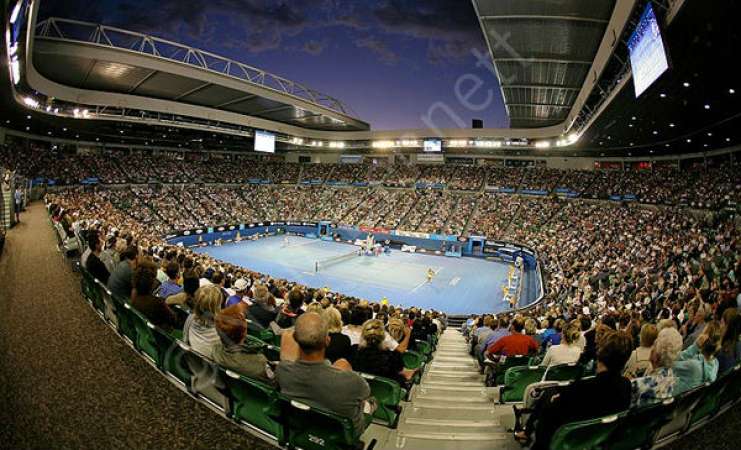 This stadium is a part of the Melbourne Park complex located in Melbourne, Australia, and was called National Tennis Centre or Centre Court when it was inaugurated in 1988. The name was officially changed to honor the three-time winner of the Australian Open and one of the greatest tennis players, Rod Laver, in January 2000.

This stadium replaced the Kooyong Stadium as the centerpiece and has hosted the Australian Open since 1988. It has a seating capacity of 15000 and is also facilitated with a retractable roof. The surface of the arena was green-colored Rebound Ace from 1988, which was changed with Blue Plexicushion in 2008.

Along with tennis, it also hosted the 12th FINA World Aquatics Championships in 2007. And now, it holds the tenth place in our list of the top 10 best tennis courts in the world right now. 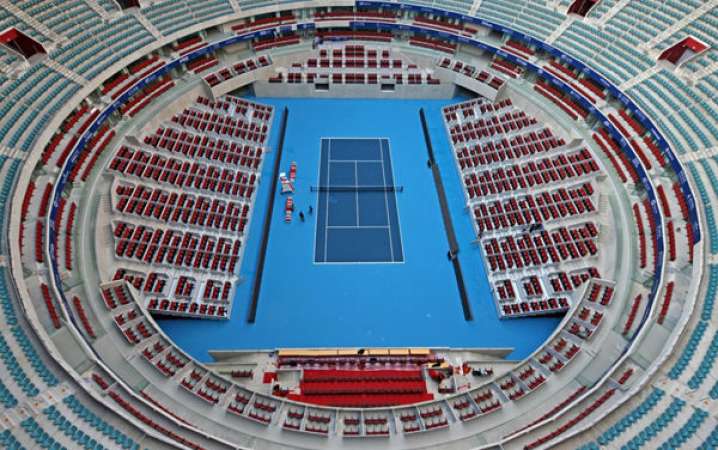 This tennis Stadium, with its huge 41.22 acres compound, is located on the Olympic Green in the capital of China. It is equipped with 12 competition hard courts and 35 training courts which include 30 indoor and outdoor hard surface courts, 2 artificial grass courts, 2 indoor clay courts, and a mini hard court for juniors.

The Diamond court, which is the main court of this stadium, has a seating capacity of around 15,000 and also features a retractable roof.

It hosted the tennis preliminaries and finals of singles and doubles for men and women at the Beijing 2008 Olympics and also hosted the Paralympic wheelchair tennis competitions in 2008. The national tennis court holds a ninth place in our list of the top 10 best tennis courts in the world. 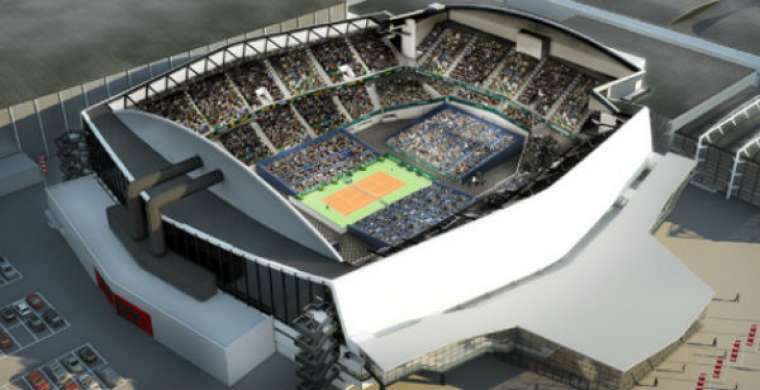 This stadium consists of three main parts, the “Beurs- & Evenementenhallen,” “Congres- & Vergadercentrum,” and “Sportpaleis,” and is located in Rotterdam, Netherlands. The stadium was inaugurated in 1950, but the main event venue was opened on 15 January 1971 for players.

The Rotterdam Open has been held here annually since its opening, where The ABN AMRO ATP World Tour has also been held in this stadium for many years. This ground also hosted the World Artistic Gymnastics Championships in 2010.

Besides tennis, it also hosted various other events, such as the Femina family exhibition, which was hosted here as the first event in its exhibition hall called the “Ahoy’-Hal.” The famous band “Abba” also performed here on their “ABBA: The Tour” in 1979. And it holds the eighth place in our list of the top 10 best tennis courts in the world right now. 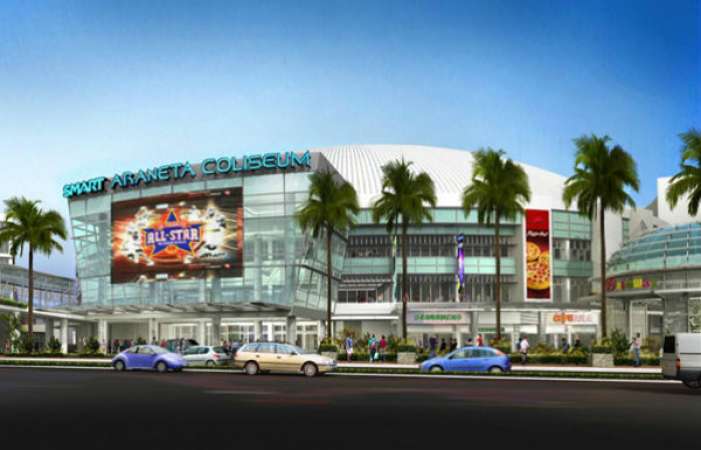 This indoor multi-purpose sports arena is also known as The Big Dome and is located in the Cubao area of Quezon City, Philippines. This stadium is the largest clear-span dome in the world and also the largest coliseum and indoor facility in Asia.

The construction of the Big Dome was started under DominadorLacsonLugtu as Architect and Leonardo OnjuncoLugtu as Chief Engineer in 1957, and by 1959, it was open for different sports. Fans widely appreciated the decision to select this stadium as the main host of the 2014 Davis Cup. 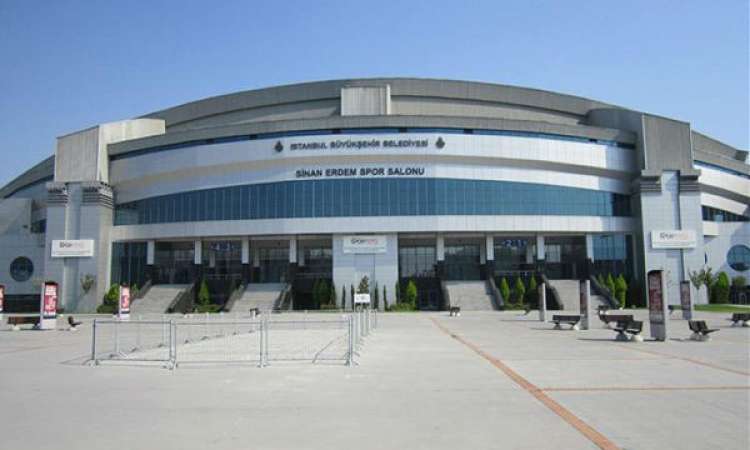 This multi-purpose indoor arena is located on the European side of Istanbul, Turkey, and was formerly known as the Ataköy Dome. It is the largest multi-purpose indoor venue in Turkey and also the third-largest in entire Europe. This famous stadium had its name after the former President of the National Olympic Committee of Turkey, Sinan Erdem.

This ground has a seating capacity of 22,500 for concerts and 16,647 for basketball and tennis events. It was one of the main grounds of the WTA Tour Championships 2013, and FenerbahçeÜlker was hosted here in 2010, whereas it also hosted EFES Turkish League and Euro league since 2010.

To increase the capacity, authorities built temporary stands on top of the 16,000 permanent stands. The renovation took place for the FIBA World Championship in 2010. Sinan Erdem now holds the sixth place in our list of the top 10 best tennis courts in the world right now. 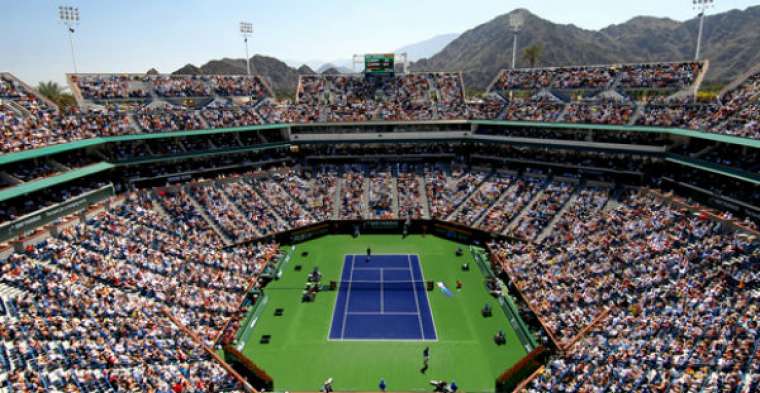 The home of the Indian Wells Masters tournament or the BNP Paribas Open is located in Indian Wells, California. The fifth-largest tournament in the world, Wells Masters, has been held here in the second week of March each year since its opening in 2000.

Rossetti Associates Architects designed this court in March 2000 with a construction budget of $77 million. With its huge 88 acres of compound, it is the second-largest tennis-specific stadium in the world. The complex has a 16,100-seat Stadium court, 11 match courts, and 6 practice courts, along with 2 Har-Tru clay courts.

Besides tennis, it also hosted concerts by artists such as The Eagles, The Who, Tom Petty, and much more. And now, it holds the fifth place in our list of the top 10 best tennis courts. 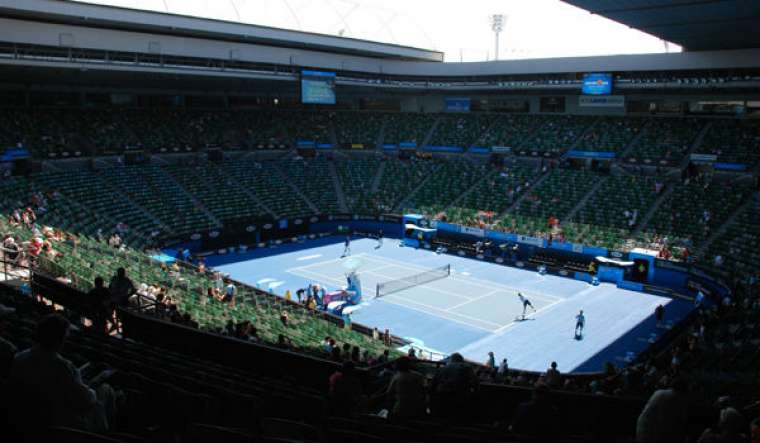 This multi-purpose indoor entertainment complex is situated in the center of The O2 complex on the Greenwich Peninsula in London. This stadium was named after its main sponsor, The O2, which is also one of the biggest telecommunication companies in the world.

The construction of the arena started in 2003. And the authorities opened it for the players in 2007. The arena was built to reduce echoing, whereas the entire seating arrangement can also be modified according to the needs.

It has a changeable surface that has the option of an ice rink, basketball court, exhibition space, conference venue, or concert venue. This famous stadium has already hosted ATP World Tour Finals since 2009, along with Summer Olympics and Summer Paralympics in 2012. O2 arena definitely deserves its mention among the top 10 best tennis courts in the world right now. 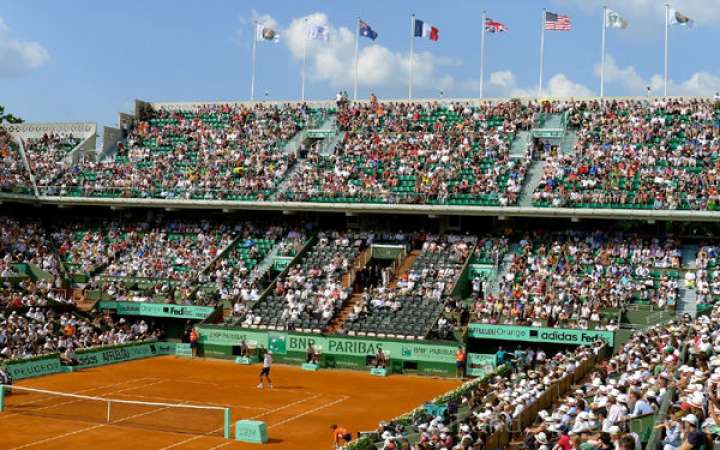 The main ground of the French Open, also known as Roland Garros, is located in Paris, France. The French government constructed this stadium to host France’s first defense of the Davis Cup after winning the cup in 1927. Besides, this stadium had its name after pioneer aviator engineer Roland Garros.

The world considers him the inventor of the first forward-firing aircraft machine gun. In its huge 21-acre compound, it has twenty courts, including three large-capacity stadiums. It also has a luxury restaurant and bar complex, the press and VIP area, and the Tenniseum.

Roland Garros primarily uses Red clay as the main surface. However, it is actually made with white limestone and then coated with a few millimeters of red brick powder. Besides hosting many great matches, this court has also witnessed some of the greatest French Open winners of all time. 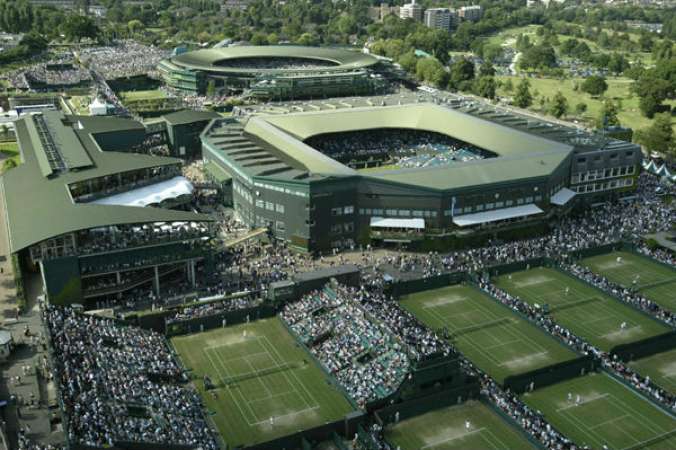 The main ground of the All England Lawn Tennis and Croquet Club is located adjacent to Aorangi Terrace. Along with the third annual Grand Slam event of the tennis calendar, Wimbledon Championship, it also hosted the tennis competition at the 2012 Summer Olympics. Fans also know this stadium by its postcode, SW19.

Besides, the Centre Court has a premier box for the exclusive use of the Royal Family. It was devastated during World War II when, during an air attack, five 500 lb. bombs hit the Centre Court. This stadium features a retractable roof, designed by SCX Special Projects Ltd and installed in 2009.

Andy Murray and Roger Federer contested the first Wimbledon final under a roof here on 8 July 2012. And now, it holds the second place in our list of the top 10 best tennis courts in the world. 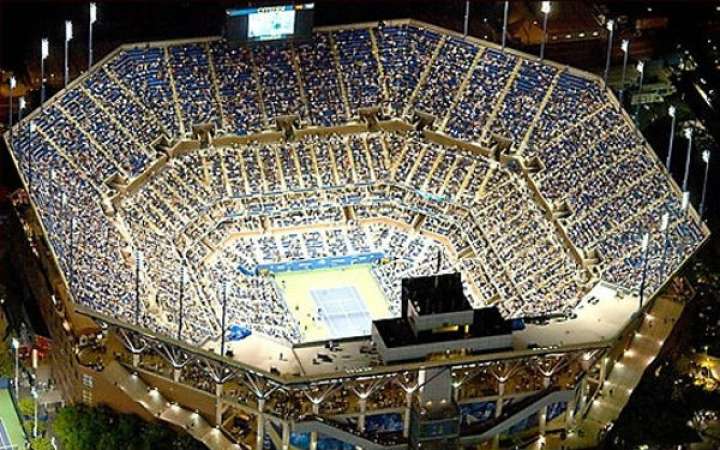 The Arthur Ashe Stadium is the largest tennis-specific stadium by capacity in the world. This stadium now mainly hosts the US Open. It now became a part of the USTA Billie Jean King National Tennis Center located within Flushing Meadows-Corona Park. Arthur Ashe won the inaugural US Open. Besides, this stadium had its name after him.

Arthur Ashe Stadium replaced Louis Armstrong Stadium as the primary venue for the US Open in 1997. It has $254 million in construction costs. Besides, it now has 22,547 individual seats. Besides, it has 90 luxury suites along with five restaurants and a two-level players’ lounge.

There are several other tennis areas throughout the world to claim the top place in this list. From marvelous architecture to state-of-the-art designs, these stadiums are a “beauty to look at.” One such beautiful piece of art is the Qizhong Forest Sports City Arena, the design of which resembles a blooming magnolia.

We hope you have liked our list of the top 10 best tennis courts in the world right now. Happy reading, folks!

Q. Which is the most popular tennis court?

Tennis courts with hard surfaces are the most common and widely used surfaces in the world, especially in the United States. Hard courts are built on asphalt or concrete bases and are normally coated with 100% acrylic color coating systems.

Q. Which is the toughest court in tennis?

Clay courts are considered the toughest surfaces for tennis. Hard surfaces and grass courts present unique challenges. Clay tends to have longer points, and it is difficult to change direction.

Q. Which country has the most tennis courts in the world?

Q. What is the most prestigious tennis tournament?