Taekwondo is one of the most popular combat sports and self-defense art in the world and it has been an Olympic event ever since 1992. Originally developed in Korea combining karate and Chinese martial arts Taekwondo is a deadly fighting style and here are the top 10 greatest Taekwondo players of all time. 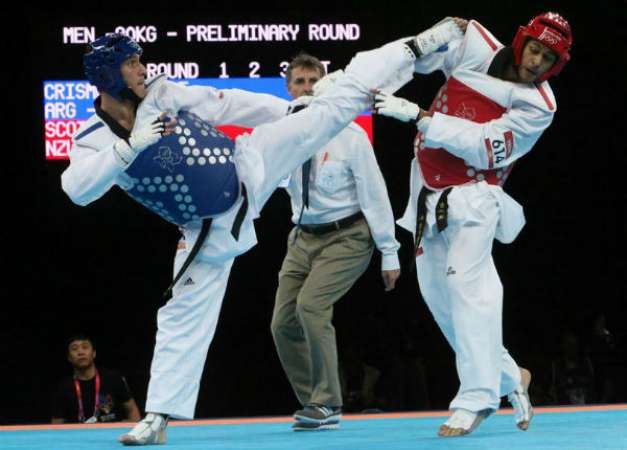 At the number 10 spot in the list of top 10 greatest taekwondo players of all time, we have Sebastian Crismanich. Hailing from Argentina, he is regarded as one of the greatest athletes in his country.

Crismanich has also earned the reputation as the only Argentian athlete ever to win an individual Olympic gold medal since 1948. Besides, he is also the first athlete to win a medal for Argentina at Taekwondo.

His history scripting win came during the 2012 London Olympics. He has also won the 2011 Pan American Games. It seems his whole family has taekwondo skills in their genes as his brother, Mauro Crismanich, also won the World Taekwondo Championships bronze medal in 2009. 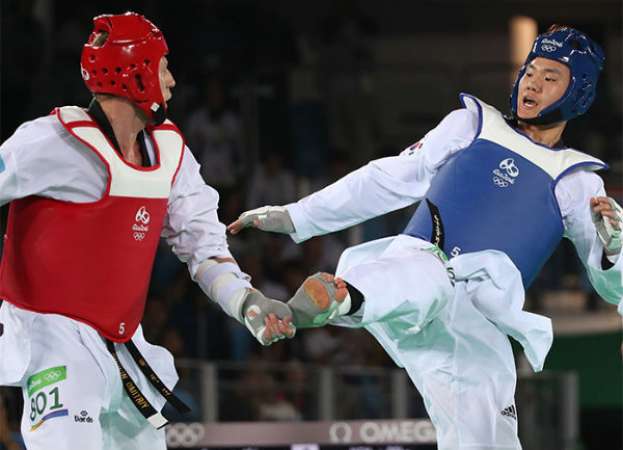 At number 9th place in the list of top 10 greatest taekwondo players of all time, we have Cha Dong-min. A heavyweight category specialist, Cha Dong has gold medals at Olympics, Asian Championships, and East Asian Games along with a silver at World Championships.

At 1.89 m tall, he physically and mentally intimidates his opponent. He won his first Olympic gold in the +80 kg category at the 2008 Beijing Olympic Games.

Cha Dong then won a bronze medal in the same category at the 2016 Rio Olympics. Right after that achievement, he announced his retirement from international competitions. 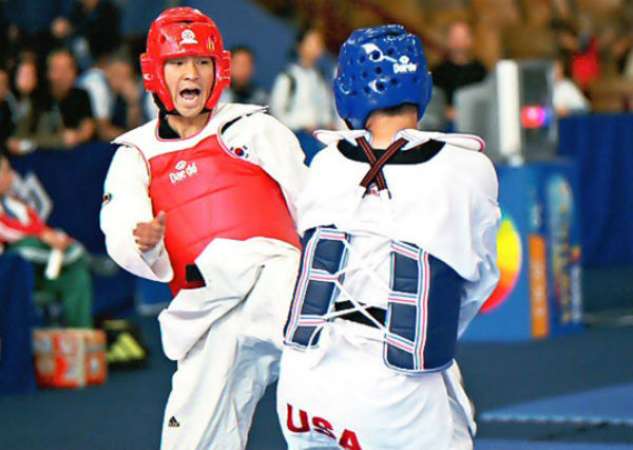 At the number 8 spot in the list of top 10 best taekwondo players of all time, we have Moon Dae-sung. South Korea has won the most number of medals in Taekwondo at the Olympic Games all due to players like Moon, Cha Dong, and Hwang.

Besides his Olympic legacy, Moon Dae-sung also made his name as a World Champion, Asian Games winner, and Asian Championship winner.

He fought in a heavyweight category and used his height of 1.91 meters to overwhelm his opponents. Besides international competitions, he dominated the domestic taekwondo tournaments with his iconic left leg roundhouse kick and left leg back kick. 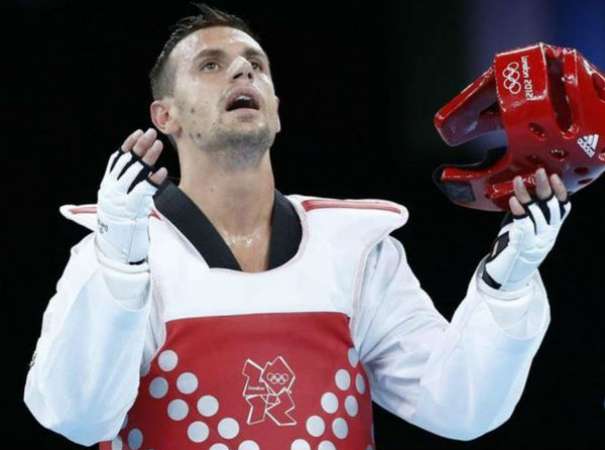 At the number 7 spot in the list of the top 10 greatest taekwondo players of all time, we have Carlo Molfetta. He is not just the greatest Italian Taekwondo athlete but also one of the greatest in the world.

He has mainly fought in the lightweight, middleweight, and featherweight categories. And, he won gold medals in each category at the international competitions that he ever participated in. 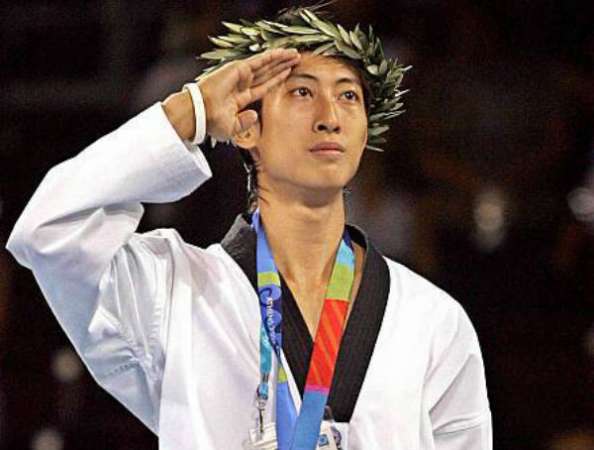 At the number 6 spot in the list of top 10 best taekwondo players of all time, we have Chu Mu-yen. His countrymen still regard him as one of the most successful Taiwanese athletes of all time.

He achieved the gold medal in the 2004 Athens Olympics. And by doing that, he became the second athlete and first male to win the Olympic gold for his country in taekwondo.

Mu-yen then also achieved the bronze medal at the 2008 Beijing Olympics. He has often fought with larger and stronger people in the fly category and has shown the grit to face any opponent. He also has a world championship and a WTF World Cup to his name. 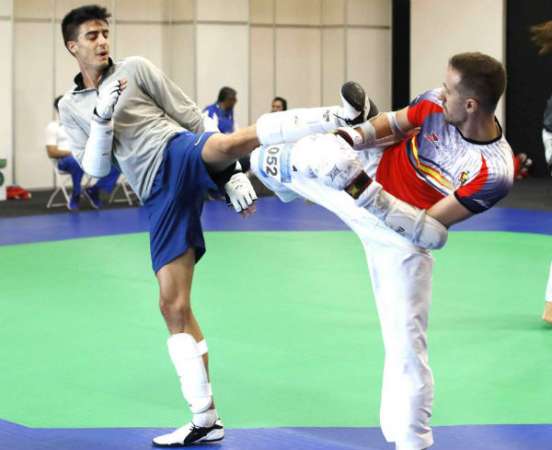 At the number 5 spot in the list of top 10 greatest taekwondo players of all time, we have Joel Gonzalez. He is one of the most successful taekwondo players to have emerged from Spain and has conquered every tournament in his life.

He is two times World Champion, two times European Champion, and also got his Olympic gold in 2012 in the 58 kg category. Gonzalez achieved the bronze medal at the 2016 Rio de Janeiro Olympic Games.

Besides, he also achieved a bronze medal in the 2015 Baku European Games. He has also earned praises from the media after winning the bronze medal at the 2015 Gwangju Universiade. 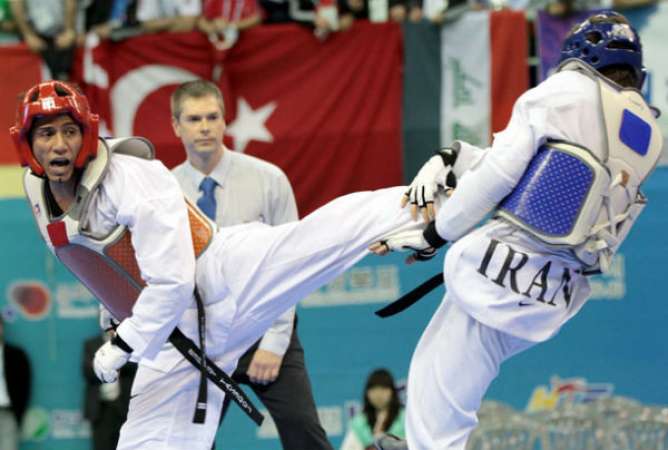 At 4th place in the list of top 10 greatest taekwondo players of all time, we have Servet Tazegul. Besides his popularity as one of the best Taekwondo athletes, he also made his name as one of the most handsome Olympic athletes of all time.

Tezegul achieved the gold medal in the Taekwondo European Championships five times till now. Besides, he also secured the bronze in the 2015 Taekwondo Grand Prix in Manchester. In 2013, a multipurpose indoor stadium constructed in Mersin was named in his honor. 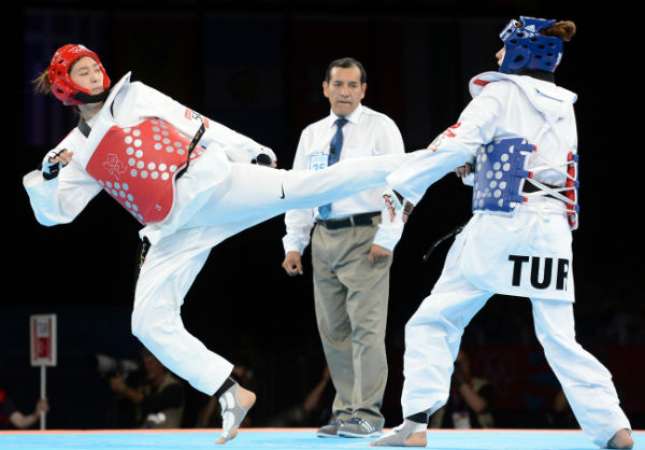 At the number 3 spot in the list of the top 10 best taekwondo players of all time, we have Hwang Kyung-Seon. Hailing from South Korea, she proved that gender has nothing to do with taekwondo as it is the hard work that yields the result.

Apart from Hadi and Steven, she is the only taekwondo player to achieve three Olympic games. After achieving the bronze medal at the 2004 Athens Olympics, she secured the gold medal twice consecutively in the 2008 Beijing Olympics and 2012 London Olympics.

Dubbed as the best female taekwondo player ever, Kyung-Seon won two gold medals and a bronze in the Taekwondo World Championships. Besides, she also achieved the gold medal at the 2006 Doha Asian Games. 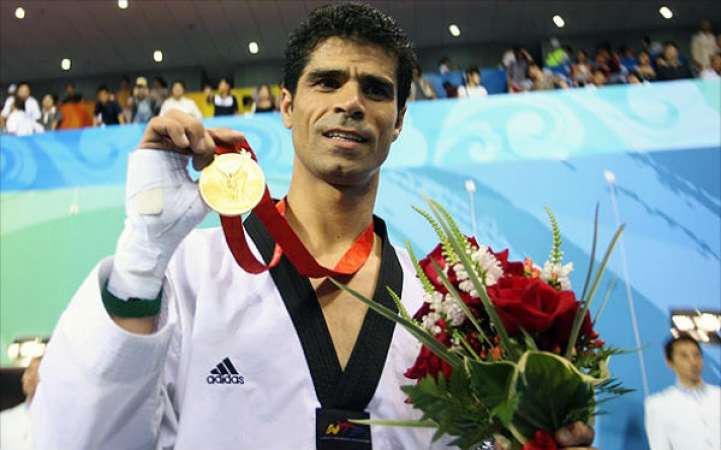 Hailing from Iran, Hadi Saei definitely deserves 2nd place in the list of greatest taekwondo players of all time. He is among the few athletes ever to achieve Olympic gold medals for Iran. 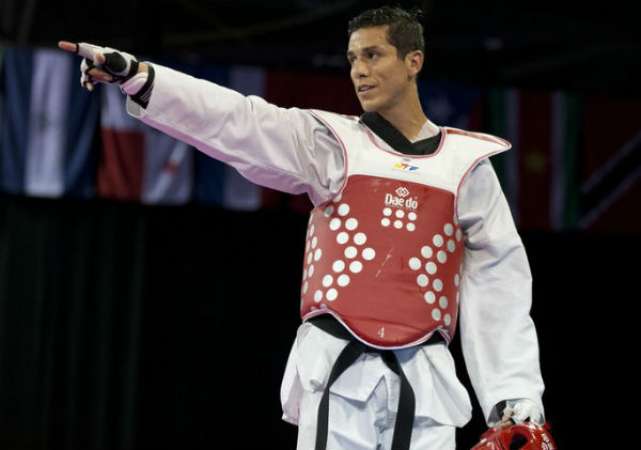 One of the greatest athletes in the USA, Steven Lopez is undoubtedly the greatest taekwondo player of all time. And his feat of winning the Taekwondo World Championship for a record 6 times helped him to achieve that place.

Lopez secured the gold medals at the 1996 and 1998 Pan American Championships. Moreover, he also secured a silver medal and a bronze medal at the Taekwondo Grand Prix.

Taekwondo is one of the most popular contact sports in the world which is being learned by people around the world both for amateur/ professional careers and for self-defense. And, these players are instrumental in Taekwondo’s success all throughout the globe.

So, that’s all for today! Don’t forget to give us your feedback about the list of greatest taekwondo players of all time in the comment box below.

Q. Who is the greatest taekwondo fighter of all time?

Previously, the most successful Olympic Taekwondo athletes were Hwang Kyung-Seon (South Korea), Steven López (USA), and Hadi Saei (Iran), each with two golds and one bronze medal. Still, they are widely renowned and have a huge fan following across the globe.

Q. Who is the famous taekwondo player in the world?

US Taekwondo player Steven Lopez is considered one of the world’s best. In his career, he has won six world championships in Taekwondo. He won gold medals in Taekwondo at the 2000 and 2004 Olympics and bronze at the 2008 Olympic Games.

Q. Is Taekwondo effective in a street fight?

Q. Is taekwondo better than karate?

Both karate and Taekwondo will give you a full-body workout while teaching you discipline and patience. Karate may be a better option for you if you’re interested in learning full-body moves. Taekwondo is the better choice for those who want to learn more elaborate kicking moves.