Founded as Dallas Chaparrals in 1967, San Antonio Spurs is truly the oldest basketball franchise in the NBA. It is also among the only four teams from the ABA that remained intact after the ABA-NBA merger in the 1976 basketball season. Dallas Mavericks and Washington Wizards also deserve their mentions among the oldest NBA teams of all time.

The teams that are featured in the NBA are of huge popularity, recognized just by their uniforms, logos, or color schemes by the fans. These teams have been entertaining basketball fans for many decades now. So, let us take a look at the top 10 oldest NBA teams.

The players of this sport are hugely popular, and people from around the world wait eagerly to watch the young basketball players displaying their great skill.

NBA was founded on 6th June 1946 in New York City, New York, in the United States of America, and it has its headquarters in New York, as well. Other than this, there are more of the oldest NBA teams mentioned in this article. 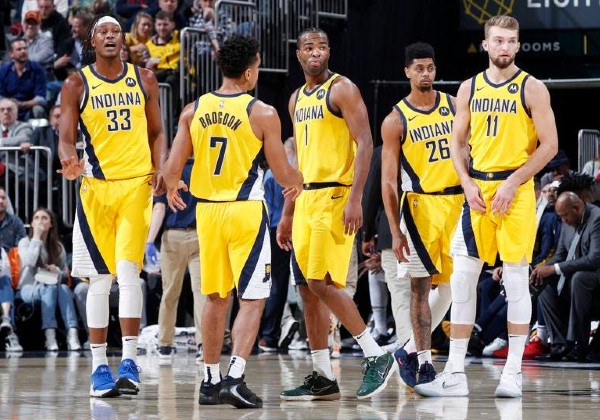 Indiana Pacers play their home matches at Bankers Life Fieldhouse. The team was named after the Indianapolis 500’s pace cars and also for Indiana’s history with harness racing pacers.

A group of six investors, Richard Tinkham, John DeVoe, Chuck DeVoe, Chuck Barnes, and Bob Collins, purchased a franchise in the proposed American Basketball Association in early 1967. They have stayed for 25 years in the new Market Square Arena in downtown Indianapolis since they moved in 1974. 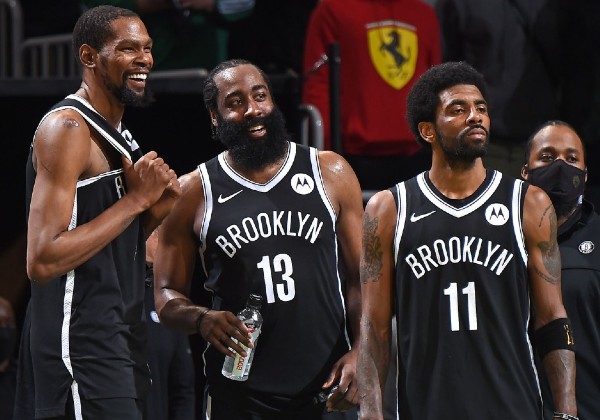 American professional basketball team The Brooklyn Nets is based in Brooklyn, New York, a borough of New York City. It is a part of the National Basketball Association in the Atlantic Division of the Eastern Conference.

The team was founded as a charter franchise of the NBA’s rival league, the American Basketball Association, in 1967. During their first appearance, the team was known as the New Jersey Americans.

They changed the name to the New York Nets after they moved to Long Island in 1968. The team then again moved to New Jersey in 1977 and played as the New Jersey Nets from 1977 to 2012. The team New Jersey Nets achieved two consecutive Eastern Conference championships during that time in the 2001 and 2002 seasons. 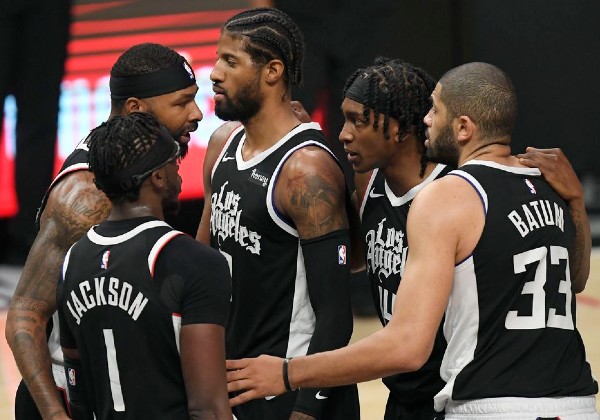 One of the best teams of one of the most popular sports in the USA, the Los Angeles Clippers, is based in Los Angeles, California. It is a part of the National Basketball Association in the Pacific Division of the Western Conference.

The team was established in 1970 as the Buffalo Brave. Los Angeles Clippers was one of the three expansion teams to join the NBA in 1970. The team became known as the San Diego Clippers after they moved to San Diego, California, from Buffalo, New York, in 1978.

The clippers actually started as the Buffalo Braves in Western New York as one of three NBA expansion franchises besides the Portland Trail Blazers and the Cleveland Cavaliers in the 1970–71 season. The team then finally moved to Los Angeles in 1984. After the acquisition of core players such as Blake Griffin and Chris Paul, Los Angeles Clippers won its first division title in 2013. 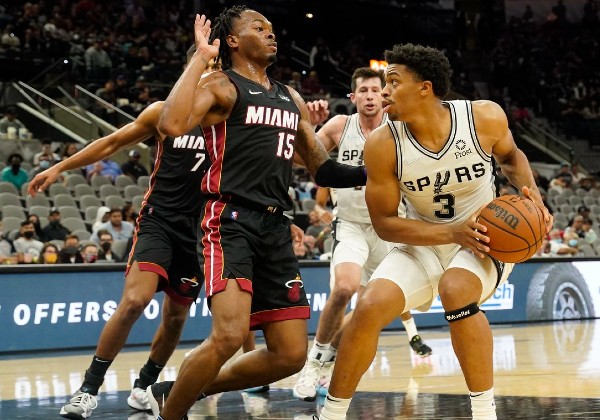 American professional basketball team, The Miami Heat, is based in Miami, Florida. They have now become a part of the National Basketball Association in the Southeast Division of the Eastern Conference. The team plays its home matches at the FTX Arena in Downtown Miami.

The current team owner is Micky Arison, who is also the owner of the cruise ship giant Carnival Corporation. Founder members established Miami Heat in 1988 as one of the NBA’s four expansion franchises.

The team has already achieved fifteen division titles, six conference titles, and three league championships in 2006, 2012, and 2013. Miami Heat won 27 games in a row while creating the second-longest streak in NBA history from February 3 to March 27, 2013. According to Forbes, the team is worth $625 million, ranking sixth among NBA teams. 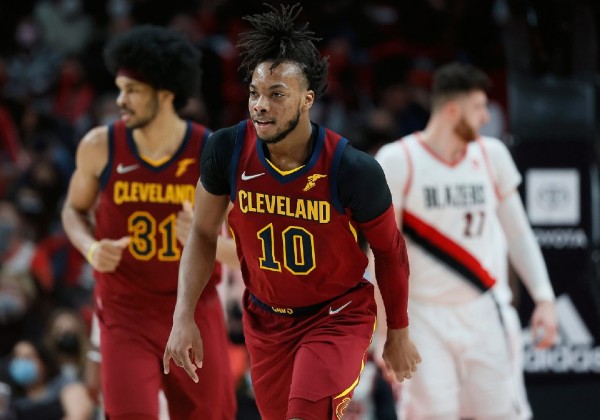 American professional basketball team, The Cleveland Cavaliers, is based in Cleveland, Ohio, and is also known as the Cavs. The team started taking part in the National Basketball Association in 1970 as an expansion team.

Cleveland Cavaliers have had 22 total playoff seasons till now. They have already achieved Central Division championship titles seven times as of 2023. Besides, they also won the Conference title 5 times.

The team started its journey in the NBA under the ownership of Nick Mileti. The Father of Major League Baseball pitcher Brett Tomko, Jerry Tomko, submitted the winning entry of the team name “Cavaliers” in a competition organized by The Plain Dealer. The Cleveland Cavaliers supports also preferred it to “Jays,” “Presidents,” and “Foresters.” 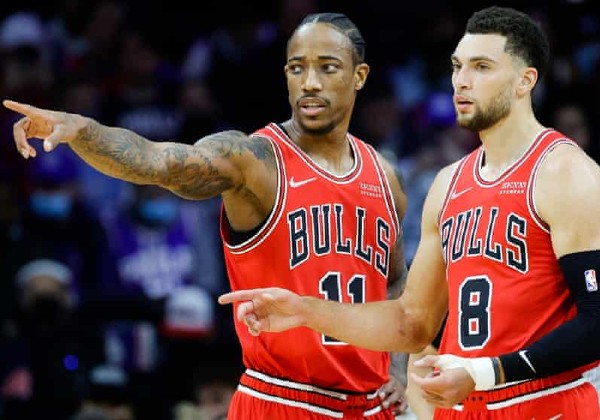 American professional basketball team, The Chicago Bulls, is based in Chicago, Illinois. It is a part of the National Basketball Association in the Central Division of the Eastern Conference. The team marked its establishment on January 26, 1966.

They play their home matches at the United Center, also known as the Madhouse on Madison. During the 90s, Chicago Bulls achieved their greatest success and are known for having one of the NBA’s greatest dynasties.

The team won six NBA championships between 1991 and 1998. The Chicago Bulls has earned its reputation as the third most valuable NBA team. They have achieved that feat with an estimated value of $2.3 billion, according to Forbes in 2023. Two of the most famous basketball players, Michael Jordan and Derrick Rose, had won the NBA Most Valuable Player Award as team members of the Bulls. 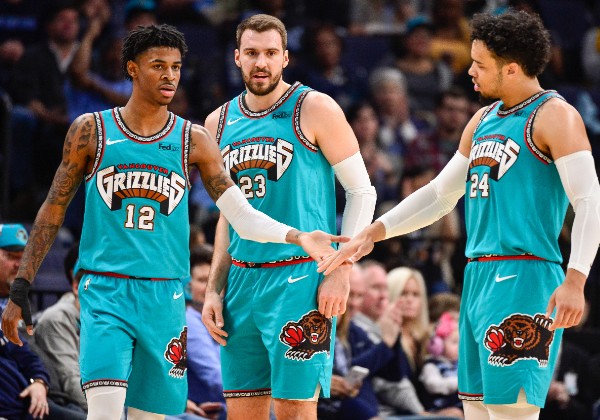 American professional basketball team Memphis Grizzlies is based in Memphis, Tennessee. And is part of the National Basketball Association in the Southwest Division of the Western Conference. The current majority owner of the team is Robert Pera, and the team plays its home matches at FedExForum.

They previously became a part of the Midwest Division of the Western Conference of the National Basketball Association. As a part of the NBA’s expansion into Canada, Memphis Grizzlies marked its establishment along with the Toronto Raptors in 1995. 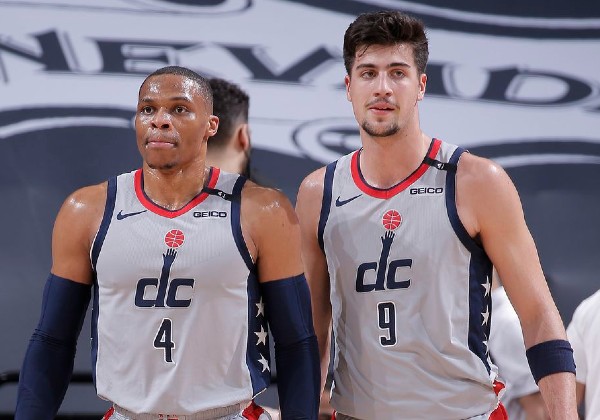 The team started playing in 1961 as the Chicago Packers, which was the first modern expansion team in NBA history. Wizards then switched the name to the Chicago Zephyrs only after a year. The team again became the Baltimore Bullets after they moved to Baltimore, Maryland, in 1963.

They made a sensation among the fans as they traded Terry Dischinger, Rod Thorn, and Don Kojis to the Detroit Pistons for Bailey Howell, Don Ohl, Bob Ferry, and Wali Jones prior to the 1964–65 NBA season. 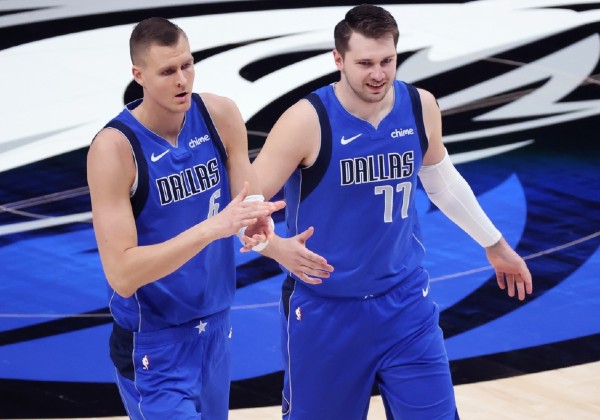 American professional basketball team Dallas Mavericks is based in Dallas, Texas, and is also known by their nickname “the Mavs”. The team is part of the National Basketball Association in the Southwest Division of the Western Conference. Dallas Mavericks is the fifth-most valuable basketball franchise in the United States, according to a 2023 Forbes Magazine report.

And they have achieved that place with a total value of an estimated $2.7 billion. The Mavericks have sold out 477 consecutive games till the 2013 season since December 15, 2001. That feat is currently the longest-running sellout streak in North America. 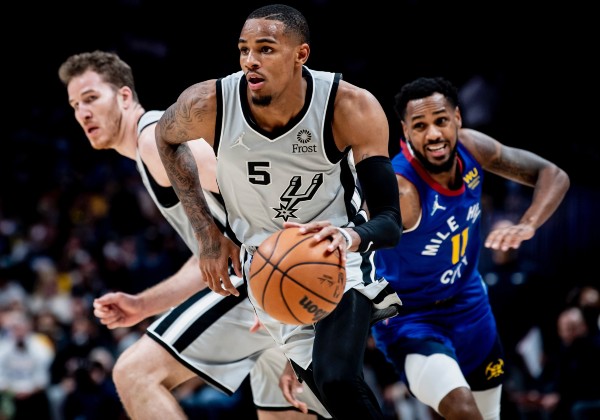 American professional basketball team, The San Antonio Spurs, is based in San Antonio and Texas. It is part of the National Basketball Association in the Southwest Division of the Western Conference.

San Antonio Spurs is one of the only four American Basketball Association teams to remain intact after the 1976 ABA–NBA merger. They are also the only former ABA team to win an NBA championship.

The Spurs, with their 5 titles, are the fourth-highest title winners. Only after Boston Celtics, Los Angeles Lakers, and Chicago Bulls. The team has won 22 division titles out of their 46-season NBA appearance since 1976. Antonio Spurs made 28 playoffs in the last 29 seasons but missed the playoffs four times since they became a part of the NBA.

The NBA teams consisting of the greatest NBA players of all time select the best players and incorporate the best coaching techniques to make their players give excellent performances, such that even experts like to watch them play.

NBA is, in fact, one of the sports with top television viewer-ship, as well, with an average of more than 17,000 per game. So, which of the Oldest NBA Teams is your favorite? Let us know in the comments below.

Q. How many NBA teams were there in the beginning?

Q. Which is the most successful team in the NBA?

With 17 NBA titles as of 2022, Boston Celtics is undoubtedly the most successful team in the NBA. This franchise has also achieved 32 division titles and 10 conference titles as of this season. Besides, Celtics also have 10 MVP awards in its trophy room.

Q. Which is the most successful team in the NBA playoffs?

According to the basketball stats between 2012 and 2022, Golden State Warriors is truly the most successful team in the NBA playoffs. This NBA franchise has already won 102 playoff matches as of 2022. Besides, this team also has 7 NBA titles in its portfolio.

Q. Which is the oldest basketball team still operating?