These are the Top Women’s P4P or pound-for-pound fighters in MMA and are certainly champions. In the following article, we are going to witness some of the best and most powerful ladies of this era. Read on to learn more about the top 10 best female MMA athletes in 2023.

They are fighters and winners, all of them …as they have won the fight against their fears. All of them are making their people proud, along with the whole world. They are amazingly but discreetly making a statement about the feminism issue and equality. Athletes are never born in a day. They have to be polished from rocks into crystals with sheer dedication, practice, and training. Only people with dedication and devotion to their profession win in real life. 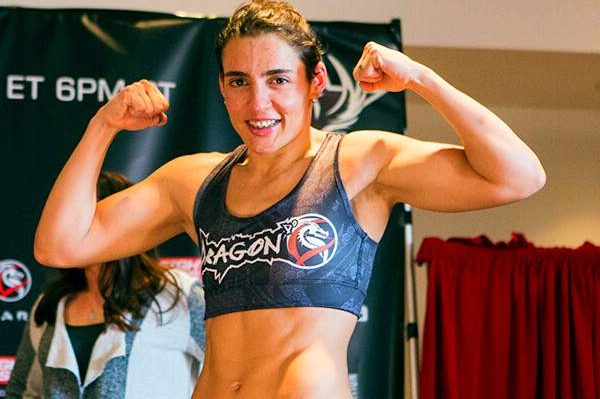 At number 10 in this list of top 10 female MMA athletes in 2023, we have Vanessa Porto. She has already made her name as one of the best Brazilian mixed martial artists as well as an amateur boxer. She competes in the Invicta Fighting Championships flyweight division, and she is really good with it.

Vanessa is currently the number 2 ranked 125-pound female fighter in the world, according to the research done by Unified Women’s MMA Rankings.

She started her professional MMA career in the year 2005. Initially, she only fought for Brazilian promotions. This one in this list is one of the most skillful female MMA athletes 2023. 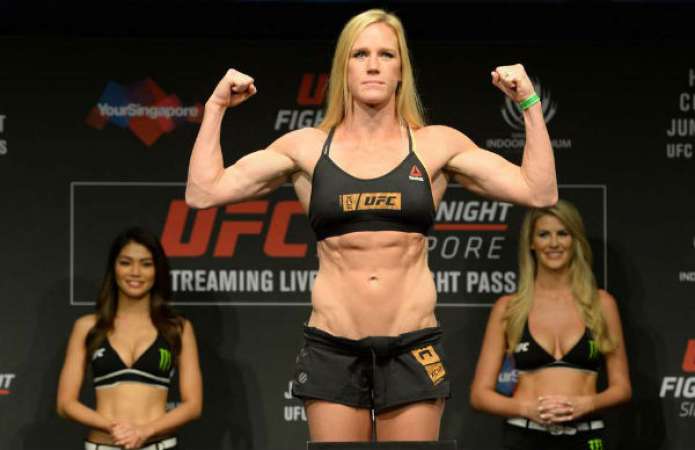 At number  9 in this list of top 10 female MMA athletes 2023, we have Holly Holm. Holly Rene Holm-Kirkpatrick was born Holly Rene Holm on October 17 in the year 1981.

She is an American MMA who competes in the Ultimate Fighting Championship. For those who don’t know, Holly is the former UFC Women’s Bantamweight Champion.

Along with that, Holm is also a former professional boxer as well as a renowned kickboxer. She has already made her name as a multiple-time world champion in boxing. 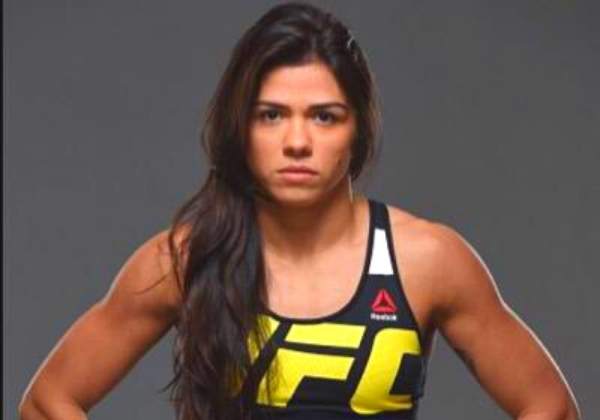 At number 8 in this list of top 10 female best MMA athletes 2023, we have Claudia Gadelha. Ana Claudia Dantas Gadelha was born on December 7 in the year 1988.

Claudia currently competes in the Women’s Strawweight division in the Ultimate Fighting Championship, commonly called UFC. She happens to be the youngest BJJ black belt in Nova União’s history.

Recently, Gadelha started her very own gym in March 2016. It is also an MMA and BJJ Academy. This one in this list is one of the marvelous female MMA athletes 2023. 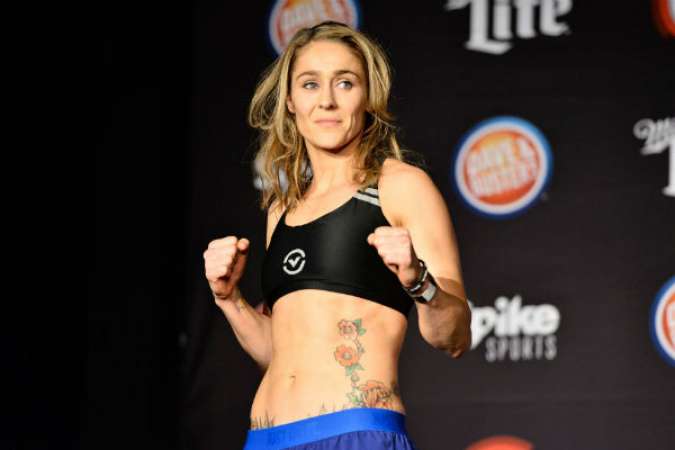 At number 7 in this list of the top 10 best female MMA athletes in 2023, we have Marloes Coenen. Marloes Coenen has made her name one of the best Dutch mixed martial artists.

She has been fighting professionally since 2000, and now that has resulted in her being a former Strikeforce Women’s Bantamweight Champion.

She holds the record of being the number 2-ranked 145-pound female MMA fighter in the whole world, according to the research done by Unified Women’s MMA Rankings. Besides Marloes, her brothers and grandfather also participated in martial arts. 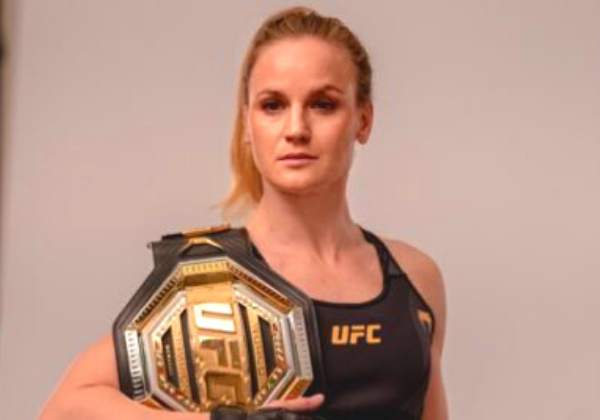 Valentina started her journey with Taekwondo at the mere age of 5. She did so under the influence of her mother, who also practiced the sport. Her older sister Antonina is also an equally great player.

At the age of 12, she started Muay Thai kickboxing training. She then gradually transitioned to freestyle, Vale Tudo. Valentina’s kickboxing career began in Kyrgyzstan, and at age 12, she knocked out a 22-year-old opponent. That was a really substantial moment in her life. 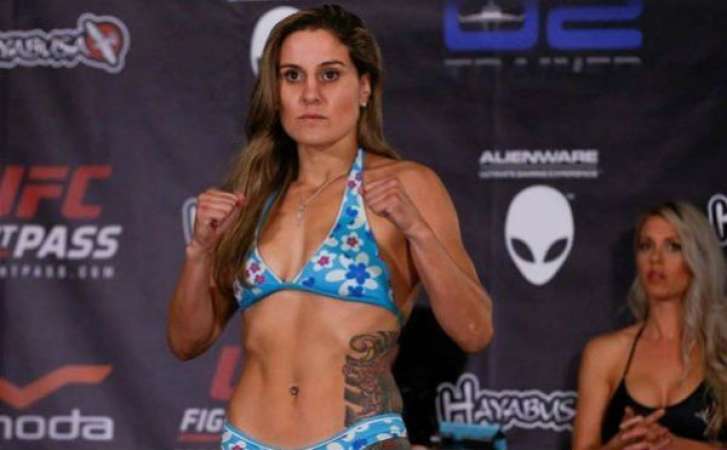 At number 5 in this list of the top 10 greatest female MMA athletes 2023, we have Jennifer Maia. Jennifer Maia has already made her name one of the best Brazilian female mixed martial artists. She usually competes in the Flyweight division.

Maia has been known to train herself at the legendary Chute Boxe Academy, which is situated in Brazil. Currently signed with Invicta Fighting Championships, she is doing a remarkable job.

For more information, she is currently the number 2-ranked 125-pound female fighter in the whole wide world according to the research done by Unified Women’s MMA Rankings. 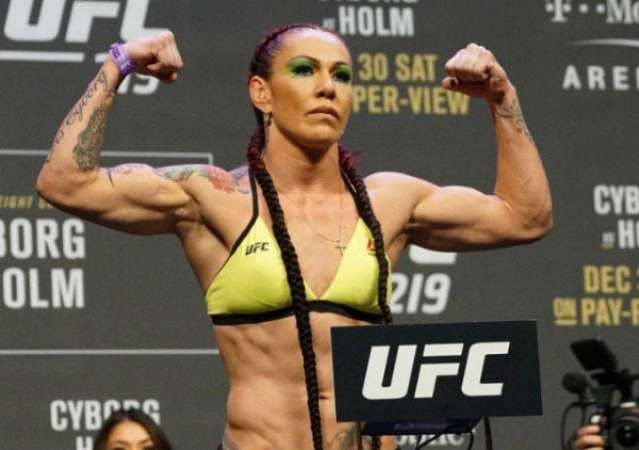 At number 4 in this list of top 10 female MMA athletes 2023, we have Cristiane “Cyborg” Justino, which is a fancier name given to Cristiane Justino Venâncio.

She has formerly been Cristiane Santos and was born on July 9 in the year 1985. Fans now commonly referred to her by her nickname “Cyborg” or “Cris Cyborg.”

She is a Brazilian and American mixed martial artist and former Strikeforce Women’s Featherweight Champion. This one in this list is one of the amazing female MMA athletes 2023. 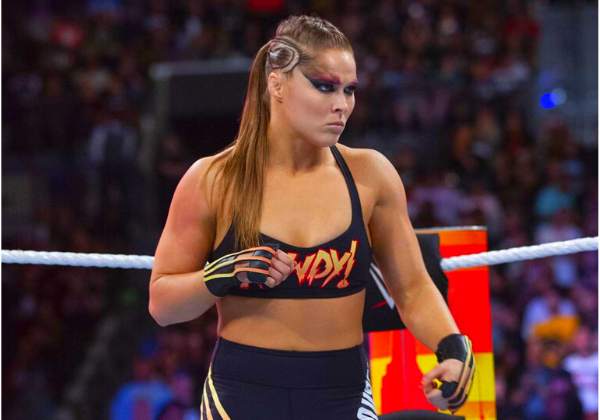 At number  3 in this list of top 10 female MMA athletes in 2023, we have Ronda Rousey. One of the most popular female athletes on Twitter, Ronda Jean Rousey, is an American mixed martial artist, judoka, as well as an actress.

As we all know, Rousey was the first American woman to earn an Olympic bronze medal in judo, which she won at the 2008 Summer Olympics in Beijing. 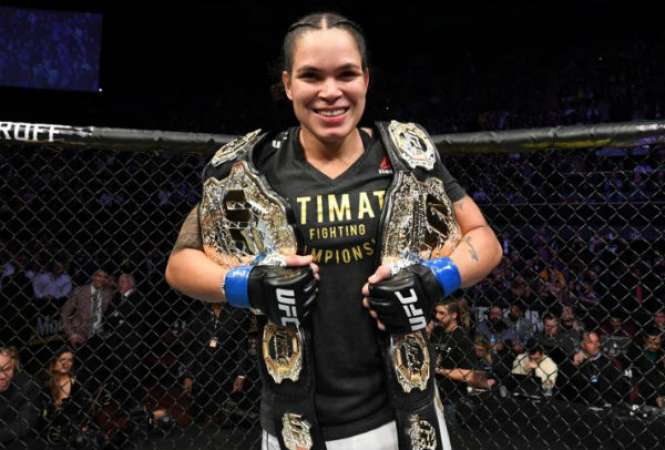 At number 2 in this list of top 10 female MMA athletes 2023, we have Amanda Nunes. She has defeated Ronda Rousey in an even more dominant fashion than Holly Holm did.

Nunes initially grew up in a small town outside of Salvador, Bahia, situated in Brazil. Amanda started her practice in karate at the age of four and followed her training in boxing at the young age of sixteen.

She initially competed in Brazilian jiu-jitsu after being invited to a dojo by her very own sister, who, surprisingly, is also well-trained in the sport. 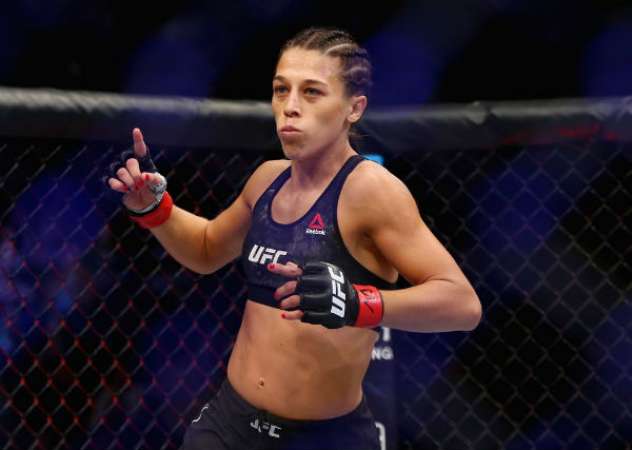 At number 1 in this list of top 10 female MMA athletes 2023, we have Joanna Jedrzejczyk. She is a Polish MMA and usually competes in the women’s Strawweight division of the UFC.

She has been the UFC Women’s Strawweight Champion and the third European champion in UFC history after Bas Rutten in the year 1999 and Andrei Arlovski in the year 2005.

As of July 22, 2016, she is the consensus number 1 female strawweight. Joanna also made her name as a six-time world champion and four-time European champion in Muay Thai.

So, these were the top 10 best female MMA athletes in 2023. Tell us about your favorite Female MMA Athlete in the comments down below.

Q. Who is the number one female MMA player?

The UFC strawweight champion Joanna Jedrzejczyk is one of the best women’s fighters on the roster. Her perfect record of 13-0 makes her the UFC’s longest-reigning active champion outside of Demetrious Johnson.

Nunes goes down! The underdog was Pena! In her MMA career, Nunes is 21-4, snapping her 12-fight winning streak and bringing her record in the octagon to 14-2. Her career record now stands at 11-4, and she is 6-2 in the UFC.

Q. Where does Rhonda Rousey stand?

In the aftermath of devastating losses to Nunes and Holly Holm to close her career, Rousey stepped away from active competition. After dabbling in acting and professional wrestling with WWE, she has since been out of the spotlight as she starts a family.

Q. What is the net worth of Ronda?