We would like to take a quick look at the history of women’s soccer before discussing the greatest female soccer players of all time. In 1894, activist Nettie Honeyball founded female soccer in England. The Scottish Football Association recorded its first match in 1892 in Glasgow.

Since women’s soccer has been banned many times in the past, it was extremely difficult for women to play football at first. At the present time, it is the most popular sport of all time, with the most talented players and millions of supporters around the globe. Nowadays, female soccer players have tremendous fan followings and are incredibly well-known around the world. So, let’s uncover the greatest female footballers. 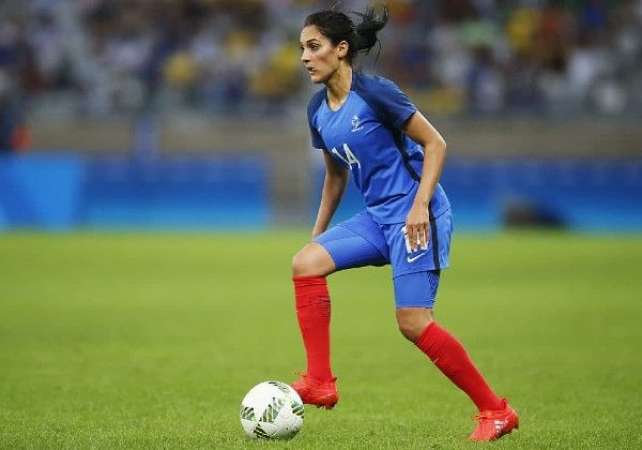 She was the most versatile player of all time. After playing for Lyon, she moved to France for two seasons, where she proved herself a most beneficial player by leading the team to win Cyprus Cup.

Known for her talent as a gifted playmaker, Louisa made history by having such a spectacular career. As a result of her achievements and her skillful manner, she deserved the 10th spot on our top 10 greatest female soccer players of all time. 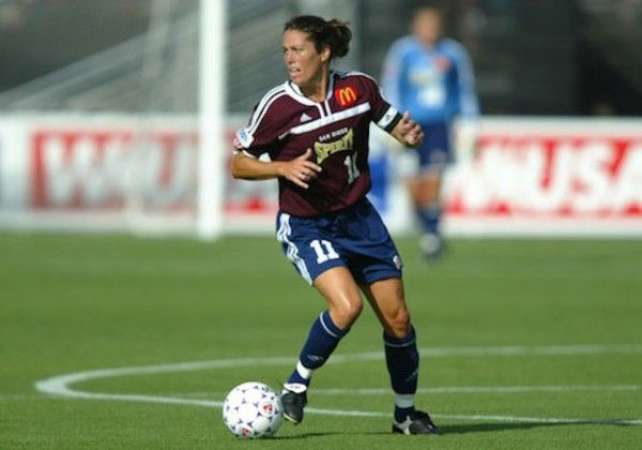 Julie Maurine Foudy is an American former soccer midfielder. She is one of the greatest women footballers, no doubt. While at college in 1989, Julie developed a passion for football, which led to her career.

She spent her entire journey on the United States women’s national soccer team. She is the first American woman to receive a FIFA Fair Play Award. And even after her retirement, she still holds some of the best records in the FIFA Women’s World Cup.

Julie has won many titles, including the Two-time FIFA Women’s World Cup champion and two-time Olympic gold medalist. Known as a versatile footballer, Julia won the Soccer American Player of the Year award in 1991.

She is still admired by many professional football players despite her successful career. Julie Foudy surely deserves the 9th spot on our top 10 greatest female soccer players of all time. 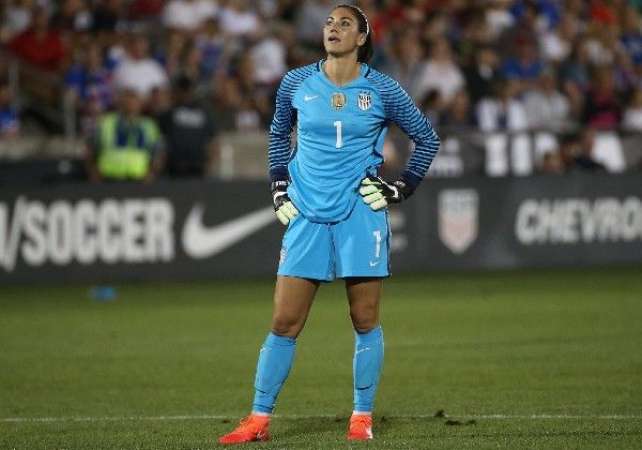 Hope Solo proved to be one of the best goalkeepers in the world while helping the US team win the World Cup.

The hard work and work ethic she displayed made her a well-known figure in the field. Solo is one of those female players who will remain in the top 10 greatest female soccer players of all time. 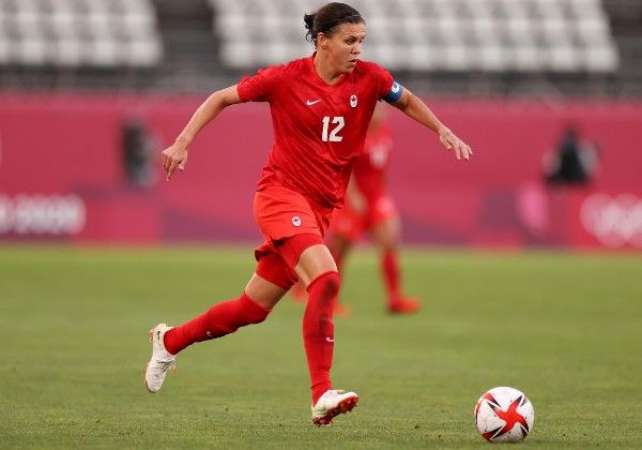 Christine Margaret Sinclair is a Canadian professional soccer player and captain of the Canadian national team. She has got her fame after being one of the most successful players at the FIFA Women’s World Cup during her early career.

She is from a family of football players – her father and uncle both play the game. Christine started her career as a football forward in 2000. And in no time, she became an irreplaceable part of his native side.

The best female footballer of all time, Christine Sinclair has achieved many awards, including one Olympic gold medal, two-time NCAA champion, and two-time WPS champion. She has proved to her country and her fans that she is one of the most promising and well-disciplined players. 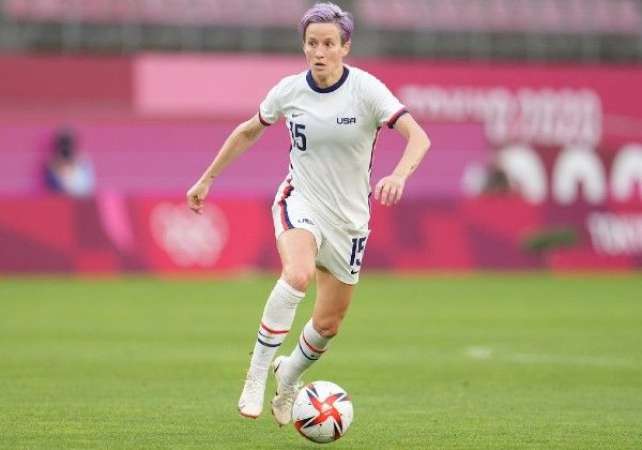 Megan Anna Rapinoe was an American professional soccer player who played as a winger and captains the OL Reign team of the National Women’s Soccer League. She is also one of the most popular female footballers in the world right now.

In her entire career, she has joined more than 9 clubs and won numerous awards for those clubs, like FIFA Women’s World Cup for the United States and Division 1 Feminine for Lyon. She is one of the top female soccer players in 2022 to look for.

She won the Golden Boot for scoring the most goals at the World Cup and the Golden Ball for being the best player in 2019. 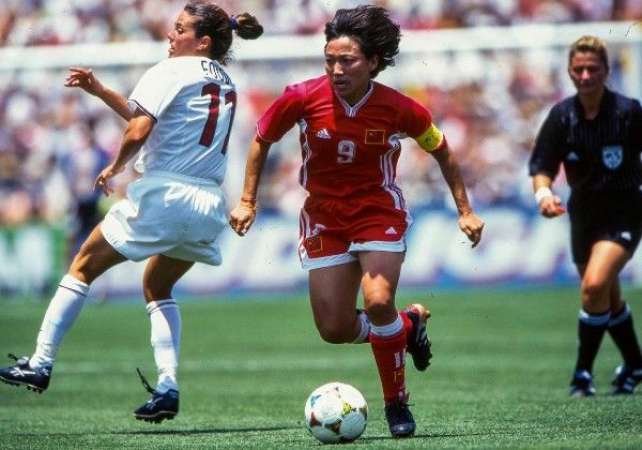 Speed and flexibility are two of her best qualities. During her heydays, she remained one of the highest-paid Asian footballers of all time.

Sun Wen has won numerous awards, including the 1999 Women’s World Cup and FIFA Female Player of the Century. That is what makes her one of the top 10 greatest female soccer players of all time. 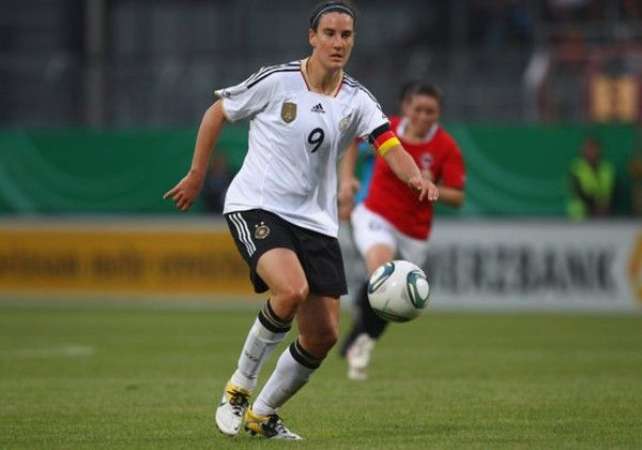 A German former footballer Birgit Prinz, started her career in 1986 at SV Dornigheim FC, where she played only for two seasons, and moved to FC Hochstadt in 1988.

Prinz played 214 games for the German national team and scored 128 goals. Her dedication and accomplishments make her gain 4th place in the top 10 greatest female soccer players of all time. 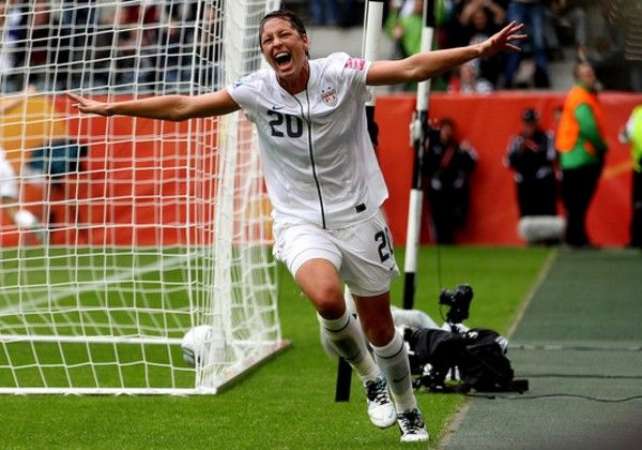 Mary Abigail Wambach is an American former soccer player. She started her career at Our Lady of Mercy High School in 1994. During her heydays, she remained one of the richest female footballers of all time.

From the beginning, Abby was very passionate about soccer, and she worked really hard to touch massive success. After that, she joined Rochester Spirit in 1995, where she played only for 2 seasons.

For centuries to come, she will be remembered. She is also a member of the National soccer hall of fame. No doubt Abby Wambach deserves 3rd place in our top 10 greatest female soccer players of all time. 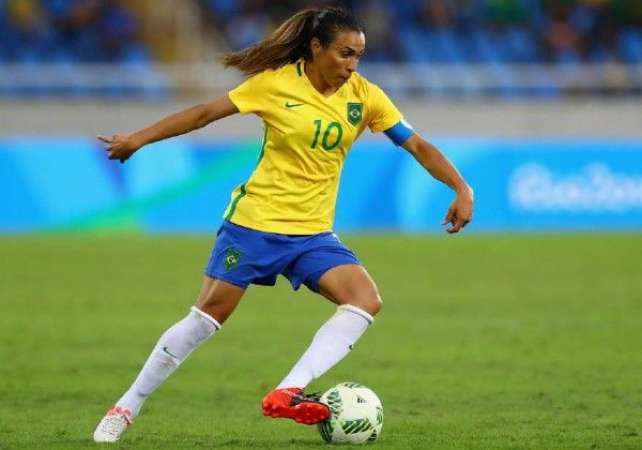 Marta Vieira da Silva, commonly known as Marta, is a Brazilian footballer with both Brazilian and Swedish citizenship. And in the football circuit, she is widely regarded as the best for having some of the most amazing football goals of all time.

She is known for her propensity to be kind and generous. Marta plays for the Orlando Pride in the National Women’s Soccer League and the Brazil national team as a forward.

She has completed 115 goals in 171 matches while playing in the senior national team. She is widely regarded as the greatest soccer player ever.  In spite of her achievements in Brazil’s international competition, Marta has yet to win a major title.

Nicknamed Mattie, she scored 27 goals in 78 appearances for the Orlando Pride. Her achievements and her popularity make her earn 2nd spot in the top 10 greatest female soccer players of all time.

Mariel Margaret Hamm-Garciaparra is an American former professional soccer player. She started her career in 1986 as a Forward/midfielder. And within a short period, she became one of the highest-paid athletes in the professional circuit.

She played most of her career in the United States and showed the world how to overcome stereotypes. She is one of the greatest female footballers of all time and is well known for her speed and vision.

At 15 years old, she was the youngest player in the history of the U.S. women’s national team. Mia has won multiple awards in her career, including two-time FIFA World Player of the Year, two-time Women’s World Cup champion, and Olympic gold medal.

She is known for being the most marketable female athlete of her generation. We believe Mia Hamm is the best female soccer player of all time and should be ranked as the best in the world’s most amazing and highly skilled athlete.

We hope you liked reading our article, folks! Please let us know what you think of our content and our top picks in the comments, or you can send us an email. It would be appreciated if you could respond. Greetings!

Legendary Brazilian female footballer Marta is widely considered the greatest soccer player currently active in both the club and international circuit. She has scored 115 goals in 171 international matches he played for the Brazilian national side. Besides, she has also scored more than 300 goals in her club football career.

Q. Who is the best female footballer in club football?

Wendie Renard is widely considered the best female footballer in club football. She currently plays for the French national side and the French Ligue-1 side Lyon. She helped Lyon to win 14 French league tiles and 8 European club titles. Renard has also achieved her place in the FIFA FIFPro World XI a record six times.

Q. Which female soccer player has scored the most international goals?

Former Canadian star player Christine Sinclair has the record for scoring the most number of goals in international women’s football. She has scored 190 goals in 315 matches she played for the Canadian national team. Besides, she has also scored 27 goals in 19 matches while playing for the Canada U20 team.

Q. Which female football club has the most trophies?

French women’s football club Lyon or Olympique Lyonnais Féminin has the most number of trophies in female club football history. This team has achieved the Division 1 Féminine a record 15 times. Besides, they have also achieved the Coupe de France Féminine nine times and UEFA Women’s Champions League a record eight times.