Have you just started your tennis journey and looking to learn some tips? Then you’ve landed on the right page. Today’s topic is about the various types of tennis shots you should know. Tennis isn’t just about striking the ball, but there is a lot to it.

Professional tennis players practice many shots to improve their skills; these shots help them get the most out of their game. Most beginners are unbeknownst about these important shots. Therefore, they need to learn if they want to get started.

You, as a beginner, can practice these shots and appear confident in important matches. Learning these shots will automatically improve your game expertise and become a professional standing on the court. The serve is one of the most crucial shots of the tennis game. The quality of the tennis serve highly depends upon the player. A player can choose to serve the opponent with the fusion of spins and strength. Therefore, there are many types of serves relying on players’ skills.

Most players use a game of tennis serve to get a lead over the opponents. It’s like a weaker reaction to a more powerful action. Therefore, the initial point setup should be full of strength and variety. This will deceive the opponent, or it might end up with a point gain. And for that, you do need high-quality tennis strings to support your power outburst.

If a player has a step above the baseline, he’ll have to try another serve attempt. The server fault also applies to a player who has struck the ball into the net. So these conditions count in the server fault for a player. A player can lose a point if he hasn’t succeeded in serving for two consecutive tries. It’s another very popular tennis shot that promotes a sheer impact on the opposition. This type is in great practice among most tennis players these times. Usually, when a player gets on to the ball without waiting for it to bounce, it’s the volley shot.

This is one of the most prominently-used types of tennis shots you need to know. A player would want to strike the tennis ball with all his might in this shot category. Volley shots are very impactful to the game, and one must be aware of this shot. The volley shot comes out close to the net section or mid-court.

This shot is super strategic when it comes to the placement of a player. A player can easily pick a place to strike to get difficult for the opponent to reach. As a result, it can result in an easy point.

Also, the shot is super influential even with double-player matches. Players can get a better view of selecting the best possible angle to the point. This shot mostly happens near the net area as the players approach to take control. This is among the very important types of tennis shots that most players practice. It’s one of the basics groundstrokes that you need to learn as a beginner. Here, the shot is struck all across the whole body with substantial hand strength.

The shot takes flight from low to high, ending at the shoulder’s height. Players usually stretch their bodies to achieve a great effect or strength back to the opponents. Still, there are ways to carry out this specific tennis shot properly.

It also relies on your hand’s grip promoting strength back to the delivery. The players can strike a forehand shot with just one hand if they have the right grip. Otherwise, they can also achieve it with two hands when they are out of balance.

Most players generating topspin with their forehand shots are more successful. This very shot can become your powerful point in the game, depending upon its usage.  And if you are playing with the balls made for hard courts, this shot can definitely win your game. 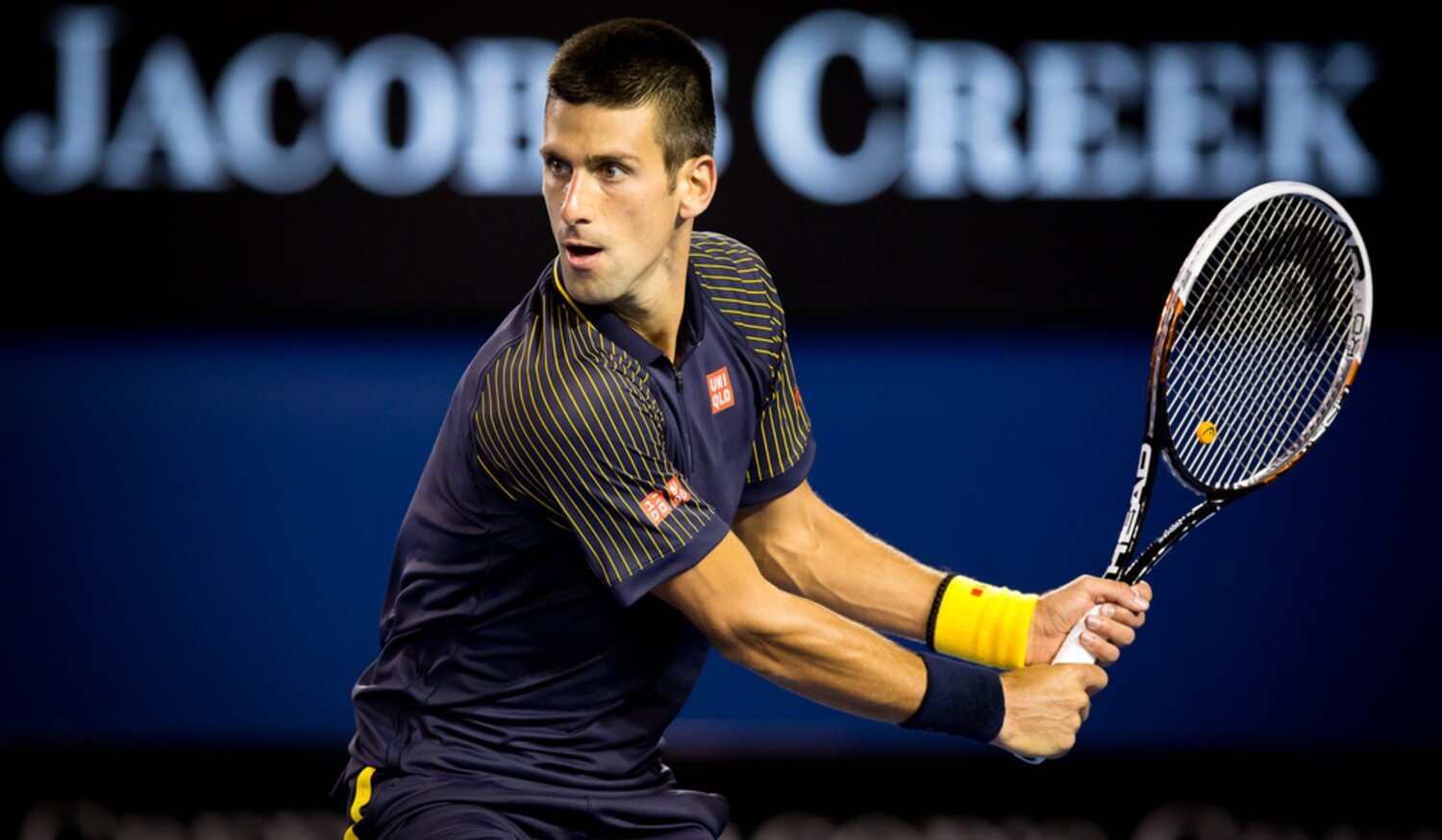 Most players will learn backhand shots after getting familiar with the forehand shot. This shot uses one hand or two-hand to get the momentum going on. Backhand shots are common shots and play with a non-dominating side of a player.

Players often use both hands to gain stability back because players have trouble achieving stability on their non-dominating sides. Some players manage to strike back with one hand for more reach of the delivery.

It’s often hard to produce the backspin and stability with backhand shots. Therefore, most players use both hands for backhand shots to achieve stability and topspin. High-quality tennis overgrips can help you to achieve better grip during a powerful backhand. The overhead shot looks similar to the tennis serve, but it’s a follow-through shot. This shot can be a great response to the lob shot, for example. Overhead shots links with power and strength.

It’s a power shot for a reason that the body naturally gets when playing this shot. It would be best if you were treating this shot with great accuracy and precision. In many cases, players get pumped up, and they lose accuracy and end up on the net.

Overhead shots can go out of the other player’s boundary. So players should be considering this shot with full concentration. The racket swings swiftly in a downward direction offering sublime power and control in the game. A lob shot is one of the most-used types of tennis shots in the game. Players usually hit the ball, lifting to a good height and in the depth of the opponent’s court. There is no backhand or forehand limitation when it comes to a tennis lob shot.

You can play a lob shot depending upon your placement on the tennis court. A lob shot can be very crucial when it comes to defense purposes. Players also apply this shot when they are looking to get some time for repositioning.

There are many ways to get the most out of your lob shots in a tennis match. Lob shots are of great value when the opponents are close to the net section. Players can try to perfect it by chasing the perfect angle and the opponent’s positioning. 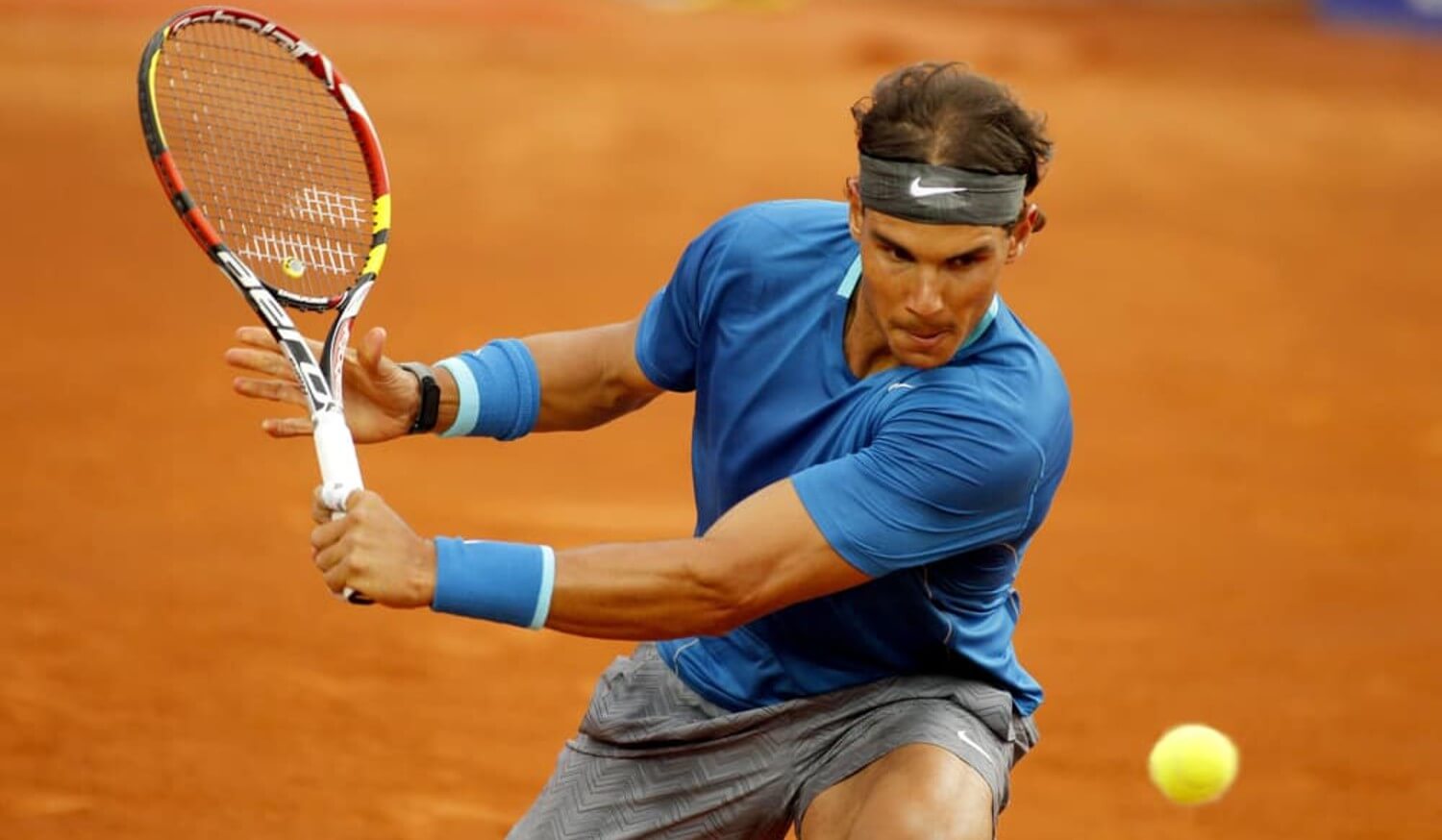 It’s another very clever shot that most players use in their tennis game strategy. This shot observes when a player wants to slow down the game pace. It often makes players super confused in the game.

Opponents will have to reach a downward state for replying to the shot. This shot also removes backspin and topspin, if any. Therefore, it’s a great recovery if you’re falling back in the competition.

You can now even practice this shot with the help of top-rated tennis ball machines if you don’t have a partner for practice. A drop shot is a clever way to catch your opposition off-guard. A drop shot is like a gentle drop, usually from above the net. You suddenly change the temperature of the game by slowing down the striking pace. This shot is in practice for various good reasons.

If you are a gorgeous lady with tennis prowess, you do need high-quality tennis shoes for women to get a perfect balance while executing this drop shot.

Q. What is the most basic tennis shot?

Q. What is the most difficult shot in tennis?

Backhand Smash is the most challenging shot in tennis. Among all strokes, it uses minimum as it is hard to play.

Q. What is a high slow shot called in tennis?

As a tennis shot, the lob is most commonly shot for defense. An angled shot with a high trajectory is known as a lob in tennis.

Q. What is the first shot in a tennis rally called?

Ground strokes are the foremost type of shot in tennis and one of the most common or essential. As a forehand or backhand, groundstrokes are usually hit from a few feet away from the baseline.

As we all know, Tennis has several benefits to offer. But, learning the above tennis shots is crucial for beginners. These shots are going to help you build your tennis strategy for surprising the opposition. Each specific shot serves a unique purpose to the player’s benefit.

The tennis game improves day after day, and that’s precisely what we’ve learned so far. The tennis game hasn’t been like the same old one, but many changes happen every day. Many new shots are coming into the light, changing the style of the tennis game.

Moreover, learning different tennis shots will bring the most out of your game. You can deceive the opponents with your crafty striking skills, for example. Therefore, learning and mastering these shots hold a great significance in a player’s life.