Not many young players have been on grass courts. The learners mostly play on clay or hard courts that require less maintenance. So, let’s learn how to play better on the grass courts. A grass court is a symbolic tennis court requiring continuous attention.

But one thing is very certain here the ball speed on the grass courts is very fast in comparison to clay or hard courts. This is one of the very distinctive qualities of grass courts. So, learning the right ways to improve your game on the grass court is very important.

Tips To Play Better On The Grass Courts – Professional Tips 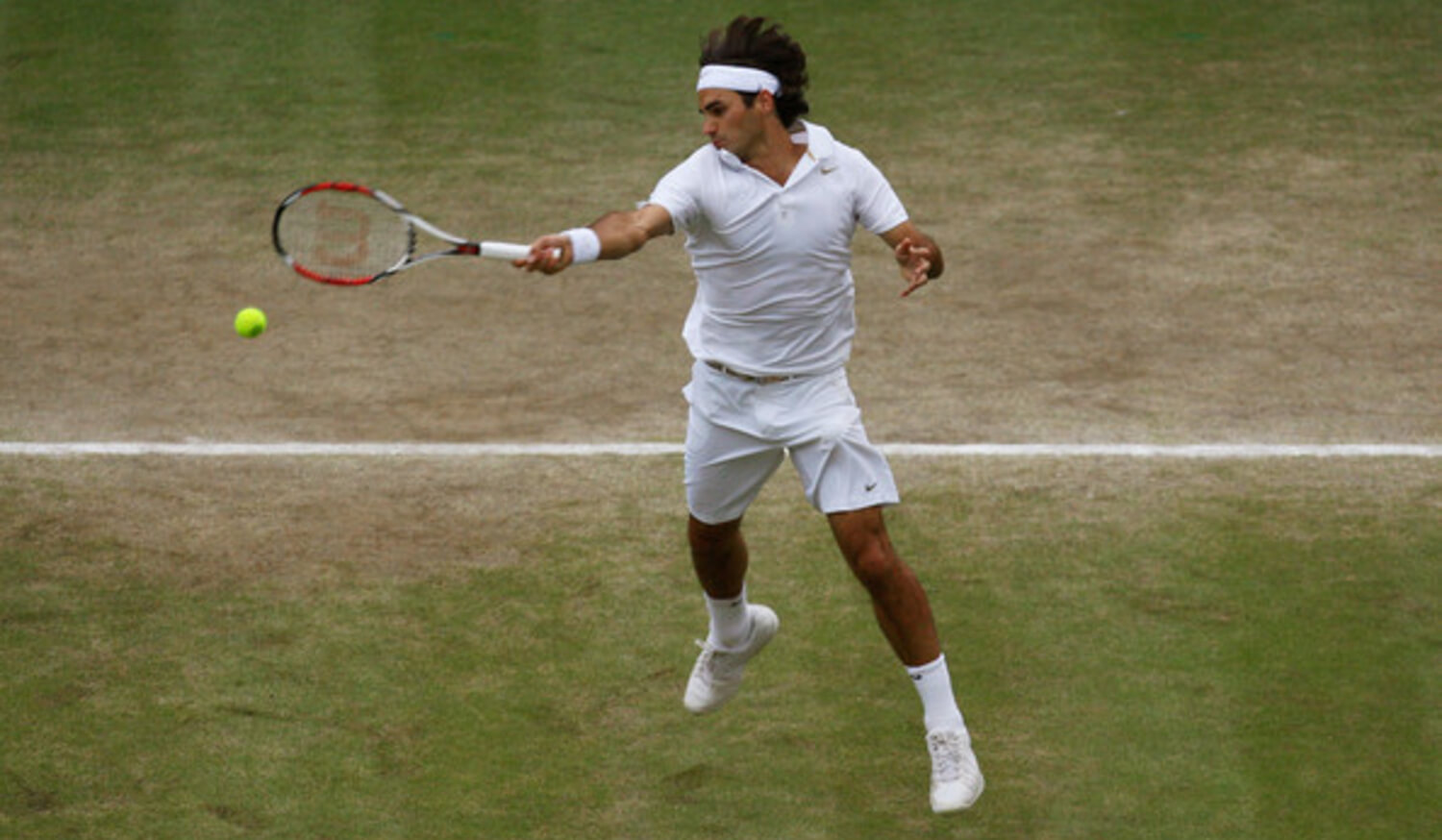 Slicing is a great way to treat your opponents with a surprise. This strategy works great on most grass courts. The players can try this when they are near the baseline or net section. Most players work through passes on the grass courts.

Players can come up with a sudden slice surprise when playing deep on the grass court. The players have to approach the baseline. This means that they need to come near to the net area for the slicing shot.

The slicing shot put the opponents in trouble. This is basically a slight touch from just above the net. That shortens the period for the opponent to get to the ball before the second bounce.

This creates a very clever strategy in the grass courts. So, players must be agile and quick enough to practice slices on grass courts. And for that, you do need to have top-rated tennis shoes to enhance your body balance.

The Unpredictability Of Grass Courts

Grass courts require greater maintenance when we compare them with clay courts, for example. This is another reason why these grass courts are not very common nowadays. They require a lot of work to do, and that is why they are very limited.

They should always be ready to take on different shots when playing on such a court. This requires a lot of practice and expertise. So, practice well and challenge the uncertainty of this surface. And for that, you should grab one top-rated tennis ball machine for better practice.

The ball skids off quickly on grass courts when we compare it to the other courts, and players are required to understand the timing of each ball on the surface. Demonstrating the bounce and timing of the ball can help you get adjusted to the grass surface.

This surface has another great distinction here. The ball usually stays low and offers faster movement than on most courts. This just tells how to play better on grass courts. Then the ball travels swiftly through the surface, staying comparatively low from the ground.

While playing with top-quality tennis balls for hard courts, players need to stay active and sharp because the game on the grass courts is shorter and quick. The players must have great consistency with their shot selection with added speed on offer.

Potent serves are the best way to complement your tennis game on most grass courts. The powerful serves leave the opponents with almost no reaction time. That is because of the greater speed of the ball on the grass.

But the players must learn the precision and accuracy with the serves they’d shoot on opponents. The players are first to assess the conditions, and then they get a better idea about a better start.

Your service must be quick and strong, leaving your opponent with no time to react. This often leads to a great lead in the game, for sure. But, this can generate immense vibration. And to nullify that, you can use a high-quality racket vibration dampener.

You need to play with a sharp mindset when on a grass surface. The game time on the game surface is shorter than on the other tennis courts. So, it usually requires sudden game shifts that you are going to impose.

This game is better with more surprises. You can limit the game of your opponent like a champion. This can only be done with quick and flattened returns. Take more space involving your tennis court area.

The game has its foundation set on quick response action throughout. So, players are in requirement to make quick and better shot decisions that lead them to victory.

Fitness is another big reason why some players don’t perform up to the standards. Professionals are always practicing even though they are pros with skills. Practicing often can build your stamina, and it ultimately boosts your performance in every match.

Therefore, if you’re willing to play on speed grass courts, you’ll have to practice more. Practice can even bring about better shot selection and revision to make them perfect. Just install a top-rated mini tennis net in your backyard and start practicing.

Playing on grass surface requires great strength and consistency despite fast game. Consistent players are more likely to take the lead in the game. These are the players who have built on their stamina.

As compared with other types of surface and tennis courts, the grassy courts come with a different type of pace and surface impact. The players do not have to slide their feet to reach out for the ball here. Plus, the quick and sharp movement of the body along with the balancing position of the feet are required here.

Alongside, the sprinting of the player’s feet is noticeable but do remember that if you keep sliding on the grass court, it can cause severe injuries. Keeping in mind the quick response of the grass court, the players have to be attentive and firm during the stopping position.

One of the main points here is to keep your feet placement light so you can easily cover the ball strike on the grass court. If you are a lady, you can definitely use some best-rated women’s tennis shoes to improve your movement.

Timing Of The Racket

The time duration of moving the ball on the grassy court is comparatively quicker than on the other courts. Therefore, the players need a backup of the rackets’ position to confront the ball coming more quickly.

Also, a tip here is to not pull along the racket much to the back position; just simply make a comfortable and manageable angle. You can surely use some top-rated Volkl tennis rackets to get a faster racket swing.

A Point To Notice

The players always get an inconsistency on the grass court with unexpected bounces on the balls. Thus, sometimes, the players get confused with irregular bounce during the ball strike.

However, the only way to manage that thing is to get prepared for something unusual at some point. Because the players can get the bouncy shot of the ball and maybe a little less bounce at the second point.

Q. How do you win tennis on grass?

Few simple and easy points to winning tennis on grass. First, don’t wait to take the ball. Second, for low shots, you need to practice getting low. Third, points should be simplified. Fourth, playing on grass is similar to playing on clay or hard turf. Fifth and most importantly, if the surface is fast, try to shorten your backswing.

Q. Can you play tennis on the grass?

It was originally called “lawn tennis” and is one of the types of tennis courts to play tennis. However, grass courts need regular maintenance and have a high maintenance cost than hard courts or clay courts, despite being more traditional.

The bottom of the ball slows down more than the top of the ball when it impacts a high-friction surface, causing a sudden increase in spin. Although grass courts are faster than hard courts due to a lower angle, hard courts are more frequent in post-bounce speed.

Q. How hard is it to maintain a grass tennis court?

It’s a pleasing experience to play on grass. However, natural grass or turf courts are very rare in the United States; there are only less than 500! This is mainly due to the difficulty of building and maintaining grass courts. 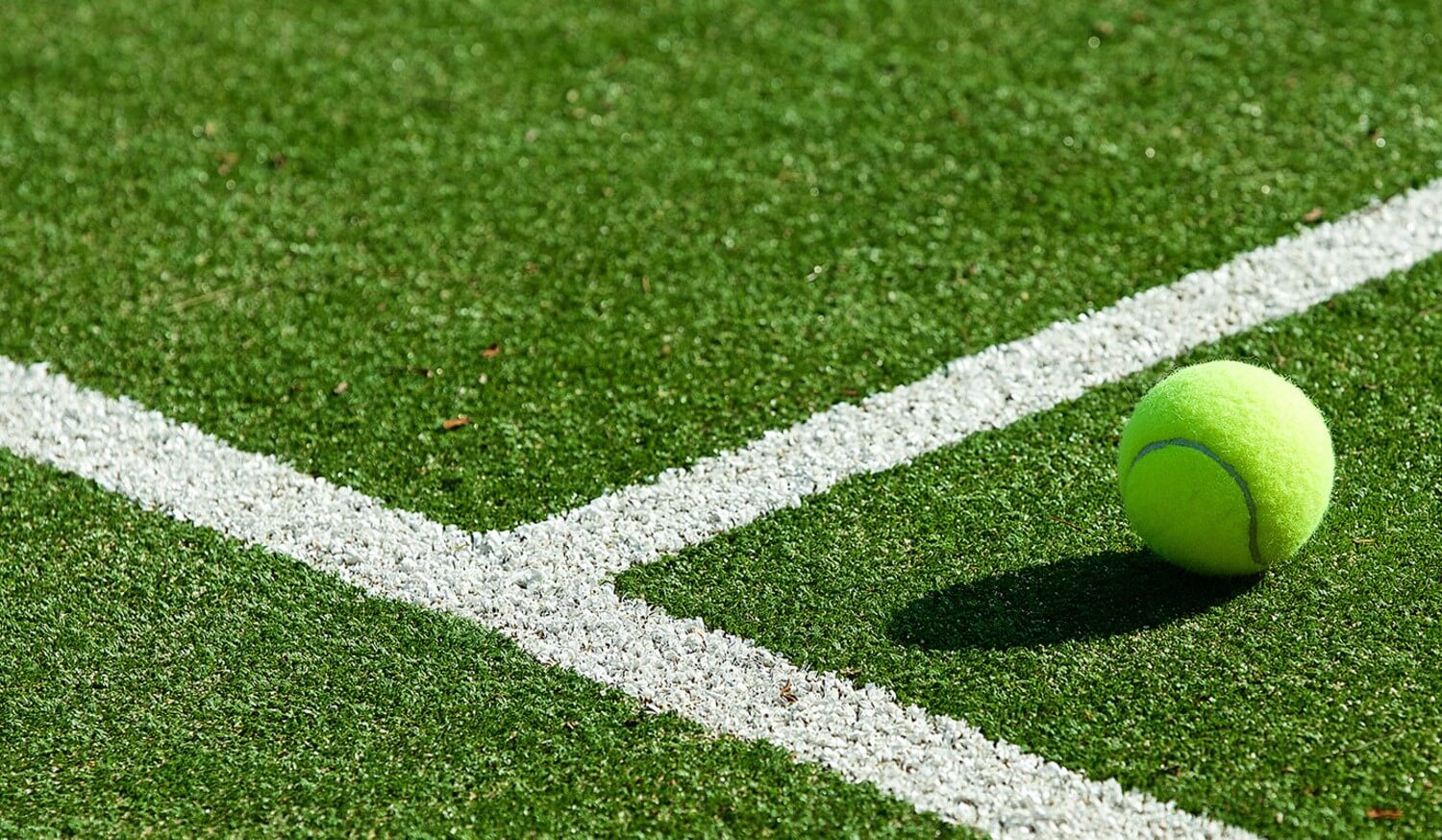 So, here we have discussed all the possible ways to follow and know about how to play better on grass courts. The players need some attention regarding their placement of feet and body position. Moreover, the backing of the racket due to the quick ball working also helps on the grassy court.

Alongside, as we’ve discussed earlier, the grassy court has unpredictability together with inconsistency in the bounce. So, the mind of the player needs to be sharp and versatile before getting toward the shot. Plus, we light feet placement on the grassy court rather than sliding.