Players idealize professionals and try to adapt their set of expertise, just like Ma Long was the greatest player in table tennis. Learning the footwork of Ma Long is easier than ever before.

We are going to provide you with the best things that you can learn about his sublime footwork. You can try practicing these techniques to become another legend like Ma Long in table tennis.

We are breaking every point to cover the sharp features of his footwork for a better overall understanding. So, you can learn and imply these techniques personally.

The Footwork Of Ma Long | The Untold Secrets 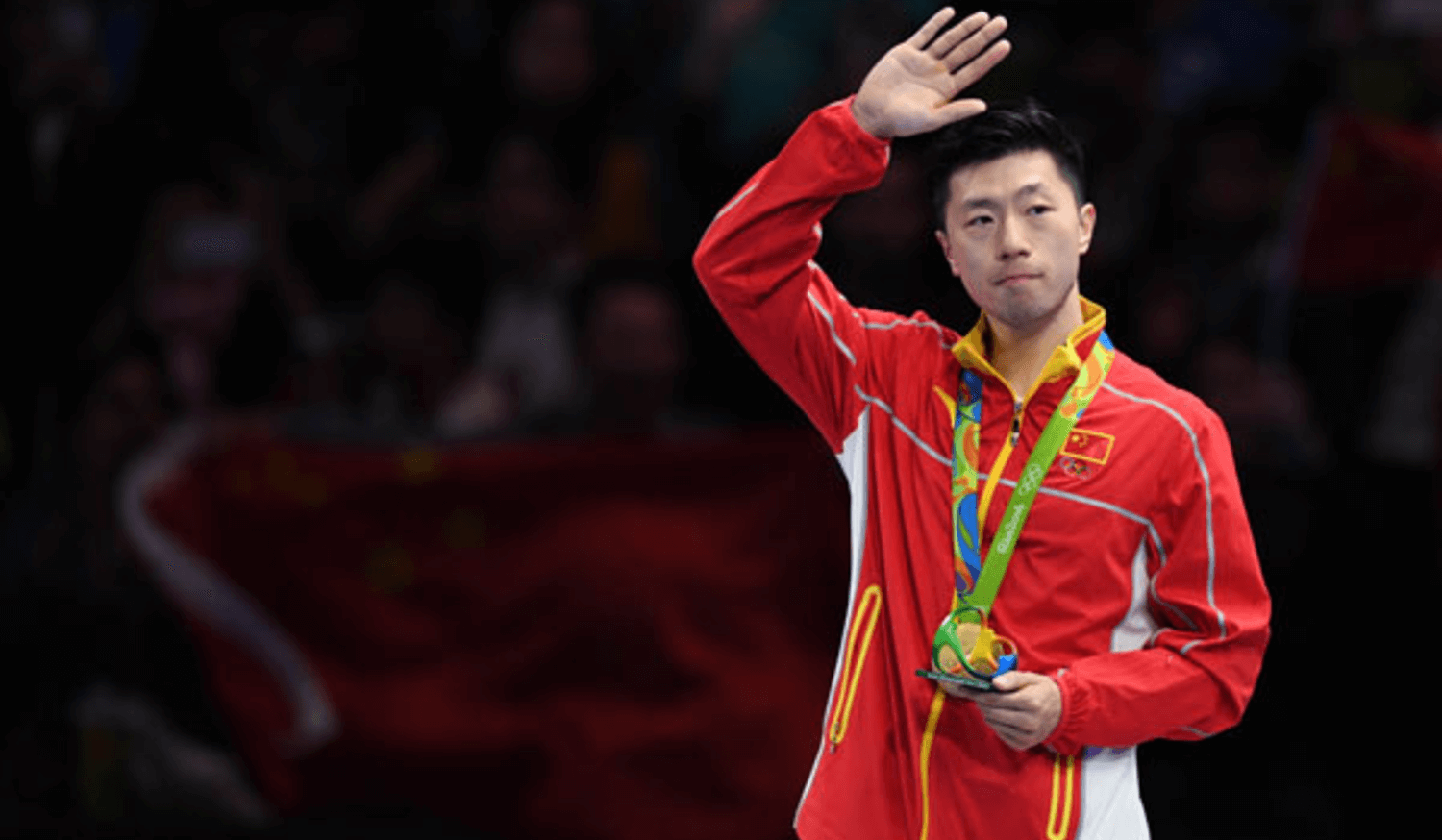 Strength Of Legs In Ma Long

He has trained his legs to act as a powerful weapon when playing in important matches. There is a specific way he stands and keeps his legs always in the right position to strike. He put most of his body weight on the legs that lean forward. Besides, he always uses specially-designed table tennis shoes for professionals.

There is this prime reason for having strong legs, and that’s about the basis of footwork. Your legs support the footwork that you perform in the matches. That is why Ma Long has been able to dominate all sorts of match formats. There are some drills that you can practice to make your legs stronger, like Ma Long.

You can notice that his legs are far apart from each other. Both his feet are more than shoulders length apart from one another. In addition, his knees are bent, powering his unique ready position. He prefers to keep his head in the direction of the play.

That is the ready position he idealizes for his match strategy. Most professionals use this stance that proves its worth in every possible way. Even if you have your little champs practicing, you can buy one of the best table tennis shoes for kids and let them achieve perfect footwork in no time.

Ma Long uses both his legs for his quick springing action in the matches. It’s just like a two-legged jump where he moves in the specified direction where the incoming ball approaches. So that springing action is super-fast as Ma Long does it.

He moves from one side to the other with a quick transitional movement that is highly professional. You can practice his stance and two-legged jump to enhance your footwork just like him. Additionally, this footwork is faster than the most we have seen from most players.

It makes it quick and simple to move about the right and left direction on the table. He covers the table with this smooth movement of the two-legged jump. So, have one of the top-rated table tennis training sets and try to mimic Ma Long’s double jump with that.

Note: Like normal jumping, players usually step on feet one by one, comparatively slow. Ma Long double-legged jumping is way faster because of its quick springing while jumping at the instance.

In the Ma Long rally positioning, the player will be standing by fronting his side to do the pendulum serve. After performing the service, the player will have to push off the left leg first with the support of the right leg. Then the quick jump of two legs will get the position at the instance with proper coverage of the shots as well.

Now, the covering of sharp and lengthy cuts will be easy to manage because of the legs’ wide-angle positioning. A plus point here is that the player will not have to move the whole leg position as compared with the foot stepping in normal positioning.

The main focus is to cover all the serves from both left and right sides along with the front hand serving. So, just have one of the top-quality table tennis training robots on your side and start practicing this footwork.

What If The Ball Strike Is Too Wide To Cover At The Same Position?

Therefore, he moves slightly and adjusts to playing using his hip and waist transition. That movement helps him get his paddle back to the striking position and strike. You can also follow these steps while having one of the most affordable TT tables on your side.

Feet characteristics during jumps: Both of the feet will have to be apart from each other while making a jump in the Ma Long footwork. Even while moving a bit, the short double-legged jump will be enough to cover the ball. This practice will save much of the time rather than stepping one by one on the feet.

FAQs Regarding The Footwork Of Ma Long

Ma-Long standing position technique is prevalent among professional pickleball players. As we mentioned above, the wide-angle leg’s stance is a major point to consider here to perform the Ma Long footwork. In the meantime, both of the feet will have to be apart from each other with firm placement on the ground.

Q. What racket does Ma Long use?

Ma Long always prefers something firm and professional for Swifty, and low-angle strikes. He recently experienced the DHS Hurricane Long 5 with custom-made rubber as well. 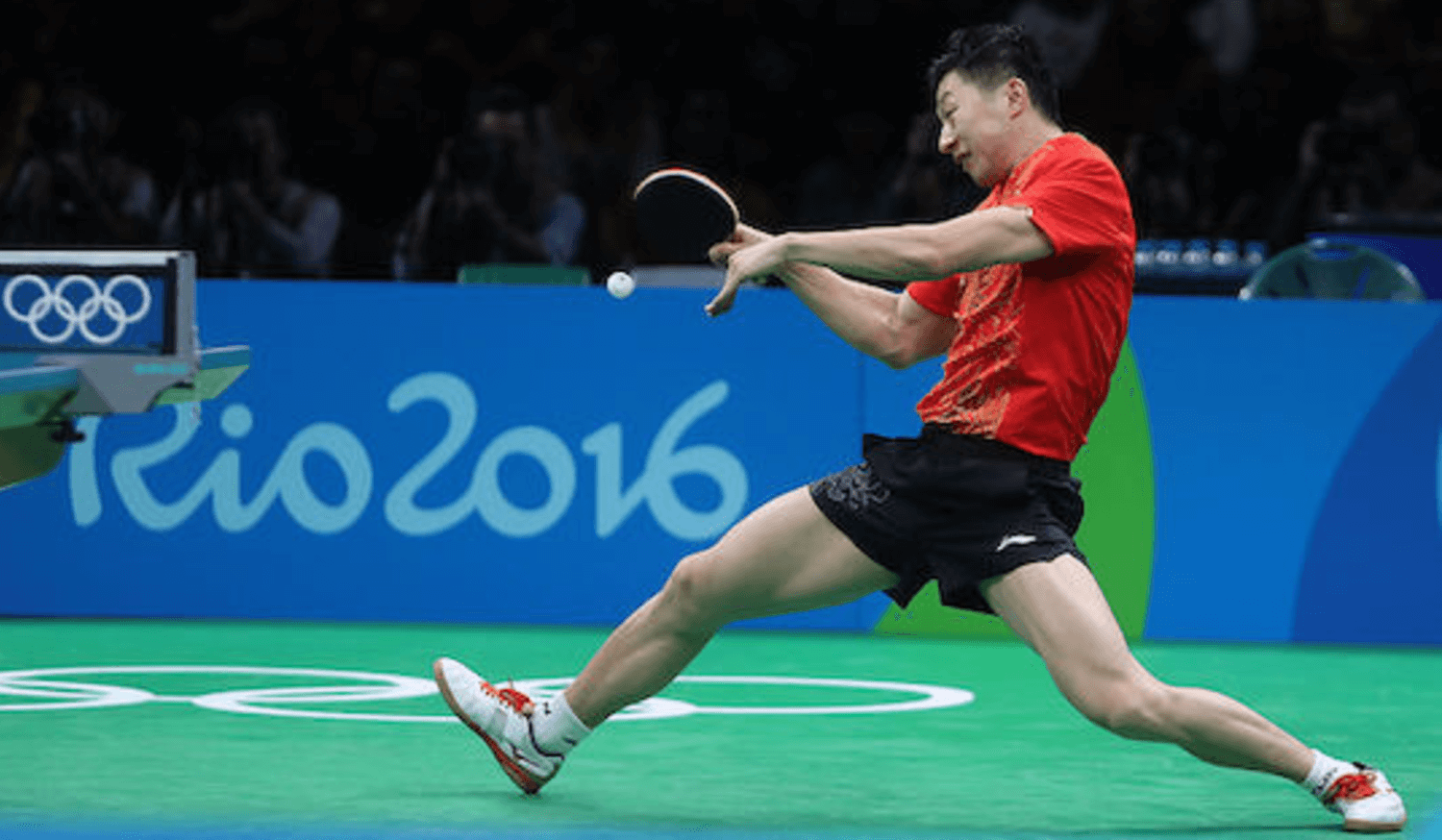 We have discussed all the major aspects of the footwork of Ma Long. No doubt, Ma Long’s gaming techniques are very professional, even for beginners to learn them. You can simply start from the initial positioning of the legs to practice the same performance as the Ma Long.

Furthermore, the firmness of the legs is the major point to consider with wide-angle placement, as we mentioned above. The player can also make quick double-legged jumps with feet apart from each other. The rally positioning is also a professional step to follow for delivering the exact Ma Long footwork.