Unlike the other type of flicks, the strawberry flick in table tennis holds a handy position for professionals. How? It is because of the innovative techniques used in the serving of this strawberry flick.

The outcome of this mechanism is very effective on the opponent because the player will get confused while facing the ball. Moreover, the strawberry flick is very helpful if the player is fast and responsive during the gameplay. It can surely help you gain points and change the whole scenario of the game.

But now comes the question of how can you perfectly manage to perform the strawberry flick? Well, there are some major aspects to consider, but no biggies; let’s get toward the discussion and know it thoroughly.

We have recently reviewed the top-rated men’s TT shoes and also the highest-rated women’s TT shoes. However, you do need to know about all the great shots in table tennis before you are ready to dominate. So, here are the steps to perform the strawberry flick in table tennis. 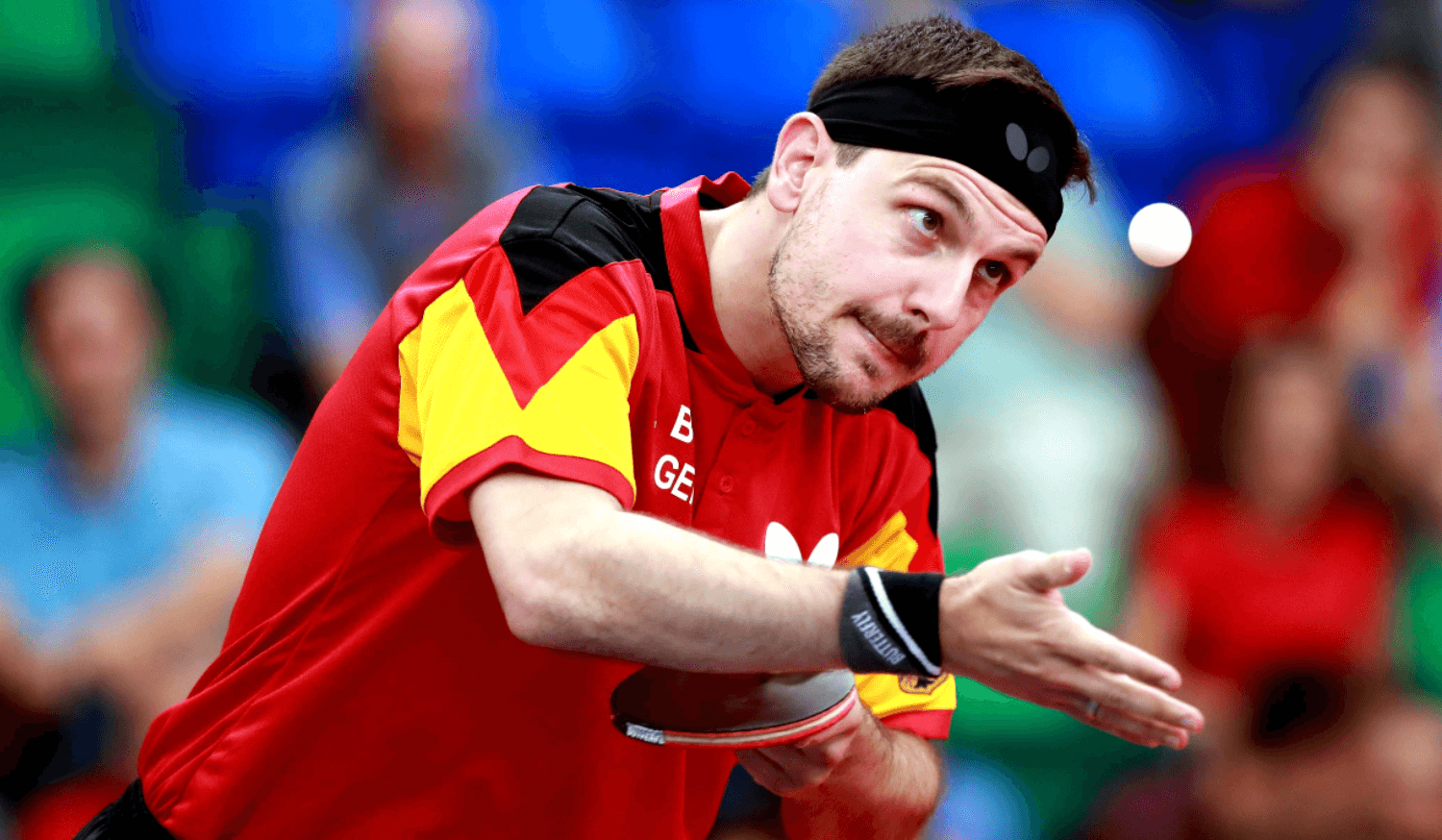 Opposite The Banana Flick

Keep in mind that you have to hit the ball on the other end of the paddle to execute the strawberry flick. You can use any of the pro-rated table tennis shoes to perform much better in the actual scenarios.

The main technique is to use the flicking of the wrist in the given direction of the strawberry flick (opposite the banana flick). A portion of topspin will also be required while performing the wrist flicking.

Moreover, the paddle’s exhibited topspin will also provide safety for the table bouncing toward the opponent. You can definitely use one of the best-rated TT paddle rubbers on your side to enhance your performance.

Note: The player doesn’t need to push the forearm much to make the flick in the wrist flick. Simply hold the arm in a particular position (strawberry flick) and flick the wrist with some topspin.

After holding the arm in the specific position where you don’t use the forearm much, move the paddle from back to forth and use the wrist flick. The movement of the paddle in that particular length will also make a sidespin impact on the ball. The topspin will be handled by the wrist flicking position that will keep the ball in diverting movement toward the opponent.

What’s the catch? The basic purpose of the sidespin is to move the ball away from the opponent. It will also make it difficult for the opponent to cover a wide-angle shot in such a hurry resulting in points for you. You can use one of the best side tapes for TT paddles to further enhance your performance.

Where To Hit The Ball On The Paddle?

While performing the strawberry flick, make sure that you strike the ball down near the end of the paddle’s edges. Why? Because it will let you gain more time to strike, and additional time will let you cover more length to launch to the paddle. The more you pull the paddle backward for the strike, the ball will exhibit more power and speed.

Now imagine, a powerful strike with a sidespin impact moving toward the opponent is a professional idea, of course. This striking duration will also let you have control to decide whether the shot will be fast or medium. You can surely use one of the best-rated table tennis training sets and you are ready to dominate.

The main purpose is to gain the points. For that purpose, the strawberry flick in table tennis can be the favorite shot for the players. As we have discussed, the banana and the strawberry flicks are two contrasting strikes in the game. The opponent will get confused because the physical body movement for both flicks is quite the same.

It’s just a tricky change in the movement of the wrist. That will lead the ball in either right direction or left, obviously, depending on the flick. Furtherly, even the wrist movement is not very different; it’s just the opposing strike of the paddle at two facing ends. You can also use one of the highest-quality TT paddle sets to complement your performance.

Also, adding the starting position of both strawberry and banana flicks is the same, which is quite interesting. It will mainly help you add some sidespin to the ball. Thus, the opponent can also lose sight while having ambiguous assumptions at the time about the ball direction.

Q. What is a strawberry shot in table tennis?

The strawberry flick is a tricky sidespin shot with some added topspin on the ball. As compared to the banana flick, the direction of the striking strawberry flick is mainly on the other end of the paddle. Plus, it’s the 3rd counted shot given in table tennis with a prominent side spin factor that every player loves.

Q. What is the flick in table tennis?

A flick is simply when the player uses the wrist charge to produce spin and then strike on the short ball. The players are also in the same short push position with a slight use of the forearm together with the wrist.  Moreover, the flick allows the player to modify the ball’s spin, whether it can be side or top. The player can also manage the way of direction while striking the ball with a flick. It will also enhance the power and speed on the ball as compared with the average shots.

Q. When would you use a forehand flick in table tennis?

The player uses the forehand flick when the ball is if in the left side over the table. Noticing the ball would bounce 2x on the side (your side). Additionally, the player uses the forehand flick to respond to the short to the middle ball as an attacking type stroke. In the meantime, the short ball will then be difficult to play with some added spin in the forehead flick that will confuse the opponent.

We mainly focus on the general aspects regarding the way to produce the strawberry flick in table tennis. Even after learning this technique is quite easy to beneficial in gaining points in the game.

You can learn step by step by exhibiting the exact stance and the arm positioning mentioned above. This flick type will also let you add side and topspin on the ball with an additional speed factor as well.